According to the Mayan calendar, the world is going to end on December 21, 2012. Either no one told the owners of Chimichanga, or they’re not great believers in the ancient civilization’s powers of prophecy – but they certainly believe in their design influence.

The cultural legacy of the Mayans, and the Aztecs, formed the basis of Brown Studio‘s interior work at the Mexican restaurant in, ahem, Billericay. From the geometric floor design to the temple effect of the ceiling, Chimichanga is rife with visual allusions to the extinct cultures, although the venue, part of a UK-wide chain, is very much alive and kicking with all the spice of a good jalapeño pepper.

The folks from Brown have sprinkled a bit of contemporary Mexican street flavour into the mix, and the vibrant colours of the country, coupled with as many different wall and seating designs as we’ve ever seen under one roof, come together to give the place loads of energy. We predict good things for this restaurant, Mayan calendar be damned. 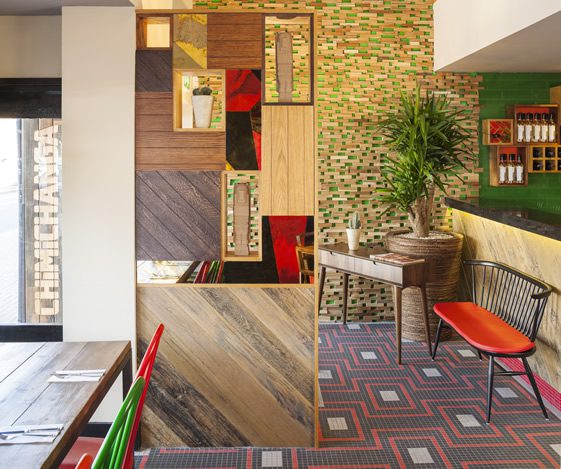 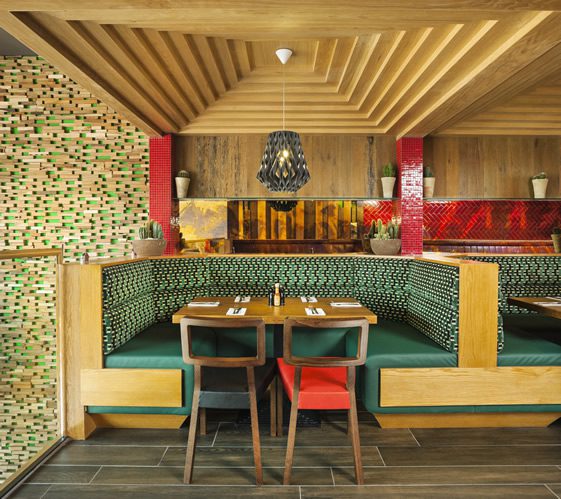 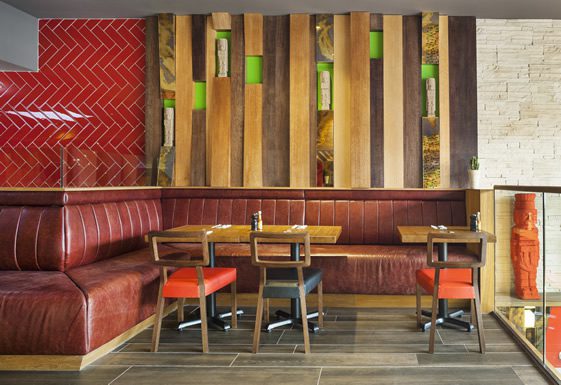 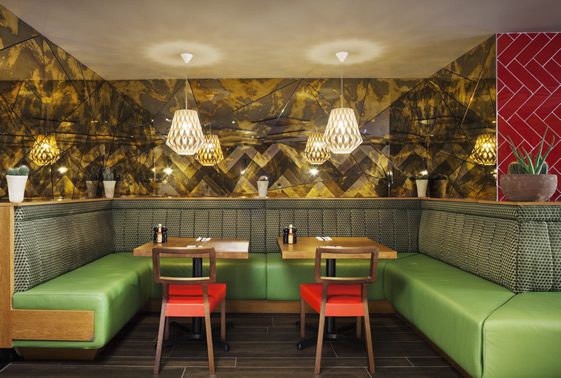 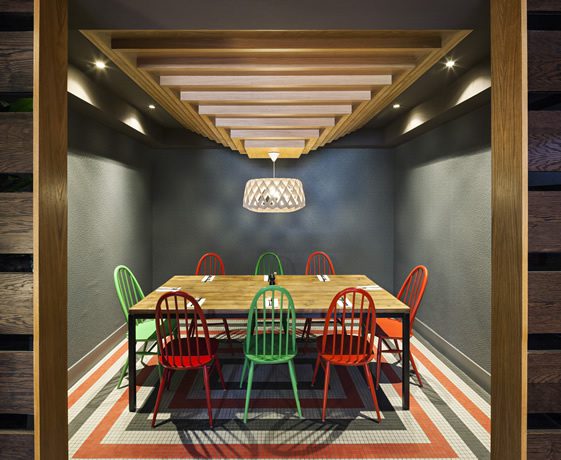 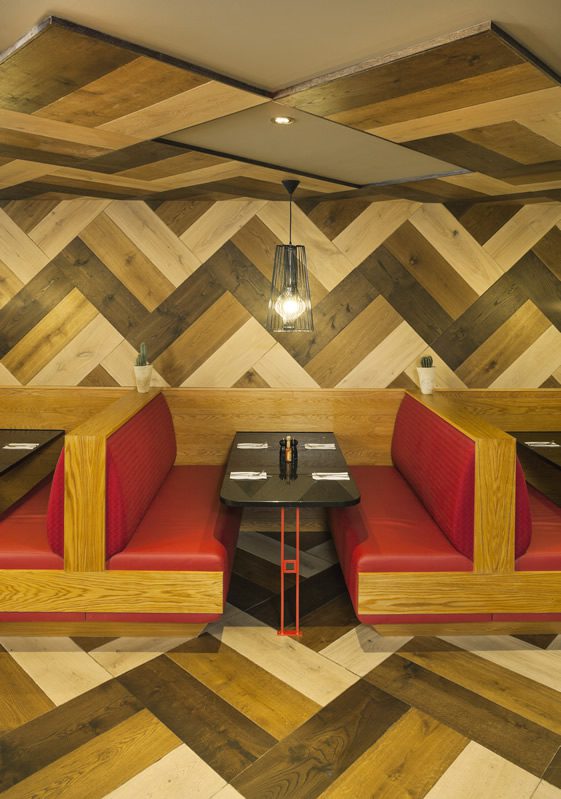 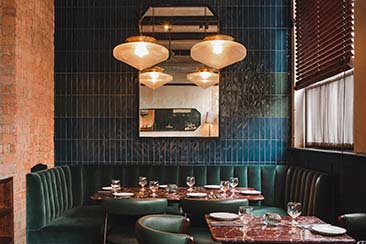 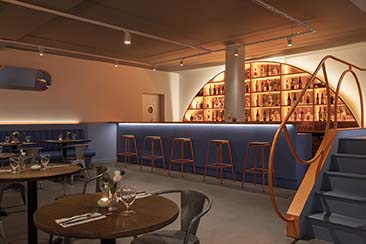 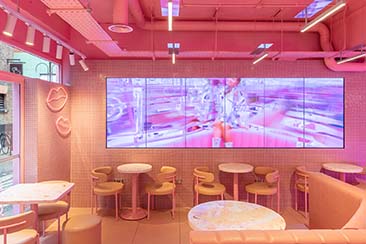