Britain hasn’t seen an influx of Nordic folk on this scale since they were pillaging their way around our villages a thousand odd years back, but this time around they are all about giving, especially in the area of London restaurants.

Marylebone’s latest addition, Tommi’s Burger Joint, is rather self-explanatory in theme and purpose. The Icelandic chain was founded by Tomas Tómasson and has five restaurants across its own island. The titular Tommi (that’s him in the monochrome picture looking very scary) is coming over to supervise the new outlet’s initial launch, rolling up his sleeves to flip burgers alongside his permanent head chef.

Despite the foreboding exterior branding, inside Tommi’s is surprisingly bright and light. It’s being marketed as an American diner style restaurant, but we’re not sure about that in design terms – although you do get a plastic basket for your burger. Anyway there’s a good helping of rough brick as is standard these days, with exposed ventilation ducts similarly industrial, but the reclaimed patchwork wood, especially on the ordering counter, is nicely done, and the fairy lights overhead lend a bit of levity. Get yourselves over there, you wouldn’t want to upset Tommi, would you? 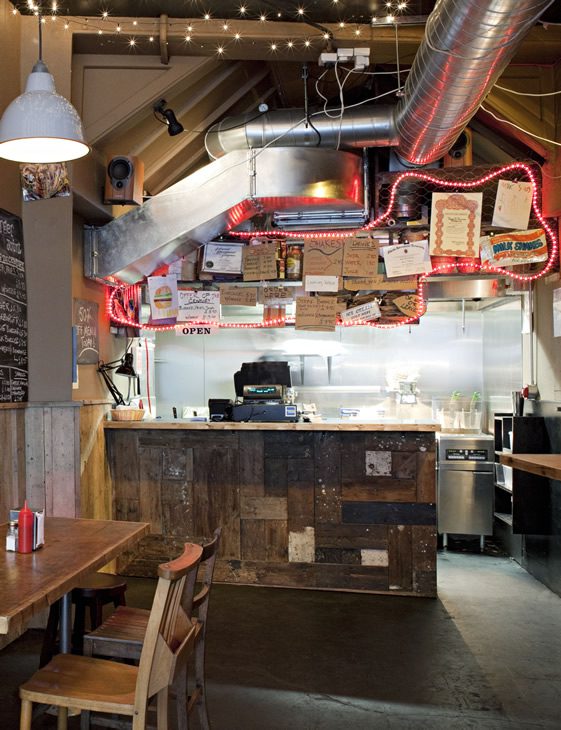 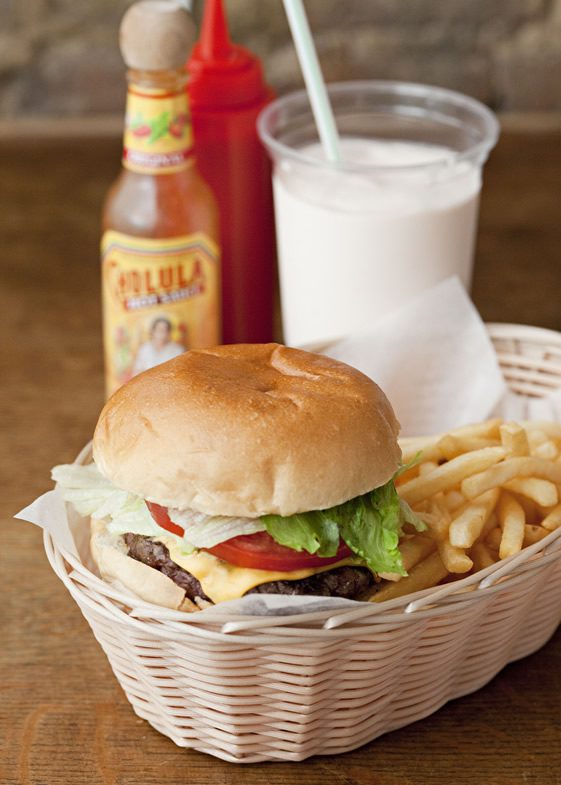 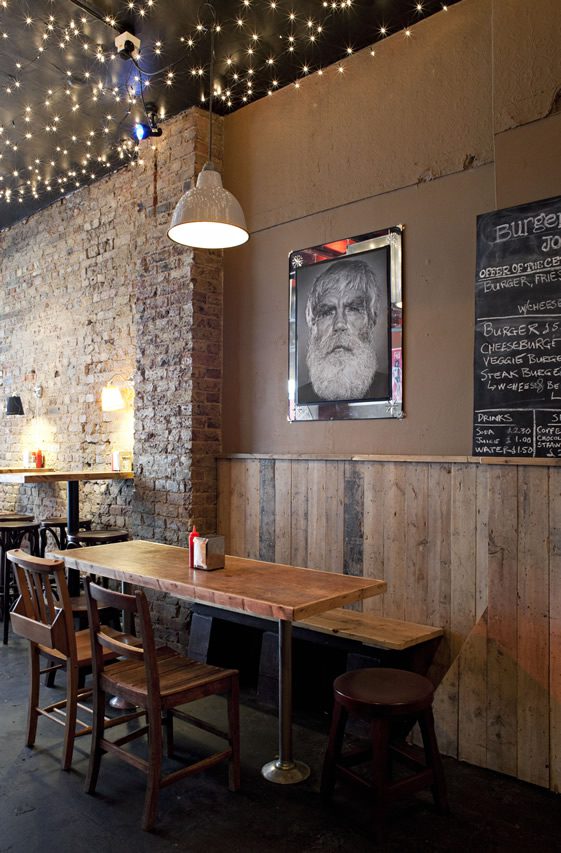 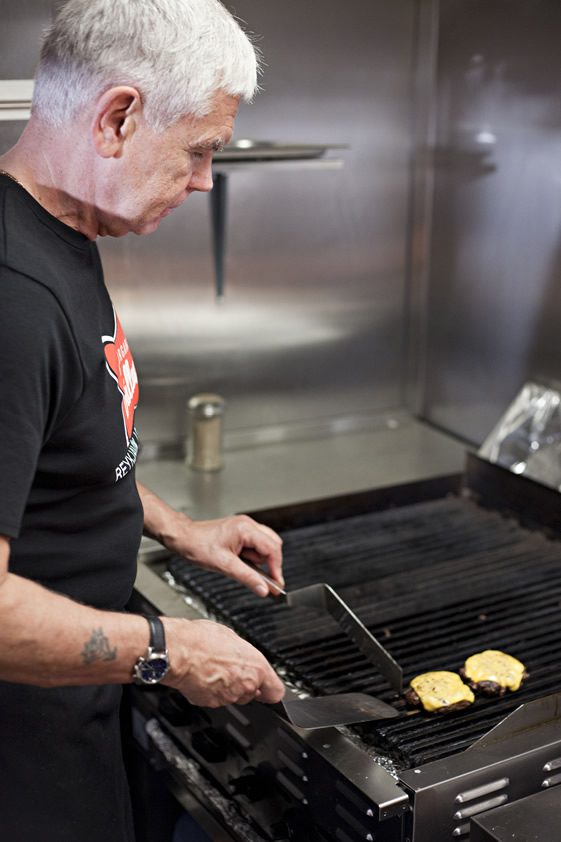 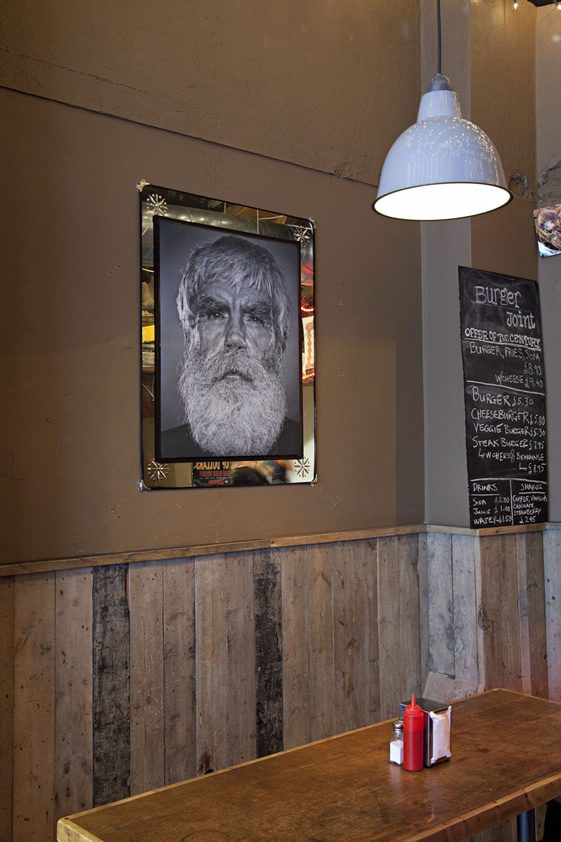