There is a long tradition of well-to-do Russians maintaining a second home in the leafier suburbs and countryside surrounding their cities, called a Dacha, where they can retreat to enjoy the fresher air and healthier pursuits during the more clement seasons. The Dacha Origami Project was created when one such sporty family joined up with a free-thinking architect on Russian TV show Dachniy Otvet, with a potentially disastrous twist – the two parties only met twice in the whole process, once for the initial brief and then again to see the finished article, with no clue in between about the direction the architect was taking. Trusting bunch, the Russian middle-class!

The result of Peter Kostelov‘s imagination was a stark white construction inspired by a folding book, consisting of five areas devoted to either relaxation or exercise. There’s a gym, sauna and swimming pool, sunning terrace, kitchen and an observation deck for the family to enjoy, and angles made from the wood cuts have been cleverly used to let in light while keeping out the worst of the changeable weather.

Brave and bold, and we’re not just talking about the architecture… 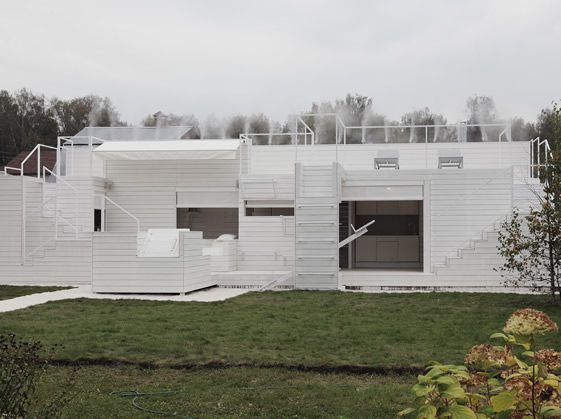 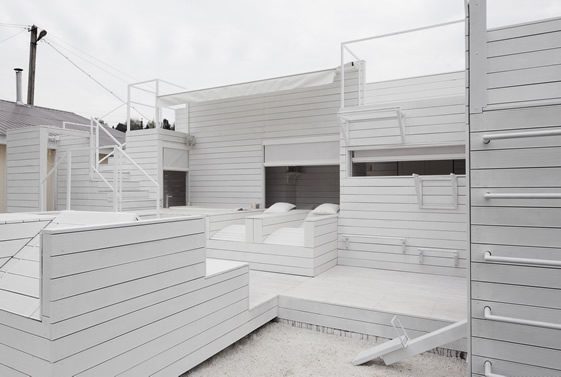 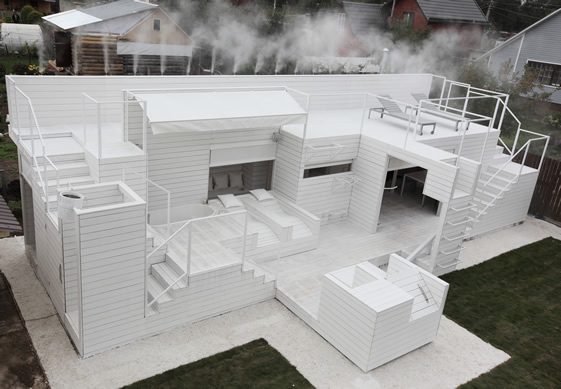 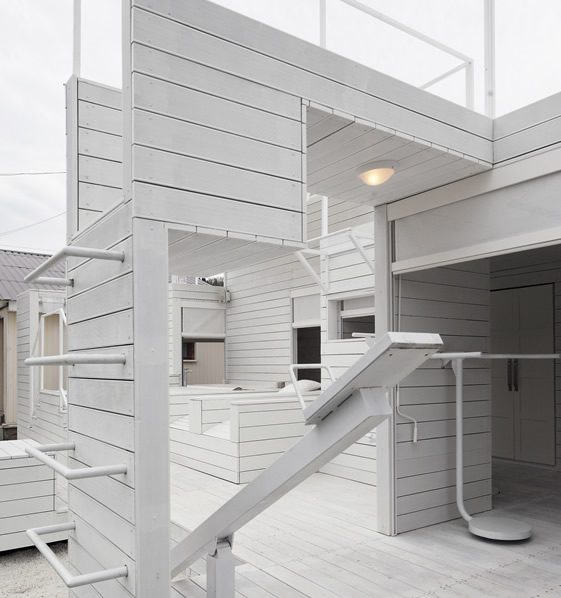 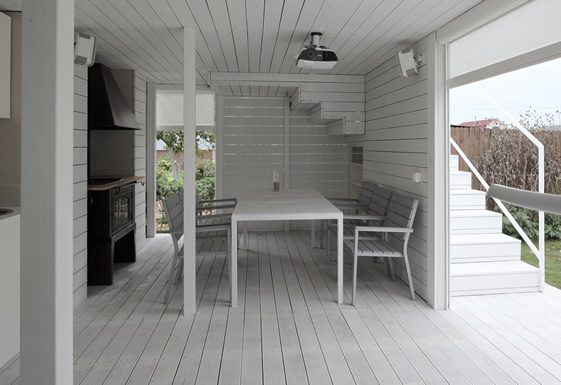 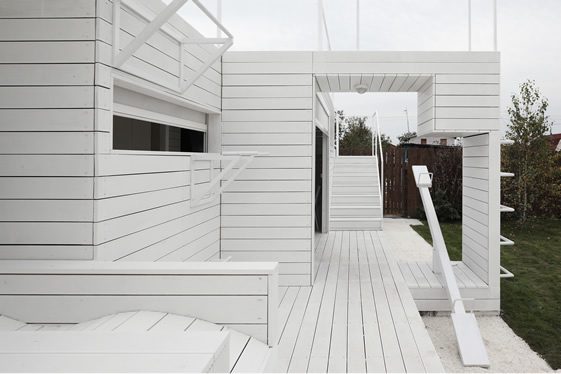 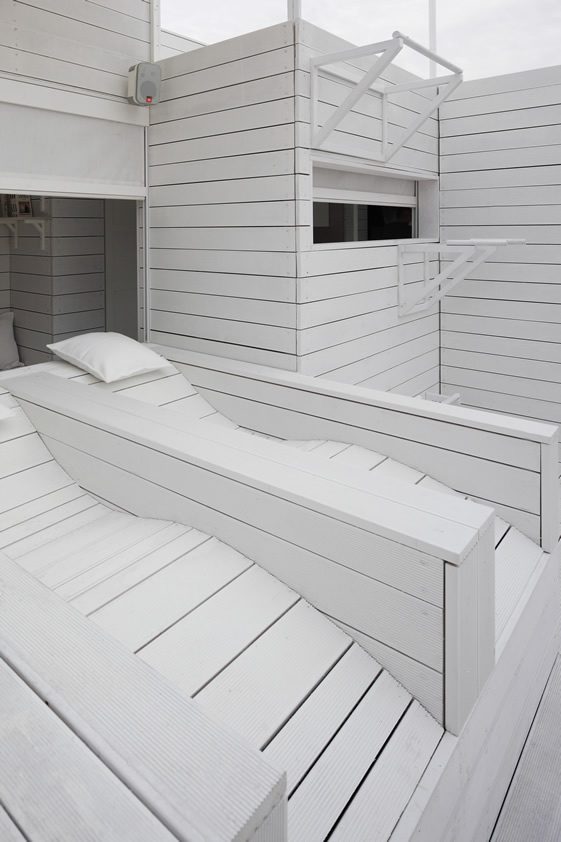 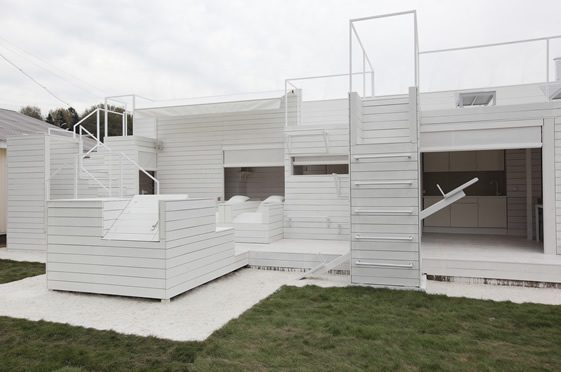 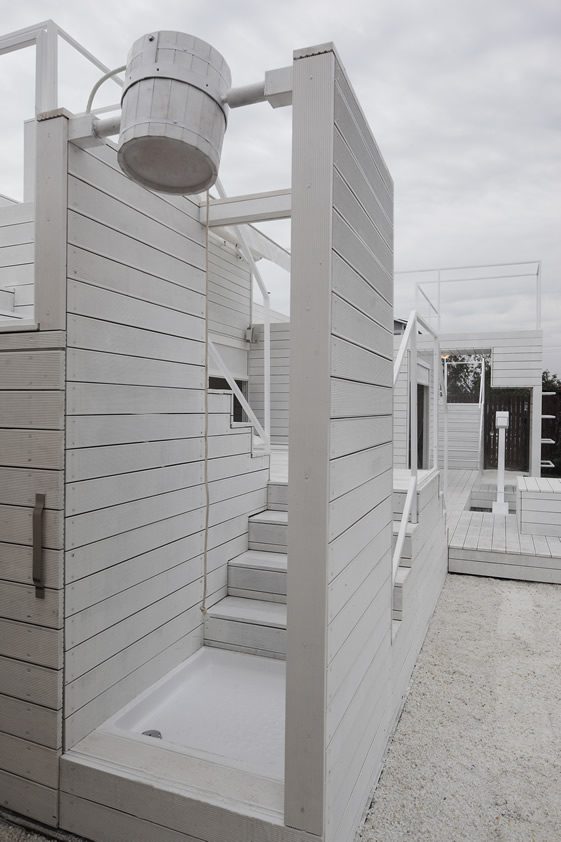