Luke Waller, illustrator extraordinaire. He’s been to China, got his first break with the Financial Times, worked for everyone from the British Medical Journal to Digital Artist to Panorama Italia, been picked up by none other than Private View – and the boy’s barely out of shorts. Super direct, Waller’s ‘delicately dirty style’ is beautifully suited to his subject matter, to politics, to historical personages, to greed, love, addiction and death.

Delicately dirty, yes, but merrily borrowing off everything and everyone, from Lucien Freud inspired fleshy modernism, early twentieth century typography, the inkblot lunacy of Punch, it is a style that, in terms of its penchant for a doodle or two, feels very much like another Saul Steinberg, at once detailed and unfinished, a slapped on mix of childish shapes, looming portraits and hugely accomplished artwork. China? He’s going further than there, mark my words. He’s flying. Catch him while you can. 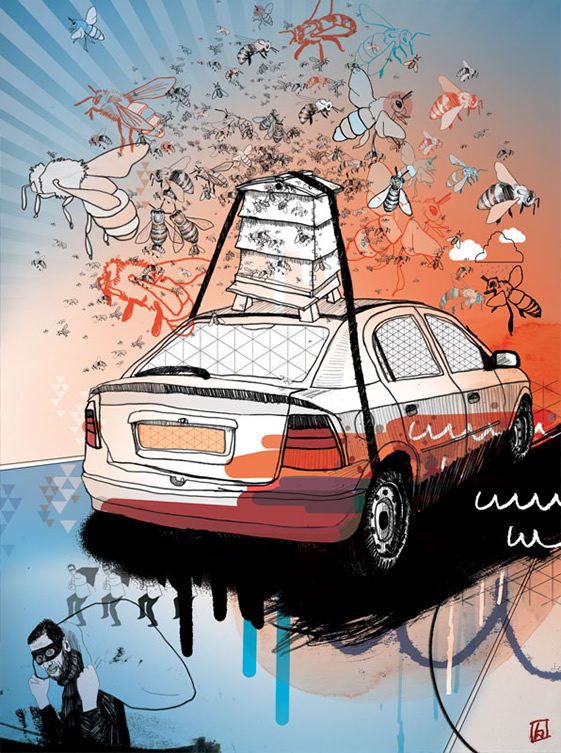 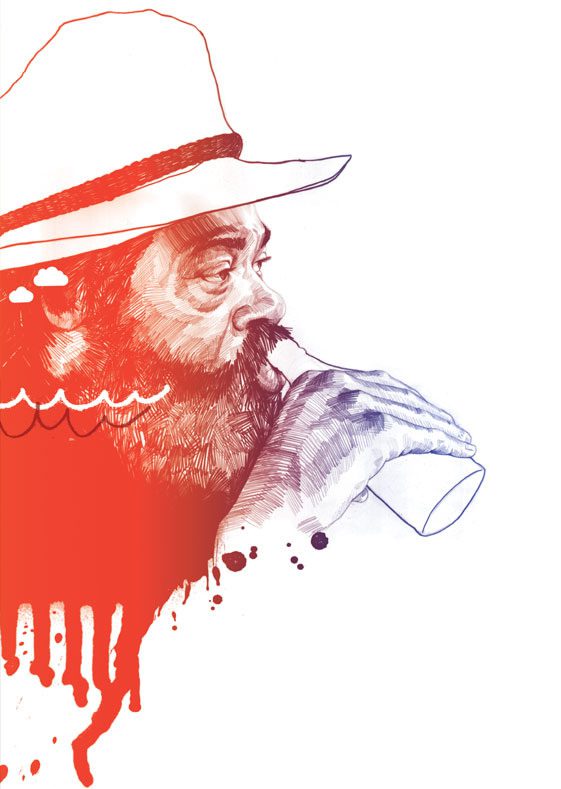 You look like you’ve been illustrating forever. Have you always been an artist?

My primary school was great. It was a classic middle class Hampshire village. The school had a total of 60 pupils – at its height. The year above me had 4 students in total with only one of those being a boy. It wasn’t a given that I would be doing something arty when I left school – I had a whole host of different subjects I could have pursued within A-level. One of these oddly enough was science; I was the only one in my science class to pass with a C or above (GCSE). But in the end I did shoot for art and graphics in further Ed. My GCSE art teacher being a big inspiration for me on this and probably the deciding factor, along with my parents.

Who are your artist heroes?

Having studied art for all of my life, influences are something I have a lot of. In particular I’m a massive fan and admirer of Georgian and Victorian painters, William Hogarth, Sir Thomas Lawrence, Pre-Raphaelites such as Sir John Everett Millais and William Holman Hunt. I do, however, have a special place for JMW Turner, the way he uses light is such an inspiration – his epic aftermath battle scene The Field of Waterloo is a perfect example of this. 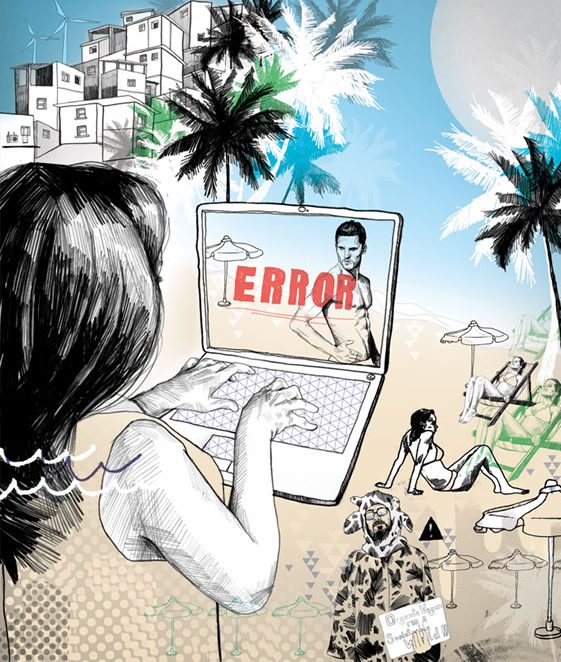 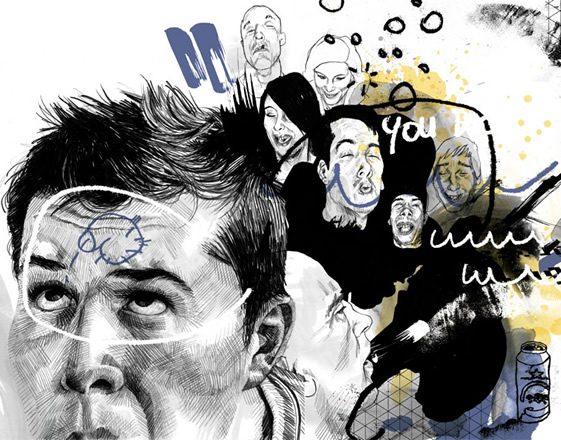 Tell me a bit about how you work.

Since becoming a professional illustrator, my working process has changed somewhat: the editorial world gives no time for mental blocks. You quickly learn the fastest ways to do things when given a 24hour brief. Having said that, one thing that is key for me is exercise, I’ll always manage to find the time to get in a run, even on the shortest project. Doing so really helps on the creativity and inspirational side of things – the number of times I’ve been stuck after reading an article, so I’ll go for a run and, bingo, the idea’s there and we’re off and running – please excuse the pun!

You have a very distinctive style. How did it come about?

I strongly believe that a person’s personality has a lot to do with their style of work, or at least what might have first shaped it. A large part of my work is my drawing style. It’s very direct and to the point. I have a strong grip on my pencil and push hard into the paper, as is my philosophy on life. I do, however, feel that I have not yet even nearly reached my utopia style, and there will be a lot more development to come. I feel as though I’m scratching around the surface of my capabilities at the moment, which is an exciting prospect for myself and something that always drives me forward. 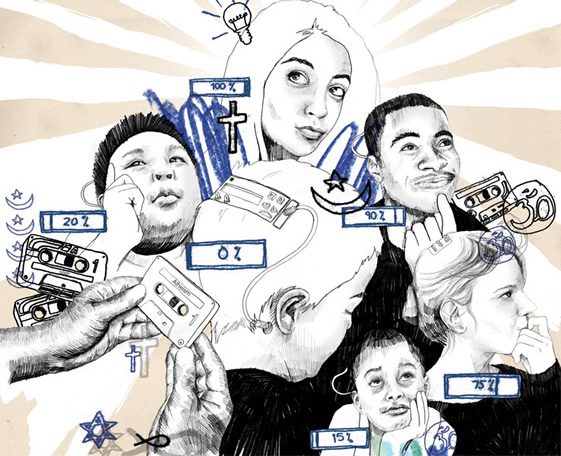 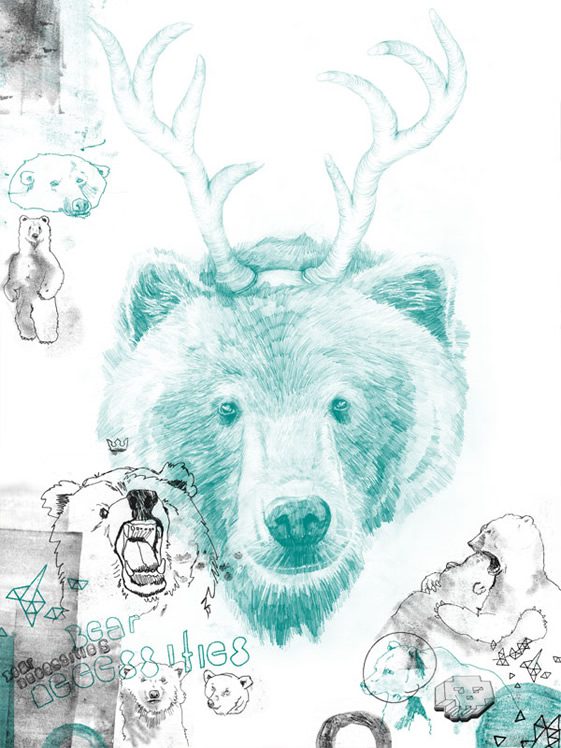 Speaking of which, what gets you going?

Bizarrely, history turns me on! I love sports, art, politics (if that’s possible), but most of all people, specifically the history of people. I love the phrase: ‘How do you know where you’re going if you don’t know where you’ve been?’ I never get bored of finding out what some poor bastard did 1000 years ago to some other poor bastard. I don’t know why people read fiction books, because you can bet that it’s already happened for real – a lot more gruesomely – at some point in history!

Projects. What are you up to?

So yup, there’s a police book, which whenever I tell people about it, they get super excited! Apart from that, I’m currently going about kitting up a shop on my website with prints and stuff but mainly t-shirts which I have wanted to do for a while now. Got a few designs together so that should all be available by the end of the summer. Mostly side projects have rescinded a bit due to the influx of real work. 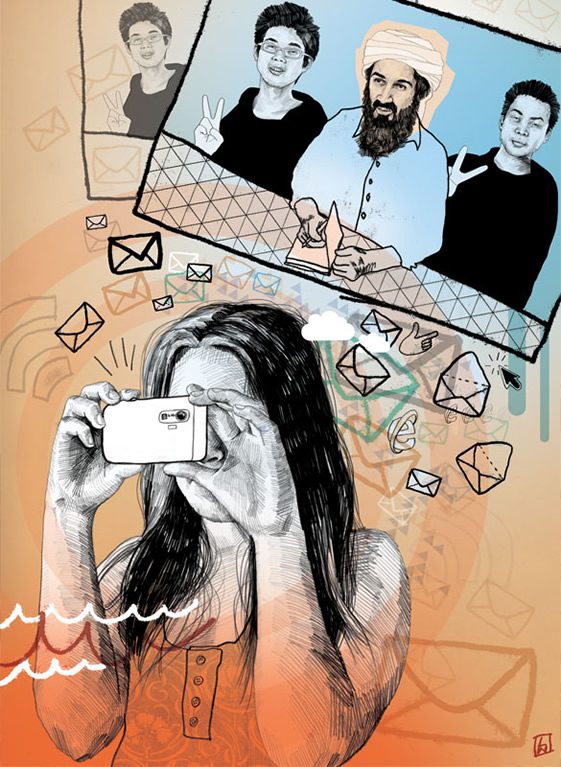 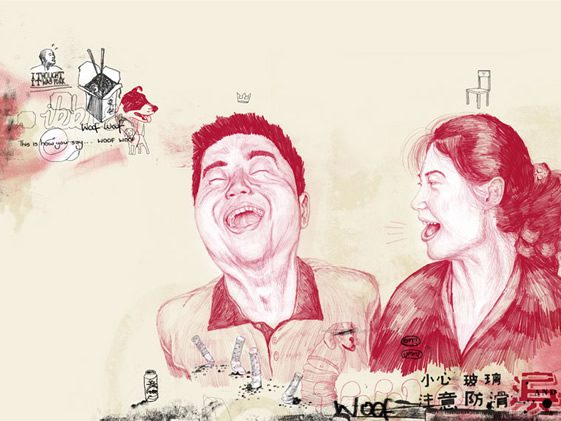 You’re young, talented and already happily stuck into a fantastic career. What does the future hold?

Well! I want to travel, and I want my illustrations to take me there, paid travel, reportage jobs! That’s my goal, my aim. I’ve already done it once (China) and I’m fixed – hooked! I love meeting the world and I love being English. Along with the reportage, I want my work to do/change things. I want to be able to say I did that – being obsessed with history, I’m fascinated by legacies and I want to etch my own.

Pretty ambitious, I’m sure, but why not? Less ambitious and closer in the timeline would be tutoring: I want to get into visiting lecturing, be an inspiration to kids stuck in middle England that can’t see a way out!