Lauren Baker is a delightful little bundle of contradiction. Petite, beautiful, long wavy hair, a minute chiwawa under her arm, and a Geordie accent… she probably wouldn’t like us saying this: but you expect watching The X Factor and reading Closer to be more apt pastimes than decorating skulls with ritualistic patterns.

In fact, Baker’s road to the present reads much like one of the far-fetched ‘real life’ stories that accompany the celebrity paparazzi shots in the aforementioned publication – a visit early last year to South America (which involved making street art in Brazil, exploring the Peruvian Amazon, and an ‘experience’ with shamans) led to her ditching the day job and focussing solely upon her art.

Since then, her work’s been shown in London, New York and Venice; appeared alongside Kate Moss in a George Michael video and, ahem, on ITV’s This Morning; and has found its way into the homes of many influential figures, including son of Vivienne Westwood and Malcolm McLaren; Joseph Corré. Not much more than a year after her tribal epiphany and the young artist was hosting a Damien Hirst-inspired workshop at Tate Modern – “one of the most popular” they’d experienced.

And with good reason – stealing the show at this year’s Designersblock – you didn’t need bucket loads of ayahuasca to see that Baker’s work is a little special. From Day of the Dead to Native American, through Pop Art on its way, Lauren Baker’s ethically sourced deer skulls, and resin human counterparts, are gifted a magical afterlife – and, just a year in, surely big things are written in the shaman’s tea leaves for this paradoxical young artist. 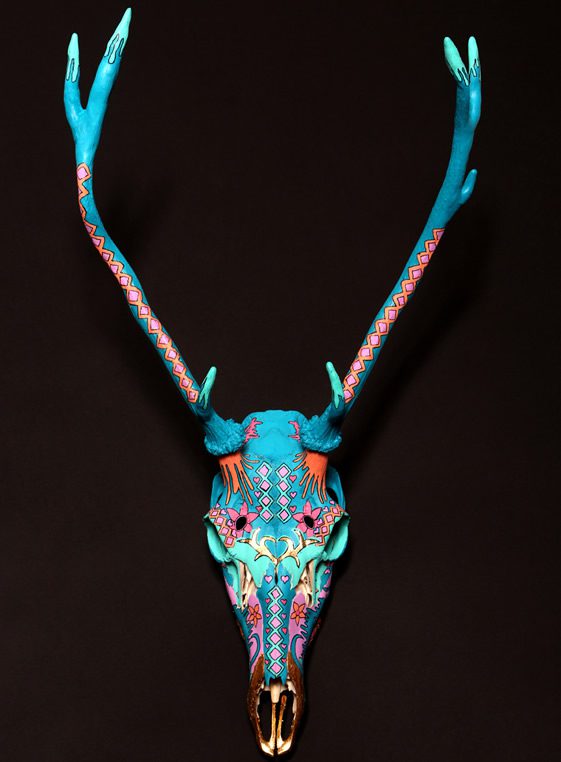 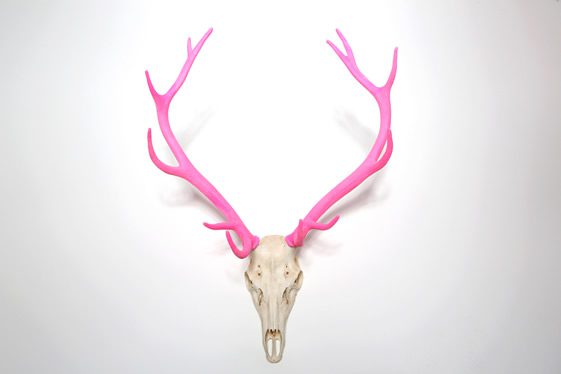 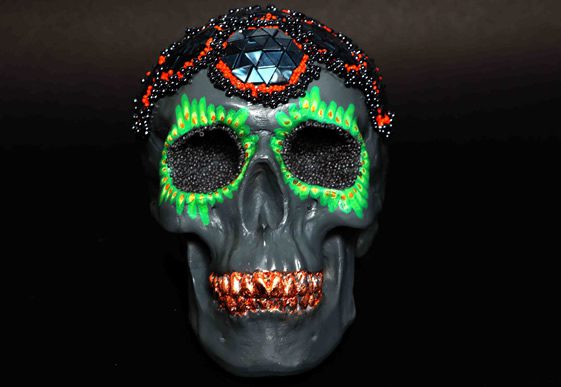 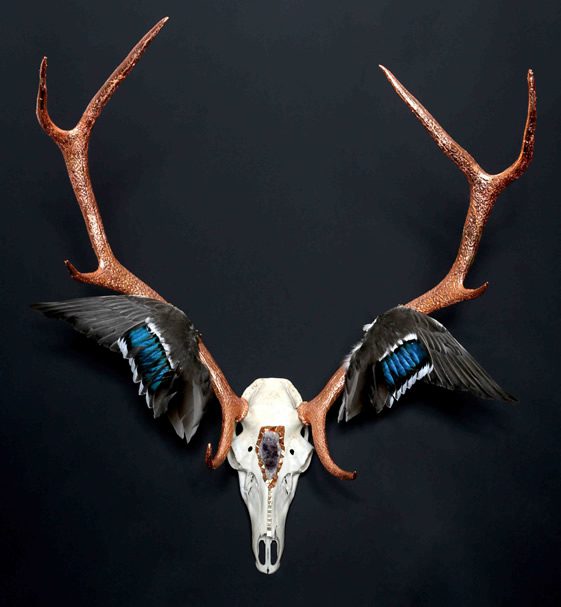 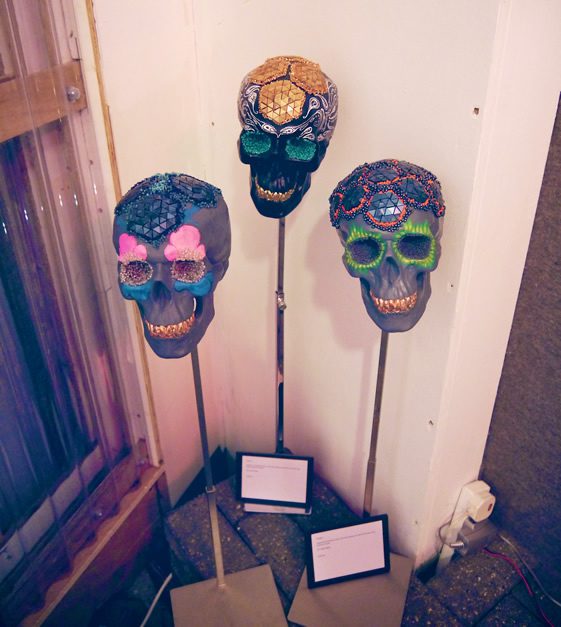 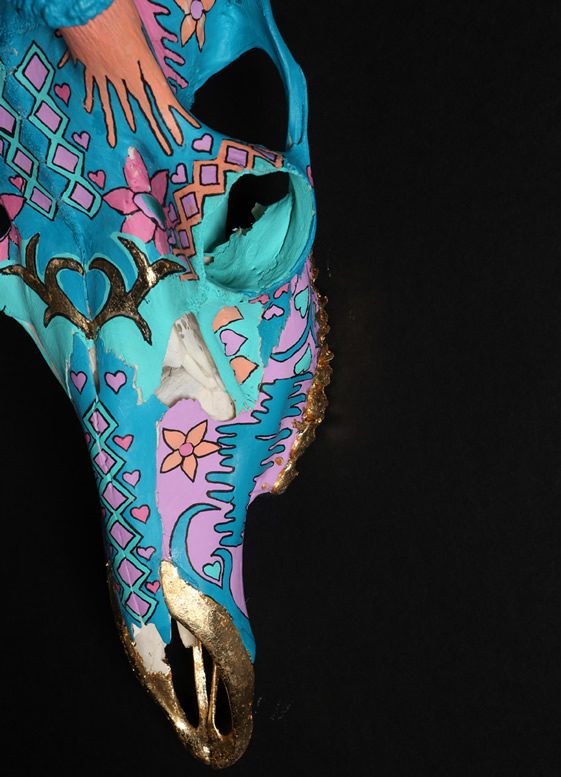 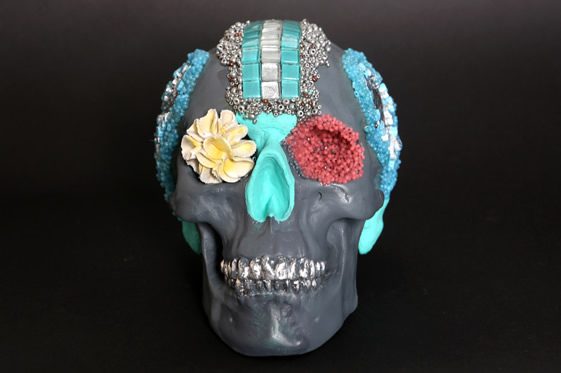 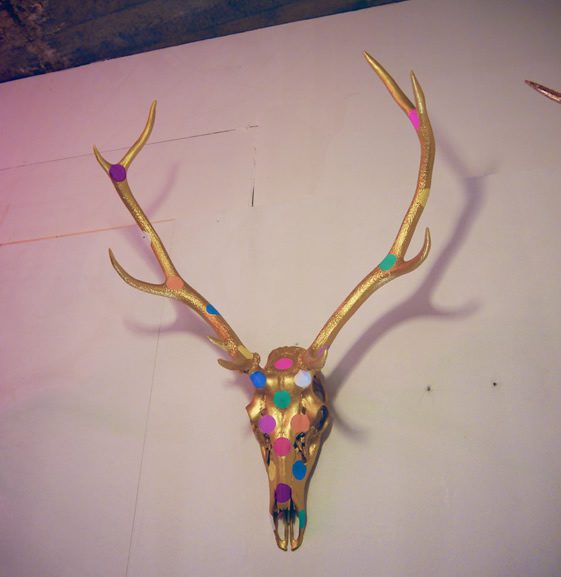 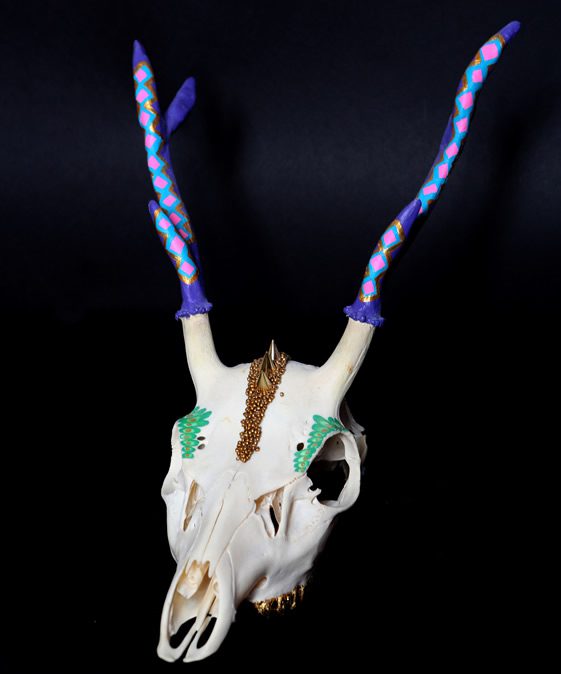