As loft conversions go, this one in Vancouver is pretty special. Located in a heritage building in the hip Gastown neighbourhood, the brick structure was reworked outside, and a whole new living space inserted inside.

Light comes not from a couple of dormer windows peeping from the side of the roof, but from a courtyard open to the heavens above, allowing light, but not Vancouver’s famous rain (obviously), to flood in. This feature has been emphasised by the moon suspended at the top of the stairs.

So to Omer Arbel‘s interior, which has left the walls of the shell alone save for some select objet d’arts. There is simply loads of space in here, ample for entertaining and with a large sofa seating area housing a projector you won’t be short of people popping by. Sharp white units form the kitchen area in stark contrast to the exposed wooden rafters, and there’s a selection of delightful shiny flooring warmed up with animal skins.

However, unless you have a very understanding other half, there’s something to be said for having a nice solid wooden door, in a non-transparent wall, between the loo and the bedroom… 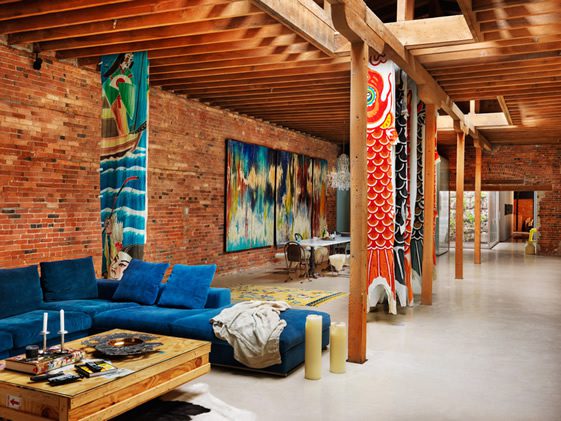 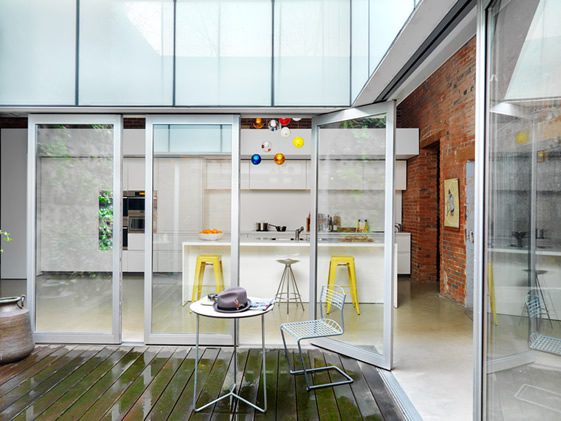 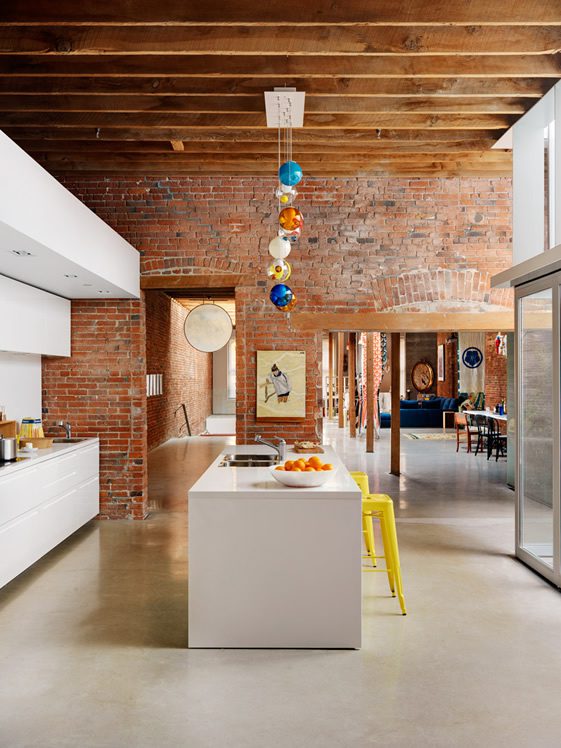 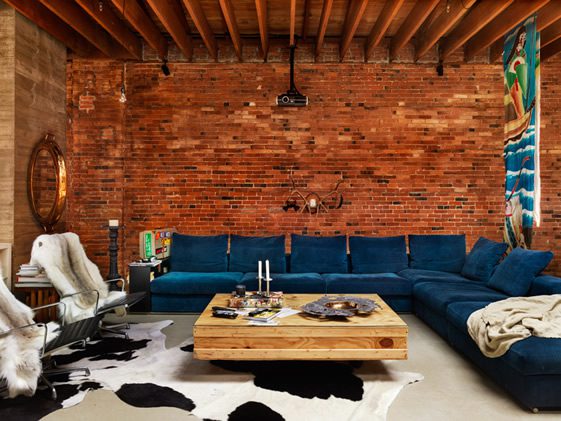 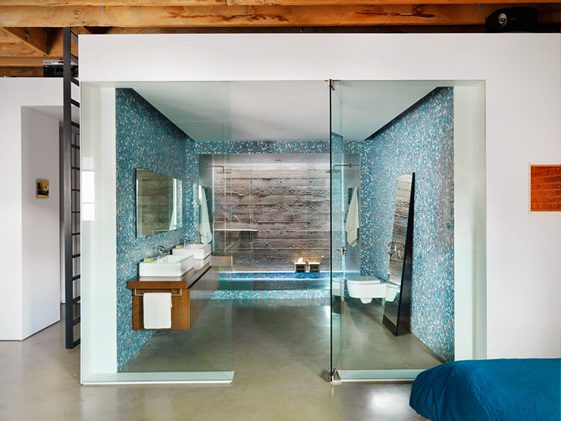 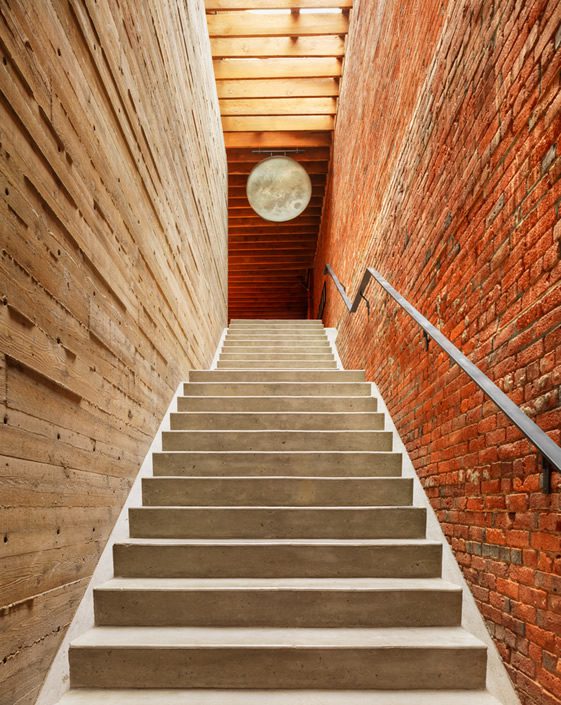 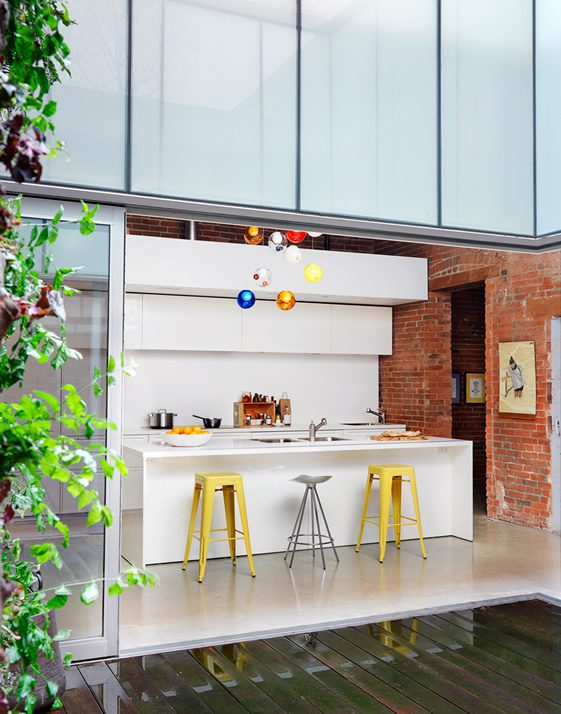