Working with period pieces, London-based designer Anna James creates fanciful bespoke objects, bulging at their seams with romanticism and passion – touched with darkness. Inspired by a visit to Juliet’s house in Verona, Verona and Romeo and Juliet are standout pieces; reproducing the graffitied walls by printing a series of digital photographs onto specialist film. The culture-clash of scrawled messages meeting elegant antique furniture evokes the timelessness of Shakespeare’s tale, and results in staggering pieces that bridge the gap between art and design.

Seduced by the narrative and visual impact of her designs, we spoke to Anna about creativity, inspirations and our rebellious nature… 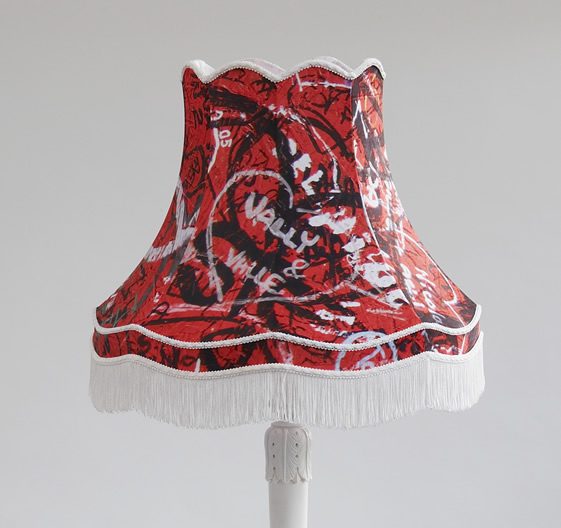 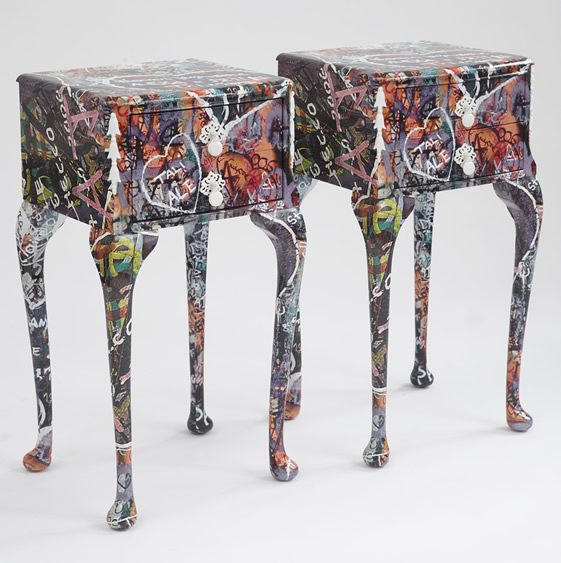 My hometown is Poole, Dorset. I have been based in London for the last twelve years.

Definitely, if you’re a visual person then your surroundings subconsciously and consciously feed into your output.

Yes but I don’t see it as a problem. There are amazingly talented creatives throughout Britain and lots of them come to London to make their work, along with people from all over the world, and that’s what makes it so interesting. London is the largest city in Europe, culturally diverse, and a global city the whole of Britain can be proud of. 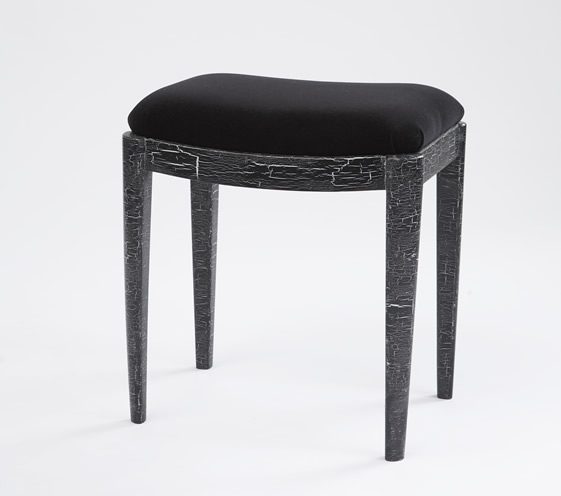 I would say so yes. I trained in London as a decorative artist with British craftspeople.

I think they admire our uniqueness, individuality and eccentricity.

I’d love to have been knocking around the Kings Road in the late ’60s until the mid ’70s… and the birth of punk. It would have been great to be making my work there, and experience that movement and energy of creativity. It was an exciting time and place for music, fashion, art and design. 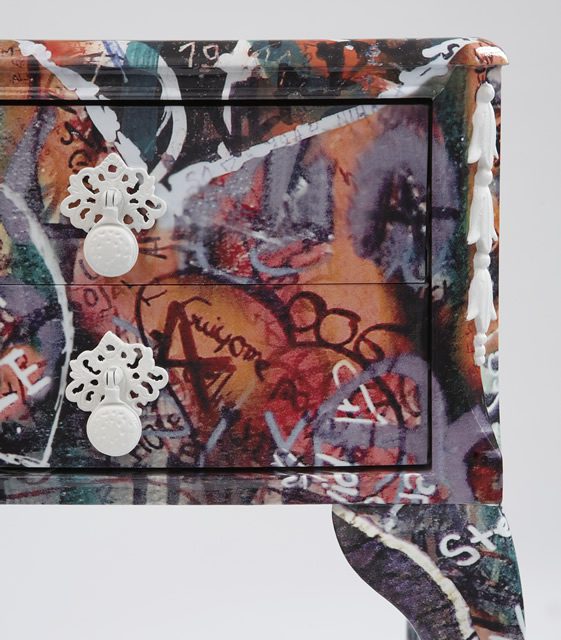 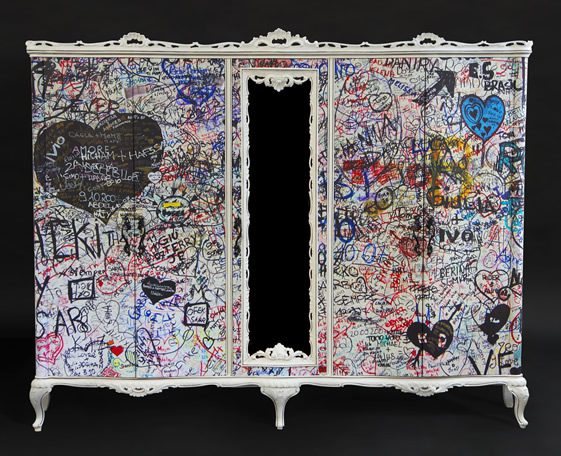 I’d like to collaborate with Charlotte Olympia . I want to design a piece of furniture just to house shoes, and I especially like hers.

I’ll dip in and out. 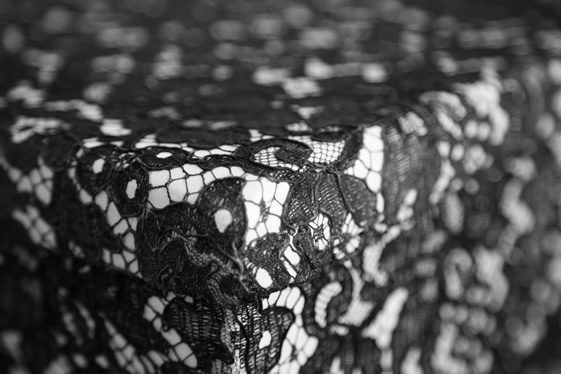 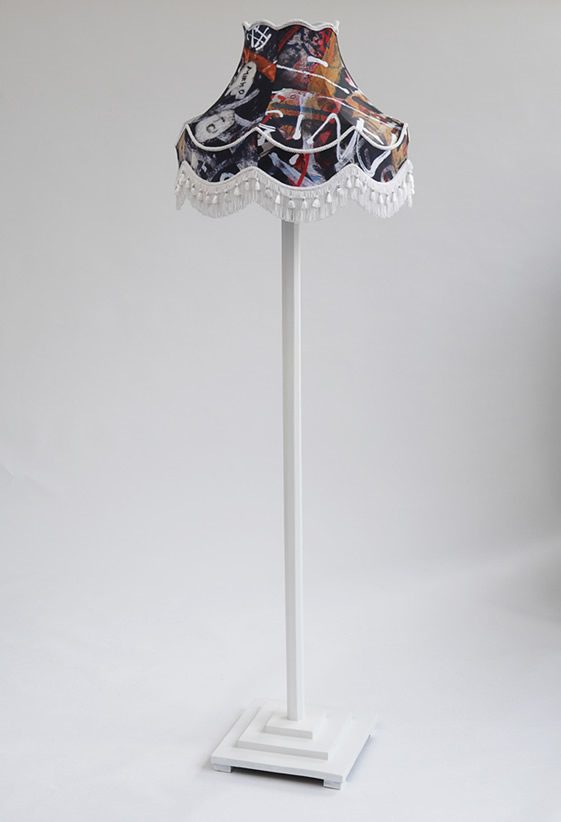 Stay true to yourself.

Jewellery, and works on canvas. 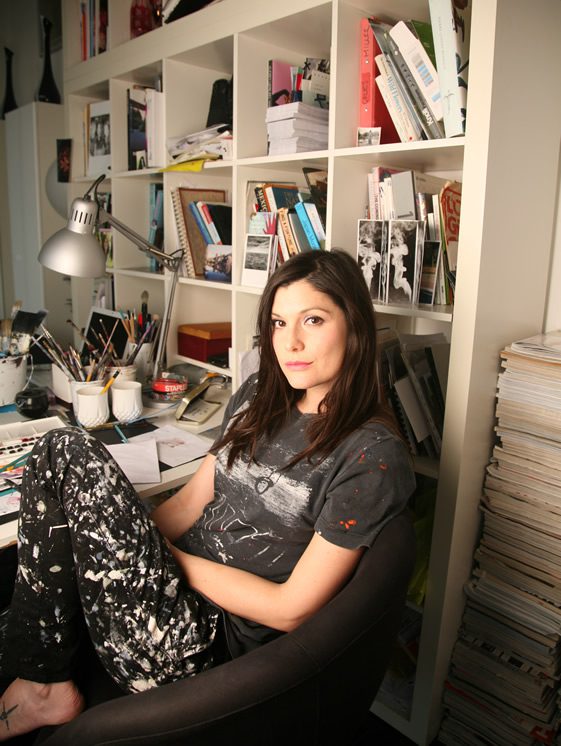