Grudges, terrible things hey? Eat you up inside, turn you bitter. Well, I guess they can be, but then there’s the other type… the ones that spur you on, motivate you, make you want to bake up all your talents, success and accolades into a whopping-great custard pie and shove it right into the face of those who told you you’d amount to nothing. And… breathe…

Rory Hamilton, creative partner at Dublin design agency Boys and Girls, had one such gripe. Marketing Magazine had kindly written a cover story on the agency’s first two years in business – the sin came, however, when their reception was described as “small and routine”. In all fairness, it was in relation to the shock and awe of their boardroom table, which we featured two years prior. But Hamilton was a man scorned. Sure, the office turned it into an in-joke, but inside, he was seething with resentment (I’m exaggerating for effect, like it?).

What to do? What sort of custard pie was Rory going to cook up? What could he do to exact his revenge upon Marketing Magazine’s Michael Cullen? This required more than a horses head in the bed… this required; a table, precariously balanced… with giant Jenga blocks and helium balloons! That’ll show him! Dazzling, unthinkable, blisteringly original, their reception desk is now one of the best bloody desks in the world. The balloons are real, the scientific research by collaborators Twisted Image intense – this is eye-popping, brain-curdling stuff. Cullen must be really eating his words. 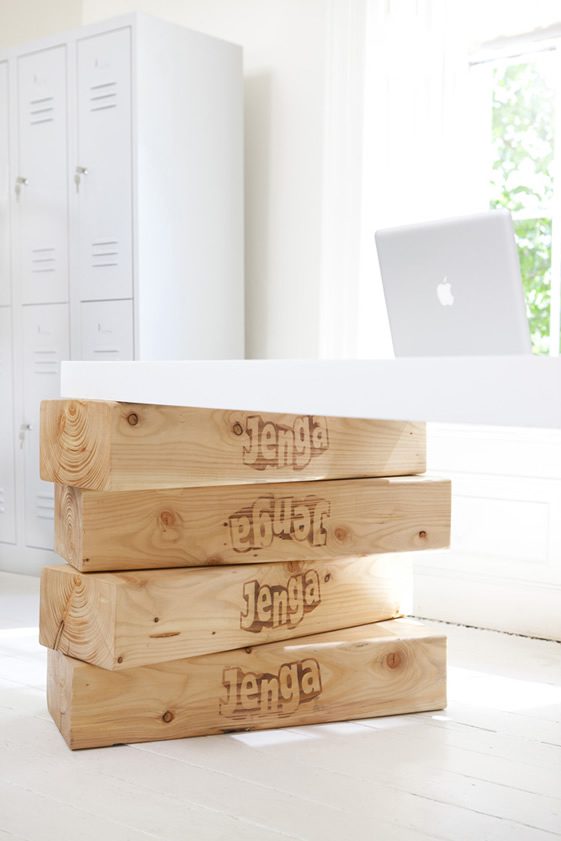 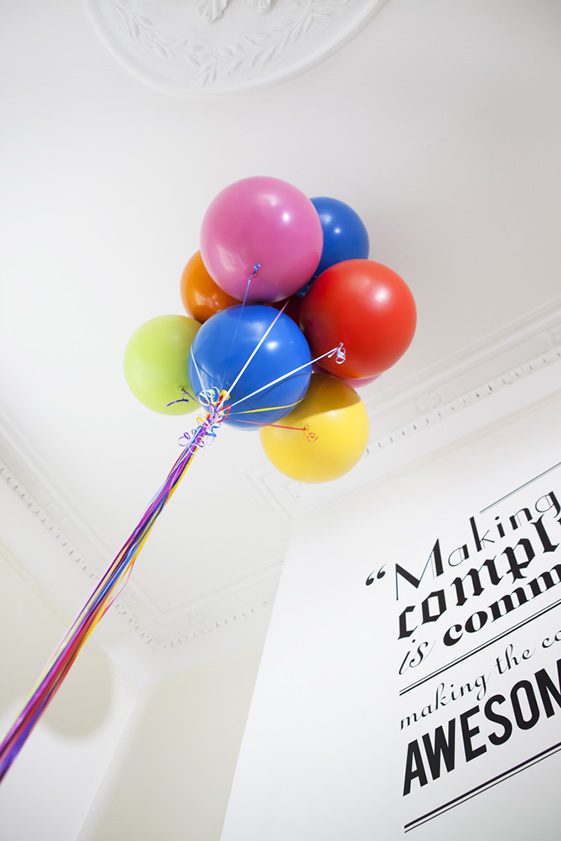 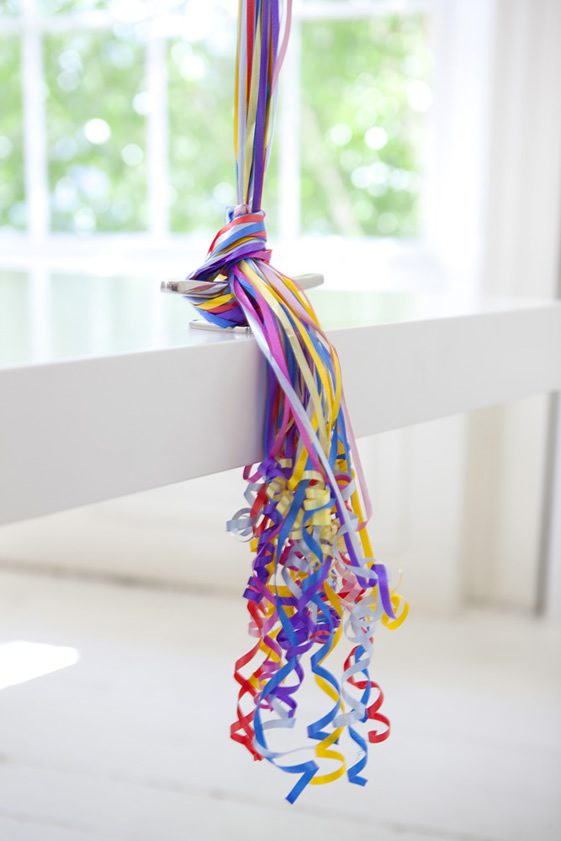