New York artist Inna Babaeva creates elegantly disturbed sculptures and object interventions; her works with expandable foam conjure up visions of organic life-forms, perhaps colour-obsessed alien diseases – molesting their subjects with wildly eccentric beauty. We were fascinated with her unique approach, so spoke to her to find out more… 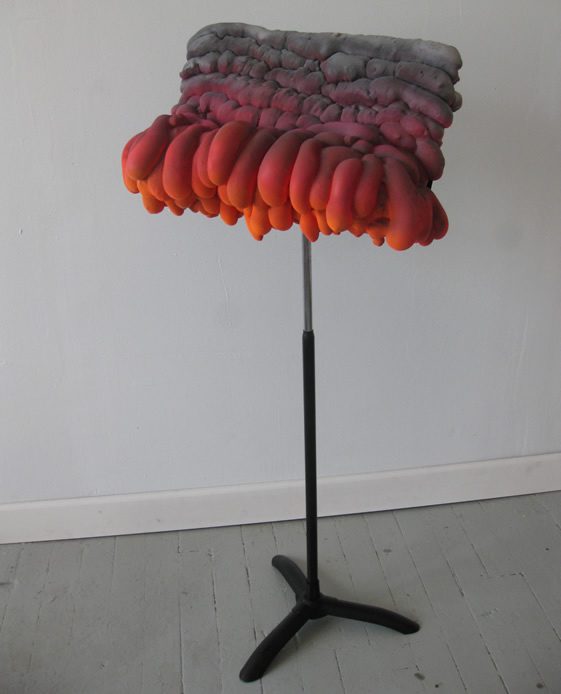 We came across your work on our friend Jeff Hamada’s brilliant Booooooom; how have blogs like this helped to raise your profile, and what do you think the internet’s impact has been on the art world?

It is hard to imagine or remember how we perceived the world before the internet. Even though I live in New York City – with its insane concentration of art production, exposure and consumption – most of the information about art in or outside of New York comes to me from online magazines and blogs. The notion of a gallery as a “physical space” has dissipated a lot.

My work has received exposure online with the help of several New York based artists-curators-bloggers, including:

I’m starting to see my work on more international sites and I was very happy when Jeff Hamada of Booooooom posted my work. It was different because Jeff works out of Western Canada, so it was totally independent from the local NYC network.  His post just came out of [cyber] space, and I got a lot of great feedback in response to it. 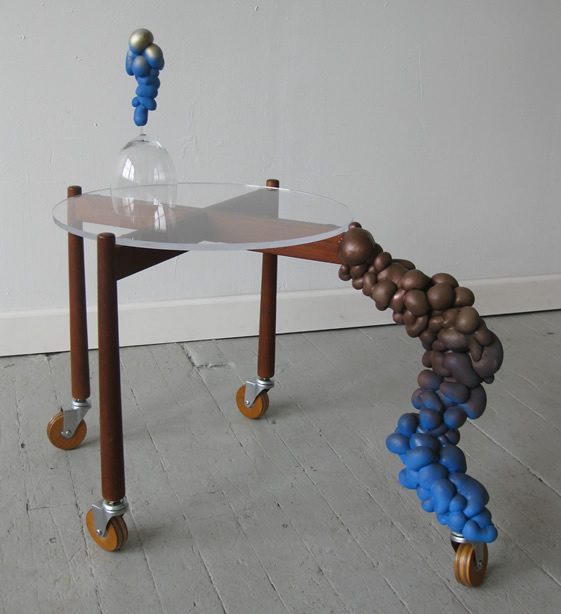 Your spray foam sculptures seem to take on a disturbing life of their own – is there a story behind these pieces? How would you describe them?

I came upon using the foam by chance. I was creating a site-specific installation where 400 hollow silver balls were floating in the water at a local beach on the East River. To keep the balls from sinking, I filled them with this expandable foam, which is light and waterproof.

I rejected a few balls for the installation because they overflowed with the foam but the shapes formed by the expanded matter looked very intriguing. It has been included in my material inventory since then. I find an industrial or everyday object and combine it with a foam segment that undermines the object’s original function. It turns it into alien, quirky and provocative fictional character. 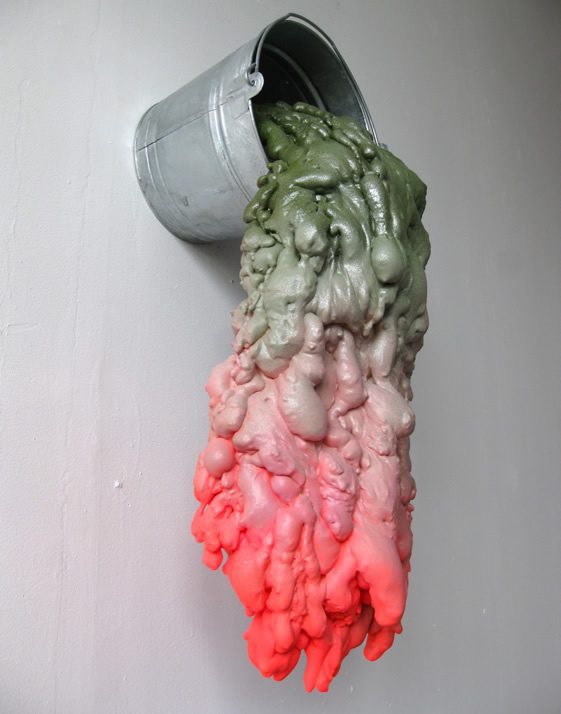 What sort of timescale is involved in creating one of these works?

The foam reveals a very volatile yet fascinating nature. I have to respect its behavior but, also, try to tame and control its expansion. It means that the amount of released foam and the length of time before applying the next layer becomes very important. It usually takes a few weeks to finish the foam part so I work on several pieces simultaneously. The painting of the sculptures is the most exciting part – a color has to be not just applied, but “shaped”. 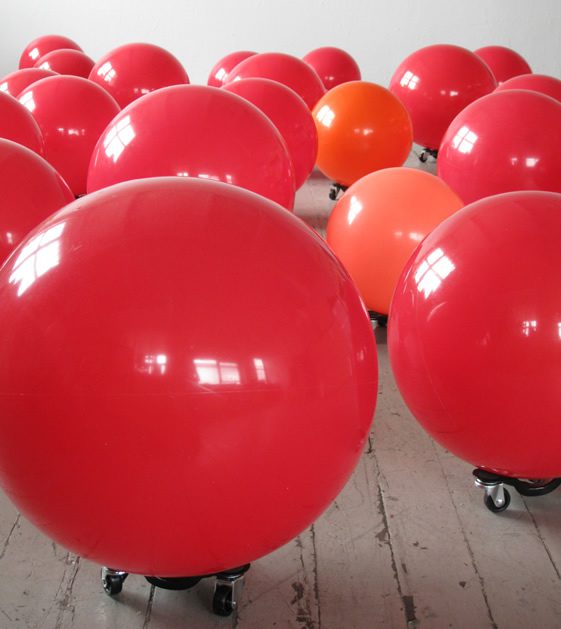 Who are your inspirations? 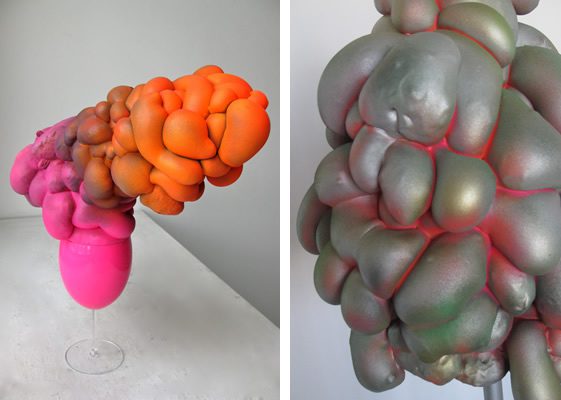 Is there anybody you dream of collaborating with?

It would be cool to combine what I do with the production of a music band, a contemporary dance company, or a fashion designer to come up with performance stage design where different creative energies meet. 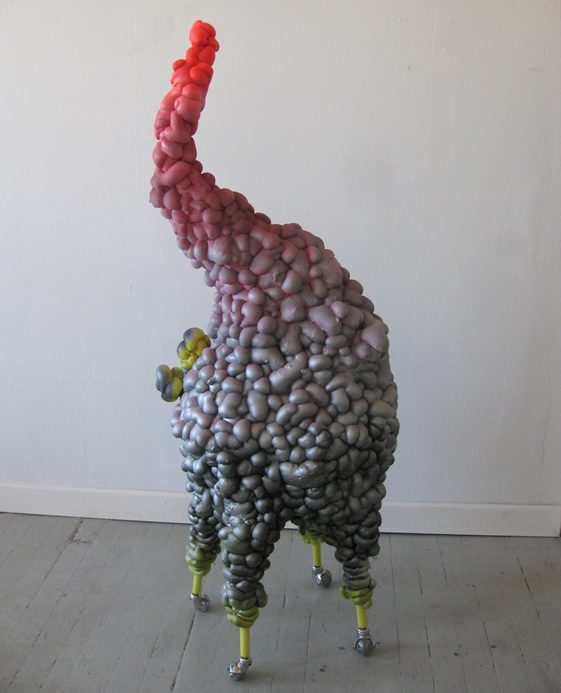 What’s next for Inna Babaeva – any exhibitions planned?

At the moment, I am preparing for two group shows in New York, and I am working on a site-specific installation that I have proposed to an art foundation and I’m hoping for a favorable reception. 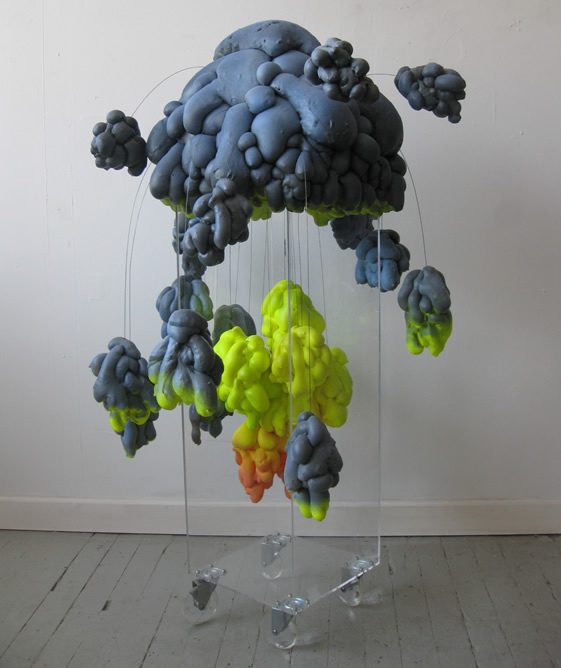