Opening at contemporary art gallery, Unit London on 19 October, this time of monsters draws its title from Italian philosopher Antonio Gramsci’s reflections on ‘interregnum,’ an ancient Roman term signifying a period of long transition between historical stages; and it’s here that Olson’s monsters live on the precipice of imminent catastrophe. 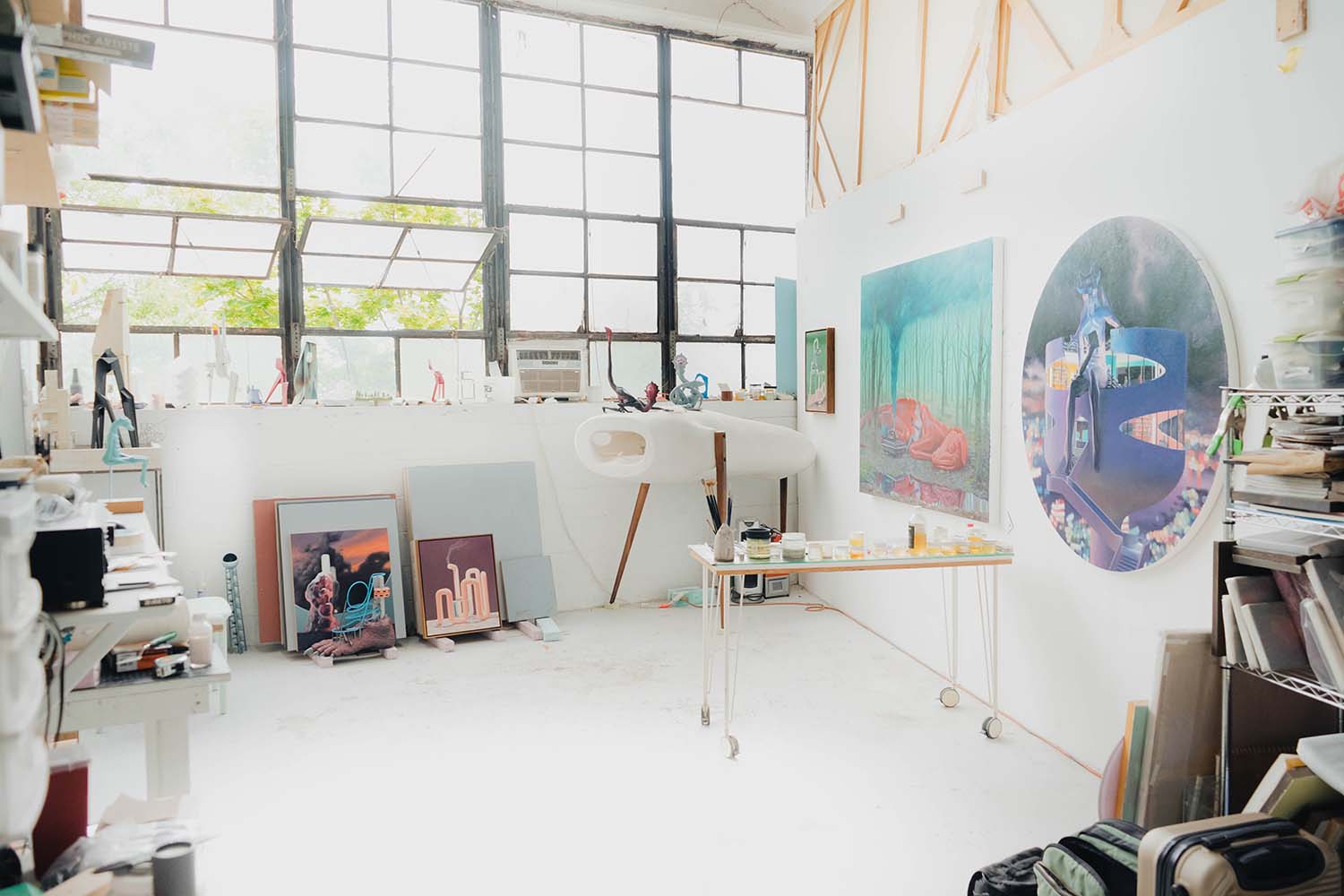 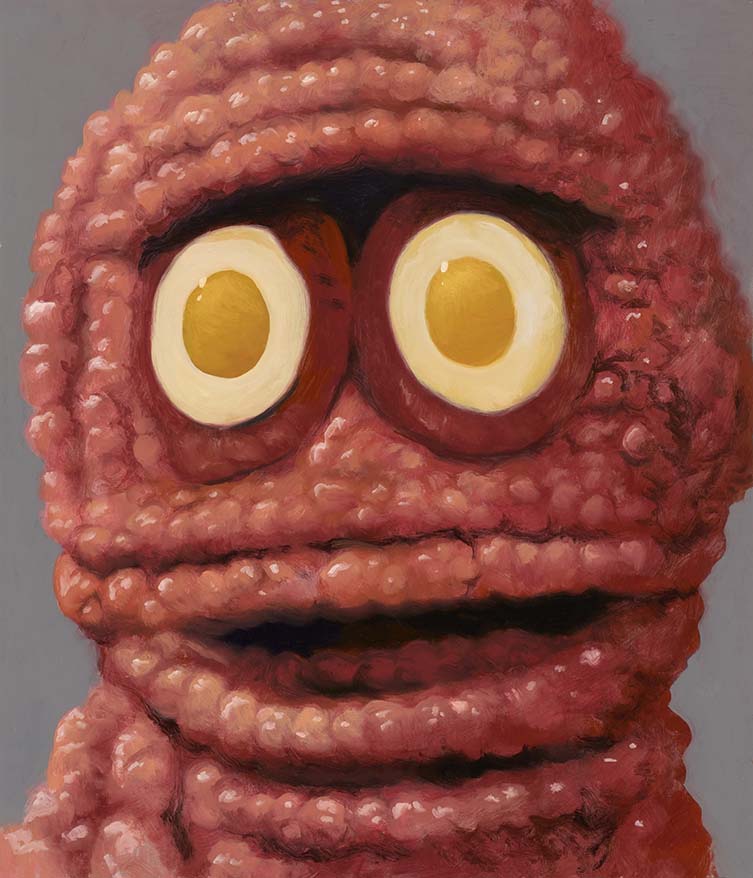 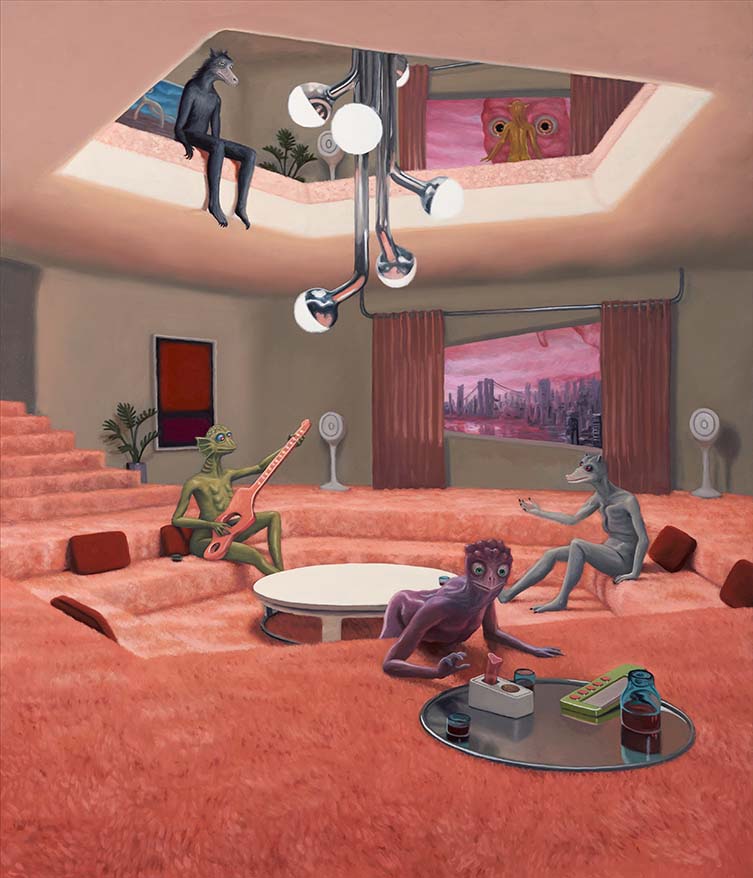 Despite the apocalyptic scenes, there’s room for humour in the works, Olson’s introspective, confused, and human-like monsters playing, lounging, partying and periodically checking their mobile phones. Even frightening mythical creatures cannot escape the pitfalls of the modern world.

From index of refractions, the largest of the paintings depicting a monster absorbed in its digital device, leaning against a much larger dragon-like creature blissfully sleeping; to the artist’s detailed, 3D-printed sculptures that bring his cast of characters closer to reality with a gigantic lizard-like character with offspring, reclining in a decimated sports arena and overseeing the carriage of a destroyed monorail, Olson’s creatures are both fantastical and familiar at the same time; his creations born from a lifelong love of cinema, science fiction and horror, and touched with an edge of dystopian modernity.

On show from 19 October to 19 November, this time of monsters is a thrilling look into the artist’s imaginative mind, cast through a lens of our current state of ongoing uncertainty. 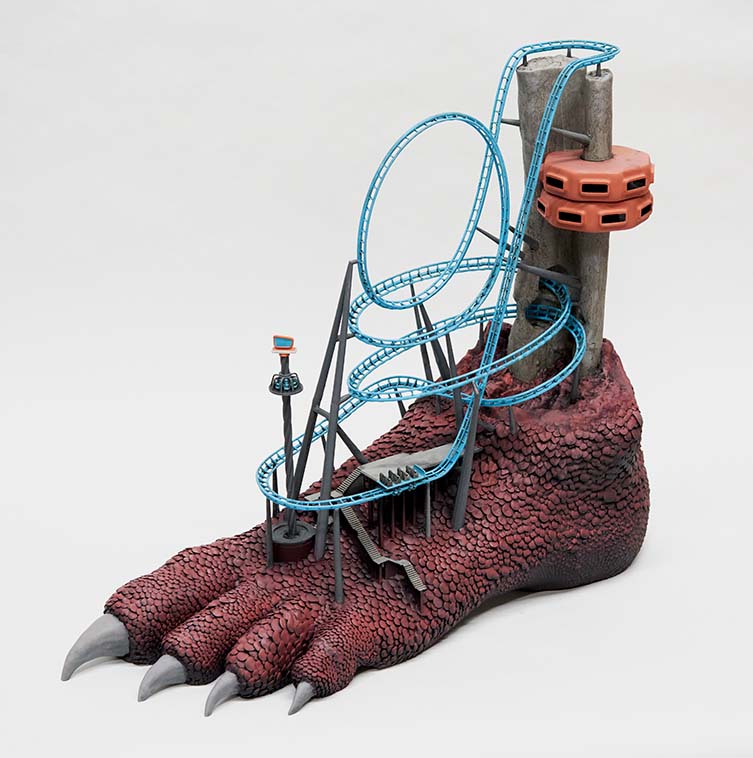 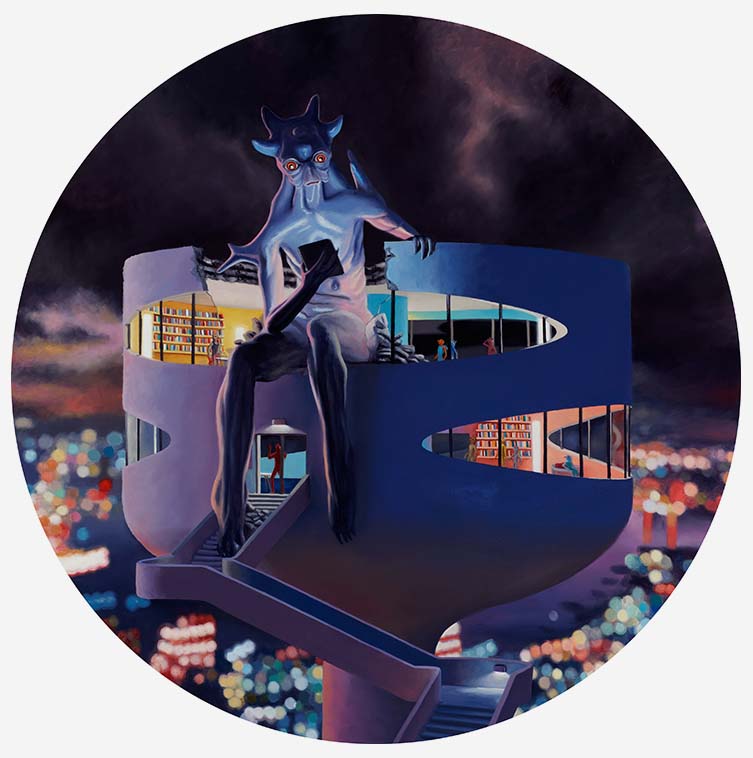 that desire is always elsewhere (2022) 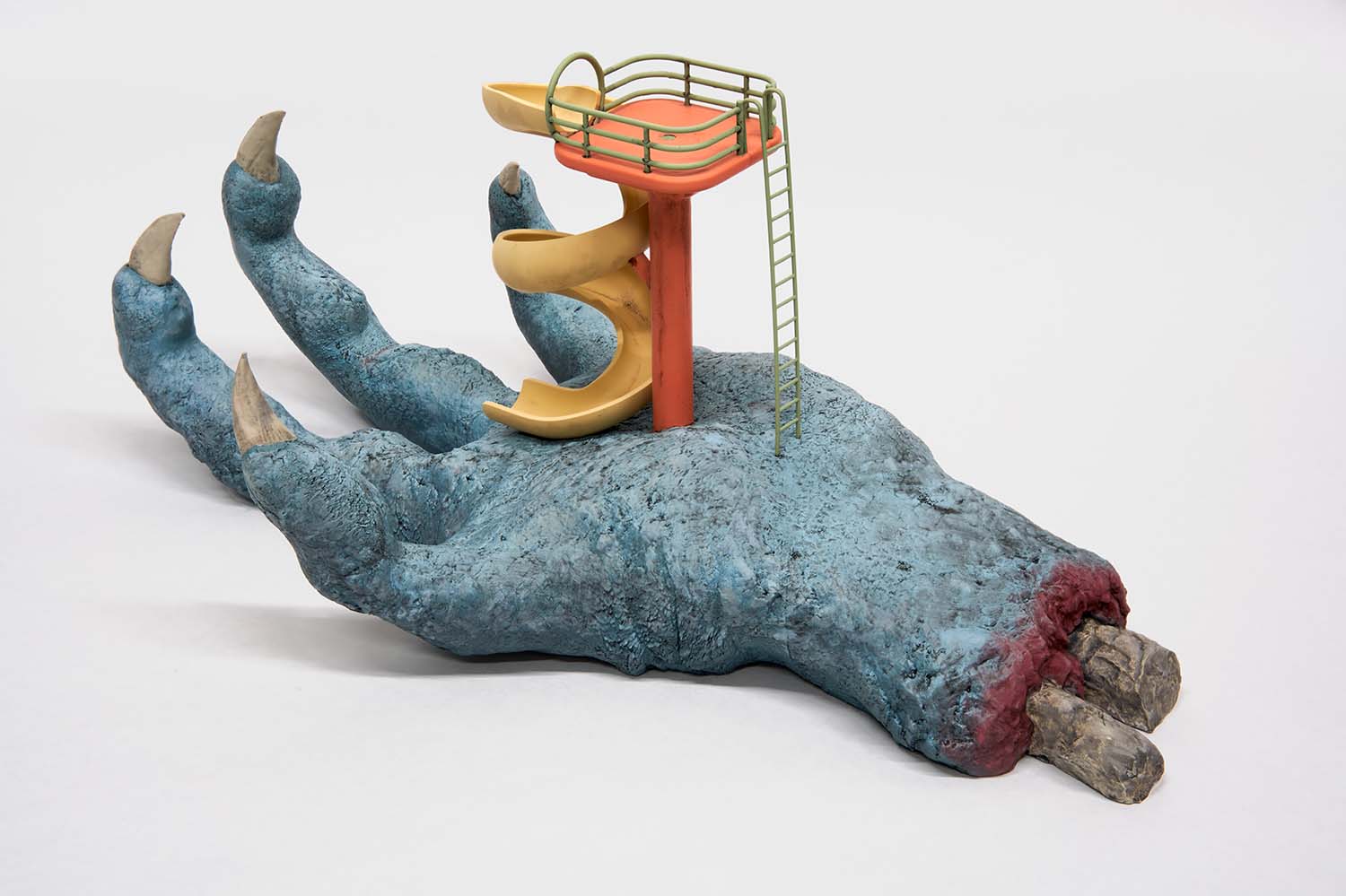 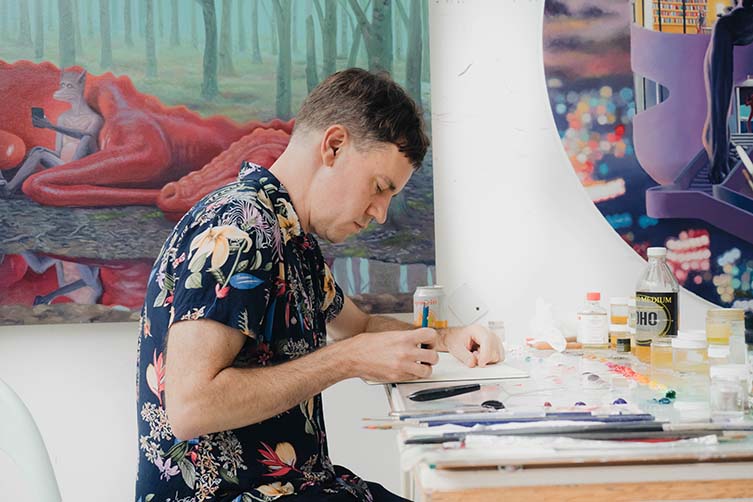 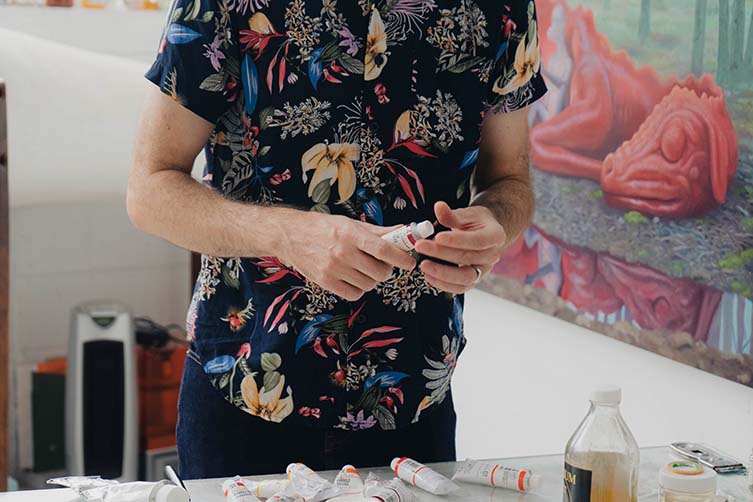 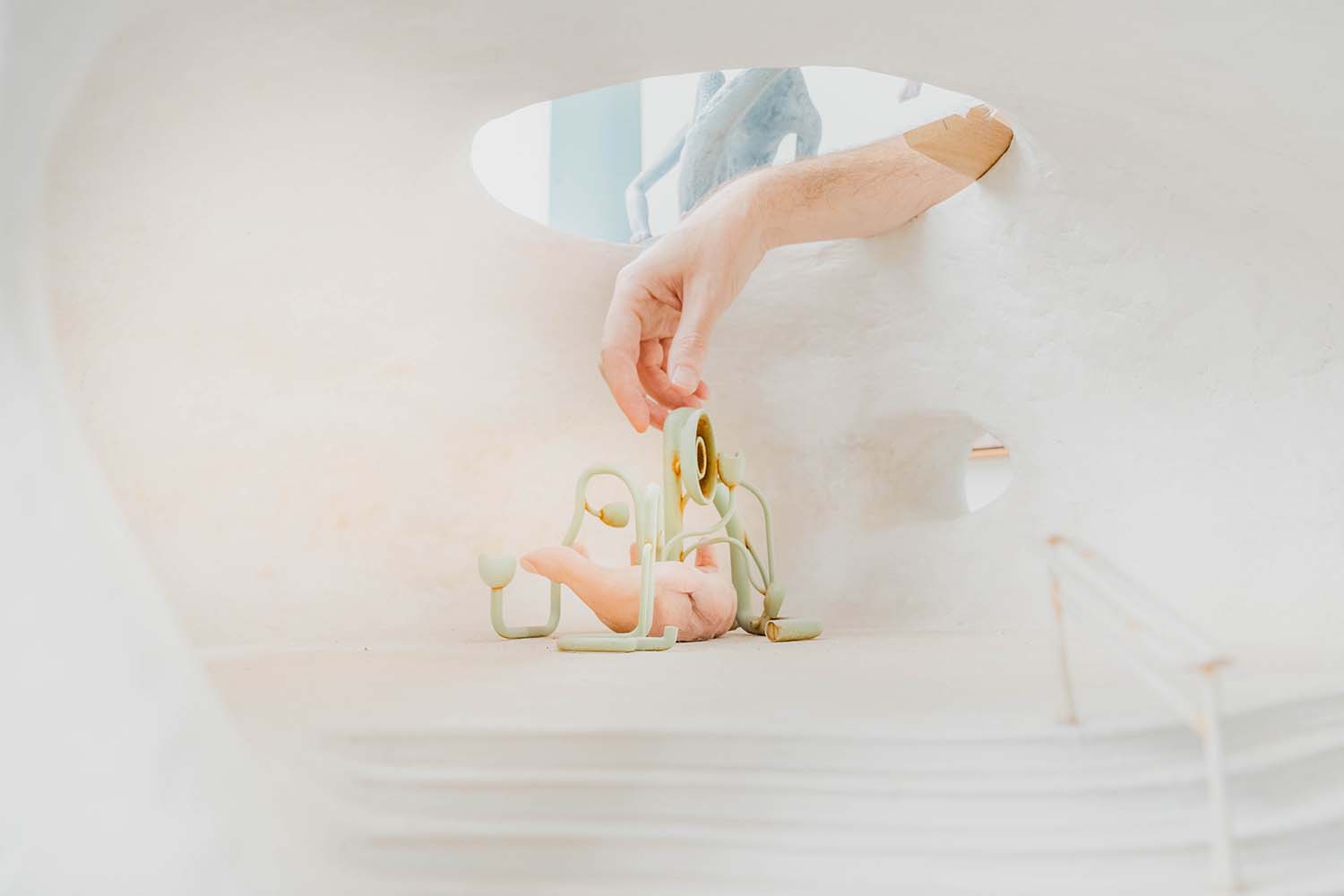 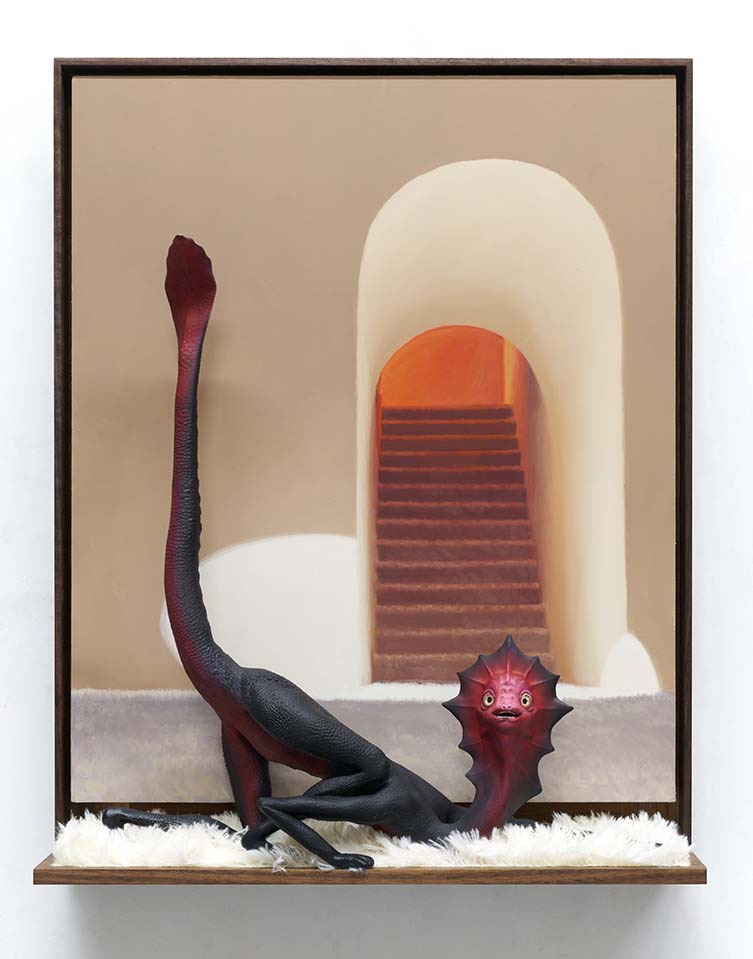 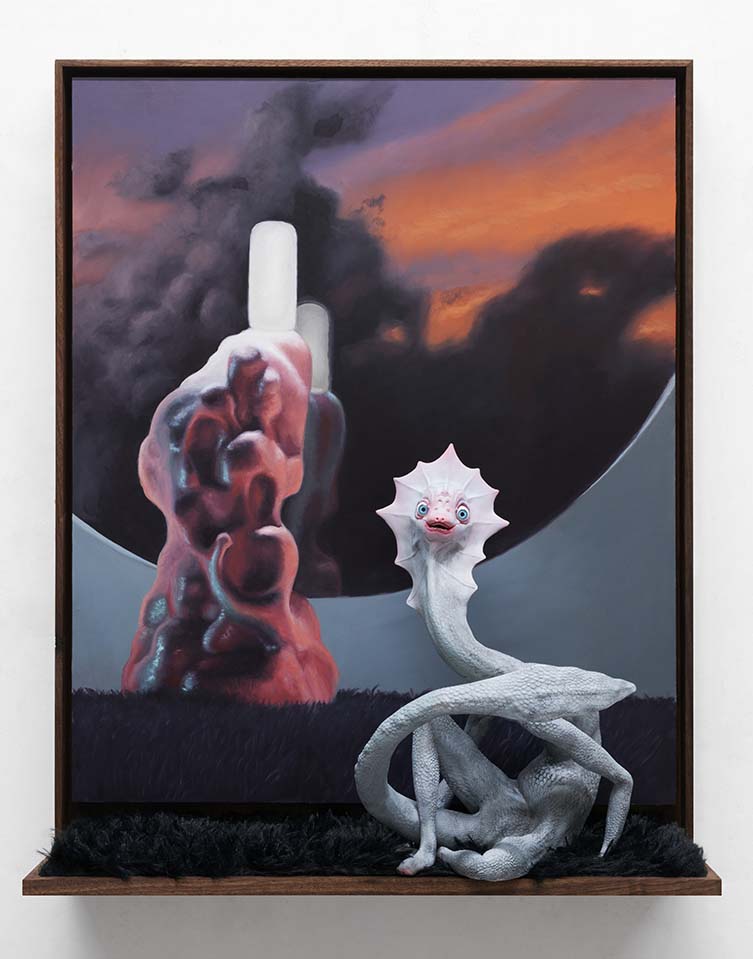 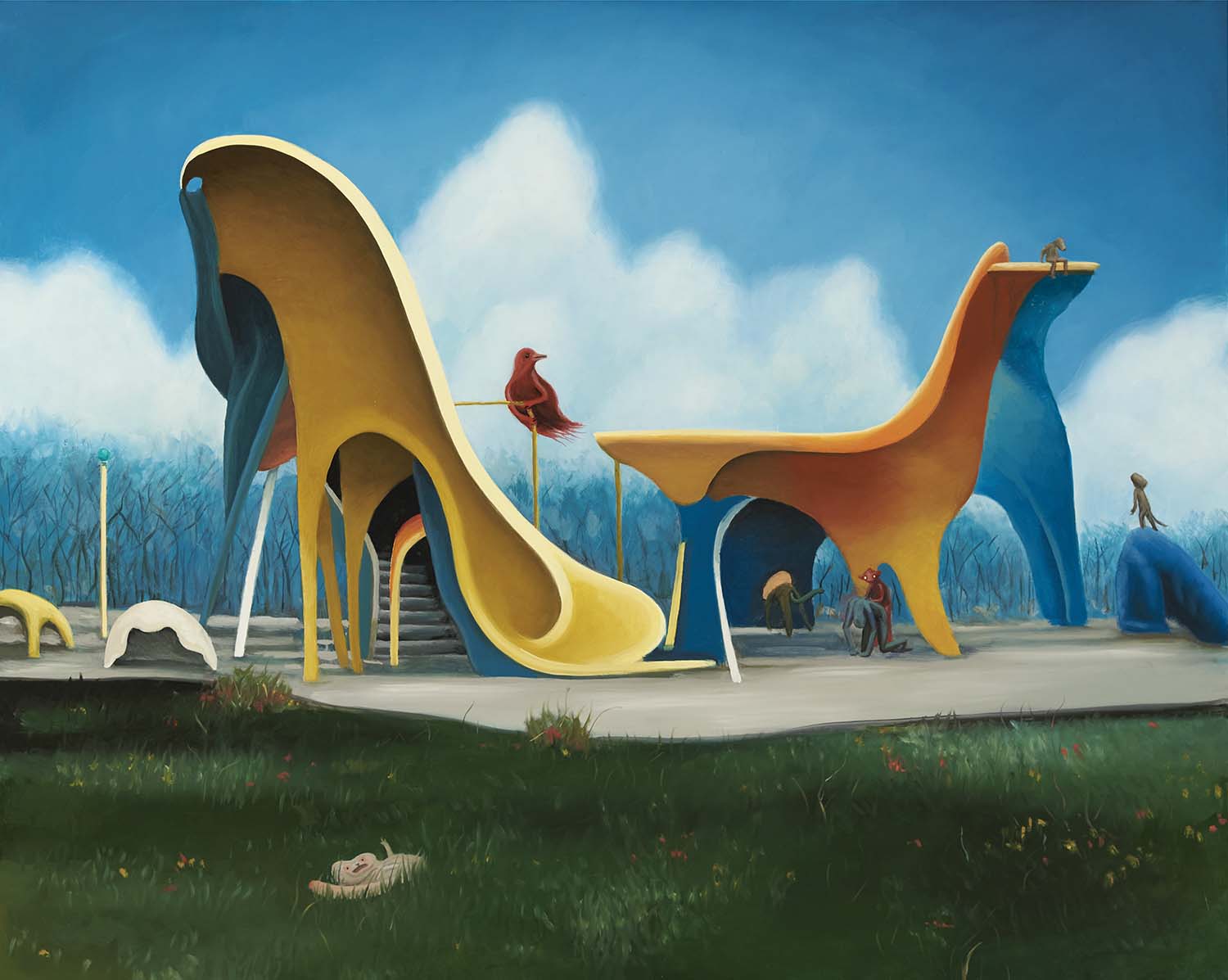 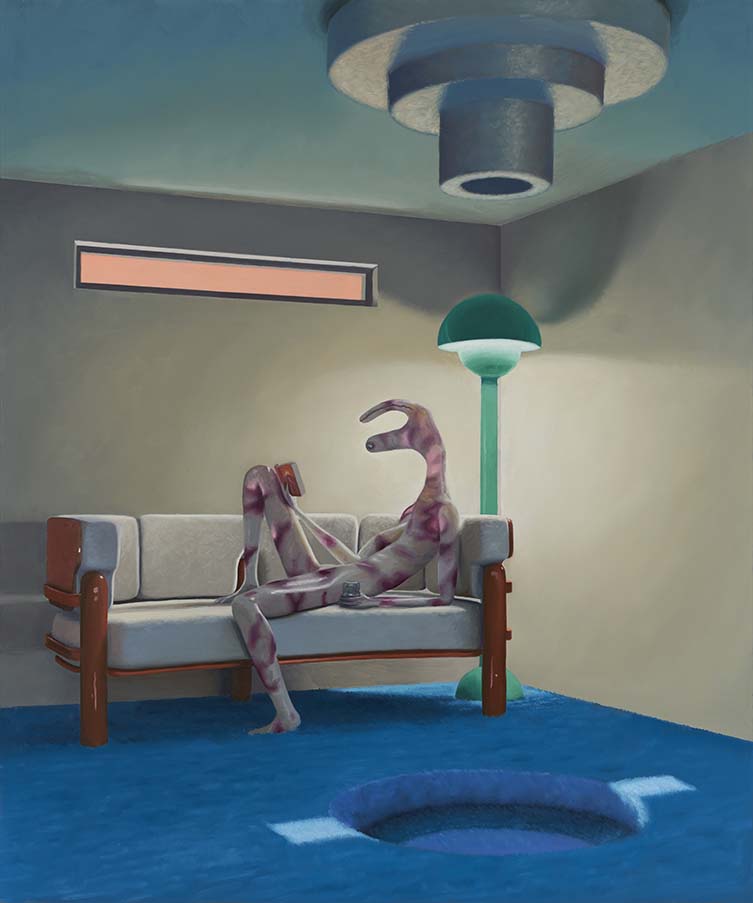 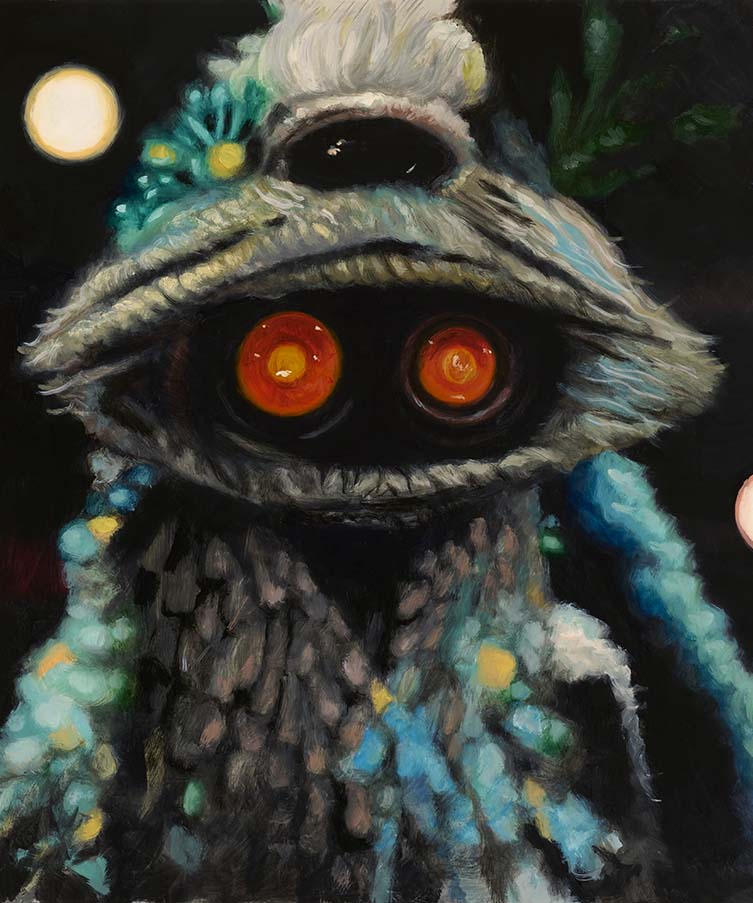