CBD is one of the most significant health crazes of the moment, and it isn’t that difficult to see why. Early research on the compound is providing rather convincing proof that it offers mild to significant health benefits for those suffering from various conditions. 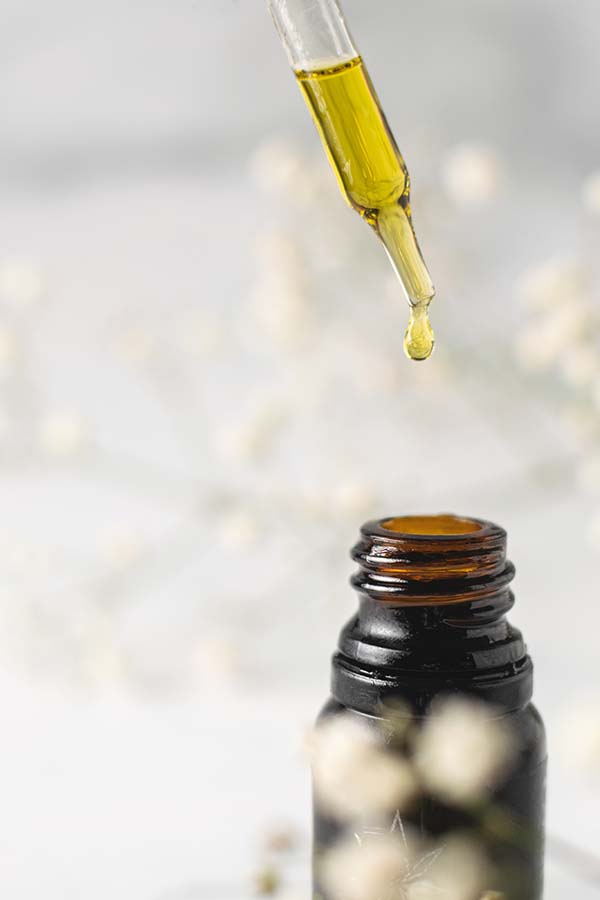 For example, those with severe seizure disorders might only have CBD as a recourse to reduce the frequency of their seizure events, and doctors are seeing promising results in applying CBD to other neurodegenerative patients, like those suffering from Parkinson’s and Alzheimer’s.

Yet, something that often happens during health crazes is that devoted and loving pet owners are trying to offer the same benefits to their pets. Currently, all manner of pet-targeted CBD products are available on the market, from CBD treats to CBD creams to CBD pills to CBD drops, all formulated specifically for furry friends. But does CBD really help dogs and cats, or is it all just a marketing ploy?

The Endocannabinoid System: To understand whether cannabinoids affect pets, it is important to understand how cannabinoids affect people; and that is through the endocannabinoid system (ECS). The ECS is present in almost every animal researched, from complex mammals like humans, dogs and cats to simple invertebrates like nematodes and mollusks, indicating both that the ECS developed remarkably early in evolutionary history and that the ECS is incredibly important to survival; otherwise most animals would have evolved without it.

Only discovered in the 1990s, the ECS is the subject of aggressive research, and scientists are learning more about its functions constantly. The primary role of the ECS seems to be maintaining homeostasis, or internal balance despite changing external environment. As a result, the ECS can impact almost every other system in the body, from the nervous system to the cardiovascular system to the reproductive system to the digestive system and more. The ECS communicates with other systems through compounds it produces called endocannabinoids, which can encourage the creation of other compounds like neurotransmitters or hormones.

When a person (or their pet) uses cannabis, the compounds within the drug primarily affect the ECS. THC, the dominant psychoactive compound in weed, binds in great numbers directly to ECS receptors, causing some ECS functionality to go haywire. CBD, the so-called healing compound within cannabis, does not seem to bind to ECS receptors but instead influences the ECS to produce more of certain endocannabinoids, which can improve functionality in some respects. 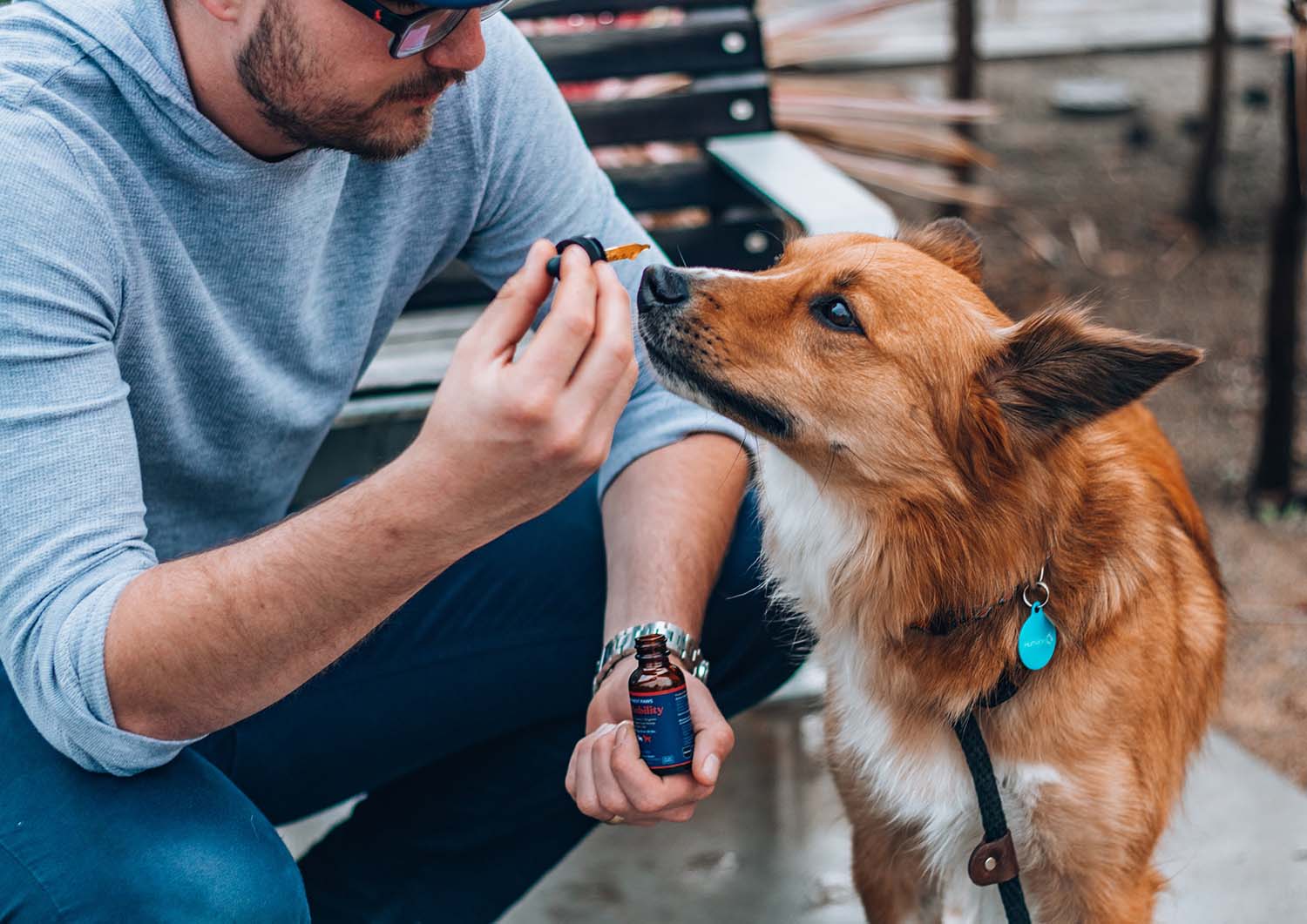 The Evidence for CBD in Pets: Though more research is certainly warranted to better understand the precise activity of the ECS as well as the effects of compounds like THC and CBD, researchers do have some sense of what cannabinoids do inside the human body. The same isn’t necessarily true when it comes to dog and cat bodies. 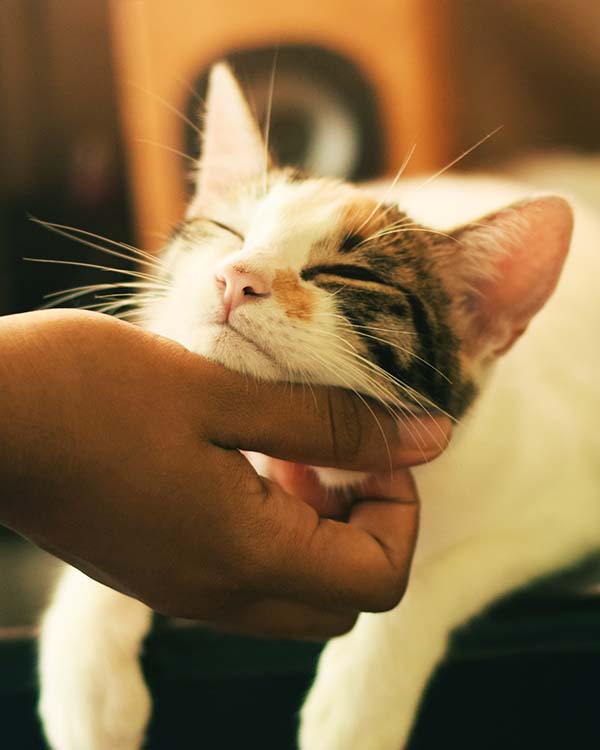 Though the ECS might provide similar functions for pets, the fact is that they are different animals with different bodies that react to the environment in different ways. For instance, humans sweat to maintain a stable internal temperature, but dogs and cats (mostly) do not. The reactions of different systems to stimuli will vary from species to species.

Because there have been no formal studies either on dog and cat endocannabinoid systems or on these animals’ reactions to cannabinoids, researchers and veterinarians cannot say for certain what happens when pet owners dose their furry friends with CBD. It is possible that CBD behaves similarly to how it does in humans, influencing the ECS to generate beneficial endocannabinoids; but it is equally possible that CBD does nothing or does something destructive.

Before pet owners run to their local Arkansas dispensaries and buy CBD products to use on their four-legged family members, they should absolutely make a veterinary appointment and talk to pet experts about CBD’s benefits and downsides. Certain vets may advocate using CBD for specific health conditions, like a seizure disorder or nerve damage that causes the pet chronic pain. Pet owners should also listen to dosing advice and avoid giving their pet too much CBD at a time, which likely won’t do much good.

To the question “Will CBD help my pet?” the answer, unfortunately, is: We don’t really know. If you don’t want to risk an experimental treatment on your pet, you might try to find other options to manage your pet’s condition. However, if you believe in the healing power of CBD, it might not hurt to give the compound a shot. 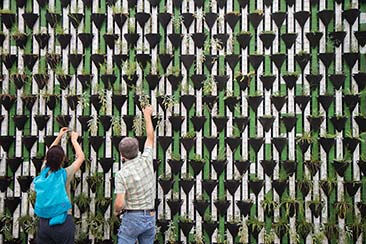 Keeping It Green: With the climate dramatically changing, think about eco-friendly business ideas to make change for the better...

Unless you have been sitting in the dark, you’ll have no doubt heard that climate change is happening a little faster than anticipated. Within 2020 alone, forest fires, melting icebergs, even fire in the ocean, haveHow to Achieve Business Goals... 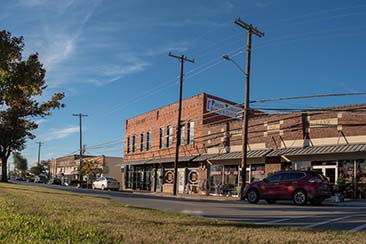 From art to organic produce, discover five things to do in Mesquite Texas that show off its unexpected cultural side...

Out of the many relocation destinations for homeowners in the USA, Texas seems to be one of the most popular options. It could be its warm weather (frequently hot) all year round. Or the excellent job opportunities and low cost of living. It... 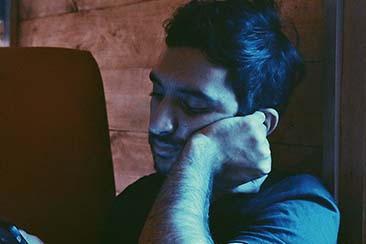 Does sleep improve creativity? In an age of hyper-productivity, it's vital we understand how lack of sleep can affect a creative mind...

The hustle or die mentality leads to creativity struggle. It’s impossible to work all of the time without adequate rest. It’s like expecting to withdraw money from a bank without depositing. Does sleep improve creativity? The simple answer is... 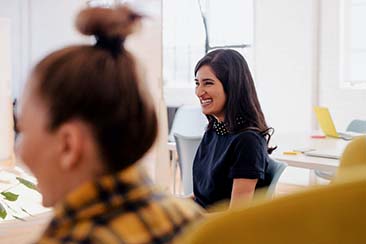 Is your startup everything you had dreamed of? Learn how to recognise and how to achieve business goals to help you succeed...

When you look at your business, would you say that you are achieving the kind of things that you have been dreaming of ever since you started your business? If it isn't you need to understand how to achieve business goals. There was a reason that...