The hustle or die mentality leads to creativity struggle. It’s impossible to work all of the time without adequate rest. It’s like expecting to withdraw money from a bank without depositing. Learn how you can use sleep to maximise your creativity and what lack of sleep is doing to your innovative mind. 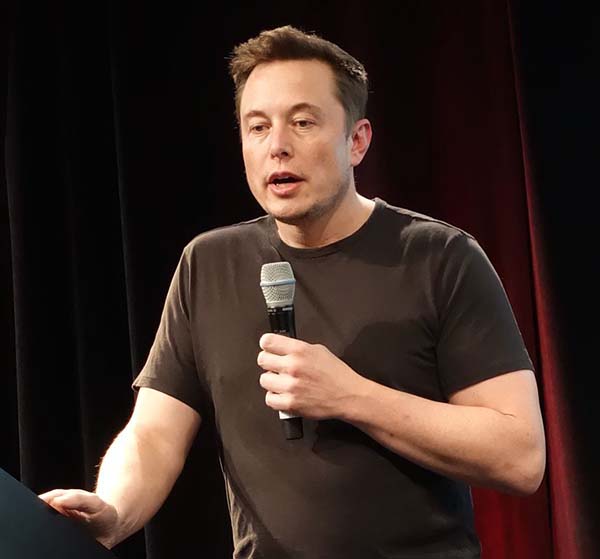 Elon Musk has claimed to work 120 hours a week and barely get enough sleep.

Sleep, rest, and creativity are hot topics of debate; including the stuff of heated online discussion among leaders. Sleep deprivation is not only a risk for creativity, but also for poor health and premature death. It is literally keeping you alive. Recently, Arianna Huffington wrote an open letter to man-on-Mars, Elon Musk, responding to the Tesla entrepreneur’s confirmation of working 120 hours a week and barely getting enough sleep.

“So Elon, the future of Tesla depends on you coming up with your masterpiece. It doesn’t depend on how many hours you’re awake. Tesla—and the world (not to mention you and your beautiful children)—would be better off if you regularly built in time to refuel, recharge and reconnect with your exceptional reserves of creativity and your power to innovate. Working 120-hour weeks doesn’t leverage your unique qualities, it wastes them. You can’t simply power through; that’s just not how our bodies and our brains work”

Creativity requires a healthy body and creative mind. However, 17—19 hours of sleep deprivation makes individuals act as though the brain is under the influence of 0.5% alcohol, with 50% slower in overall performance. This is not an ideal creative mind. This is why staying up late to cram in more work might seem like a great idea, but it will backfire very quickly. 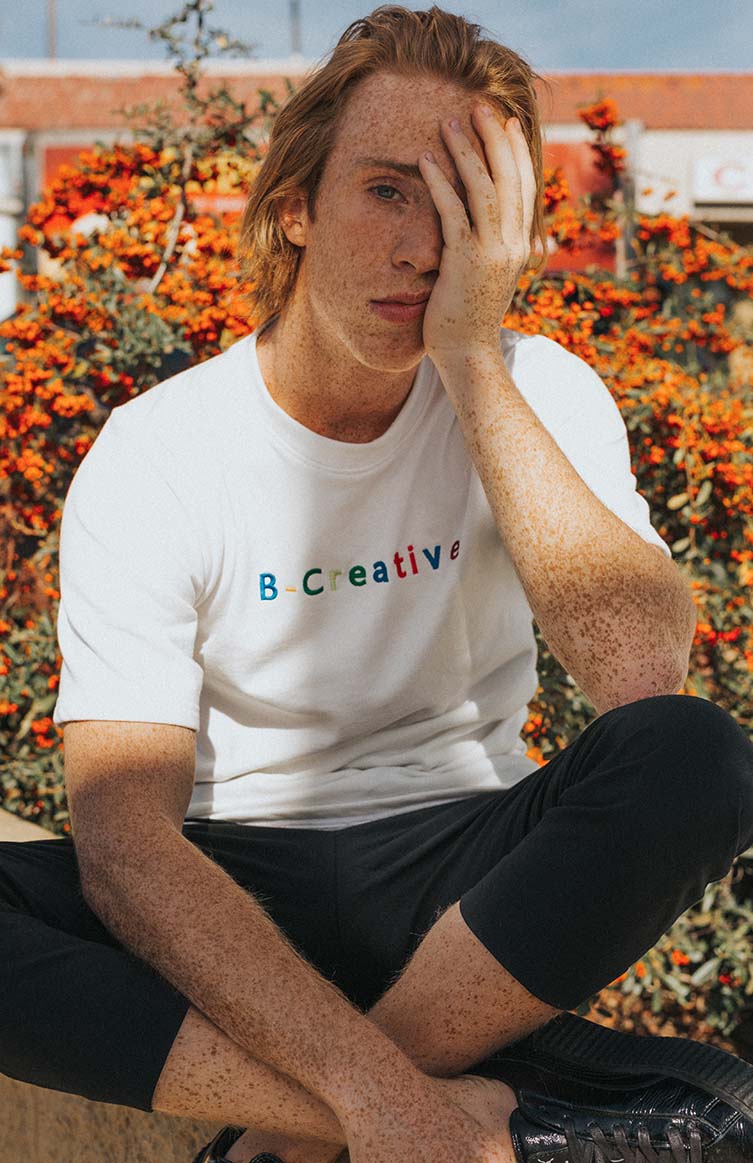 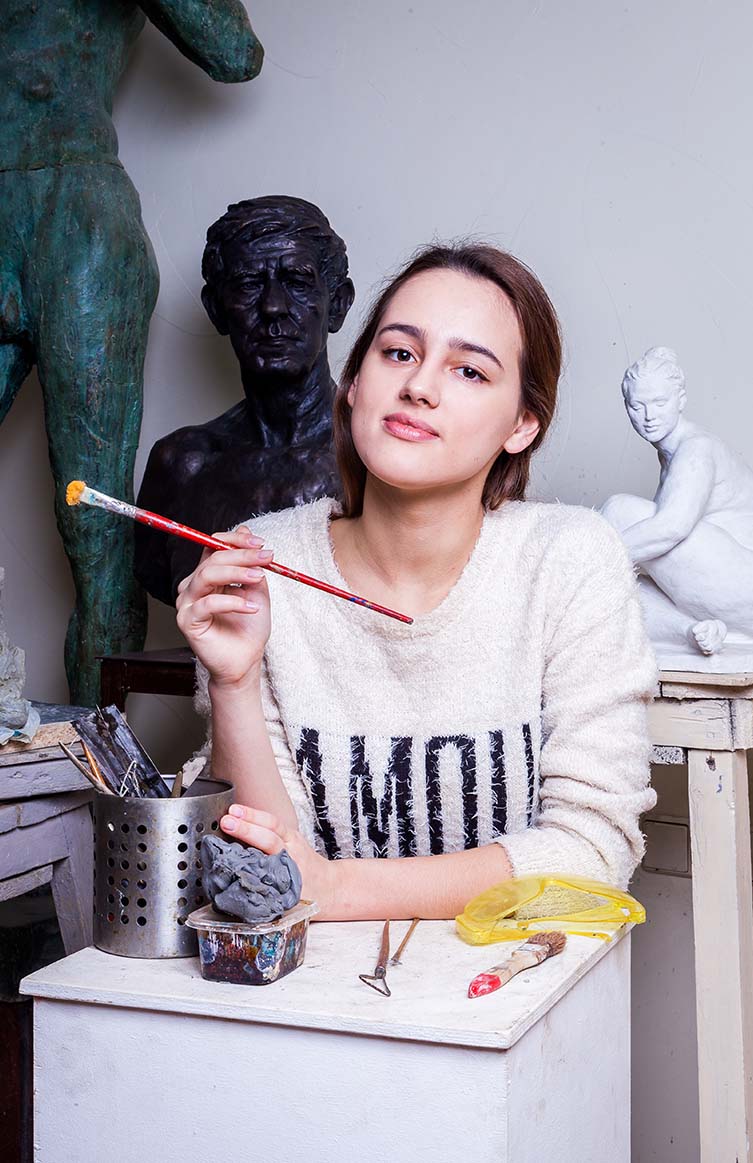 Importance of Sleep for Creativity

Lack of sleep has been linked to poor cognitive function including poor focus, concentration, low creativity, erratic behaviour, inability to multitask, and increased mistakes. These are executive functions needed to facilitate a creative or designer’s mind.

Poor sleep has also been shown to contribute to high blood pressure, a weakened immune system, weight gain, mood swings, paranoia, depression, sexual decline and a higher risk of diabetes, stroke, cardiovascular disease, dementia and some cancers. At some point the body loses the ability to cope with lack of sleep.

How Sleep Helps You Wake Up with a Creative Mind 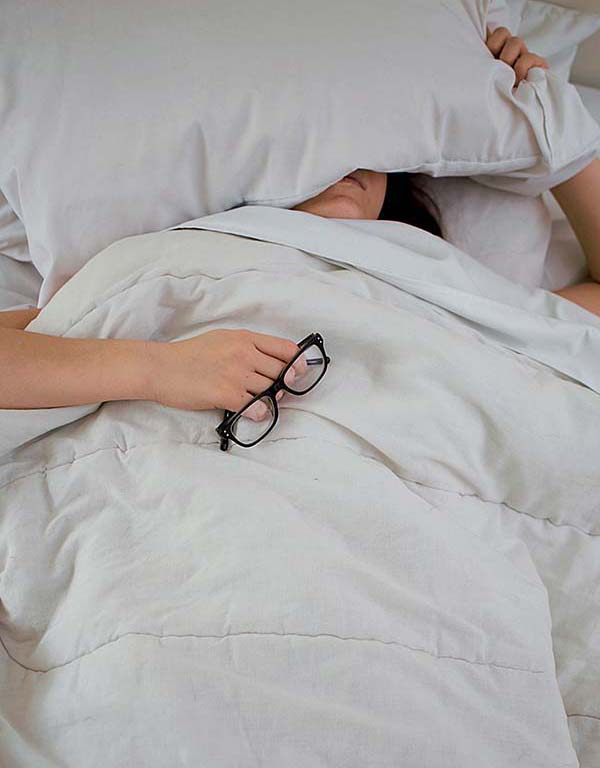 As you sleep, you move through a series of different stages, which are categorised into rapid eye movement (REM) sleep and non-REM (NREM) sleep. NREM sleep is divided into three sub-stages: 1, 2, and 3/4 (stages 3 and 4 are combined into one stage). Moving through these stages once is called a sleep cycle.

An average, healthy sleep cycle lasts for 90 minutes. The longer you sleep, the more sleep cycles you’ll have. On average, people get three to six sleep cycles per night. Sleep begins with stage 1 through 2, followed by 3 and 4, and finally on to REM.

Our body has a lymphatic system to drain out the waste and toxins at all times, but the brain’s waste disposal system only works efficiently during sleep. During REM sleep, the brain cells actually shrink to allow the cerebrospinal fluid to flow 10x faster in between brain cells than when we are awake.

This process removes toxins that accumulate when we are awake, leading to improved executive skills including:

This brain cleaning helps clear out toxins such as beta amyloid protein, which is known to build up in cases of Alzheimer’s disease. A 2018 study found that just one night of sleep deprivation left participants with an increased accumulation of beta amyloid protein. 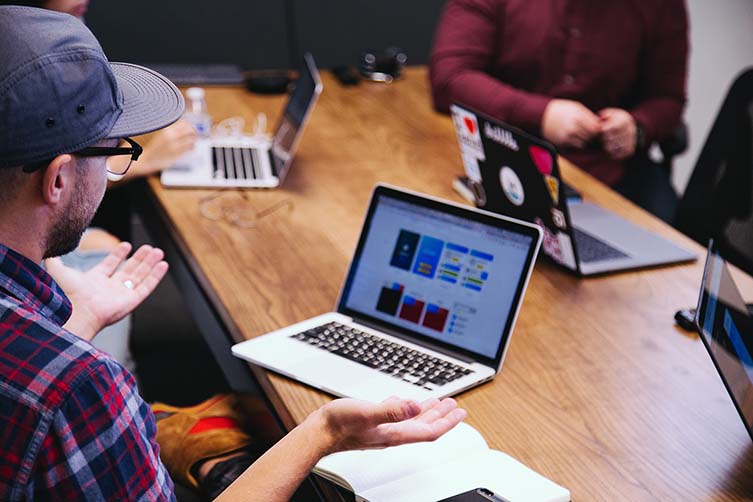 The Role of REM Sleep in Creativity and Productivity

Memory consolidation: REM sleep is important in the brain’s ability to retain new memories. According to this study, the part of the brain called the hippocampus consolidates new information into long-term memories. Disrupted REM sleep can slow down brain function. This is why often sleep deprived individuals read a sentence a few times to understand the meaning. This can be detrimental for creativity as the brain has difficulty generating and remembering new ideas.

Dreams for Creativity and Problem Solving

Dreaming is a simulation of reality with full visual imagery, sounds and intense emotions; yet muscles are temporarily paralysed to allow safety and rest. Dreaming can happen through the different stages of sleep, including REM. However, since REM sleep lengthens throughout the night, most people remember dreams that happen close to waking up. 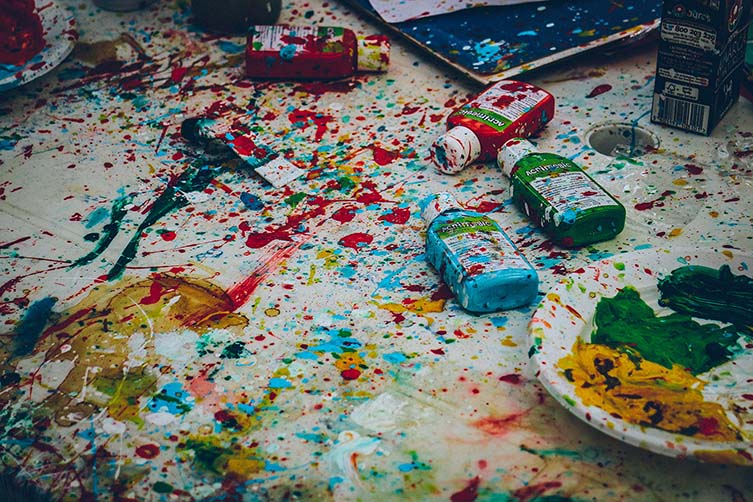 From a neuroscience perspective, dreams are simply a harmonisation process in which the brain evaluates your recent experience and sorts through episodes of varying encounters during the day in order to identify patterns in information. The brain participates in auto-evaluation to decide which memories to encode in long term. 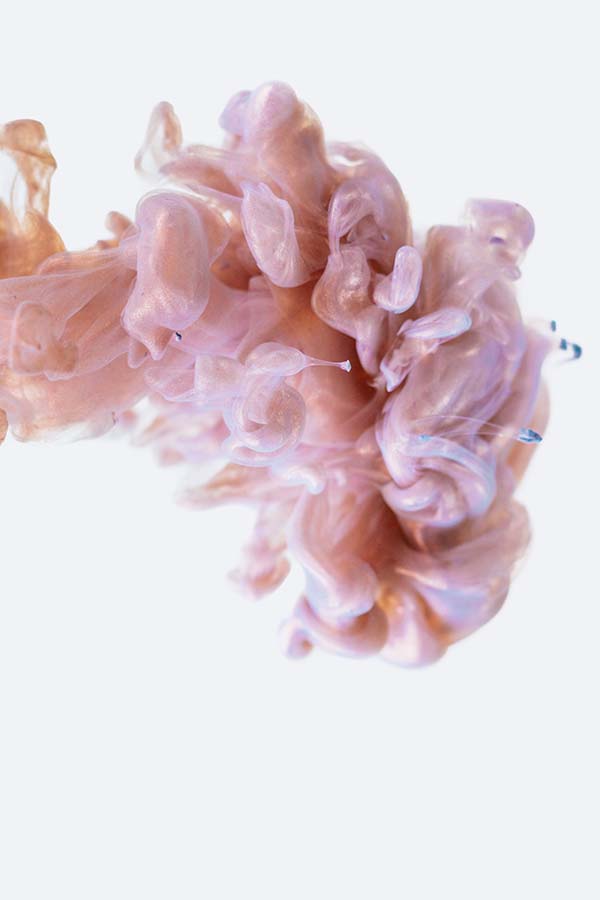 Essentially, the process sorts out and strengthens neural connection, highlighting creative thought-processes that couldn’t emerge during a busy day. During dreams, the brain is able to evaluate the problem without the interruption of the external world, therefore having better clarity. This is why a problem that was too difficult is easy to solve in the morning.

Mendeleev, a Russian chemist, wanted to create a table of elements arranged in order of atomic number. Proper organisation of elements required brain focus and creativity. Apparently after not sleeping for three days and three nights, he was frustrated, exhausted, and unable to break the code.

Evidently, lack of sleep affected Mendeleev’s ability to think creatively. Frustrated and exhausted, Mendeleev lay down to sleep. During sleep, REM sleep consolidated his memories of elements swirling in his mind. In his dream, the brain accomplished to recognise patterns and neural connections that lead to the clear organisation of elements that he couldn’t see with an exhausted brain. In Mendeleev’s own words: “I saw in a dream a table where all the elements fell into place as required. Awakening, immediately wrote it down on a piece of paper. Only in on place did a correction later seem necessary” —Page 220, Why We Sleep, Mathew Walker.

How Dreams Help with Emotional Rejuvenation

REM sleep also plays a role in emotional wellbeing, with people who were prevented from getting enough REM sleep experiencing a decreased ability to deal with stress, anxiety, and distractions. Psychologists, like those here, are keen to stress the importance of sleep upon mental wellbeing. When we encounter a problem during the day, it might seem overwhelming, but during dreams, the brain is able to evaluate the problem without interruption of the external world, therefore letting go of any catastrophes. 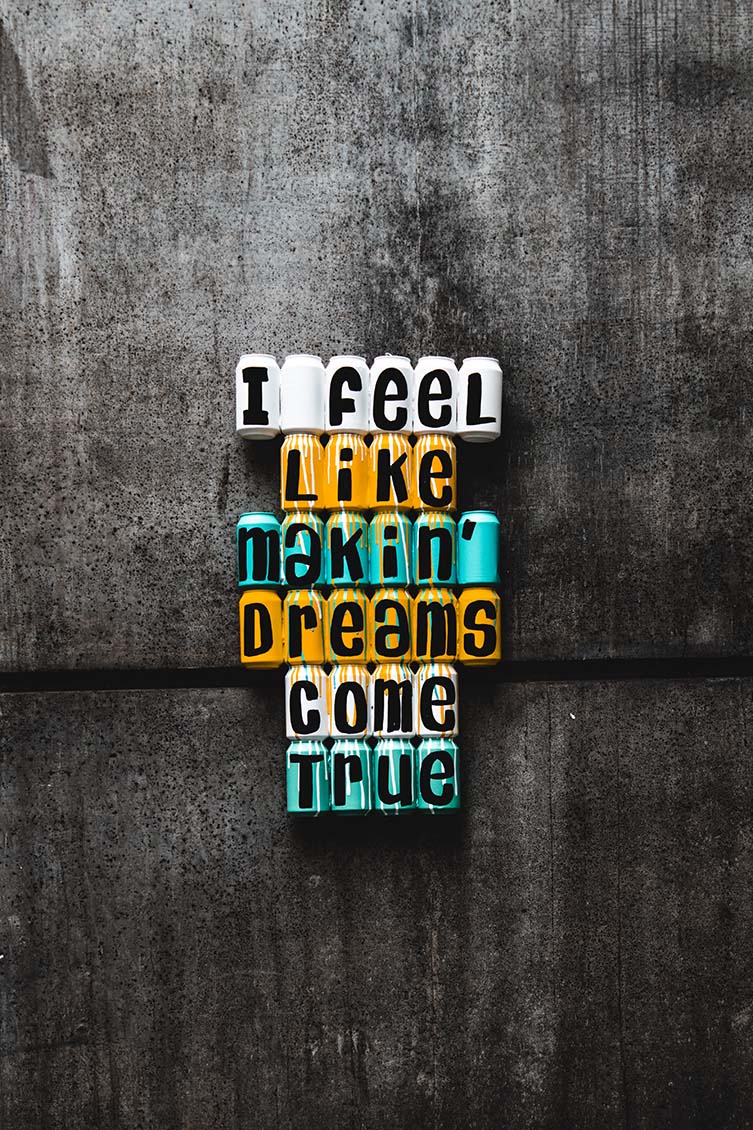 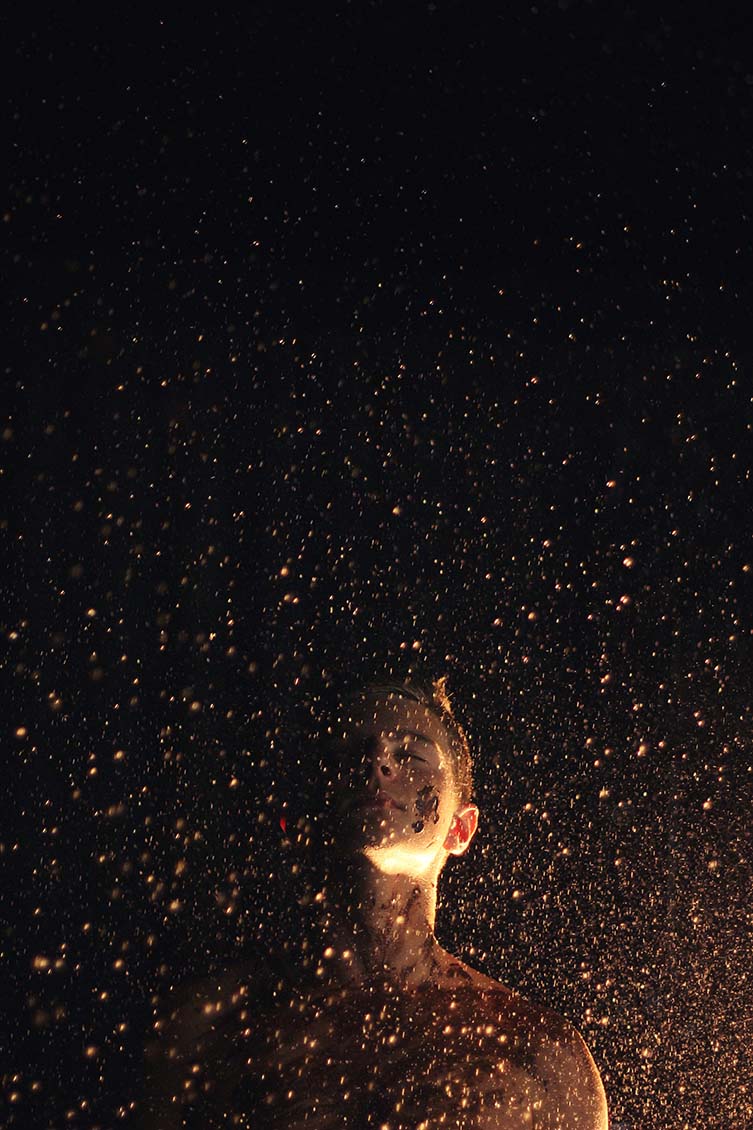 Strategies for a Better Night’s Sleep

1. Create a regular sleep schedule
2. Create a 30-60 minutes healthy and relaxing Winding Down Routine
3. Get sunshine exposure during the day
4. Exercise regularly within 2-4 hours before bedtime
5. Avoid alcohol, caffeine, and nicotine 4-6 hours before bedtime
6. Prepare your bedroom environment for only sleep, sex and sickness
7. Manage temperature fluctuations with appropriate mattress, bedding and room temperature
8. Eat healthy and avoid heavy and spicy meals within 2 hours before bed
9. Promote healthy social interaction to promote emotional stability and a sense of wellbeing.
10. Avoid television, computers, and screens (such as smartphones or tablets) for at least an hour before bedtime.
11. Make a list of things you are grateful for
12. Make a list of things you need to do when you wake up
13. Practice your favorite relaxing activities such as listening to music, playing an instrument, stretching, or singing

If you’ve tried all of the above tips, and you’re still struggling to drop off to sleep, it’s time to seek medical advice. There is a lot you can do at home to try to manage sleeplessness, but after a certain point, you may need help to overcome the barriers that are stopping you from resting properly. Sometimes, lack of sleep can point to an underlying health issue that may need addressing, such as sleep apnoea.

The first step is to speak to your GP and explain the issue. They may be able to recommend some medication for short-term use that you can use through nhs prescriptions and that will just help to break the cycle of sleeplessness; especially when used in conjunction with other methods of relaxation. Sometimes this is enough to restore the balance and get things back to normal. If there are signs of a bigger problem, your doctor can make a referral to a sleep clinic who can investigate the cause of your sleep issues further.

Manage your sleep challenges today, before it gets worse and creates a negative impact on your health and creativity.

Written By Joselyne John, RN, Sleep Expert of Online Mattress Review. Joselyne has helped hundreds of people transform their sleep through her one-on-one program, workshops, and presentations. In addition to being a Registered Nurse, a Spencer Institute Certified Sleep Science Coach, and a Certified Health Coach, Joselyne has been trained in Holistic Sleep Solutions, looking at how lifestyle, biochemical stress and hormones, thyroid and other health issues, nutrition, and gut health impact sleep. 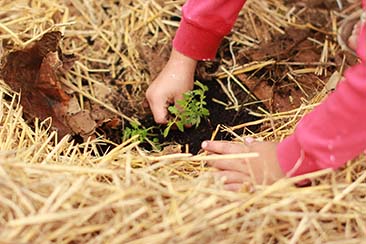 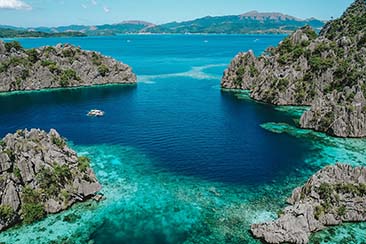 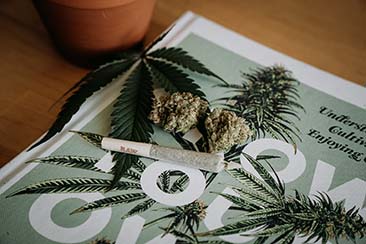 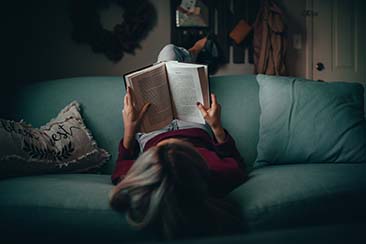