What if the Druids had been boshing mind-bending chemicals instead of practicing witchcraft and dabbling in ancient soothsaying? What if fat Elvis was doing a residency at Stonehenge — or if summer solstice came with a side order of Britney? 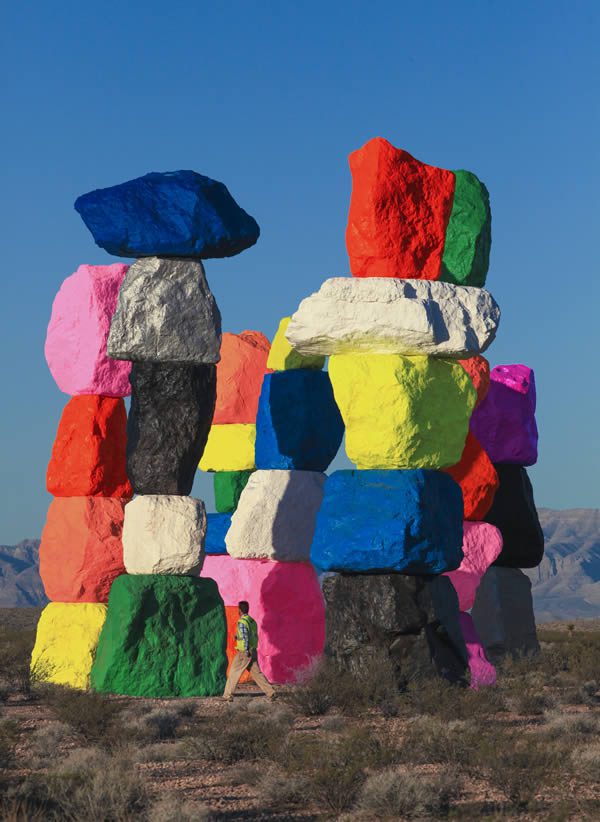 Rising high above the desert landscape along Interstate 15, the uncompromisingly barren drive between Las Vegas and Los Angeles, the New York-based artist’s evocative works talk of the uneasy balance between the power of nature and the overtly artificial aesthetic of Sin City. Produced by Art Production Fund, New York, and Nevada Museum of Art, Reno, Seven Magic Mountains is close to Jean Dry Lake; the site of legendary 1960s ‘earth-art’ installations by fellow Siwss Jean Tinquely and American Michael Heizer.

In a time where our interaction with nature is under constant scrutiny, when we push our interaction with earth to the limits, Rondinone’s work symbolises our anxious relationship with the natural world — manifesting the awkward juxtaposition that is Las Vegas, and daubing the arid Mojave with a psychedelic representation of the human footprint. 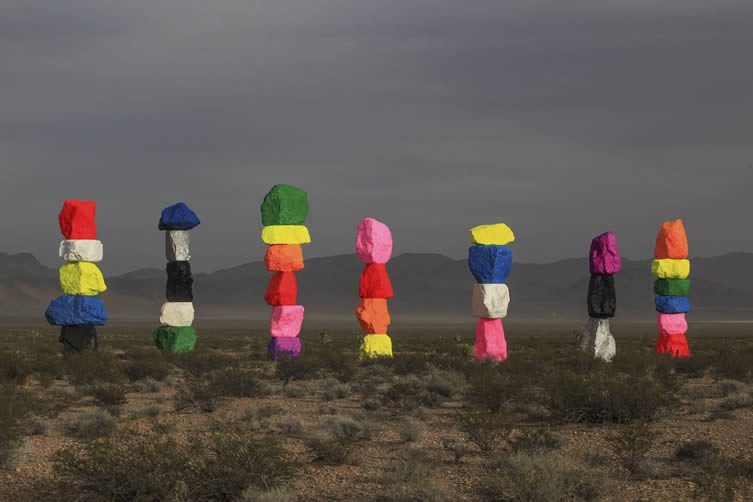 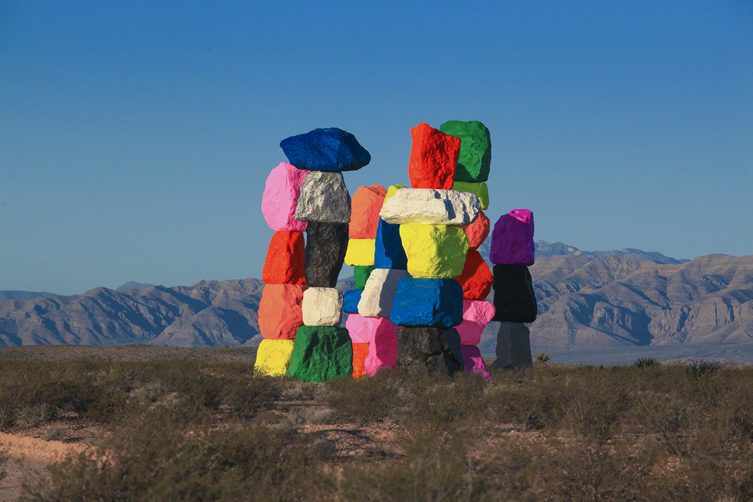 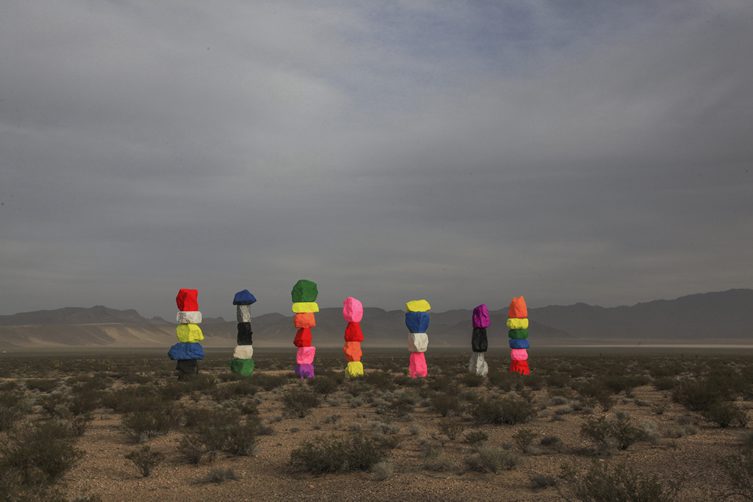 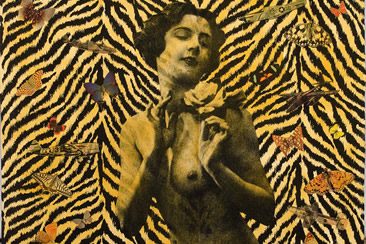 Drummer Wildcat Will and his Belle Époque nudes dance to a different beat at Beautiful Crime gallery...

William Blanchard pretty much confirms the theory that drummers are the weirdos in any band — he describes taking up the drums as akin to running away and joining the circus. His experiences in the fantasy world of the music industry informs his... 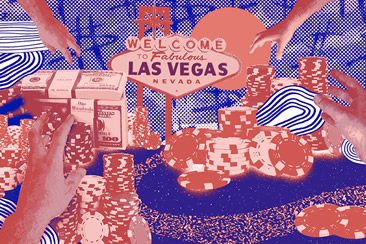 Let’s be straight with one another, let’s get this over with. I don’t like you and you don’t like me. I think you’re brash, wealth-obsessed, full of losers and. Well. Just plain ugly. You think I’m a bum. Rest assured I’m only here... 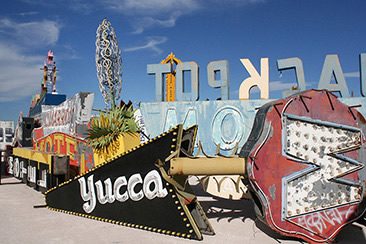 We pay our respects at Sin City's dazzling graveyard...

Las Vegas is a shining beacon of everything that's bad for you (gambling, boozing, getting married), and what gives the capital of vice most of its shine? The megawatt signs that entice punters both seasoned and naïve alike into the open arms of...