William Blanchard pretty much confirms the theory that drummers are the weirdos in any band — he describes taking up the drums as akin to running away and joining the circus. His experiences in the fantasy world of the music industry informs his artistic practice and help explain his fascination with the Belle Époque period. Blanchard, aka Wildcat Will, was the drummer in Shakespeare’s Sister (his other half is Siobhan Fahey) and he’s worked with Beth Orton and Death in Vegas among other acts. On this occasion he’s returned to his other passion, art, for an exhibition under his alias at the Beautiful Crime gallery, London.

Will, as he shall henceforth be known, dropped out of art school after a year to embark on his musical career. In between tours he would sometimes find work on building sites, hanging around with street artists, such as Ben Eine, whose style influenced his own work. Will’s latest collection draws links the spirit of libertine Paris and in particular the topless bar Folies-Bergère to the rock’n’roll lifestyle; dancers at the club became celebrities during their careers, but often died in poverty when the limelight faded. The assemblages encompass a wide range of influences from Manet’s A Bar at the Folies- Bergère to pop and street art, with vintage nudes presented against decorative backdrops often containing a favourite motif; the butterfly. The exhibition runs from 9 to 31 July. 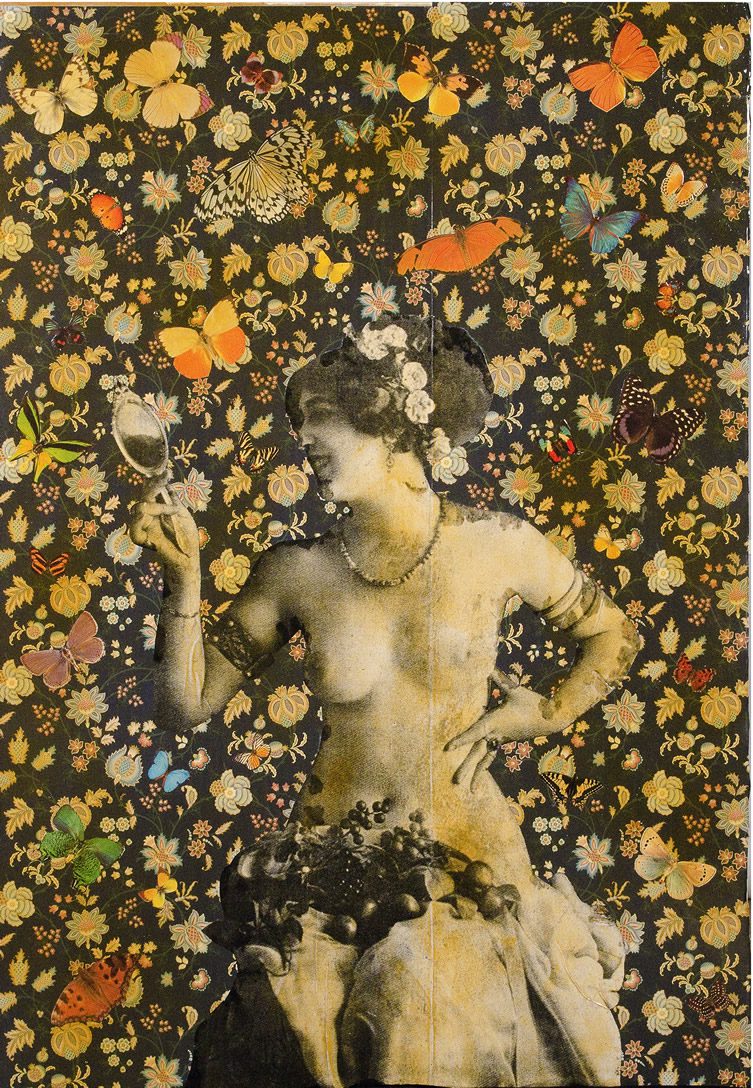 Through the looking glass, 2015 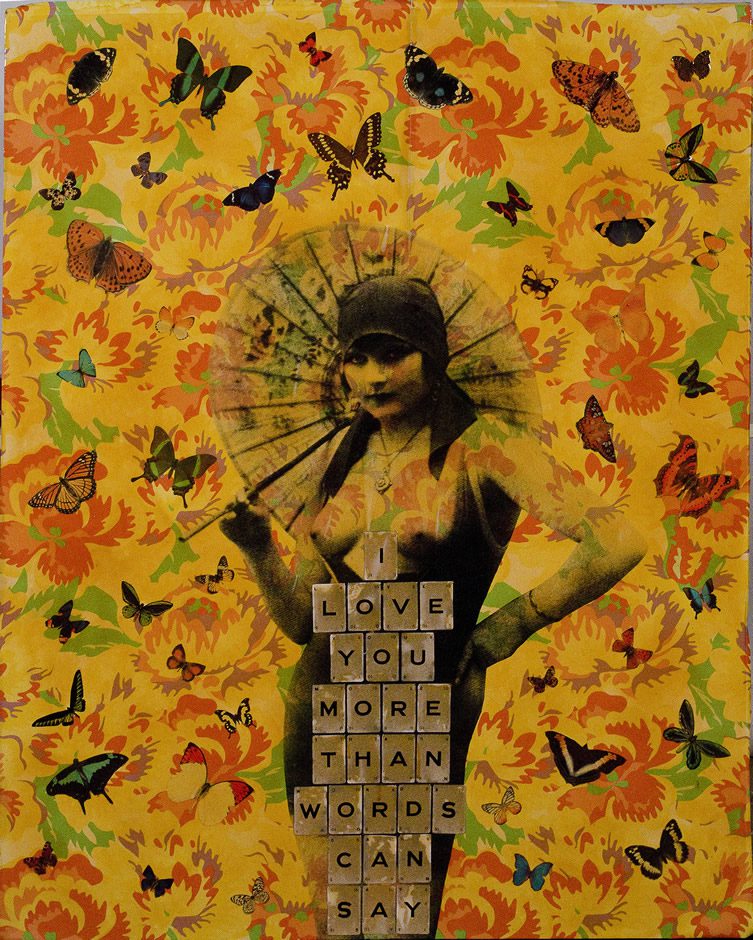 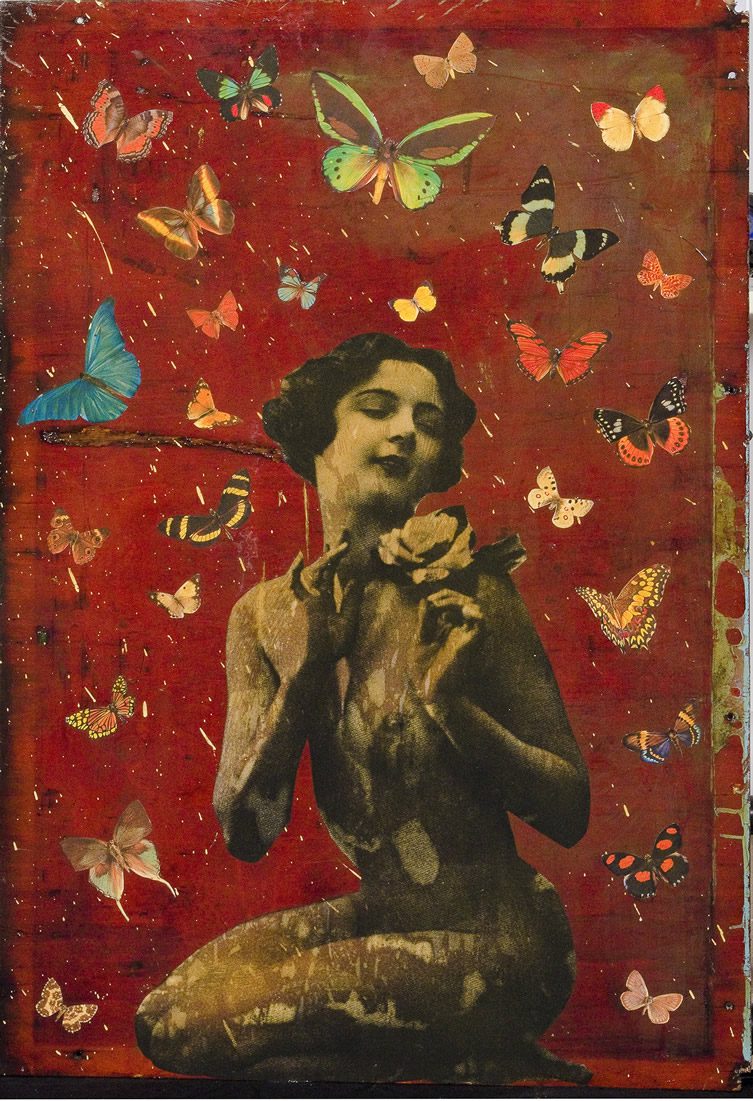 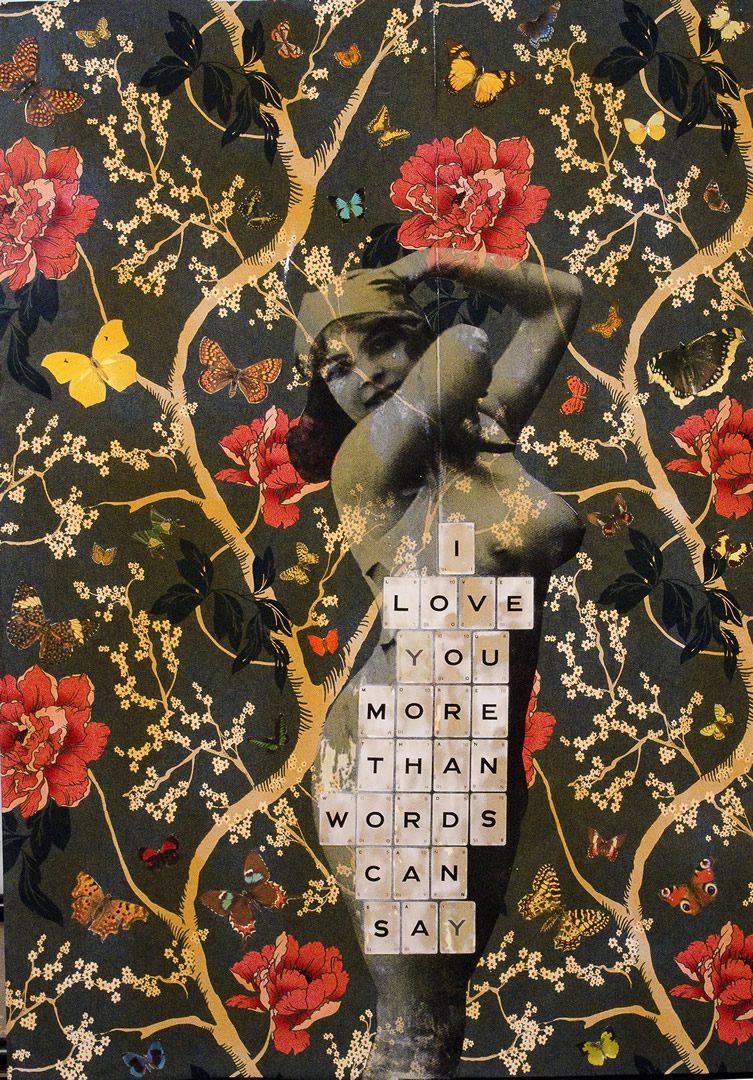