Nicely tucked away amid a wealth of bars and restaurants, and opposite a swanky five-star hotel, Jun Tanaka’s first solo venture opened just six months ago in Fitzrovia. The Ninth (it’s the ninth restaurant he’s worked in, the first he’s owned) could hardly be better located. 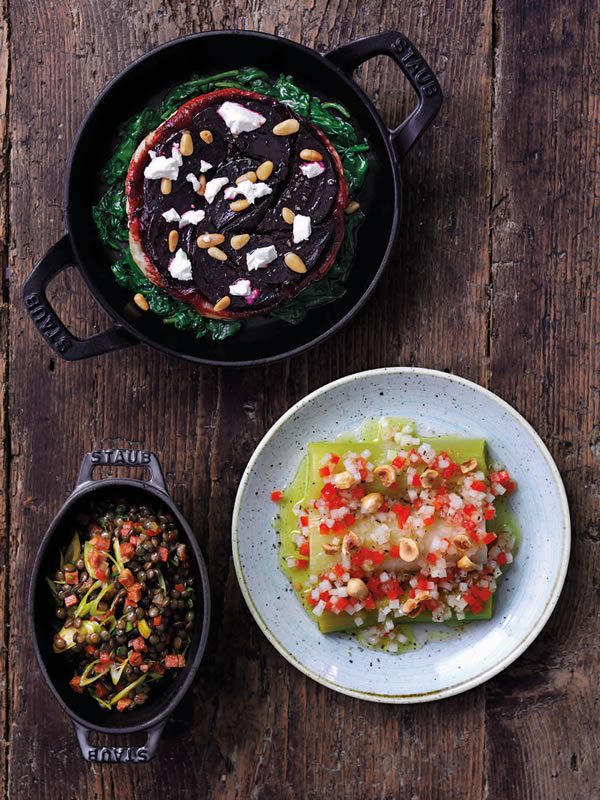 Charlotte Street is one of those working London streets where business is booming; where advertising agencies, and production and media companies, rub shoulders over of decent glasses of (probably) French wine. It’s a scenic spot, abuzz with activity and reputed as one of London’s dining destination streets. It took chef, slash TV personality, slash author, slash restaurateur (and all round lovely guy), a year to find the spot. Natural materials create intimate environs; with copper features, deep green highlights, antique style mirrors, and leather banquettes, set over two floors.

‘Dale Atkinson of Rosendale Design designed the interiors. I decided to work with Dale a year before we even found the site, and by the time we did, he knew exactly what I wanted. For me, it was all about being inviting and approachable in the neighbourhood. On the first day we got the keys, I took a pickaxe and just broke into the wall to see what was behind it. We found natural brick beneath four layers of plaster, and decided to keep it exposed,’ begins Tanaka. 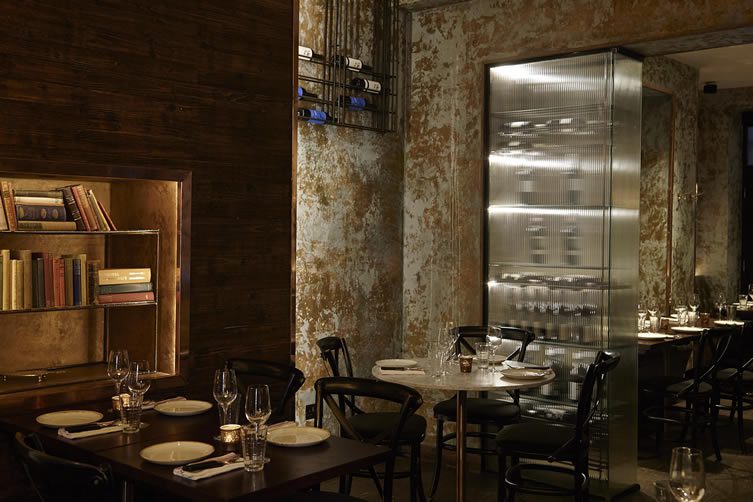 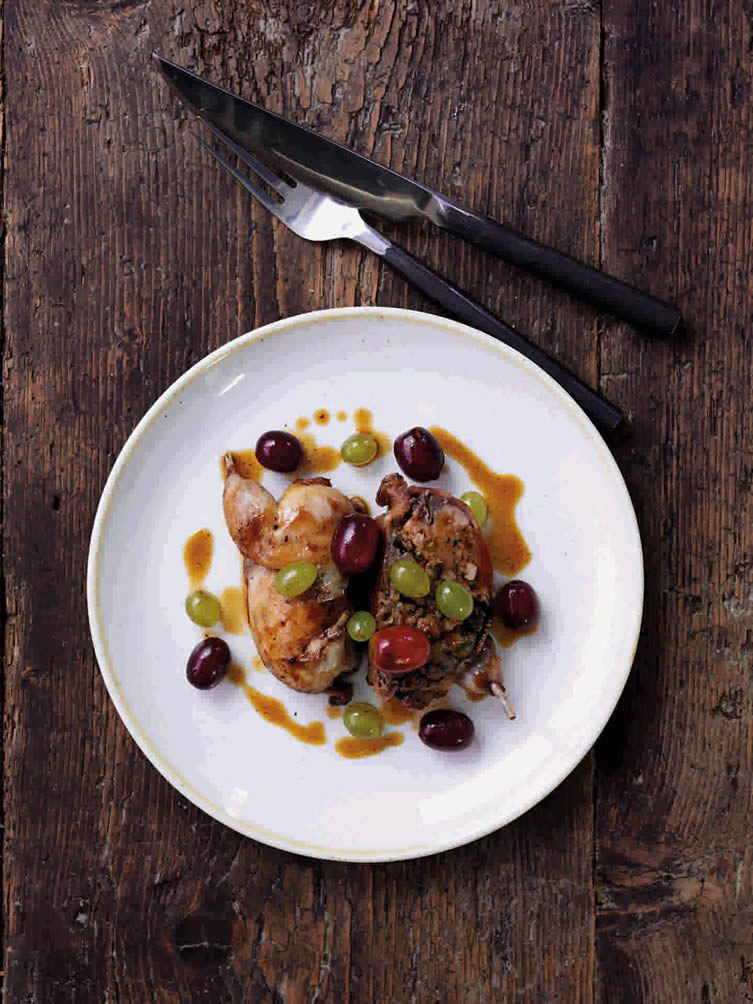 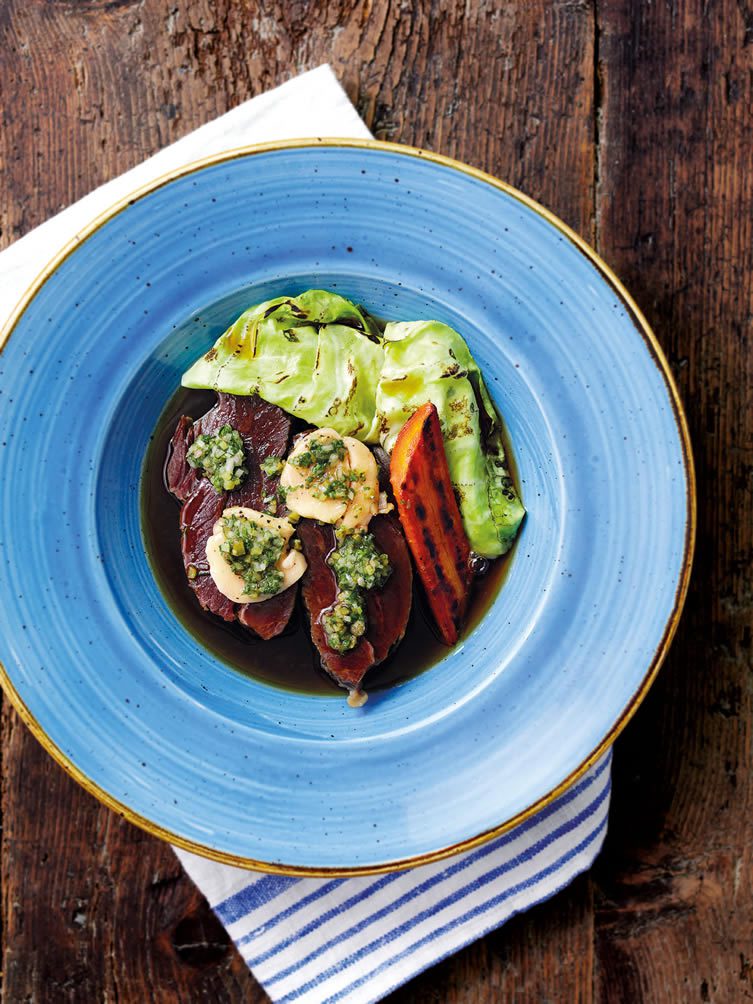 ‘Copper also features heavily in the restaurant because I love the warmth of it. I don’t use copper pans in the kitchen because they are far too high maintenance, but the team found a collection at local flea markets to hang on the walls. We also introduced green to represent the tones of oxidised copper on the front of the bar, and used rebar (reinforcing steel) to create a kind of graphic look for the glassware that hangs above it.’ 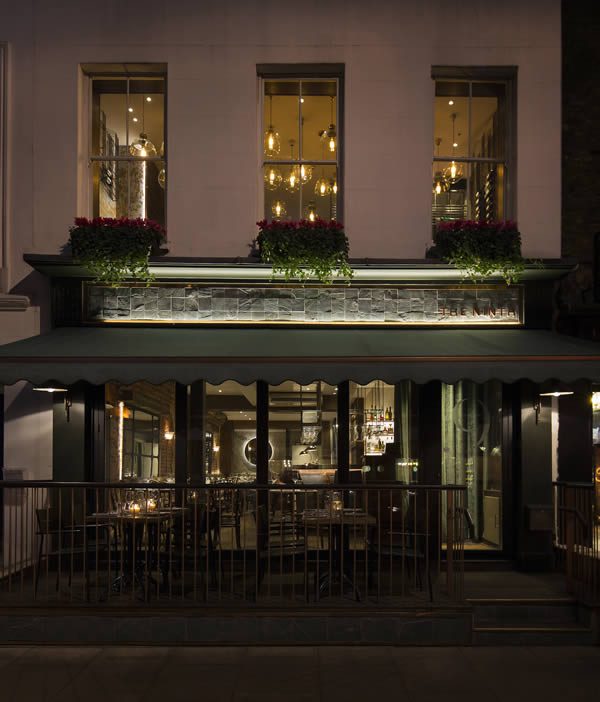 ‘For me, the experience of a diner begins outside the restaurant, you have to walk past and actually want to go in. The lighting, vibrancy, ambiance and warmth are incredibly important. There’s a restaurant in New York called Locanda Verdi, and as soon as I walked past it, I immediately wanted to go in … that’s the kind of feeling I wanted to create for The Ninth.’

It works, and once enticed in, the food more than matches expectations. It’s all sharable, French-inspired, Mediterranean cuisine, with a menu divided into lead ingredient sections: meat, fish, vegetables, and so forth. It’s seasonal, expertly-selected, and frankly exciting. As a recent pescatarian (or a ‘pesky’ according to my friends), the menu at The Ninth is a dream; its ‘raw and cured’ section — including the razor clam ceviche and sea bass carpaccio with salsa verde and pickled kohlrabi — tasted wonderful. The presentation was interesting, almost artistic, colourful, and pretty.

The bass arrived under a silky green blanket of salsa verdi, with a mini spatula to serve. It looks unusual and fun, and tastes delicate, sweet, enlivening. The larger dish of sea bream, in contrast, came whole — plentiful and just like you’d expect from a sea-fronted local restaurant on the Med. On the bone in Staub cast-iron dishes, it’s rustic and very appropriate. I liked the contrast. 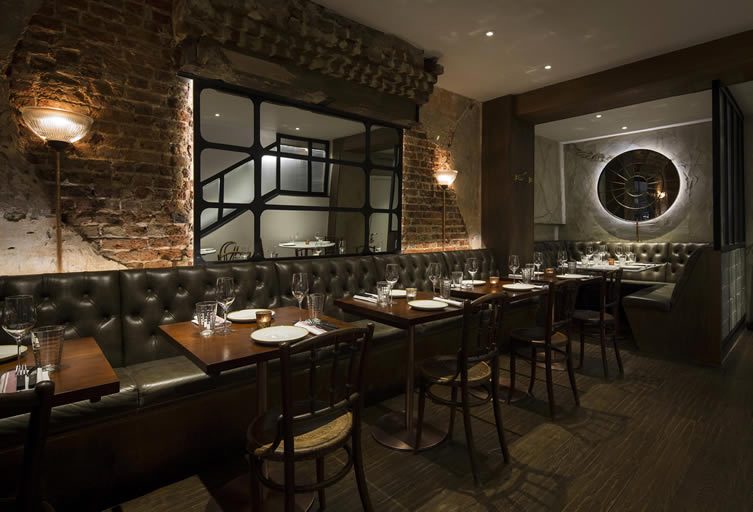 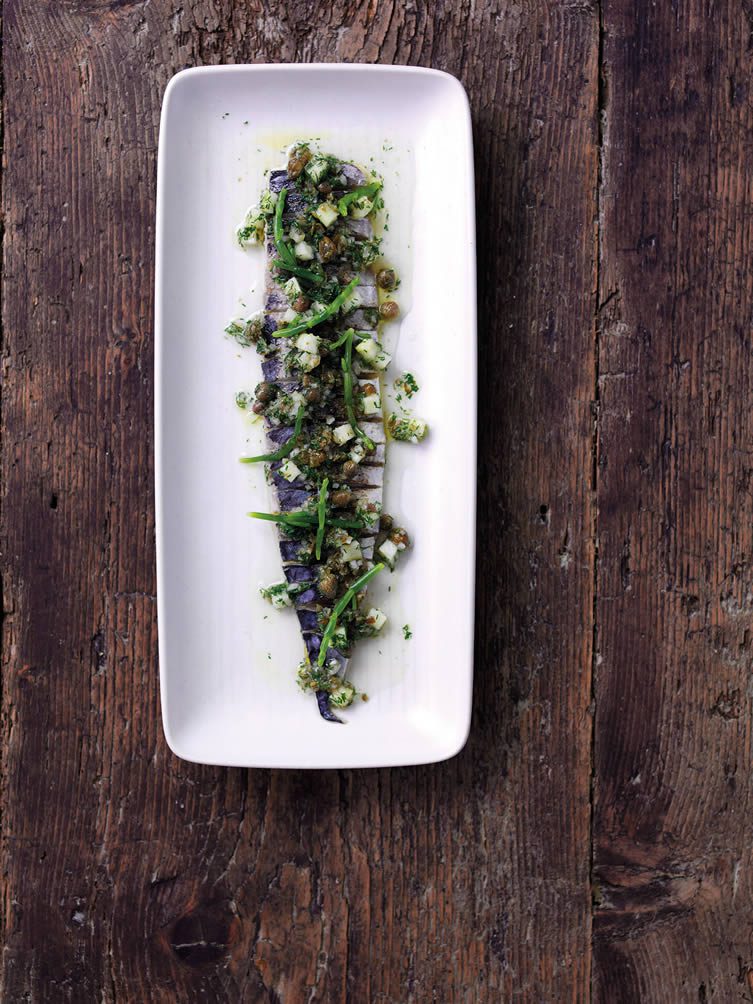 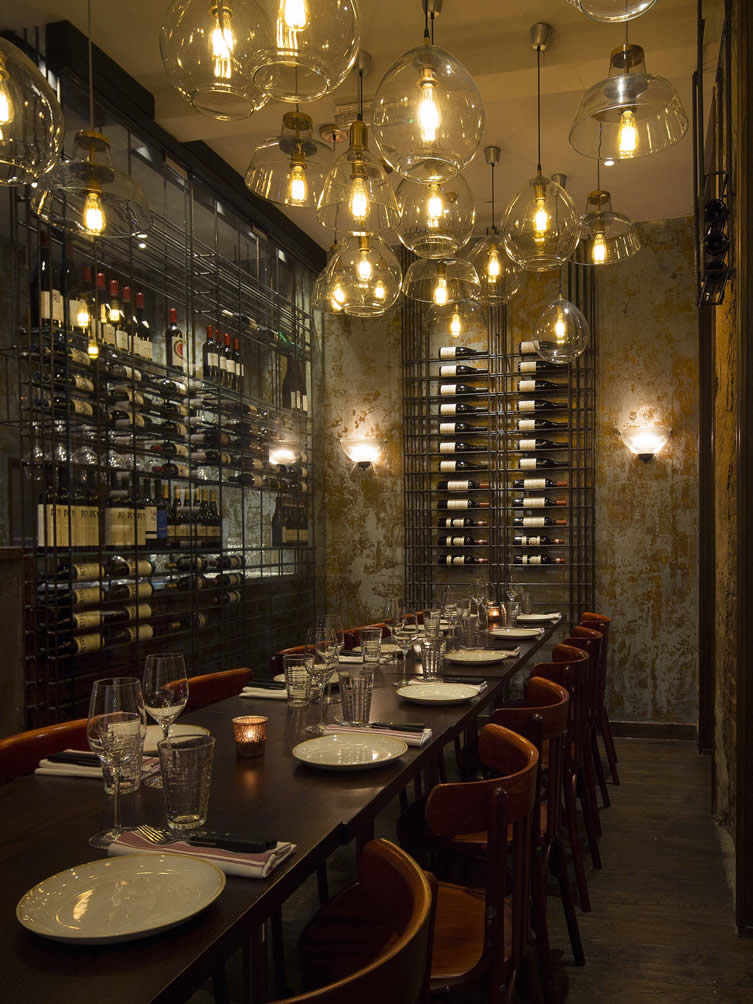 ‘Each ingredient should dictate how the dish is presented. For me, there is only one way to cook fish, and that is on the bone. Fish on the bone has so much more flavour, it retains the juices, and I can get away with it at The Ninth — because the concept is about sharing food in a relaxed and informal setting.’ 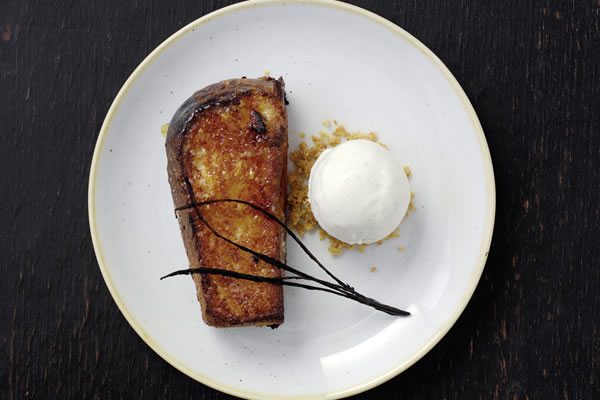 A dreamy helping of French toast.

‘The best single fish dish I’ve had in my entire life, including three Michelin-starred restaurants, was at a local restaurant in Tel Aviv. It was a whole red snapper cooked in a wood-fire oven, with herbs and cherry tomatoes. It was so amazing, yet so simple.’ Jun concludes. ‘And that is one of the reasons why I let the ingredients dictate how my dishes are presented.’

What Jun has created with The Ninth seems to be something he has always wanted to do: well-sourced, fuss-free, ingredient-led cuisine that is reverentially executed. Pair that up with a space that is both inviting and romantic, and what feels like it’s been there for years, and you have yourself a winner. One dish that I went a little silly over, that no one should miss, was the Pain Perdu. Essentially French toast (or eggy bread), the calorie-laden chunk of sweet and crunchy bread is one of those sod-the-diet puddings that you’ll remember for days after, and (if you’re me) perhaps even dream about. 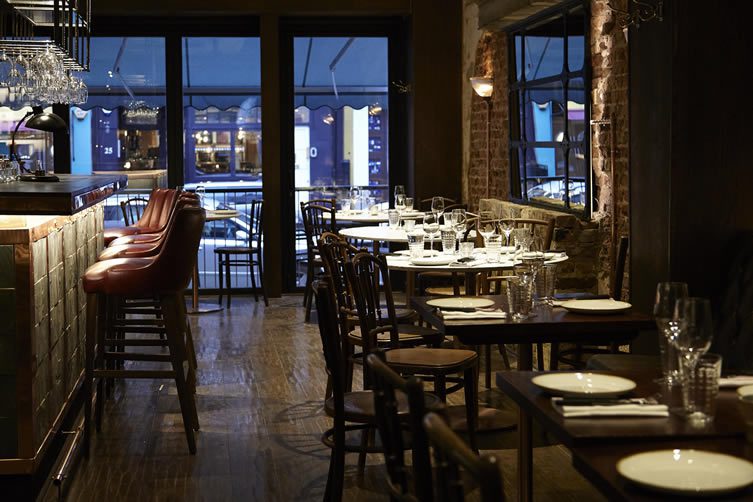 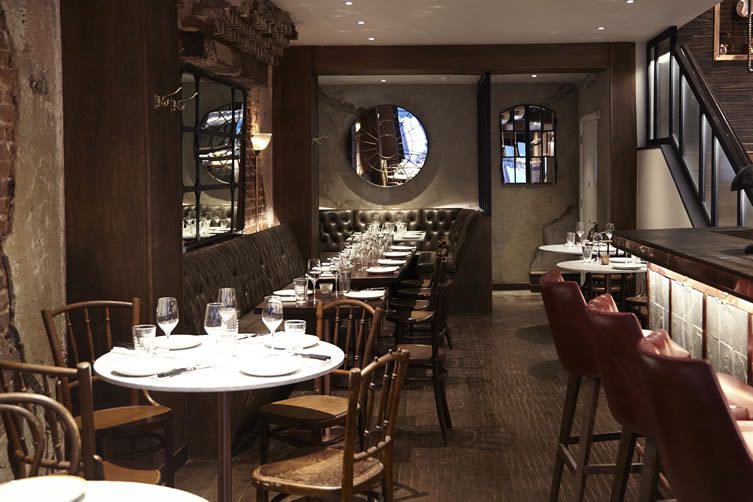 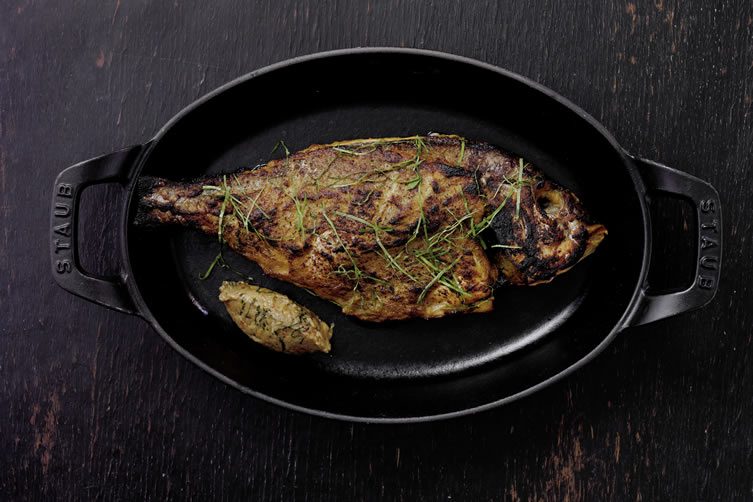 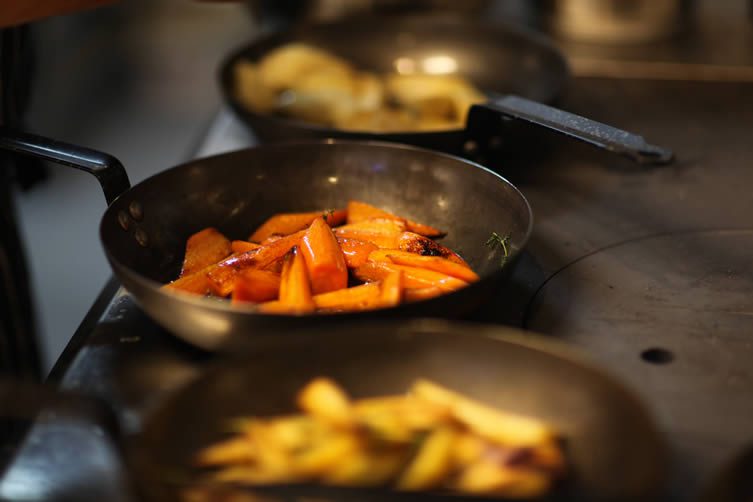 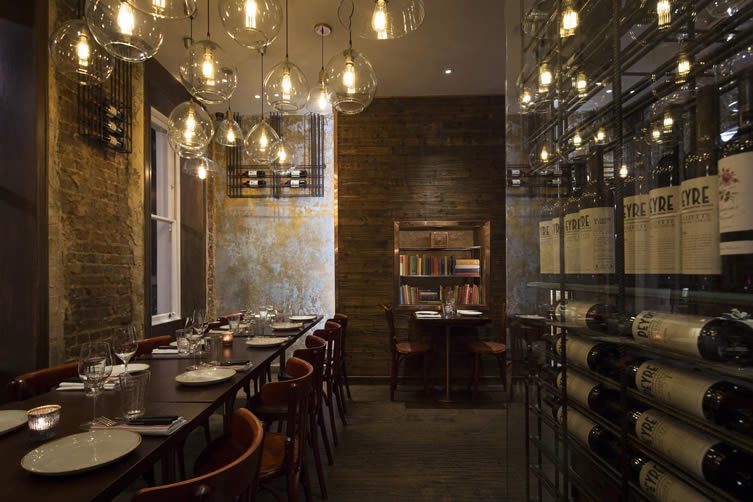