If you were to compile a list of 101 musical artists that you think everyone should listen to, who would make the list? It’s quite a daunting task when you come to think of it, but music-mad Spanish artist Ricardo Cavolo has taken on that very task for his latest project, illustrating each of his choices in his distinctive tattoo-inspired style packed with symbolic references to their life and work.

Chances are there’s more than a few performers in Cavolo’s 101 Artists to Listen to Before You Die collection that would make the lists of our readers too, as it’s an eclectic selection. Fans of guitar music are well-represented in a diverse range of styles, from The Ramones to Django Reinhardt via the Rolling Stones, hip-hop legends the Beastie Boys join newcomers such as M.I.A., and female icons appear in the form of Amy Winehouse and Dolly Parton among others. Seminal acts from blues, classical, soul, electronica, and metal populate the well-rounded list — and there’ll be a few hitherto unheard of suggestions on there that could turn out to be your next favourite thing. The exhibition is happening at Atomica Gallery, London, until 9 May, where there will be limited edition prints on sale, and the collection is also being released in book form by Nobrow.

Keen to find out a bit more about Cavolo’s musical mapping, we caught up for a brief chat about all things aural… 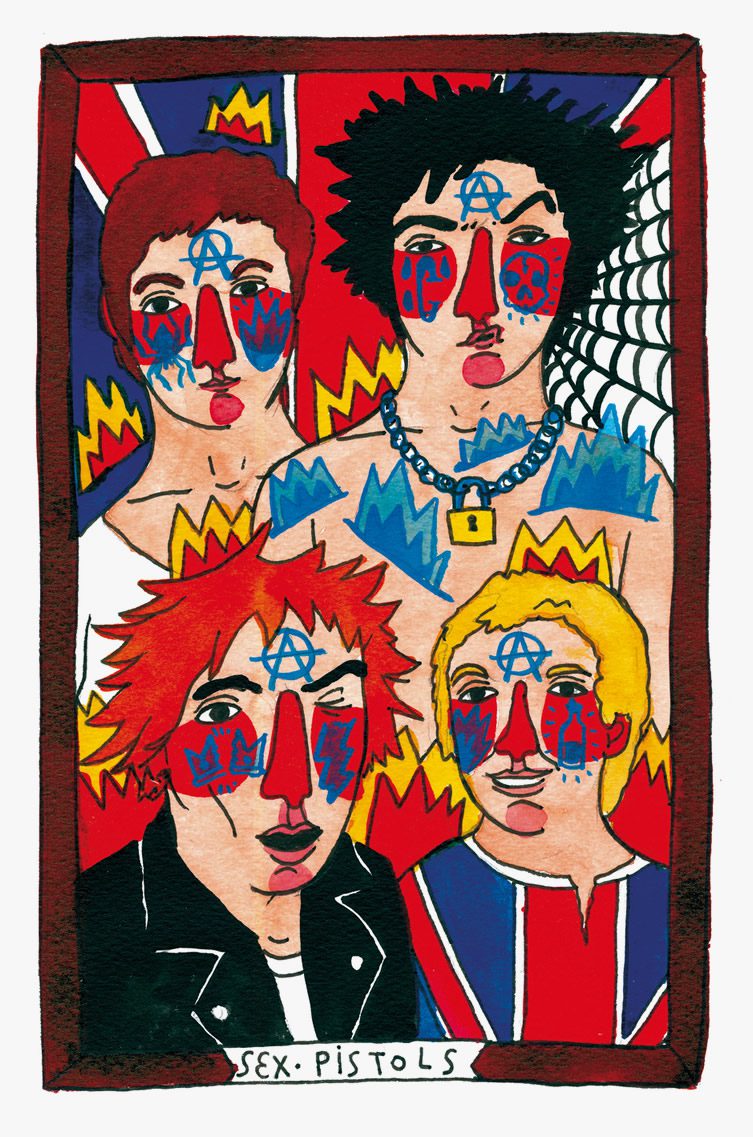 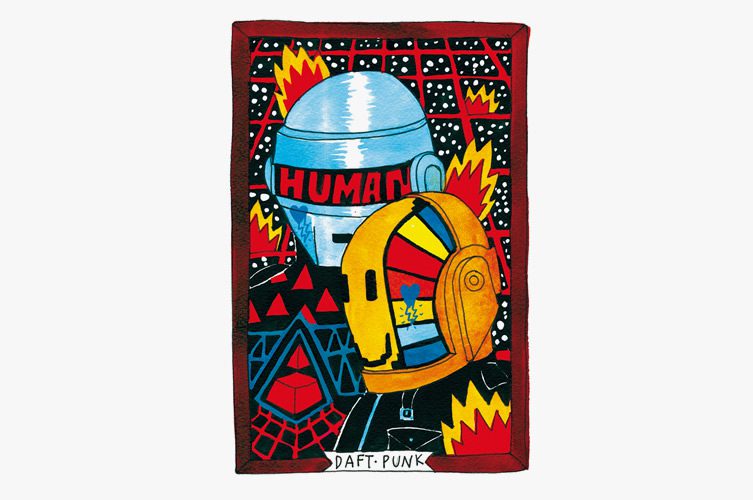 This exhibition is a homage to your musical idols — Diplo to Dolly Parton… that’s a broad spectrum. Do you think there’s a common thread that unites your 101 artists?

Yeah, I think there should be some connection in common with all of them, but I’m not sure what it is. I know I need music with big energy — even when Johnny Cash sings a ballad, there’s huge energy in his voice; energy runs through all these musicians, charging my batteries.

How do different styles of music effect your work?

Well, if I need to be extra focused, I’ll listen to some country or folk music. If I need to work hard, it’s gonna be rap, and loud. When I need a crazy different way to work, people like Diplo or Skrillex will be rocking my studio. I use music as a medicine, depending on what I need at each moment.

To me, the likes of Los Saicos and The Cramps seem a more fitting soundtrack to your distinctive style — which acts do you think most represent your art?

I always thought that Cocorosie, Neutral Milk Hotel, or Beirut were the perfect soundtrack for my work. 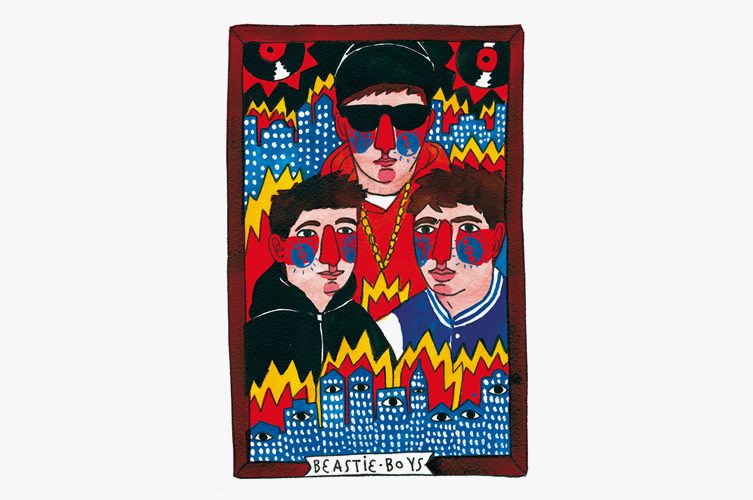 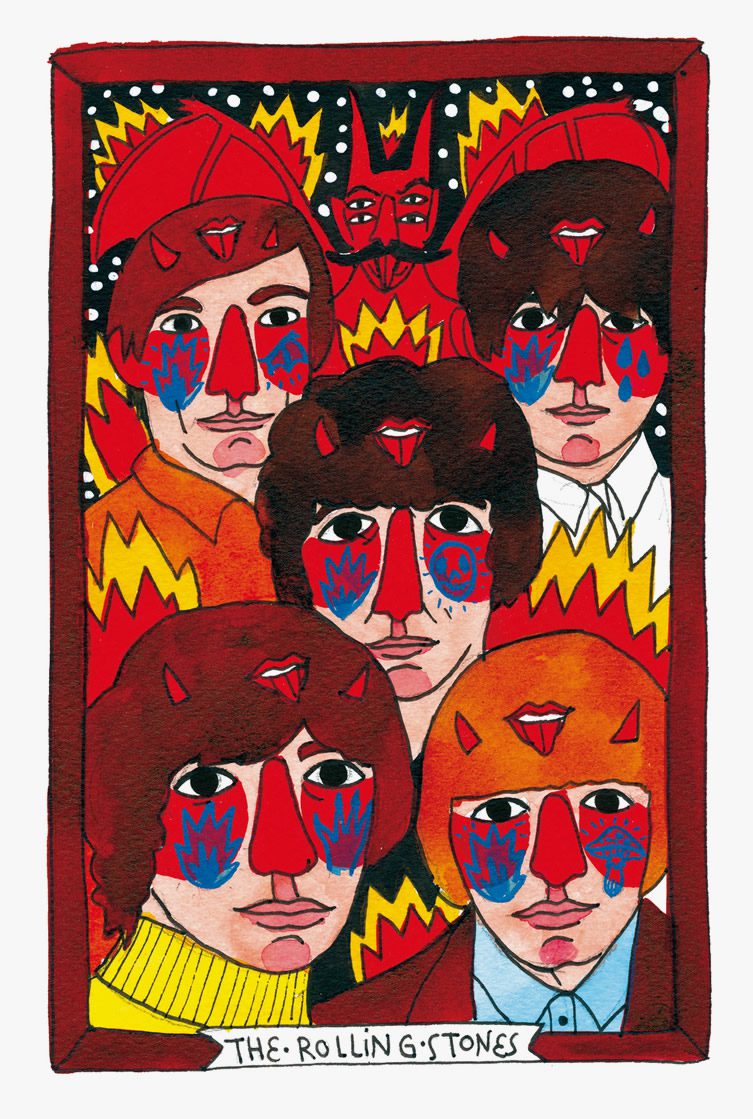 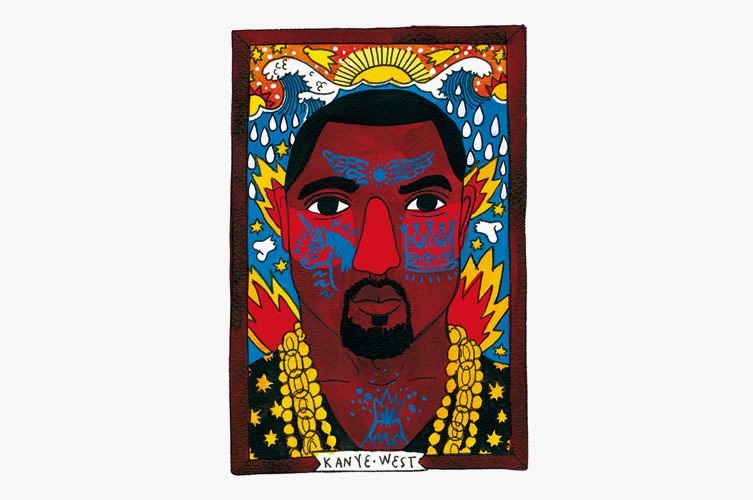 What was the first album you bought, and who were the first band you saw live?

The first album I bought was Black Sunday by Cypress Hill. The first concert I remember was Weezer — I was 13, escaped from home and went to another city for the concert.

Who of your 101 would you most like to see live that you haven’t already?

If you could choose one classic album cover from one of your 101 artists to reimagine in your own style, which would you — and why?

At San Quentin, Johnny Cash. It’s my favorite album, and the energy and atmosphere from it is something unique. It’s a concert Cash performed in a jail (San Quentin) for the prisoners. It’s something really special.

What are you listening to at the moment? 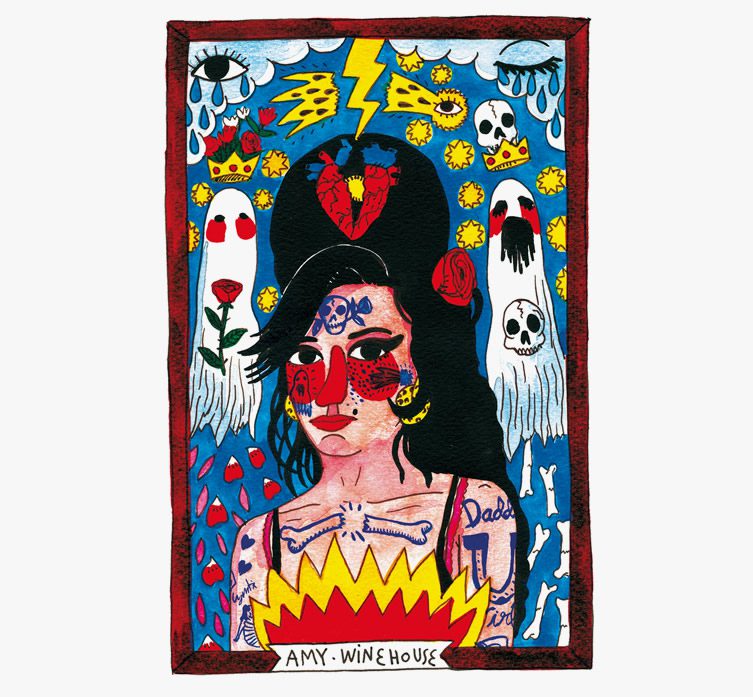 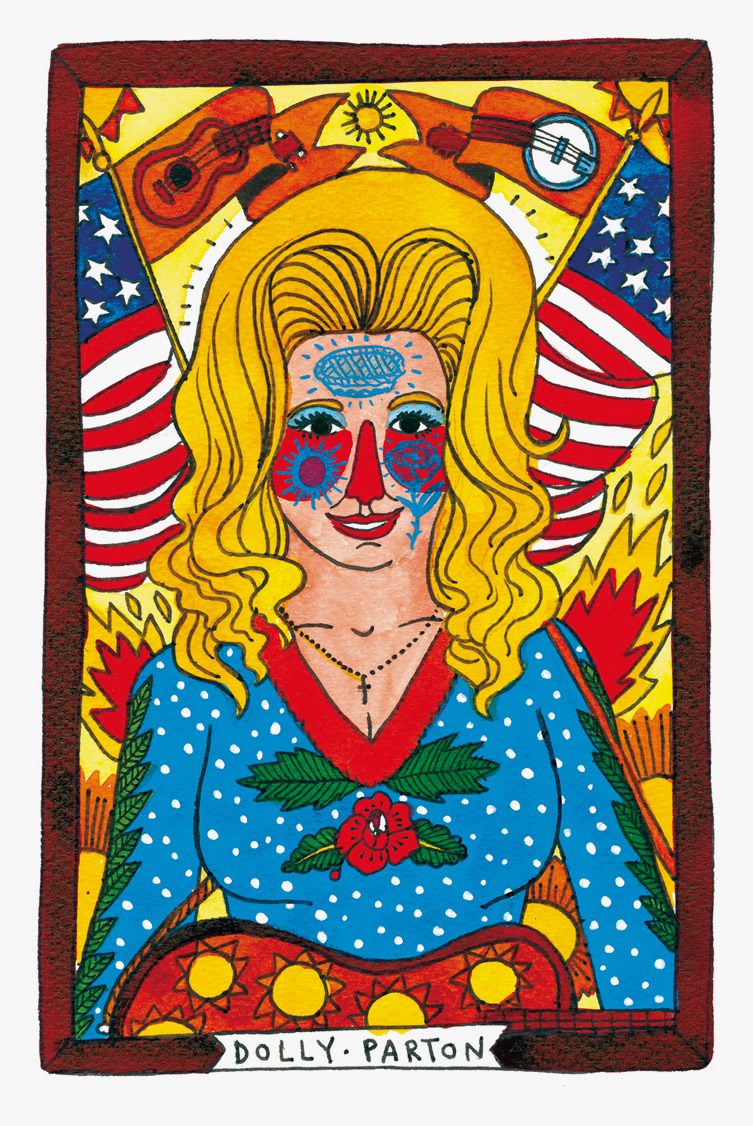