Brazilian art duo Bicicleta Sem Freio (Bicycle Without a Brake) came careering into London town for an introductory showcase at the weekend, bringing with them a selection of work that had everyone’s retinas needing a lie down in a darkened room to recover from the shock. The exhibition was of the blink-and-you’ll-miss-it pop-up variety, held over a weekend at one of the JustKids venues and marked the pair’s debut solo show in the capital.

The mural work of the BSF boys — aka Douglas de Castro and Renato Perreira — can be seen in many major cities in Western Europe and North America, and you would definitely know it if you saw it. Their “Fera” work, which translates as wild or savage, is exactly that in both subject and delivery. Every colour under the sun is employed throughout their pieces; a single steady background colour identifies the work, and onto that base comes a menagerie of anthropomorphic hipster-pimp animals, bejewelled dream girls, mysterious wizards, flora and fauna that spring up like a kaleidoscopic rainforest that renders everything around it drab in comparison. Keep ’em peeled for BSF’s work on a wall near you. 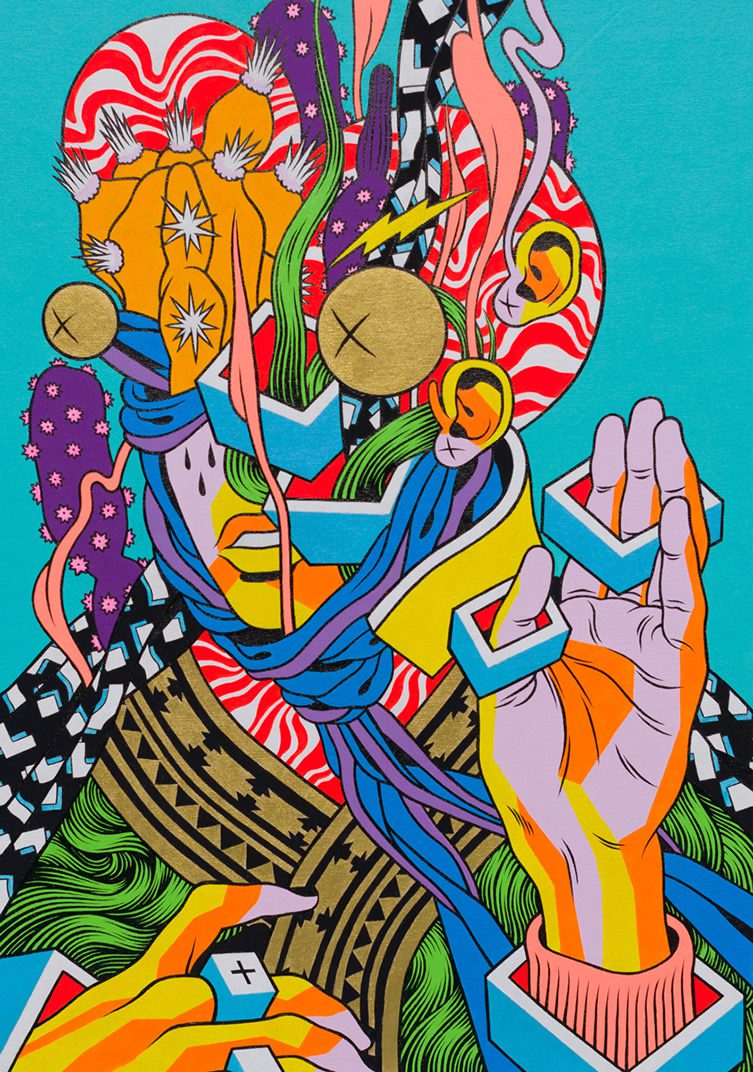 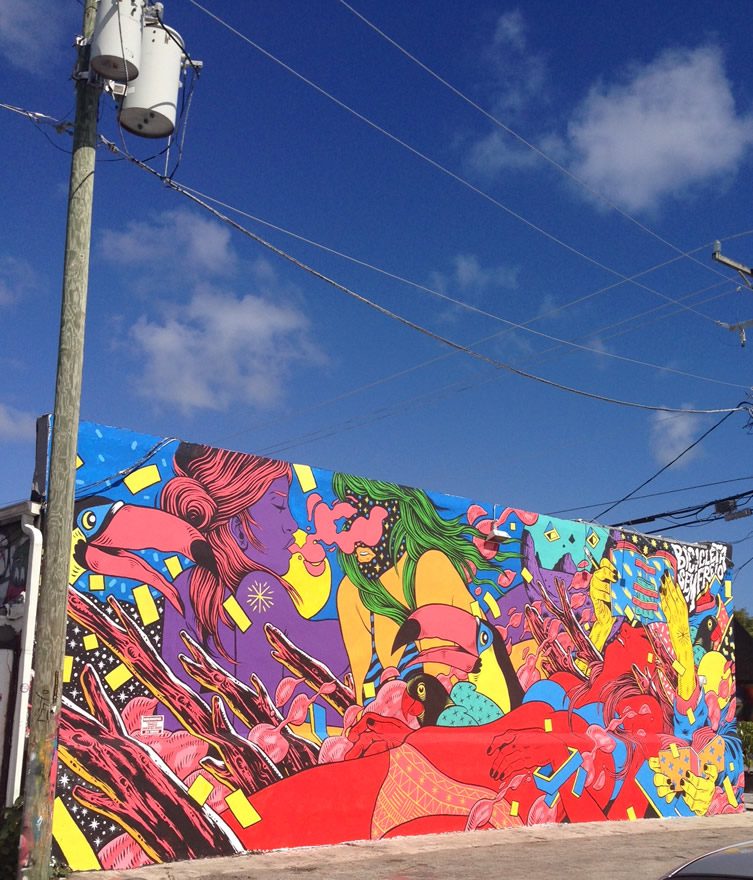 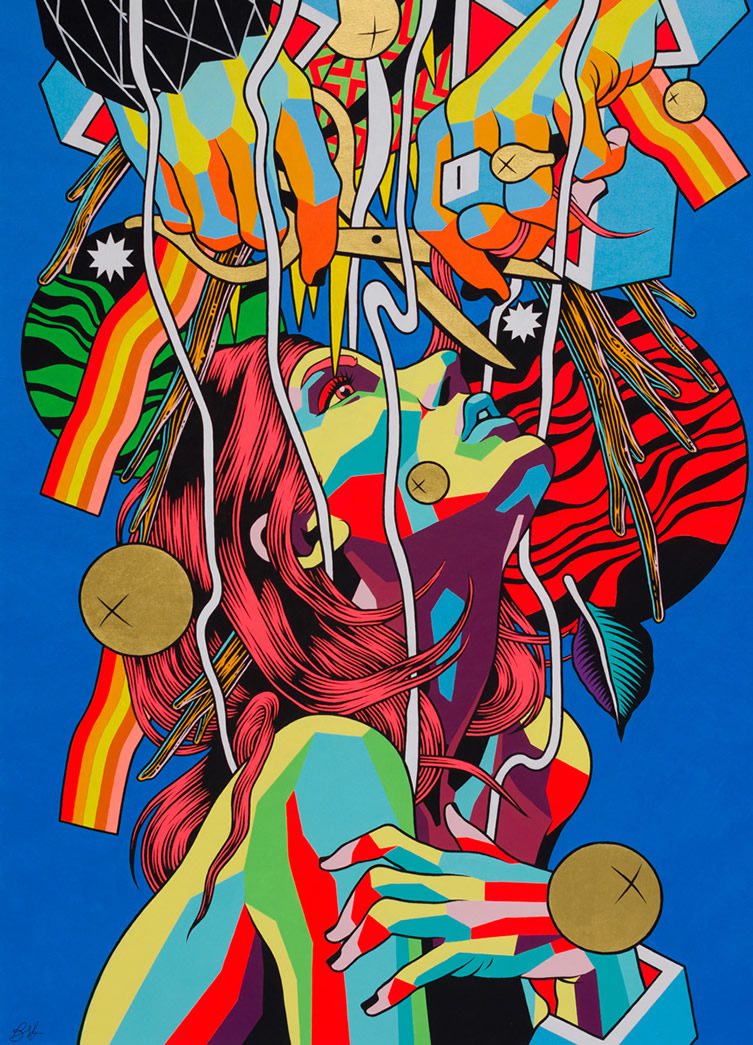 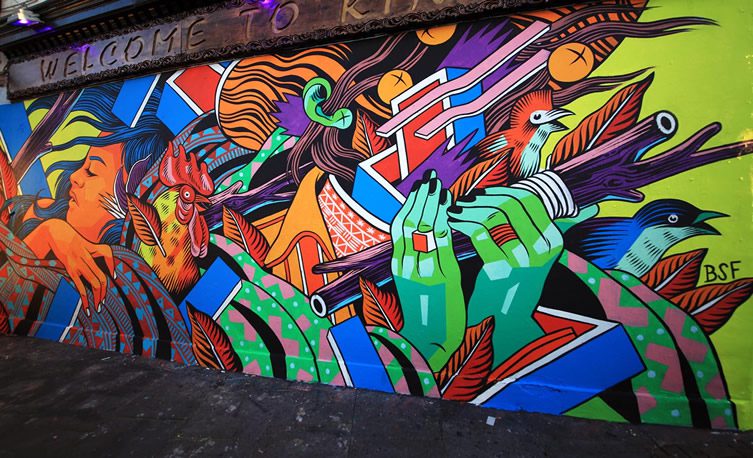 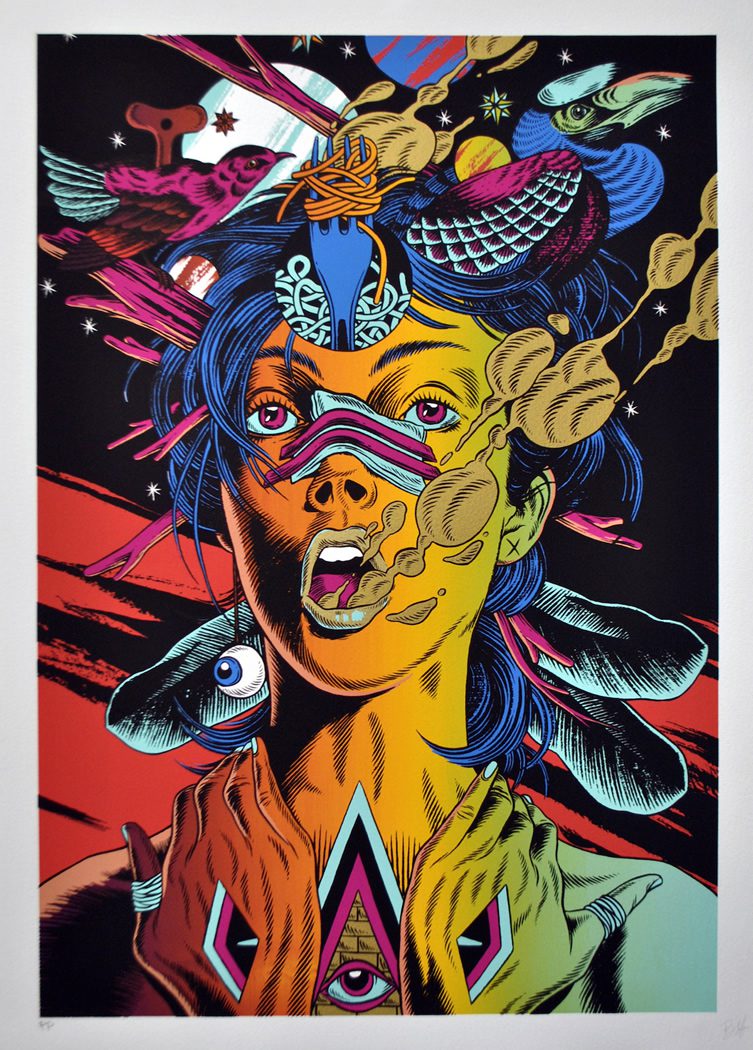 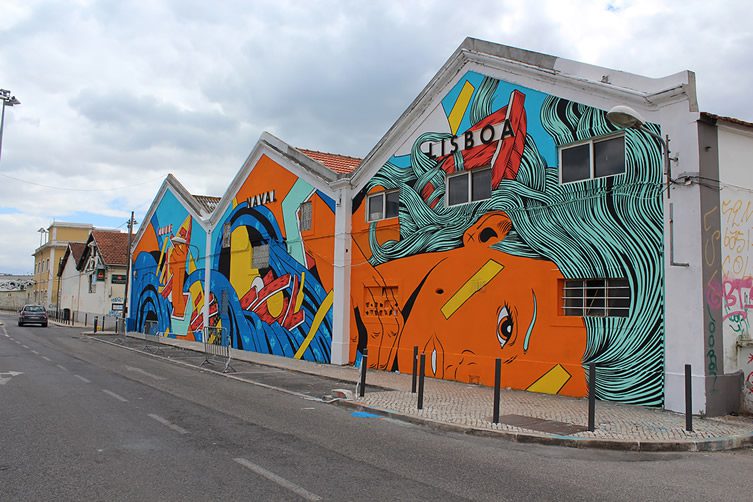 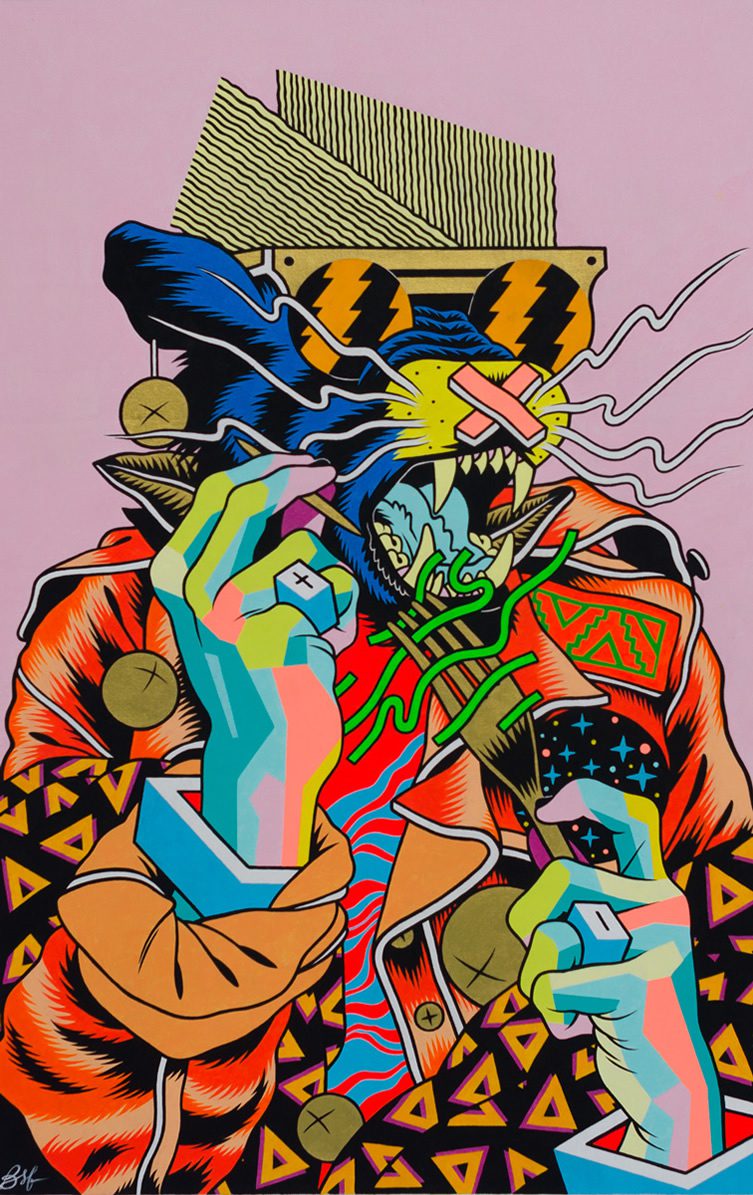 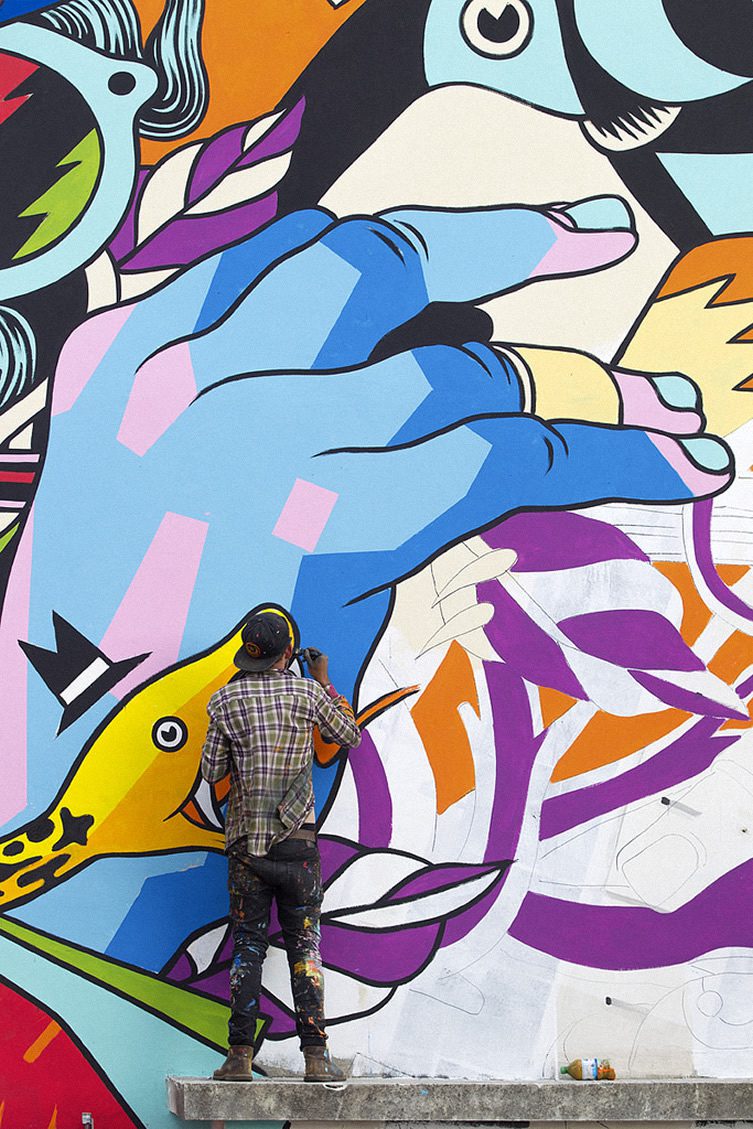