You have to be a certain kind of person to pull off Philip Colbert’s “wearable art” – models such as Cara Delevingne and eccentrics like Lady GaGa manage it with aplomb, for mere mortals it might prove to be a tad too outré. There’s no denying though that the man behind cult fashion/art brand The Rodnik Band‘s flamboyant designs are fun to look at, and for his latest project he has swapped needle and thread for paintbrush and paint and let his outlandish imagination loose on a gallery setting.

Sequin Pop, livening up the walls of Gazelli Art House in London later this month, is Colbert’s first gallery show, and though the medium may have changed, the energy is still very much in evidence. Starting with the 1950s American kitchen aesthetic as a foundation, he piles on his own Pop responses to fine art, taking off a few famous artists such as Mondrian and cooking with the meaty symbolism of Soutine and Bacon. Wrap your laughing gear around Sequin Pop at the Dover Street gallery from 17 to 21 September. 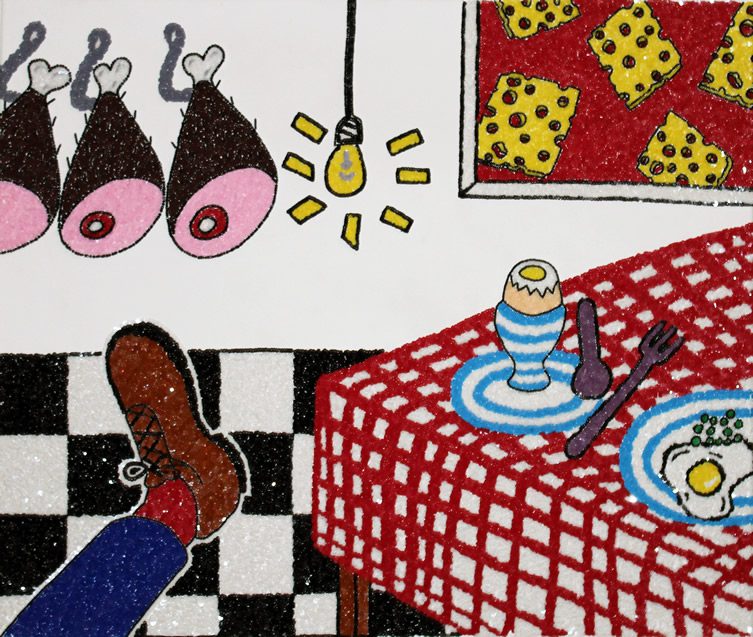 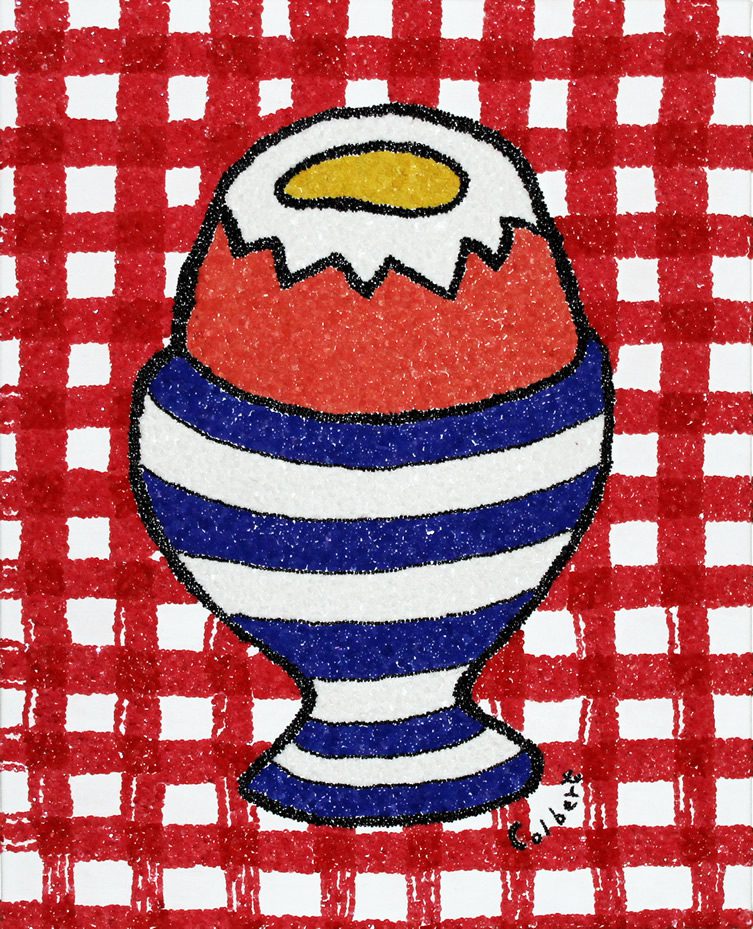 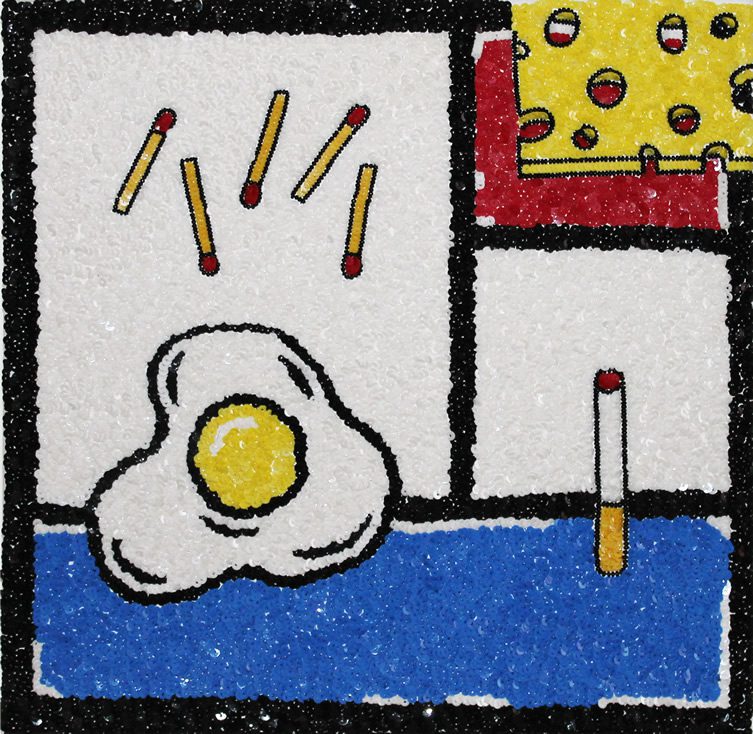 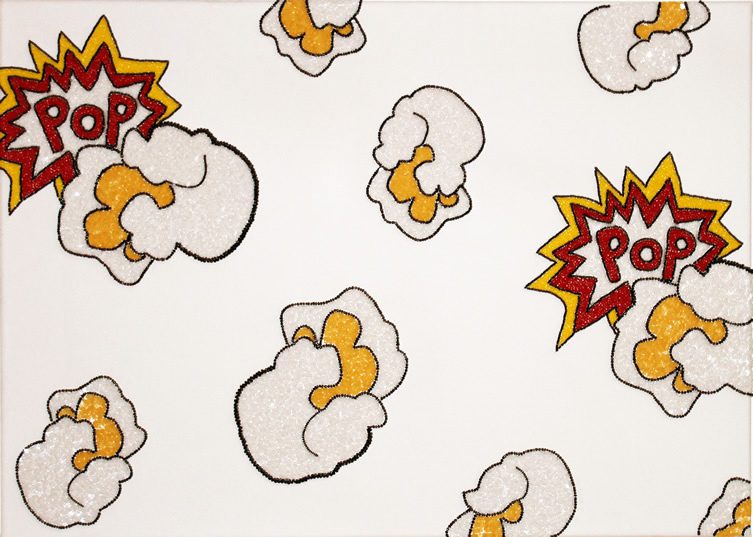 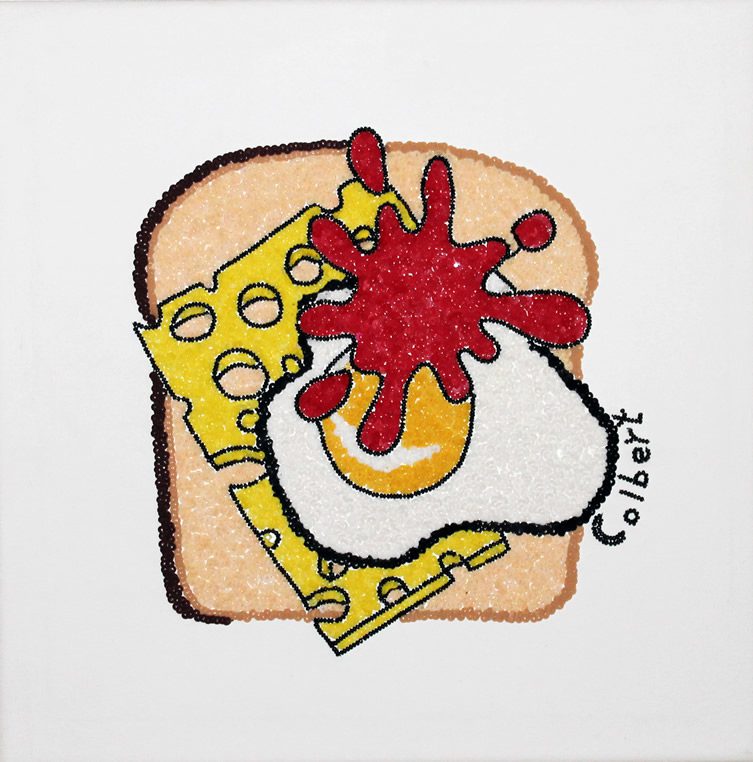