The noted New York art collector, patron and socialite Peggy Guggenheim made a lasting impression on Venice with the world-famous Peggy Guggenheim Collection. Housed in the magnificent Palazzo Venier dei Leoni – a museum that was for decades her home – the collection draws tens of thousands of visitors each year, and the venue now has a stylish new café offering welcome refreshment while at the same time paying tribute to the lady herself.

Italian studio Hangar Design Group was selected to take on the redesign within the unfinished 18th Century palazzo on the Grand Canal. Guggenheim lived here from 1948 until her death in 1979, amassing one of the most important collections of 20th Century art in Europe; in 1980 the premises was turned into a museum. Hangar walked a tightrope in being respectful to both the building and its contents, but also succeeding in making the café work in a modern context. This involved re-organising some of the museum’s interior layout, channelling visitors through the exhibition spaces into the café. Portraits of Guggenheim, visible to museum visitors through the glass atrium, hang in a stark white environment with black accents, lit by a custom-designed installation by Vistosi. Other designers involved in the project were Desalto (tables and chairs) Arclinear (counter), Mapei and Hausbrandt. 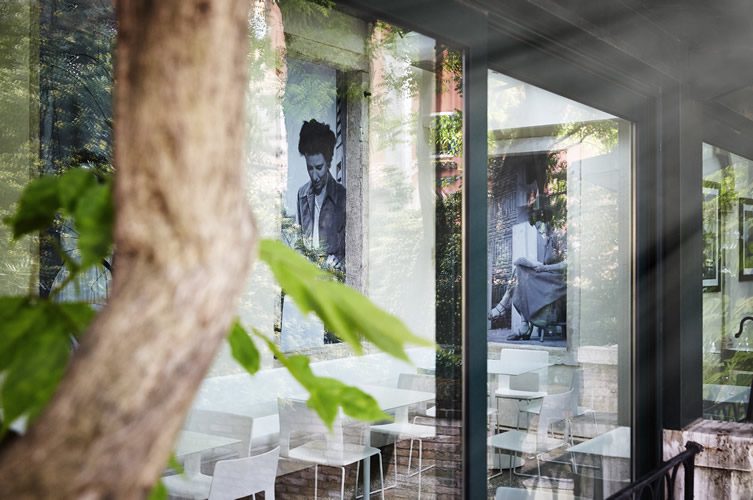 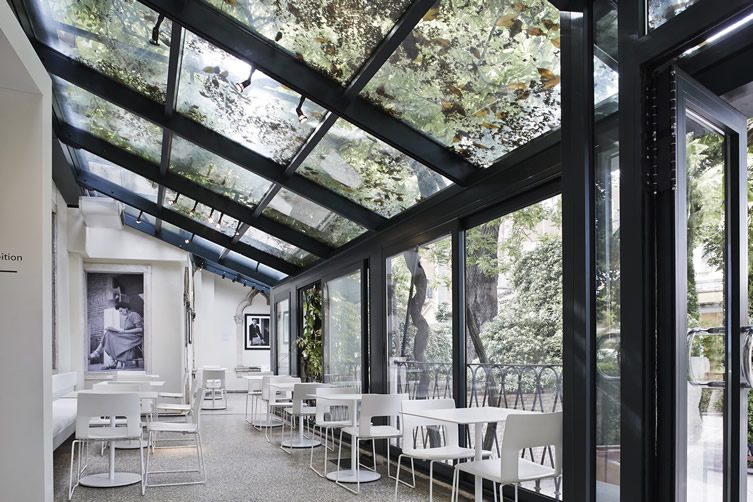 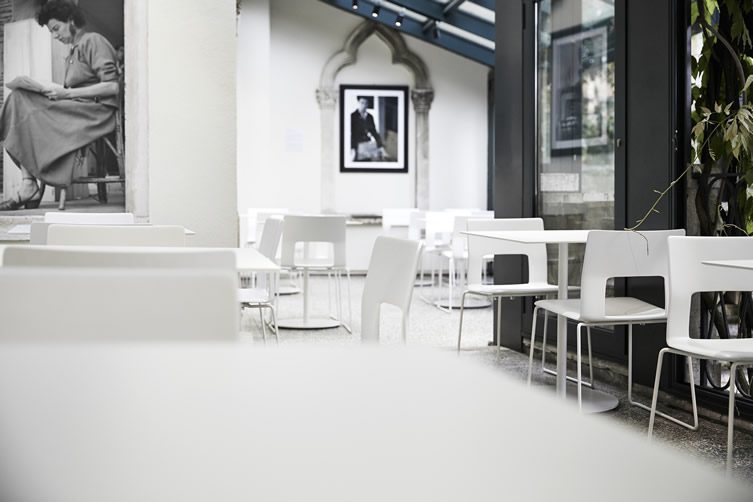 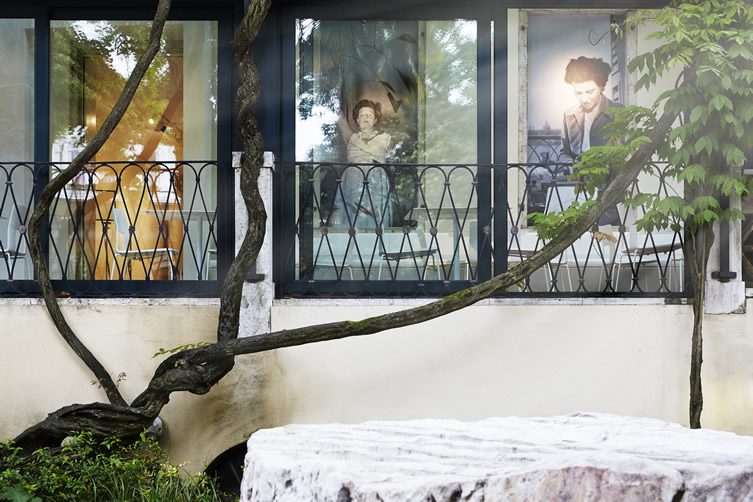 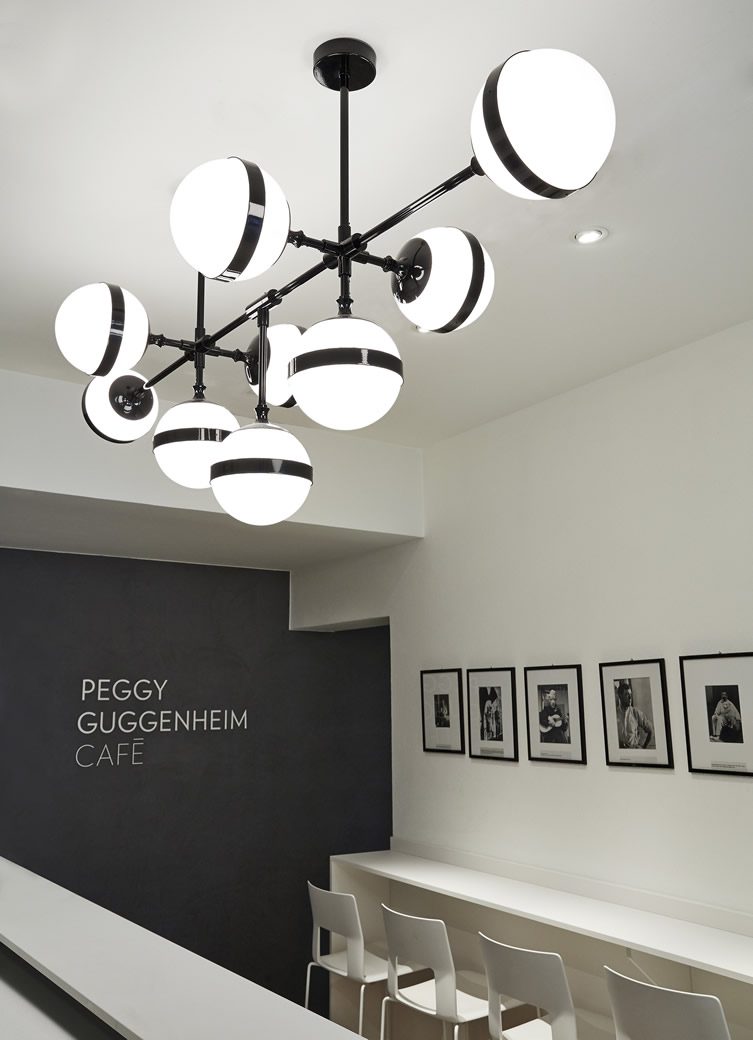 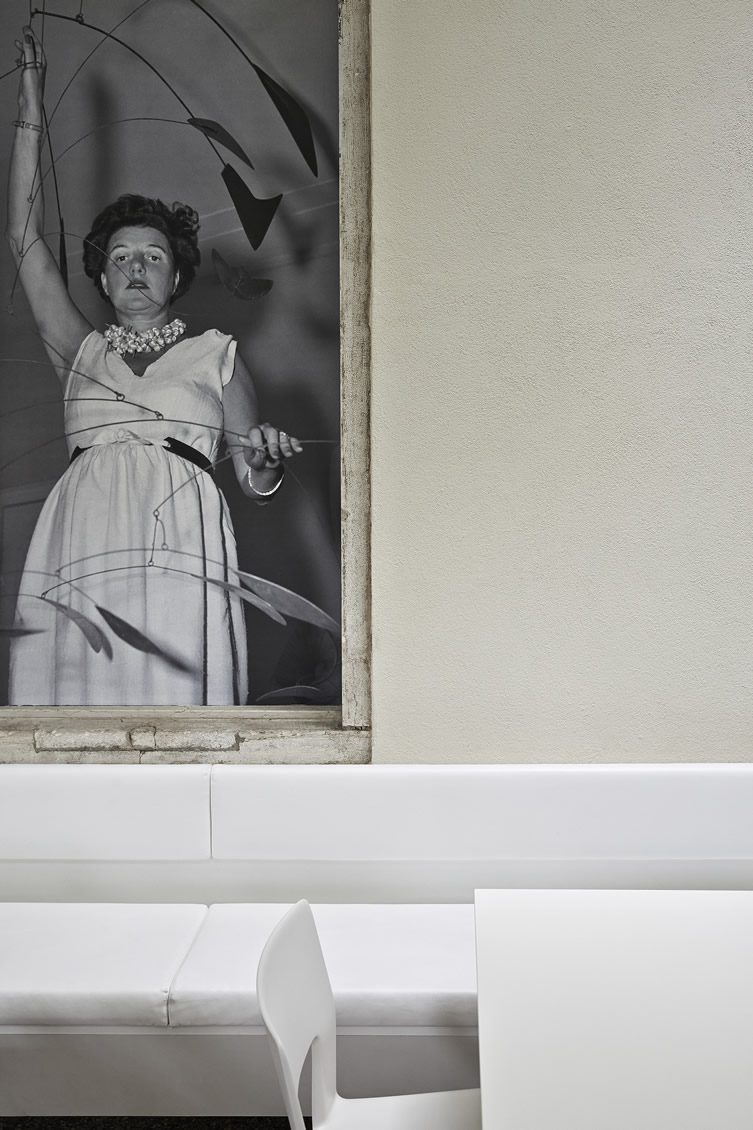 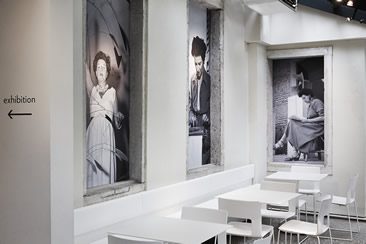 The noted New York art collector, patron and socialite Peggy Guggenheim made a lasting impression on Venice with the world-famous Peggy Guggenheim Collection. Housed in the magnificent Palazzo Venier dei Leoni - a museum that was for decades her...