Tasked by the good folk at Vodafone with posing some questions to an art and design influencer, as part of their Vodafone Firsts campaign, we thought it fitting to sit down with a duo whose influence has reverberated around the very walls of We Heart HQ. Manchester-based Ryan Doyle and Mark Edwards inspire us with their dedication to challenging the norm, questioning the quo and redefining the concept of ‘firsts’. DR.ME embody the spirit of ‘doing something for the first time’, their work a constant flux of new ideas, abstractions, practices.

Almost two weeks into producing and selling a collage a day over the course of 12 months, DR.ME’s 365 Days of Collage represents the duo’s unique approach to their fusion of design and art – self-initiated projects stoke the fire that burns through their commercial work, commissioned by forward-thinking brands who dare to be different. Each unique collage available for five days only, those not sold are set to form an exhibition at the end of the year. One fears the exhibition may be a tad scant on content. What inspired and inspires this meeting of creative minds, what fuelled their hunger for contrary independence, who influenced they who continually influence us and others? We learn a little about DR.ME’s firsts… 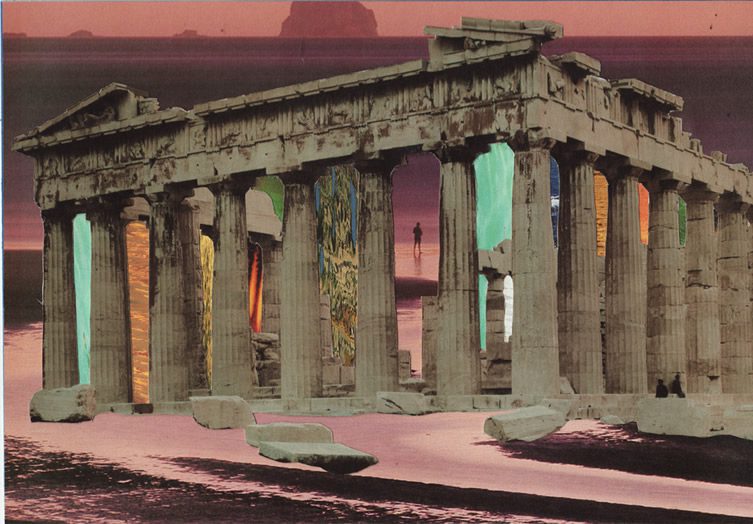 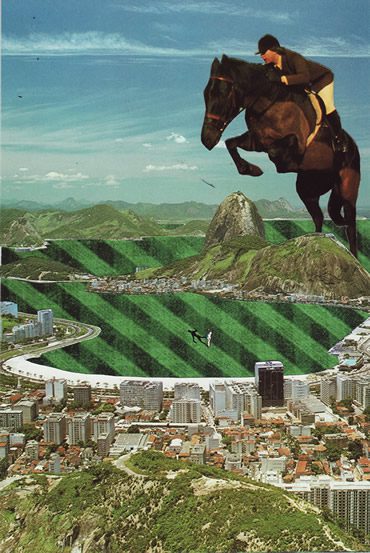 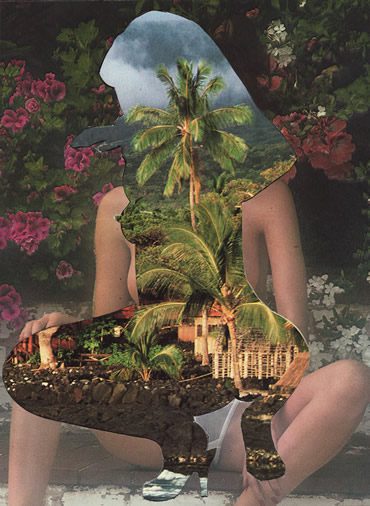 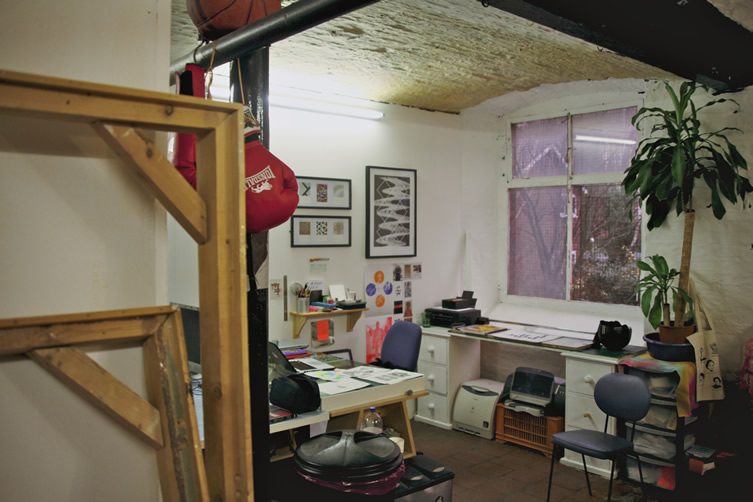 Do both of you remember the first time you realised that you wanted to be designers?

DR: I wanted to be a comic book artist when I was a kid, so probably then.

ME: One of mum’s friends from art school was Steve Smith (Neasden Control Centre)’s mum, he came round to our house one day when I was a kid with his first NCC book, and I just remember leafing through it and seeing how wonderfully layered and intricate it was and thinking what a great life it must be to make things like that for a living. I think that was when I realised that was what I wanted to do, I just didn’t know what it was called.

Do you remember the first design that you worked on together when you were paired up in University?

We were paired together on a ‘get to know each other’ brief on the first day of uni, due to being next to each other on the register, the brief was to ask your partner 10 questions and then make a graphic piece of work out of those questions, we’ve still got the piece knocking about in the studio. The piece was made up of 10 speech bubbles cut out of greyboard with the questions on one side and the answers on the other stuck on in acetate, both the questions and answers were pretty surreal to say the least!

Related Story: We drop in on DR.ME the Manchester art and design duo writing their own script

We’ve spoke before about your time with Mike Perry in New York, can you tell us a little about how that came about – and, in relation to ‘Firsts’, what key lessons did you learn there?

ME: We sent our portfolios to Mike when we were at Manchester School of Art & Design, his assistant replied saying that he liked our work and that if we were in New York then we should pop in for a chat, luckily we were going on a school trip the next month so went to the studio to meet him, we were very late due to getting lost and so he was just on his way out to a client meeting. We got in his car with him, chatted about us going to see Warren G the night before and that we were really hungover, this seemed to tick the right boxes for him as the next thing we knew he was saying “see you in July then” and kicking us out of the car somewhere in Williamsburg.

In relation to firsts I guess he was the first person to teach us that we should always be making and always be hustling for new work, there was a lot of other technical skills that we learnt with Mike but I think it was the life lessons that we learnt from him that are the most valuable and that will always stay with us. 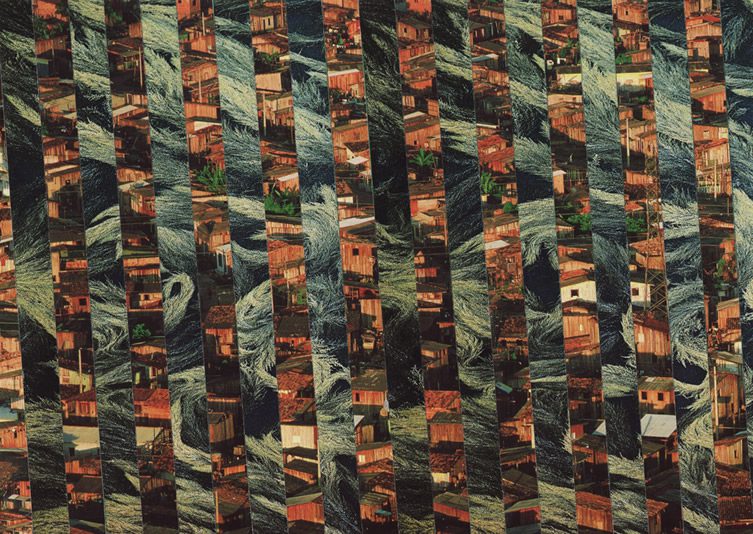 “We got in his car with him, chatted about us going to see Warren G the night before and that we were really hungover, this seemed to tick the right boxes for him as the next thing we knew he was saying “see you in July then” and kicking us out of the car somewhere in Williamsburg.” 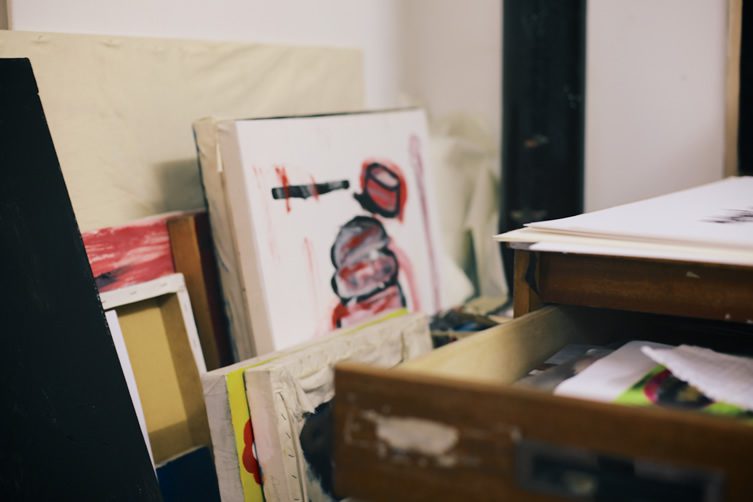 What was your first commercial commission?

Our first commercial commission was for Umbro, they asked us to design some apparel for the 2010 World Cup, we created the designs on the floor of our apartment in New York and then took them into Mike [Perry]’s studio, scanned them in and sent them off to the client. Having that job come through when we were with Mike was a blessing, as Umbro sent us a 20-page contract to sign and – over a beer – Mike looked through the contract and told us what things we should question before signing.

How did the 365 Days of Collage idea come about, and how’s it going?

365 Days of Collage came about for a few reasons; firstly we love making collage, secondly we’d just been staying in a collage artists’ (Paolo Giardi) apartment in Battersea where the walls were just full of amazing collages. Thirdly, we spent a day in our studio sorting out our plan chests and realised that we had collated a lot of amazing imagery from our travels that was just sitting there. It’s been a really fun project so far and really inspiring seeing each collage sell and go off to a new home. We’ve tried to price them as affordably as possible to encourage people who maybe wouldn’t normally buy art to make one of the 365 the first piece of their art collection.

“365 Days of Collage came about for a few reasons; firstly we love making collage, secondly we’d just been staying in a collage artists’ (Paolo Giardi) apartment in Battersea where the walls were just full of amazing collages. Thirdly, we spent a day in our studio sorting out our plan chests and realised that we had collated a lot of amazing imagery from our travels that was just sitting there”

Any firsts in the pipeline?

We’re about to work on a record sleeve for a French band called Get Back Guinozzi, and a record that we’ve been working on for Talaboman (Spanish producer John Talabot and Swedish producer Axel Boman) is coming out soon, so I guess these are firsts nationality-wise as we’ve never made sleeve designs for people from these countries.

We’ve also just made the artwork for French festival Midi, which is an awesome little festival on the French riviera – and it’s the first time we’ve worked on festival artwork, which has been a total blast. We’ve always wanted to make a book of our work so that’d be a first, hopefully the 365 Days of Collage project will turn into a a book at the end of the year, but that’s still a long way off! 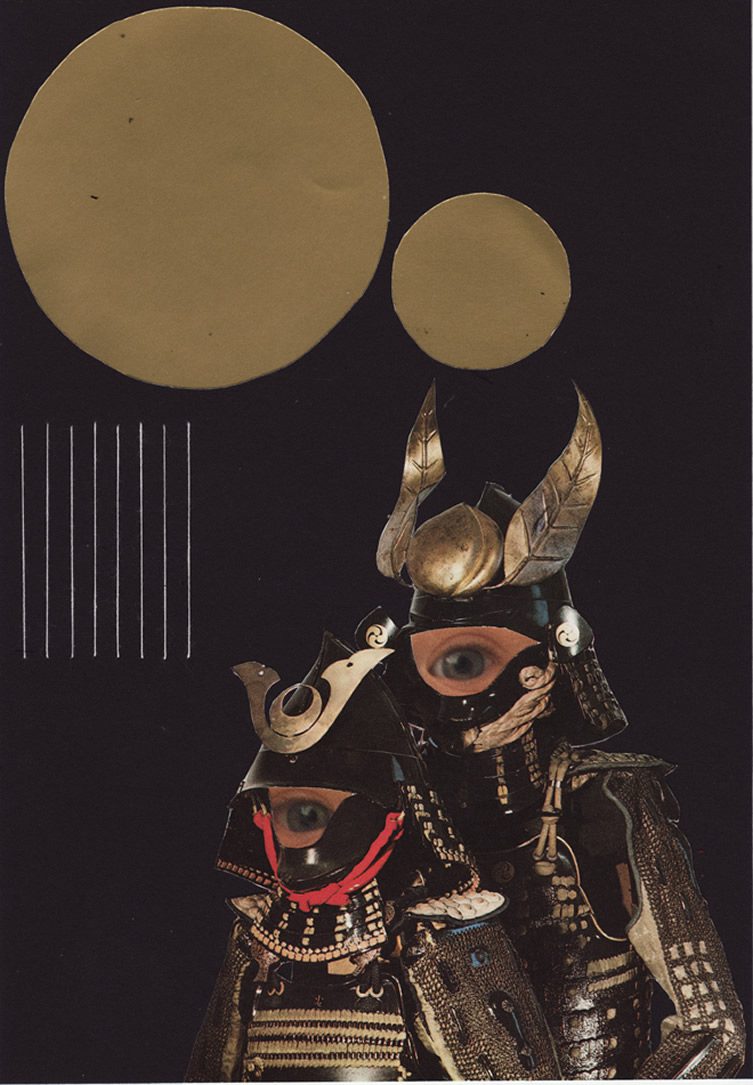 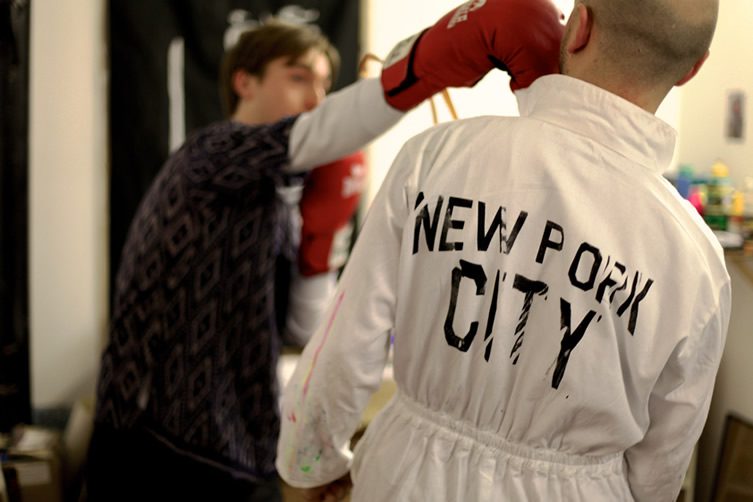