The 1970s was the decade when football really burst into life, the time it went from drab black and white to full colour, and when personalities really began to shine through in a way they hadn’t before TV really took hold of the game. Where once there had been staid interviews between clipped broadcasters and taciturn players, the ’70s heralded the emergence of football stars, who lived the dream and were happy to let the cameras in to see what the life of a celebrity footballer was all about. The most memorable example was George Best, who led the way for this change and by 1970 embodied all that the decade would be remembered for – exciting football allied with outrageous antics, long hair, sharp clothes, booze, fast cars and loose women.

The Age of Innocence: Football in the 1970s is a photographic study of the period, accompanied by essays from notable football writers, which drips with nostalgia for a more innocent, honest, and many will say a more enjoyable, time. World superstars grace every page, posing for the camera or captured in action, and they are names that still resonate with the fans of today. Johann Cruyff, Pelé, Franz Beckenbauer, Bobby Moore, Dino Zoff, Michel Platini… there’s even the German equivalents of George Best tearing it up in a Mönchengladbach nightclub. The Age of Innocence is available from publishers Taschen. 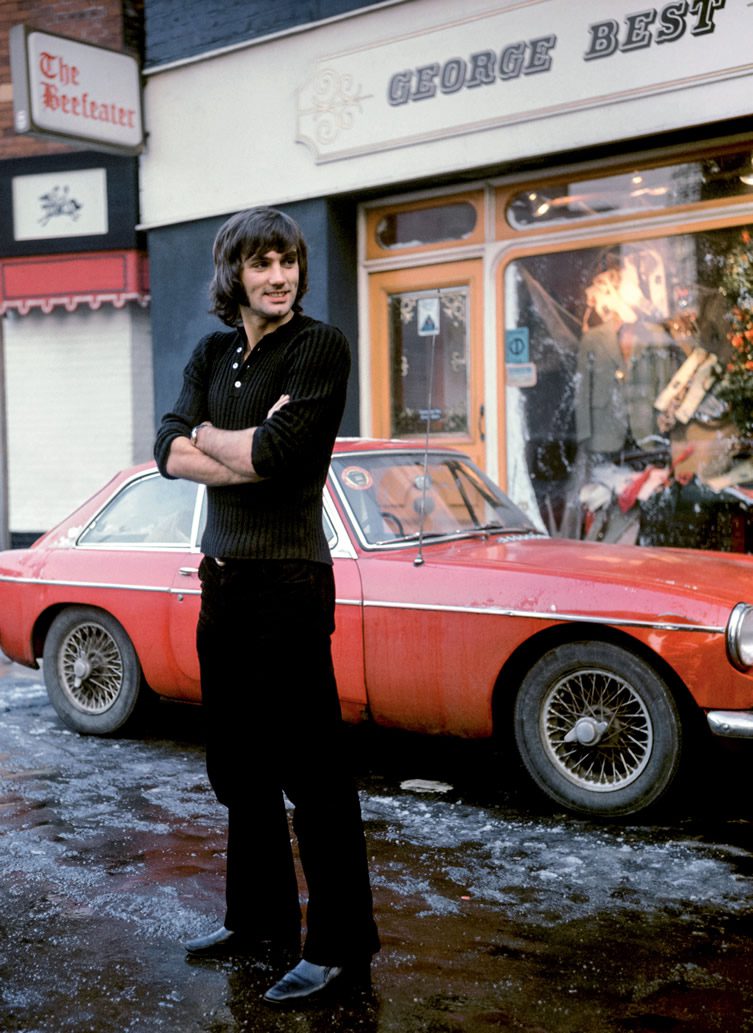 © Press Association Images
George Best stands outside his fashion shop in Manchester, 1970,
one of several boutiques in the city. 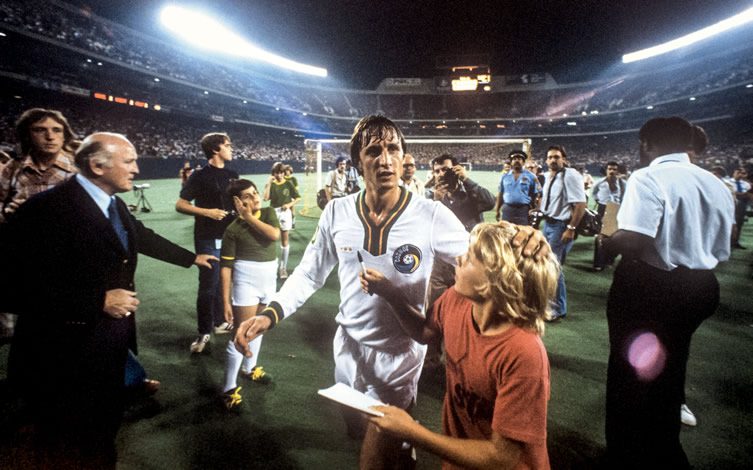 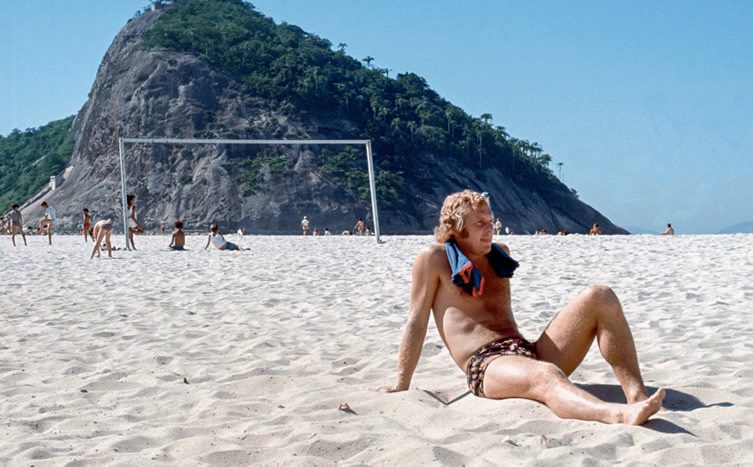 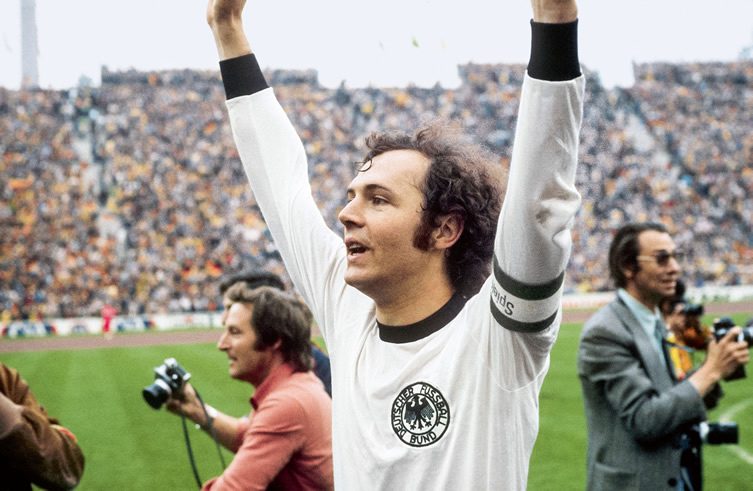 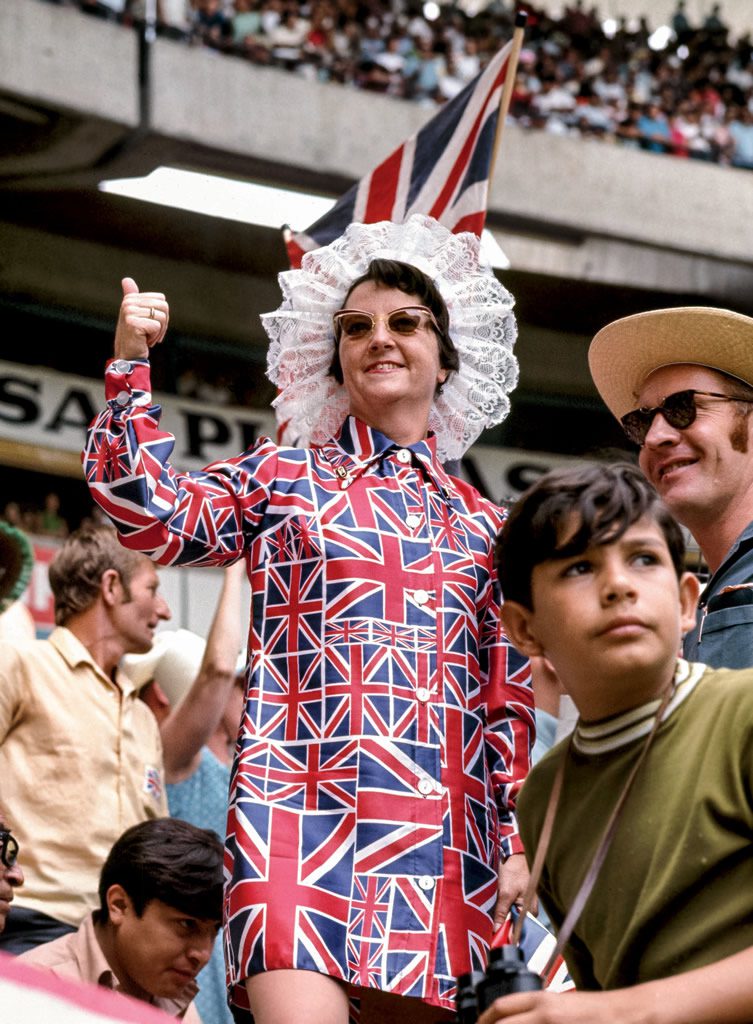 An England fan in at the 1970 World Cup in Mexico
displays her allegiance proudly.
© Gerry Cranham/Offside Sports Photography 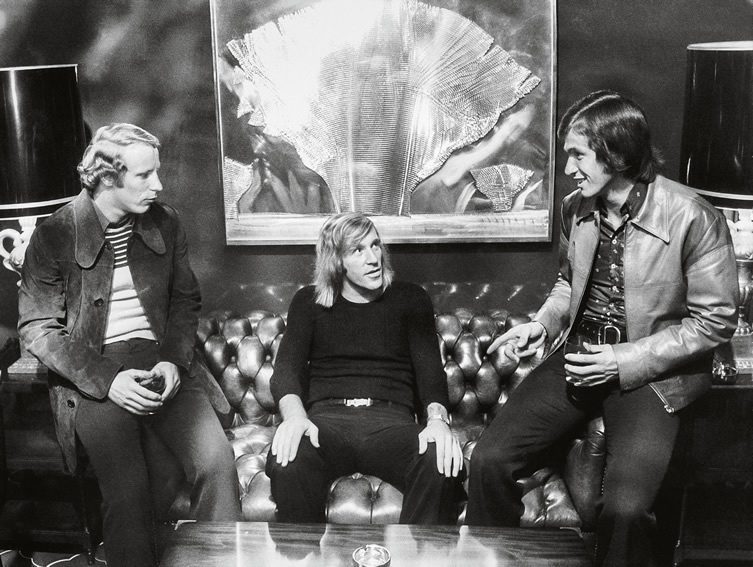 Günter Netzer opened a second nightclub in Mönchengladbach,
which he shows off to Berti Vogts and Jupp Heynckes,
two of his Borussia Mönchengladbach teammates.
© Horstmüller/SZ Photo 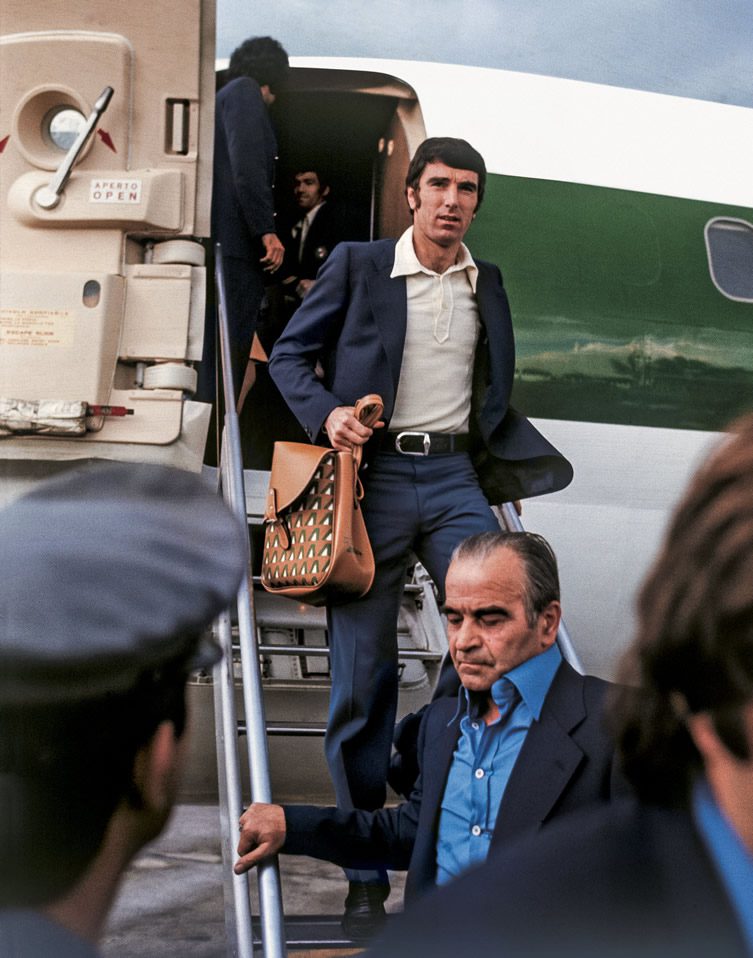 Dino Zoff and the rest of the Italy team arrive back in Italy
after their early elimination from the 1974 World Cup in West Germany.
© Mondadori/Getty Images 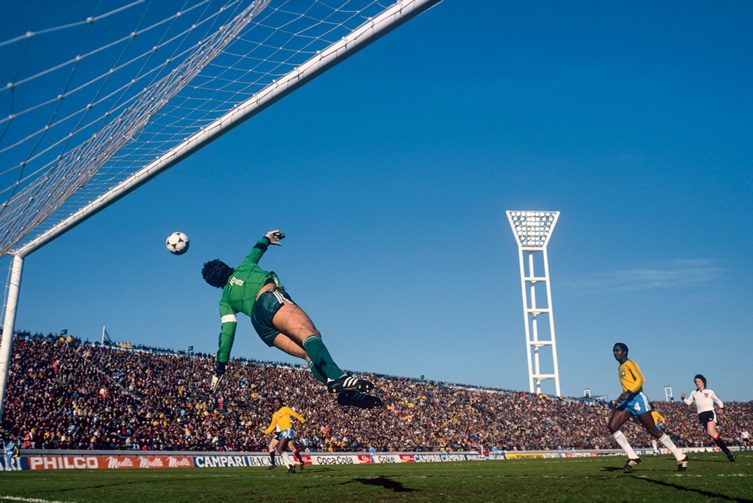 Émerson Leão, the Brazil goalkeeper, is airborne as a shot narrowly
misses the target during his team’s 1‒0 win over Austria.
© Neil Leifer/Sports Illustrated/Getty Images 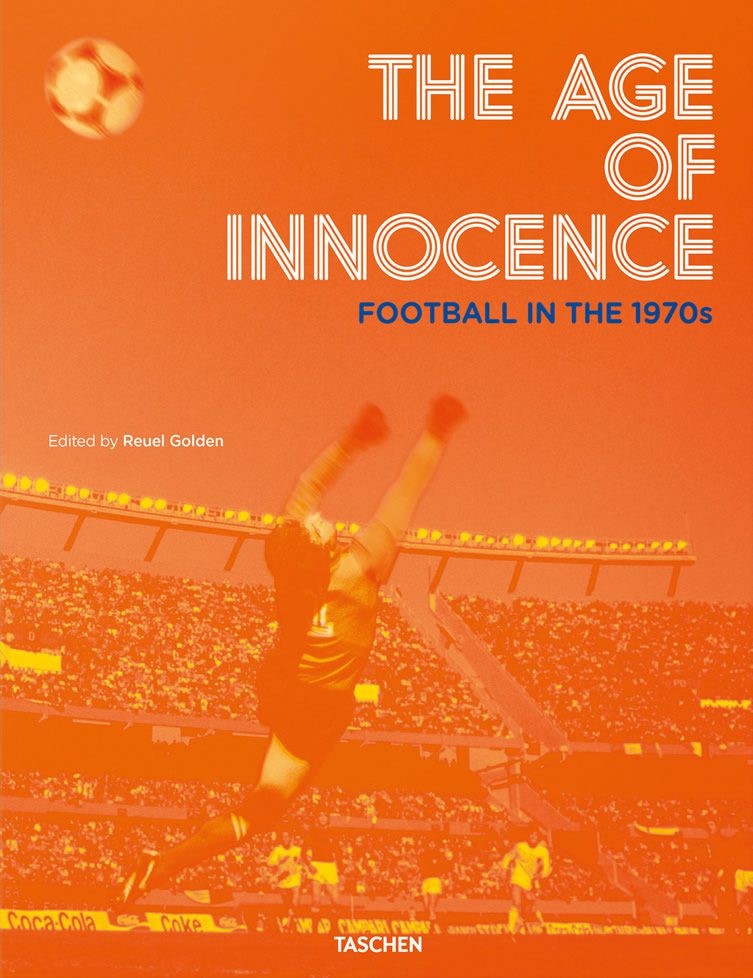