First up, let us talk about scale: over 35ft in height, 75 in length. Sugar covered Styrofoam, dominating a vast hall at Brooklyn’s Domino Sugar Refinery. The public are dwarfed by the looming mammy-sphinx that cornerstones artist Kara Walker’s blockbuster installation, A Subtlety: Or the Marvelous Sugar Baby, an Homage to the unpaid and overworked Artisans who have refined our Sweet tastes from the cane fields to the Kitchens of the New World on the Occasion of the ­demolition of the Domino Sugar Refining Plant. Some title, hey? Reads like a Pavement song title, packs the punch of an early blast of punk – The Stooges’ Raw Power, if you will.

Next: controversy. Walker rarely strays far from being criticised by some quarter for her powerful work that heavily features race, identity, gender, sexuality, violence… The moral arc of history ideally bends towards justice but just as soon as not curves back around toward barbarism, sadism, and unrestrained chaos – a work that featured Barack Obama, a burning cross, and a white man thrusting a black woman’s face into his crotch – was temporarily removed from the Newark Public Library, A Means to an End: A Shadow Drama in Five Acts was removed by the Detroit Institute of Art. Walker pulls no punches, and her debut foray into the world of large-scale public art shows that the 44 year-old Californian has absolutely no plans to mellow.

Scale, controversy – the next cog in Walker’s wheel: venue. Scheduled for demolition (please, please visit the Save Domino website), Williamsburg’s Domino Sugar Factory is a gargantuan icon on the East River – I have long admired its industrial-era presence, its 1950s Domino Sugar sign. Inside for the first time, there is a living, breathing copiousness of history. The sugar refinery’s walls literally ooze the sweet stuff. Testament to the visual artist’s authoritative presence in the building is that the space, its heritage, its stench does not overpower the work inside. The hum of molasses, deep, dark, dank molasses is omnipresent – a fitting obbligato to the army of black boys that accompany Walker’s sphinx-like monolith. 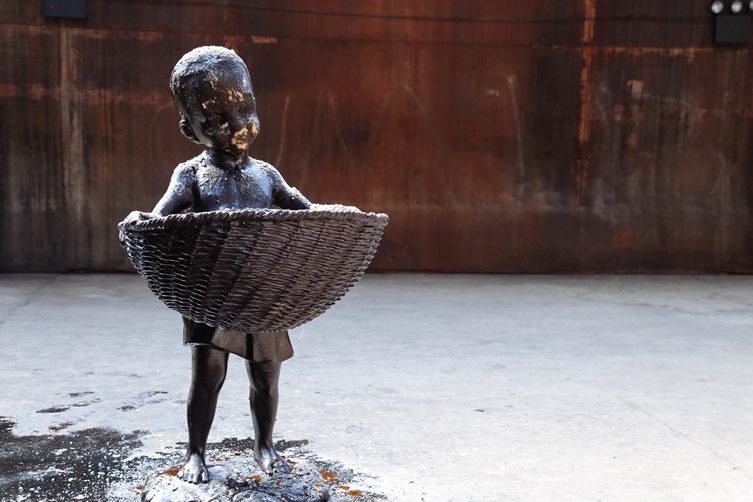 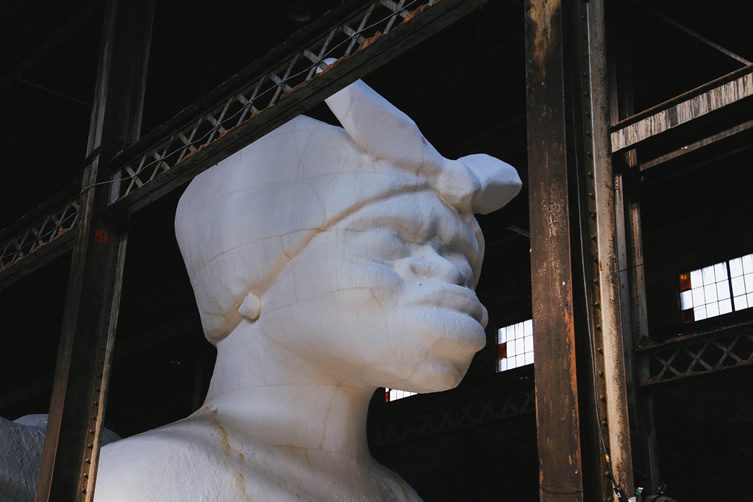 Scattered around the site, some cast, some made from pure molasses – the young slave workers are literally decomposing in front of us. Digging up all sorts of connotations, these sad figures explore slavery, child-labour, racism, the odious past of sugar manufacturing. Seemingly skivvies to the gigantic mammy (an archetypal black woman enslaved to look after white family’s children) that overlooks them, there’s an immediate sense of juxtaposition, turning tables. It’s not the first question you’re left to ponder. Walker’s centrepiece is overtly sexualised: mammoth breasts, elephantine rear, a bulbous vulva – the public’s reaction is mixed, but ogle they do, many posing for pictures in suggestive positions. They become part of the work, part of the questioning of race and of the historical over-sexualising of the black female. Curators Creative Time ask for visitors to submit their images via an Instagram hashtag – I can’t make out whether Kara will revel in some of the results or be saddened by the confirmation of her beliefs. Perhaps both.

But let us not affix ourselves on the overt suggestiveness, on the naïvety of few. Kara Walker knows what she is doing. There is a playfulness in the unease that her sugar behemoth exudes – she herself talks of a desire to convey a sense of “giddy discomfort” in her work, and many are uncomfortable. People are moved, people are surprised, people are staggered by its scale. But most of all: people are enthralled. A Subtlety asks questions of the terrible history of sugar production, of slavery, of objectification and of racial sexism – but never sets about answering them. Walker is a gifted artist, capable of prompting essential dialogue through uncomplicated, joyous work. Her Domino Sugar Factory installation is inclusive, provocative, brilliant.

A Subtlety: Or the Marvelous Sugar Baby, an Homage to the unpaid and overworked Artisans who have refined our Sweet tastes from the cane fields to the Kitchens of the New World on the Occasion of the ­demolition of the Domino Sugar Refining Plant runs, as the Americans say, through 6 July. See it. 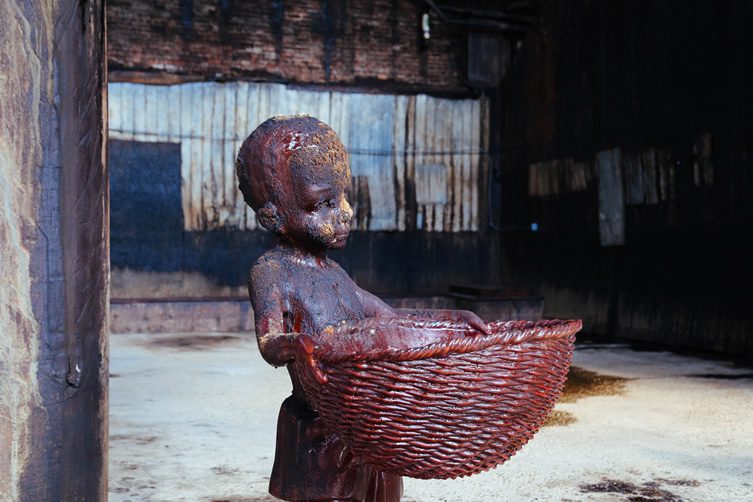 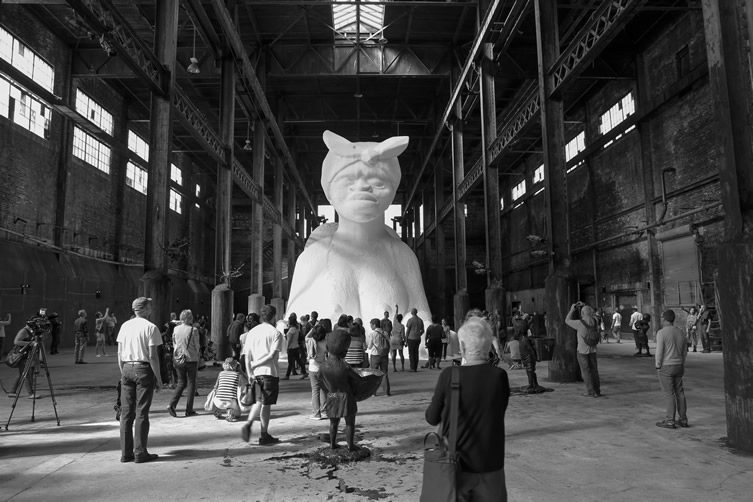 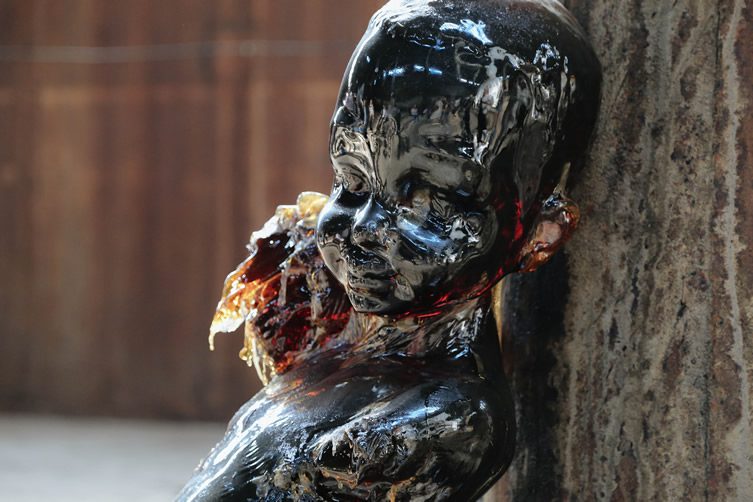 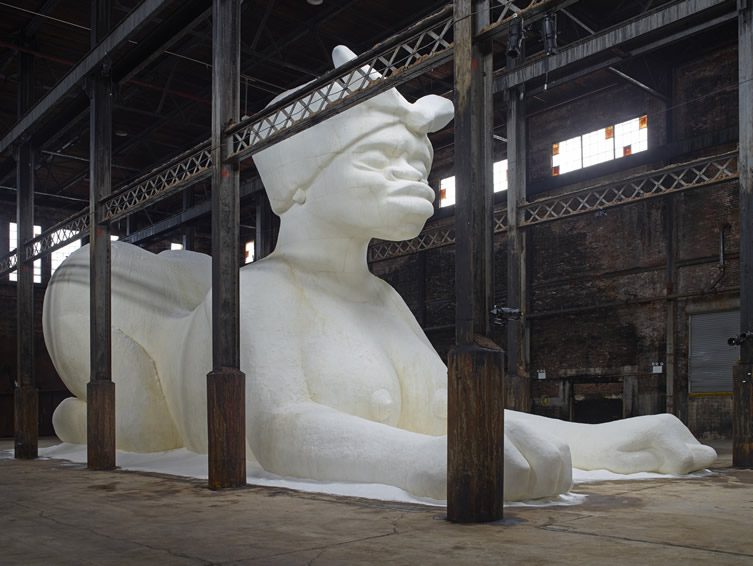 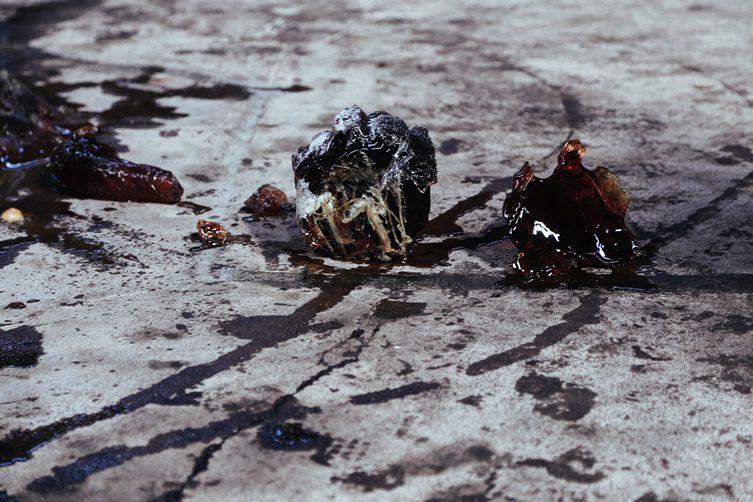 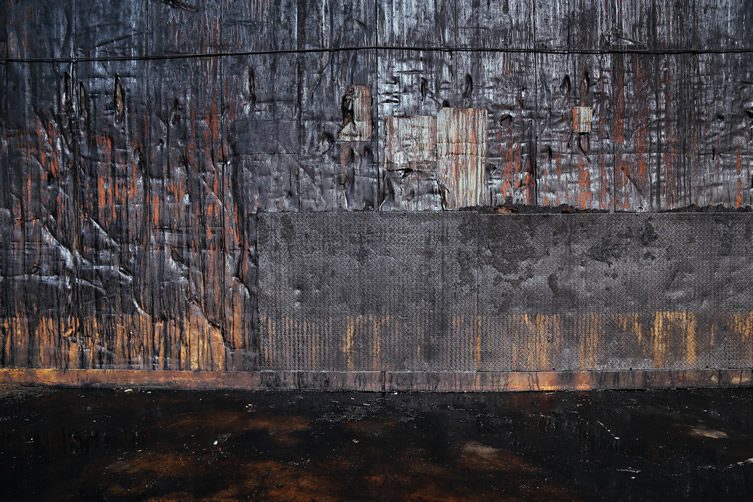 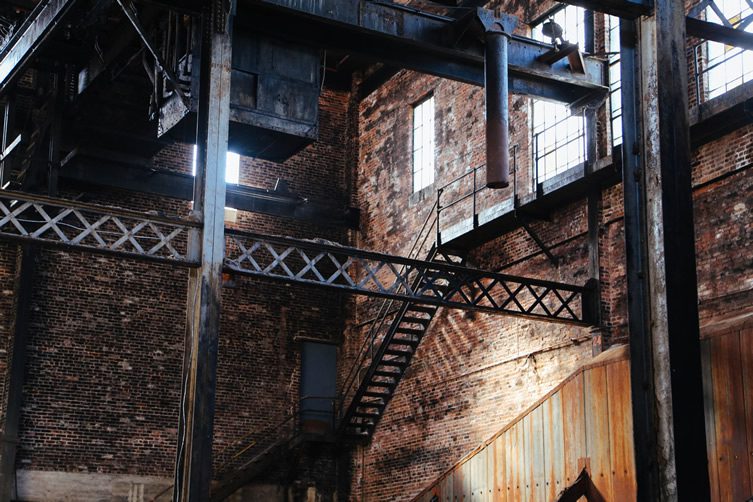 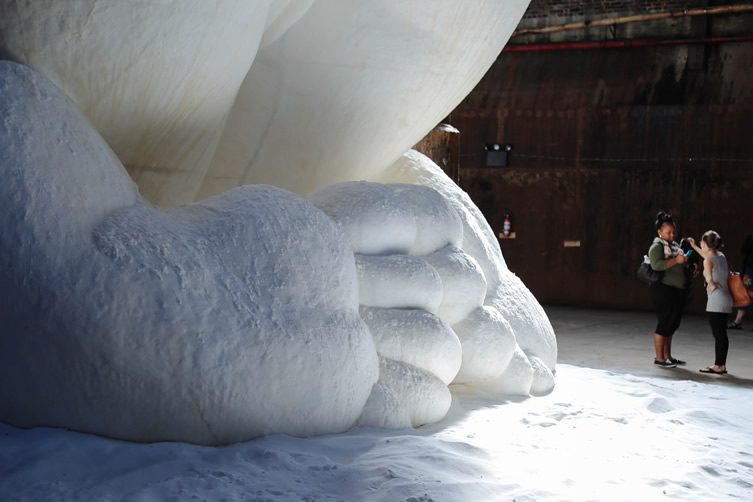 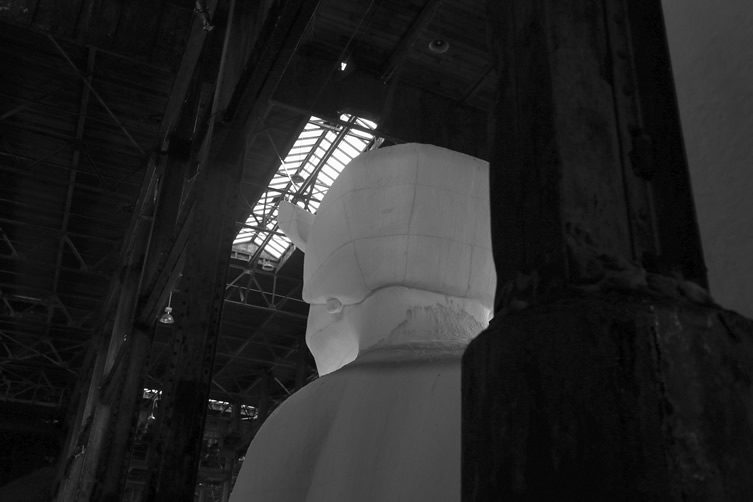 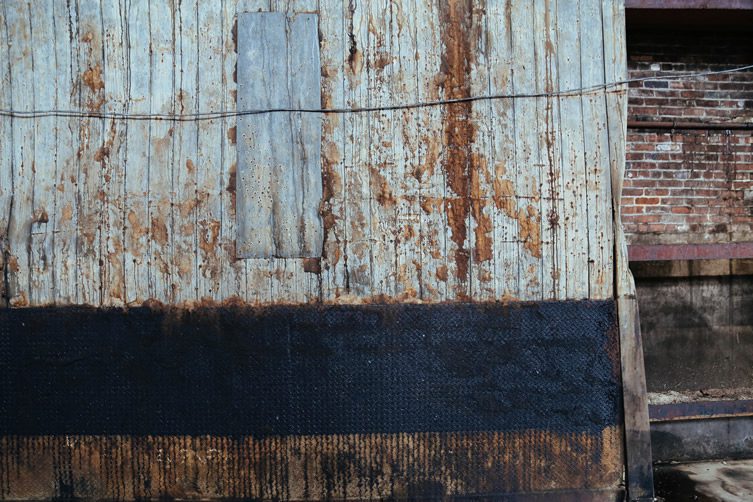 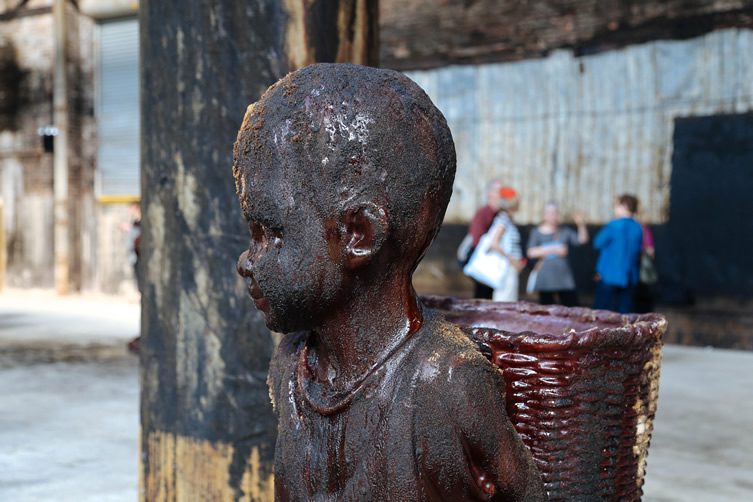 Photography © We Heart
Unless otherwise stated.