This is an exhibition to turn the hair of librarians and second-hand booksellers everywhere white and have them scurrying for a sit-down and a cup of sugary tea. The proletariat of China clearly engage with literature in a very literal way, as Chinese artist Liu Chuang’s collection of pulp fiction novels demonstrates; the books are full of doodles, notes and other assorted scribblings that have accumulated as they passed from one rental reader to another.

Read by mainly female teens and students, the books – known collectively in the hands of Chuang as Love Story – were written in the 1980s and 90s but remain in circulation and hugely popular. At the time of their rise to prominence, the regions of Taiwan and Hong Kong where the books originated underwent economic development and a new book-hungry working class was created. Subsequent Chinese government reform meant the books were allowed to be imported to the mainland, and a whole new readership opened up. Chuang has gathered around 3,000 of these used books, seeking out the readers’ embellishments and categorising them as letter drafts, personal diaries, poetry, biographical information, phone numbers, lists and doodles. Viewed together as an absorbing patchwork they serve to paint a revealing picture of working class China. Chuang has pulled a selection of these writings from the pages of the novels and translated them onto the gallery walls of Salon 94 Freemans, New York, which is hosting Love Story until 21 June. 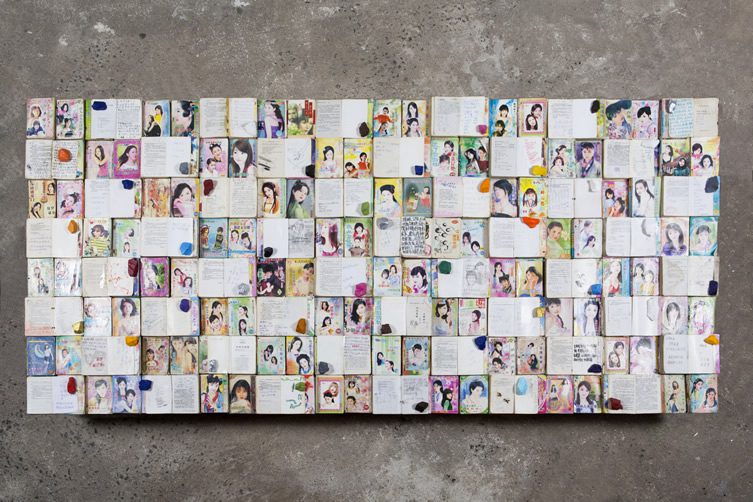 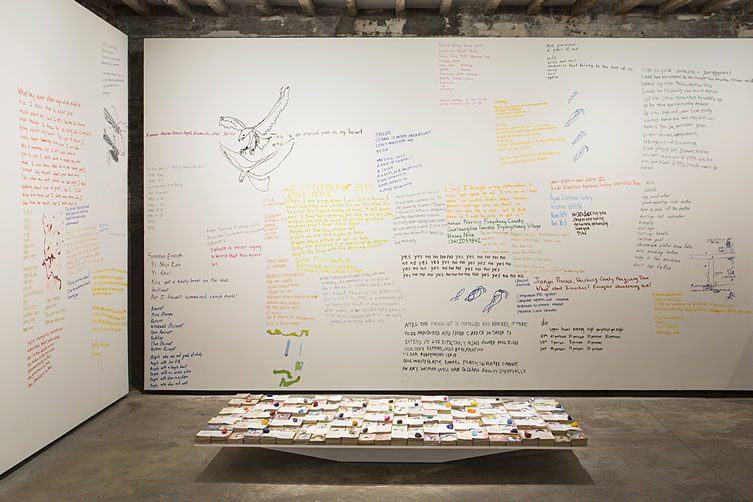 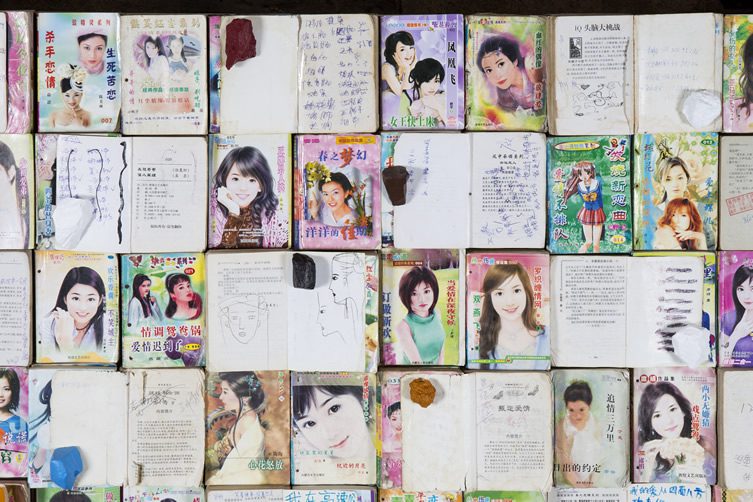 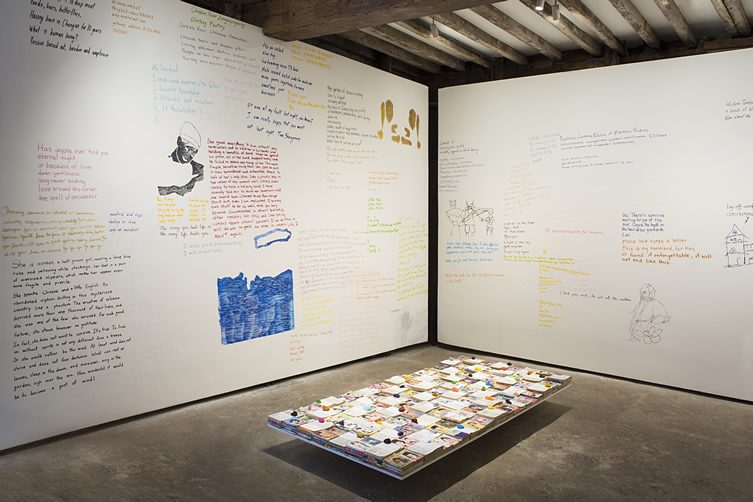 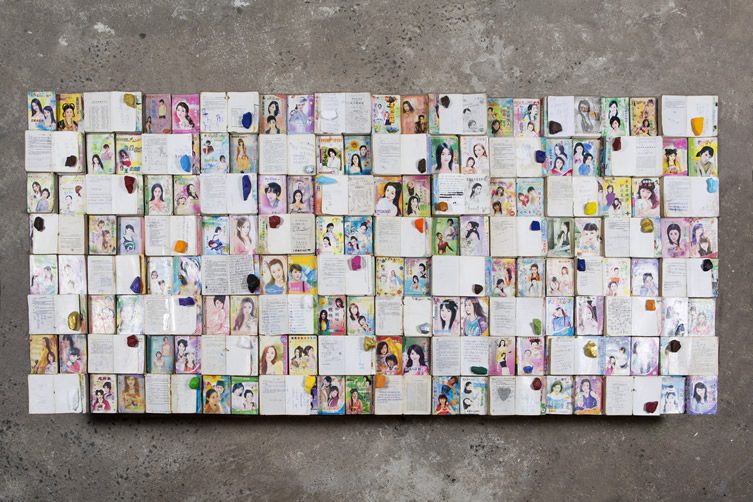 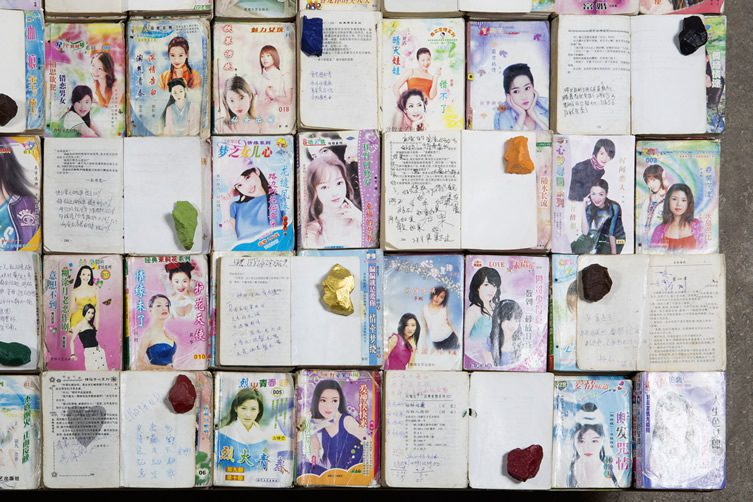