Pop quiz then folks: what was the first comic book? Don’t all shout at the screen at once, because I can’t hear you, and I don’t know the answer anyway. The British Library is more qualified than most to have a stab at that conundrum, and according to its learned scholars, the 1825 publication The Glasgow Looking Glass is a good shout. It also happens to be one of the exhibits at the London institution’s exhibition Comics Unmasked: Art and Anarchy in the UK, which is currently in full swing.

The publications, merchandise and other curios curated by comic creator John Harris Dunning and expert Paul Gravett cover the full range of what may be thought of as “comic”, including graphic novels, newspaper strip cartoons and illustrated newspapers. As the title suggests, the British comic industry’s continuing flirtation with non-conformity cornerstones the exhibition’s core content: scandalous adult material which saw their creators hauled before the beak on obscenity charges, eye-raising Victorian reports and political provocation. Not to mention original scribblings from Jamie Hewlitt’s utterly brilliant Tank Girl. As for famous artists and writers who have loaned material from their personal archives? Pretty much everyone who’s anyone, and there’s a programme of personal appearances and events going on in conjunction with the main exhibition; check with the British Library for details and ticket information. And yes, it looks like cosplay is acceptable attire. Closing date is 19 August. 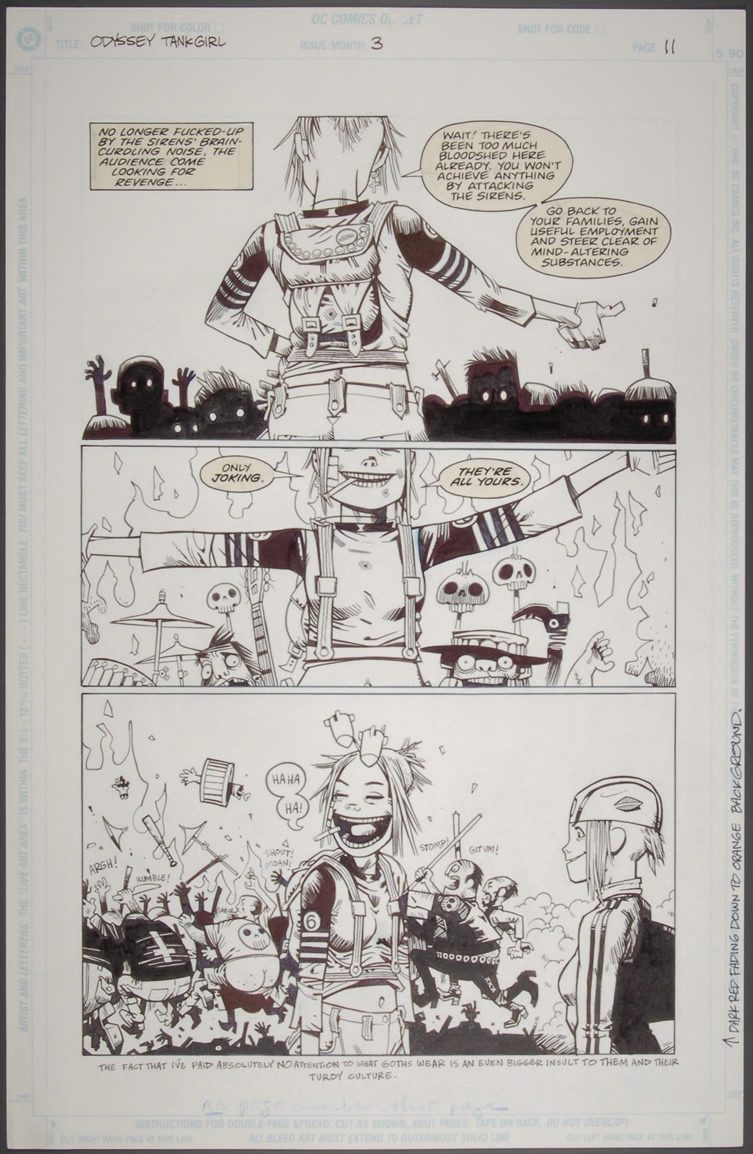 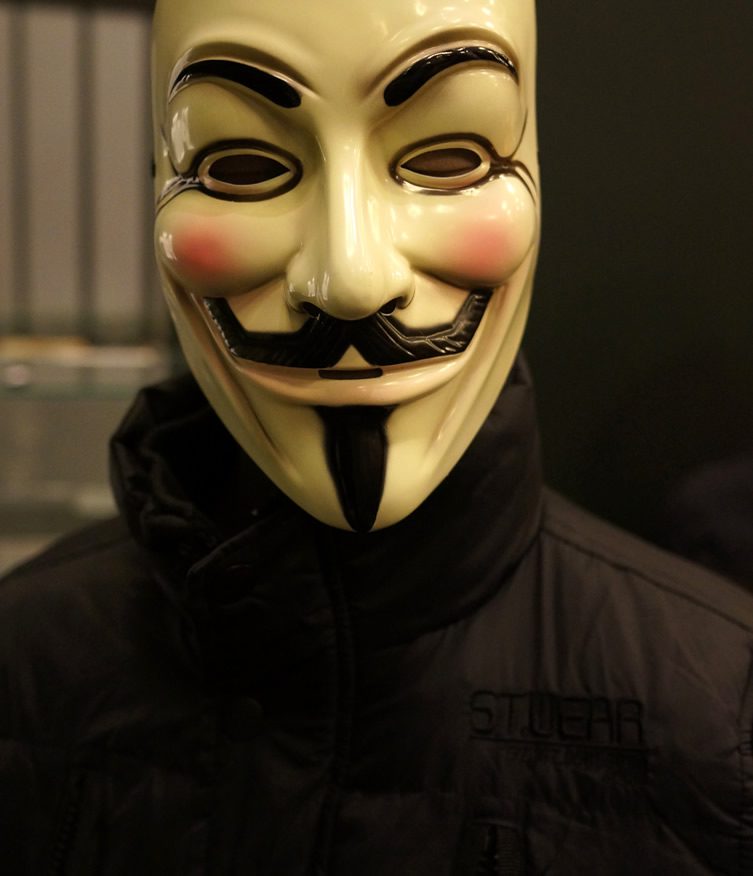 V for Vendetta mask on a mannequin in Comics Unmasked.
Photography © Tony Antoniou 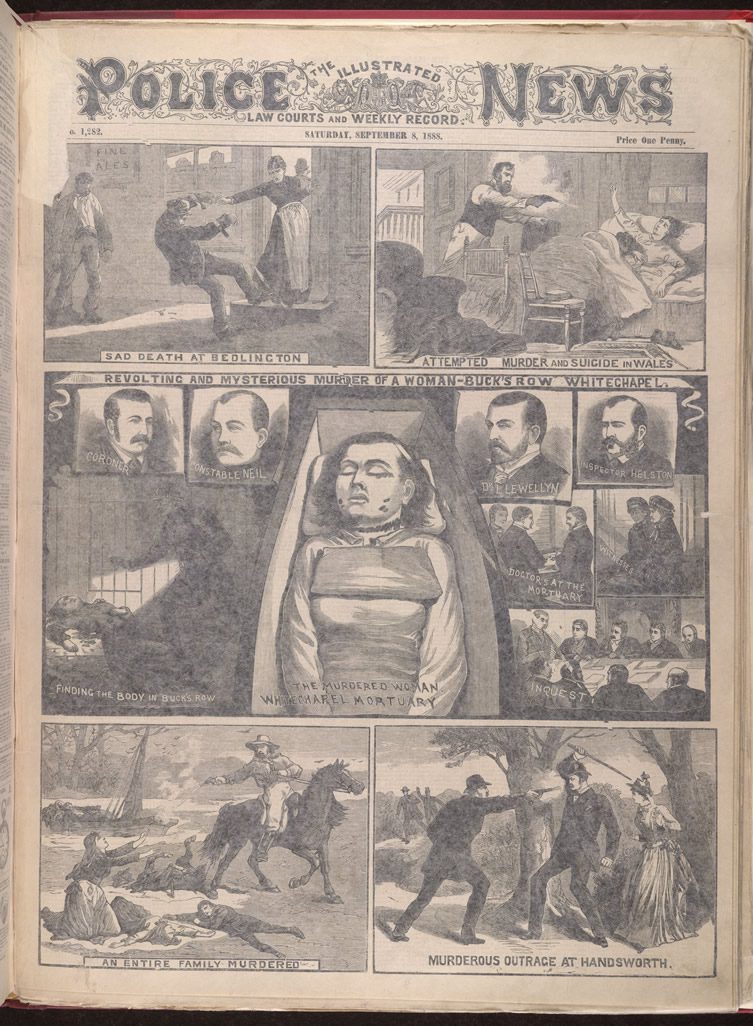 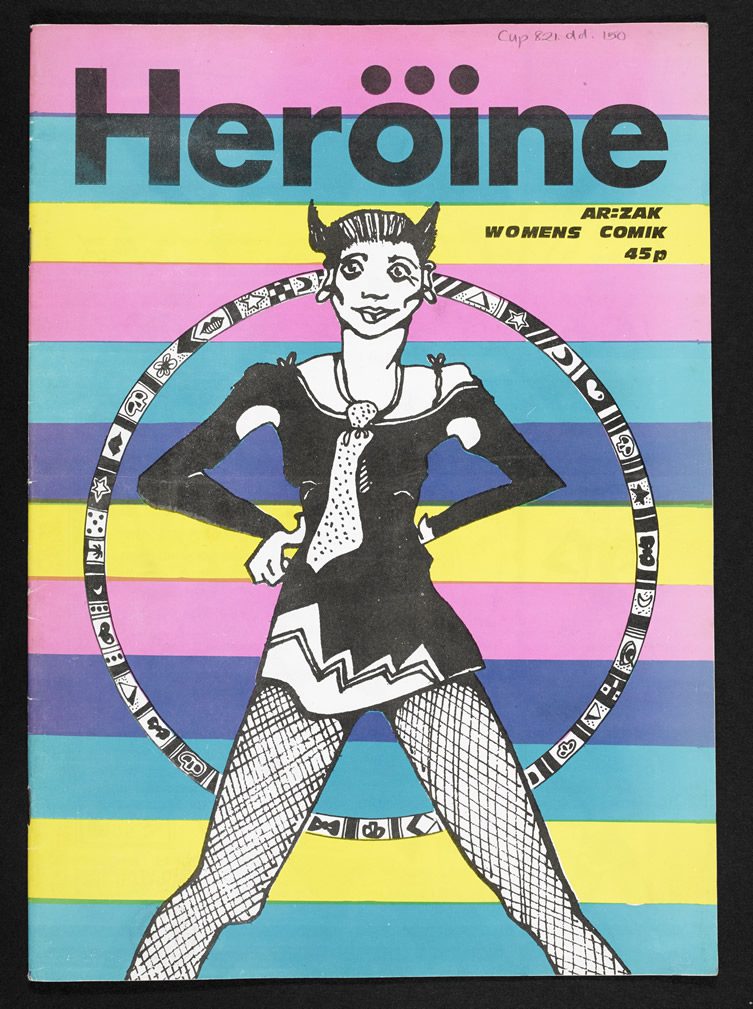 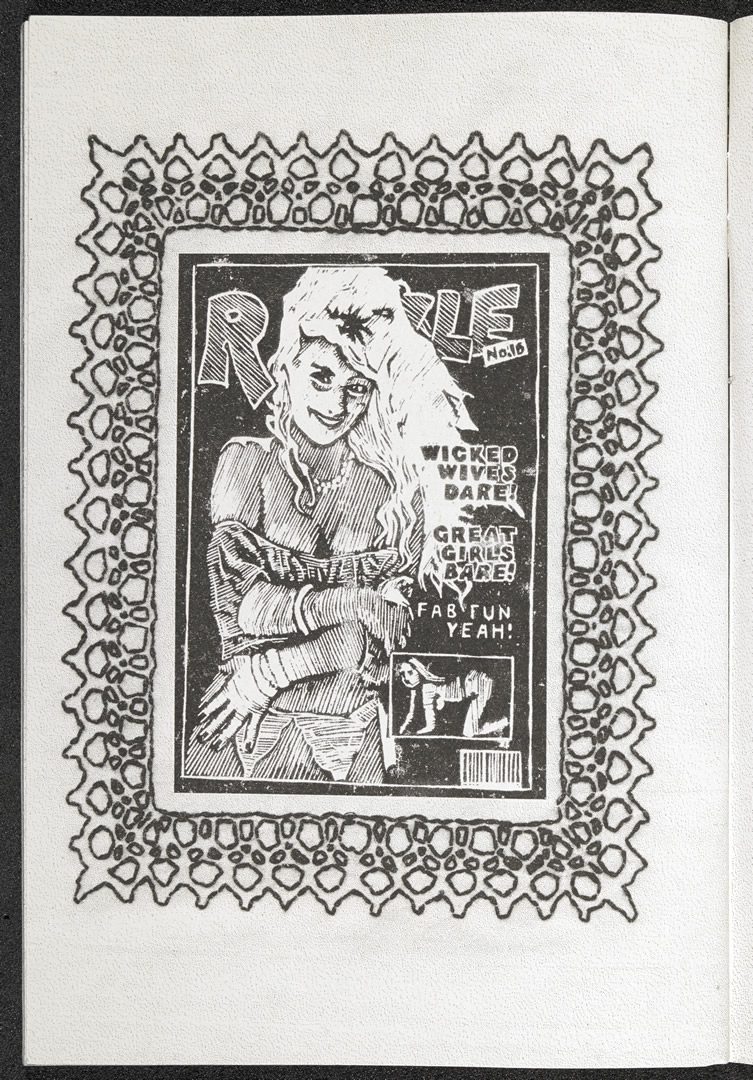 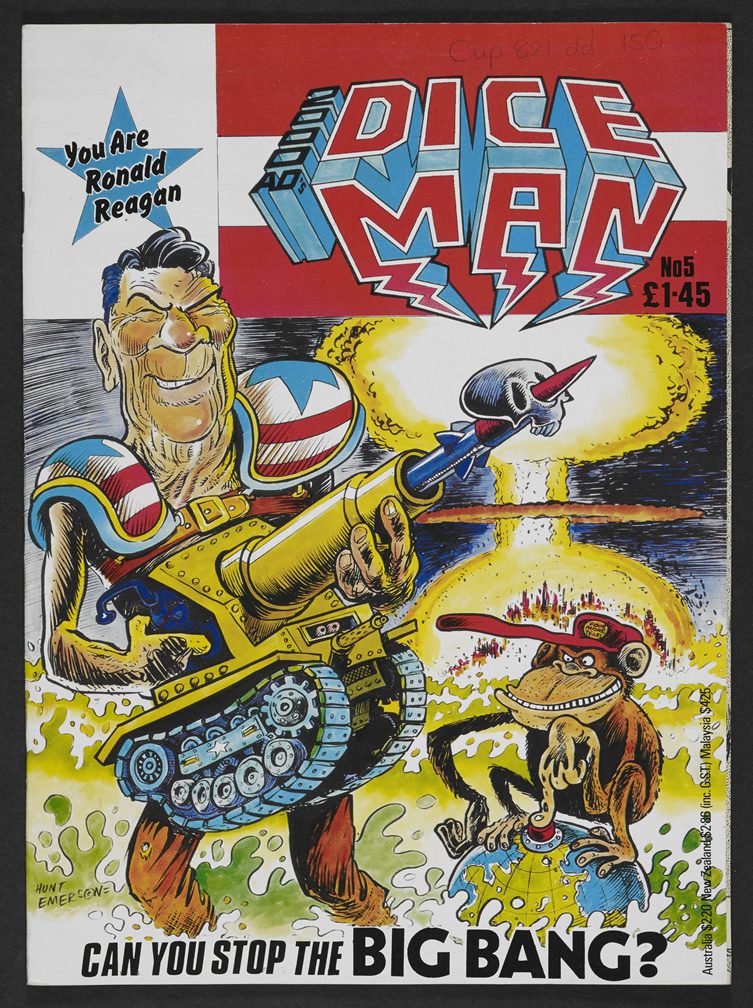 Diceman No5, by Pat Mills and Hunt Emerson
© REBELLION AS All Rights Reserved 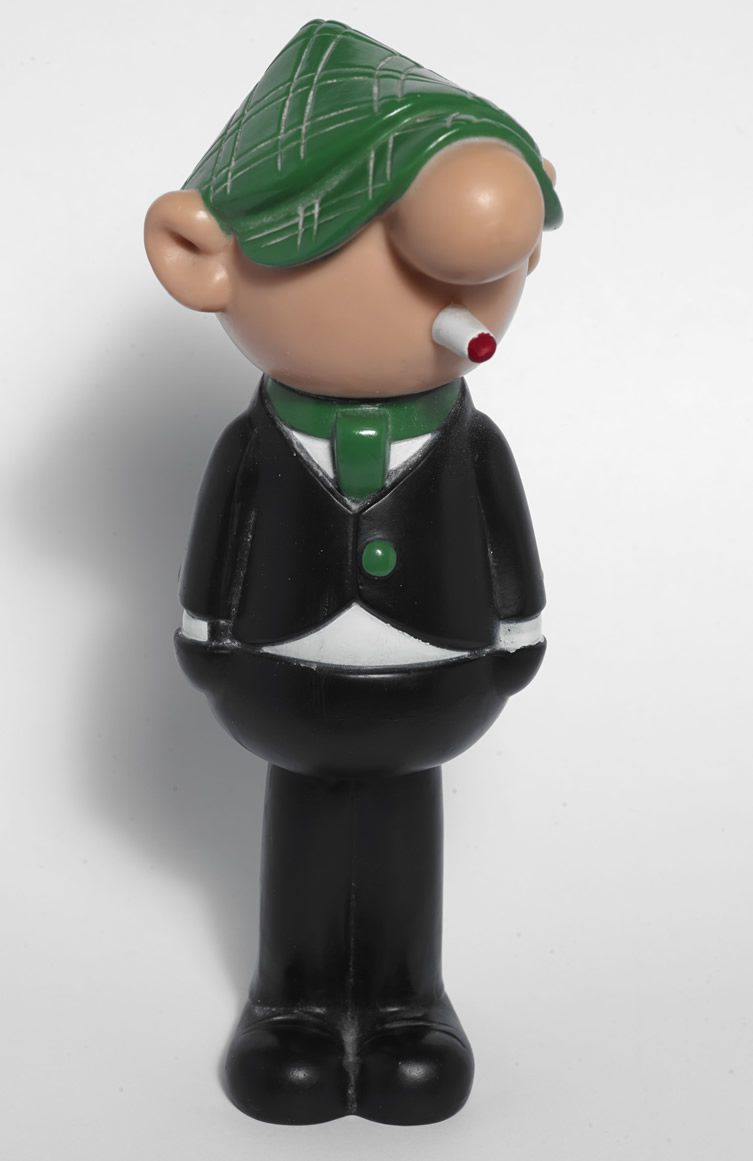 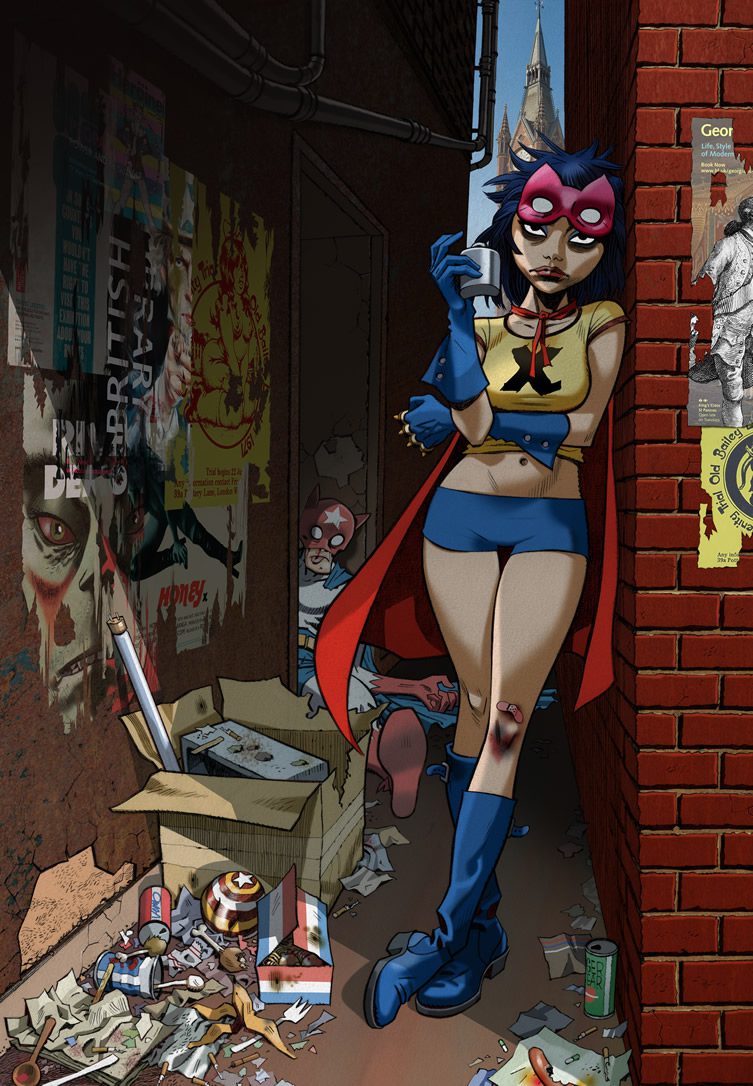 Comics Unmasked: Art and Anarchy in the UK
The British Library, London