It takes a brave character to turn up in Rome and start fiddling with the architecture, but that’s just what Aakash Nihalani has been doing in preparation for his new show Vantage, which combines gallery installations with permanent and temporary urban interventions in the famously historical city.

The artist from Queens, New York is well-known for his “tape art” – simple geometric shapes stuck onto walls with brightly coloured strips of tape. Sometimes Nihalani fills in the shape to create the illusion that a section of wall has been removed to reveal a dripping liquid paint centre, and in other pieces he conjures the 3D effect by seamlessly mounting sections of the tape in front of the main surface and inserting things – often people, including himself – between the two planes. Both depth- and perspective-distorting styles have been employed in Vantage, a show based in the Wunderkammern gallery on Via Gabrio Serbelloni, but which also takes in buildings in Rome’s 5th District as part of the larger project Public & Confidential, featuring four other street artists (Dan Witz, Rero, Agostino Iacurci and Jef Aerosol). The gallery element is on display until 5 May. 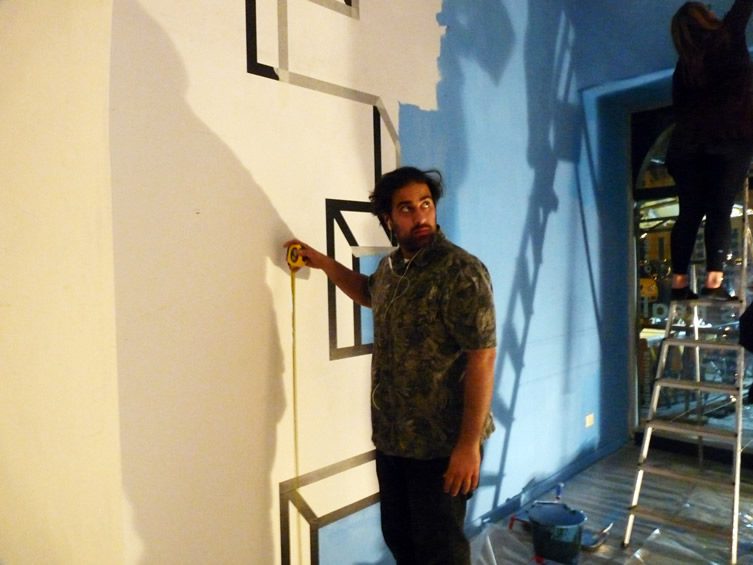 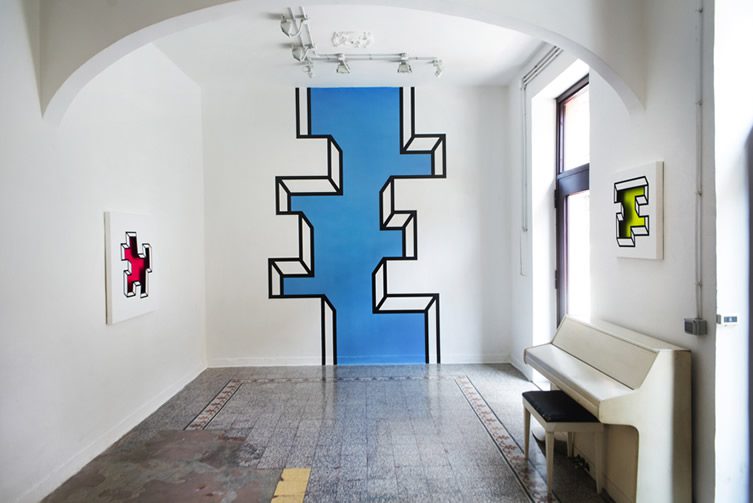 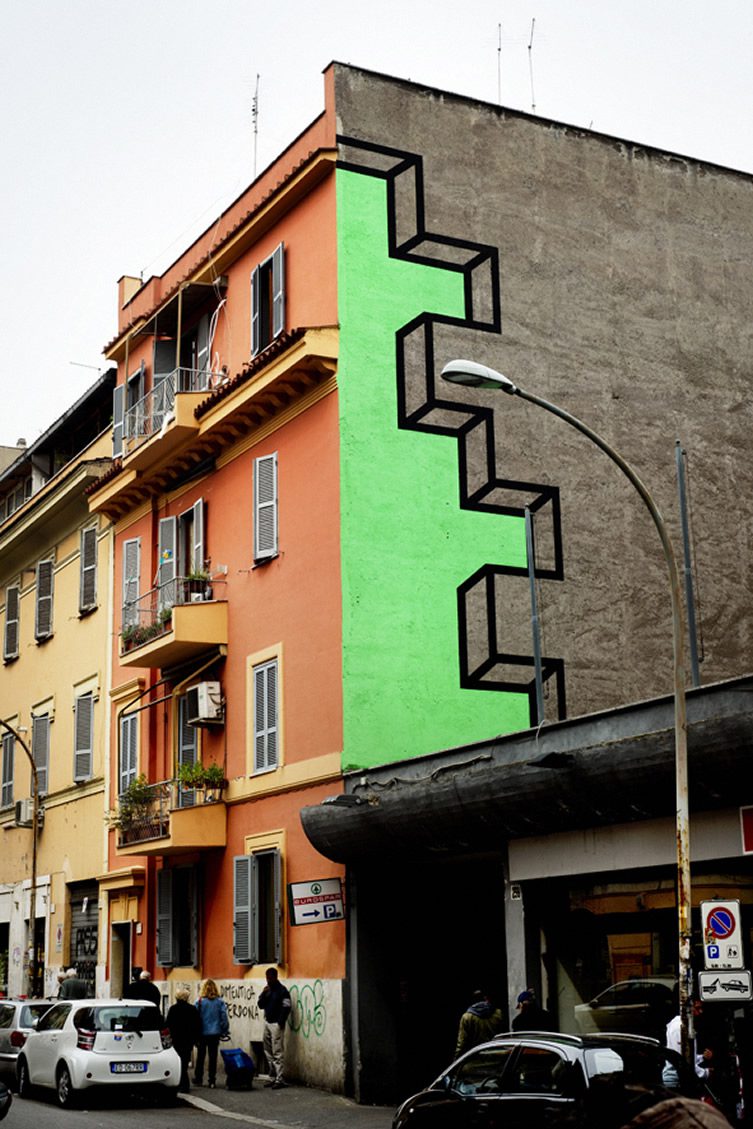 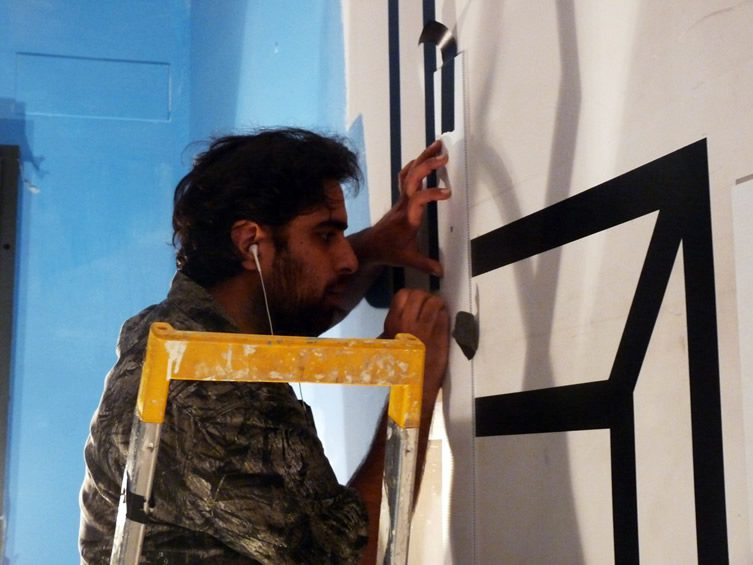 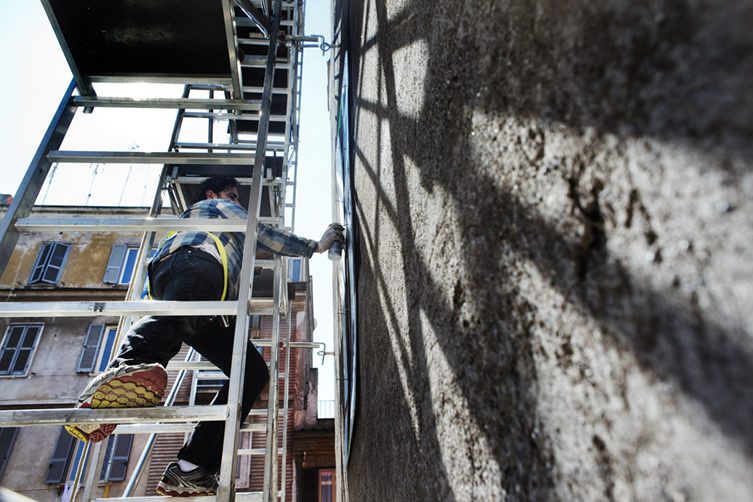 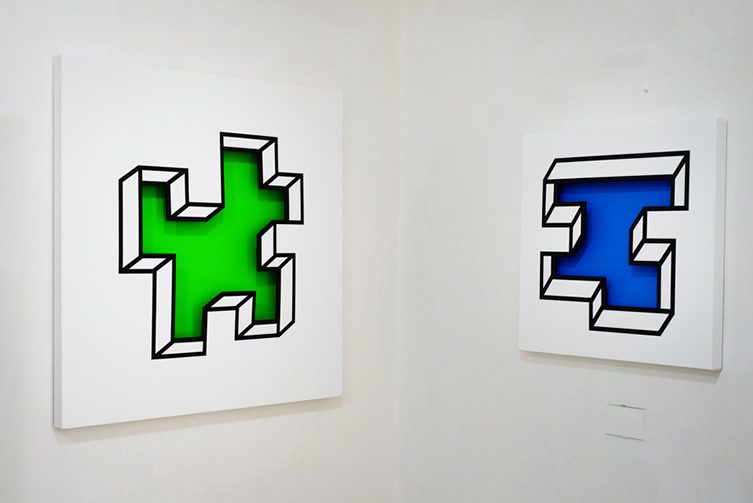 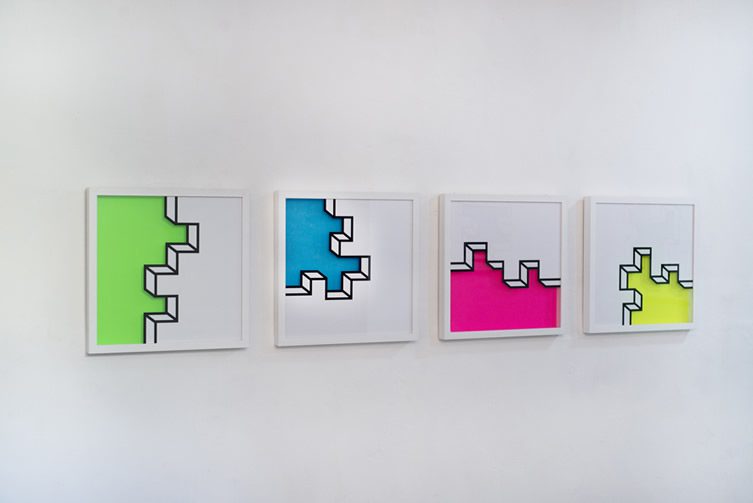 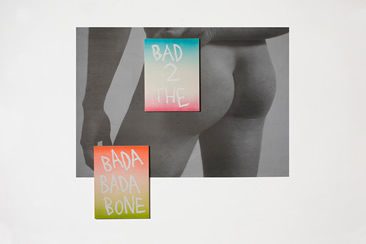 Remember that bit at the end of Who Framed Roger Rabbit? when Judge Doom is run over by a steamroller, only to peel himself off the floor and reveal himself to be a Toon? *GASP!* Of course you do. It's a classic. I reckon Eddie Peake is a fan of the... 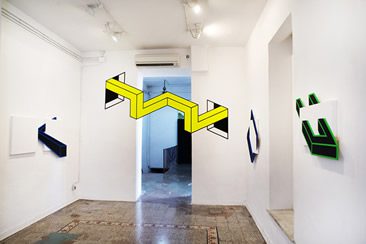 The success of Aakash Nihalani's Rome exhibition depends on how you look at it...

It takes a brave character to turn up in Rome and start fiddling with the architecture, but that's just what Aakash Nihalani has been doing in preparation for his new show Vantage, which combines gallery installations with permanent and temporary...