And here’s one we made earlier… Make Architects unfolded a couple of extraordinary contributions to the London Ice Sculpting Festival in Canary Wharf in January, but unlike most of the other exhibits, these aren’t likely to melt when the sun eventually shows its face later in the year. The two kiosks are based on the principles of origami, but are made from aluminium panels. Joined together with a system of hinges that mimic the action of paper fans, the front of the kiosks fold back to open up the inside, which is a simple but flexible retail space. Finished in black, they are a sculptural and enigmatic presence even when closed for business.

The design is a lightweight one, constructed off-site and delivered pre-assembled. Other characteristics of the kiosks are durability, easy maintenance, and vandal/graffiti resistance. If you’ve got some origami that needs recreating in metal, Entech Environmental Technology Ltd are the fabricators to call. In the meantime, expect to see Make’s work at festivals near you this summer. 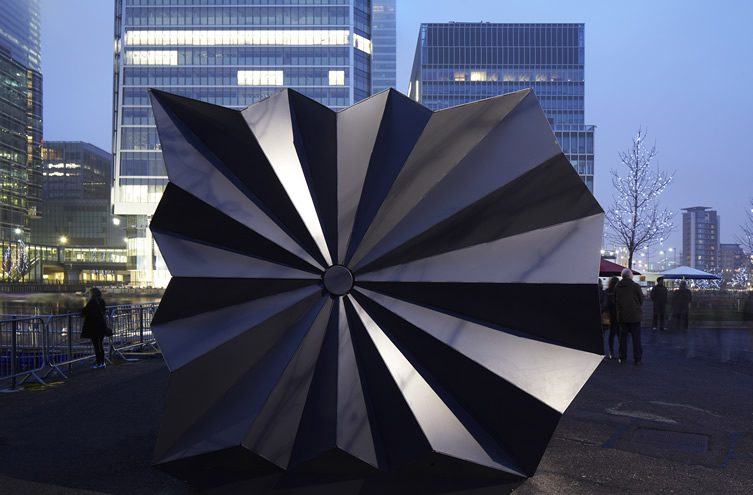 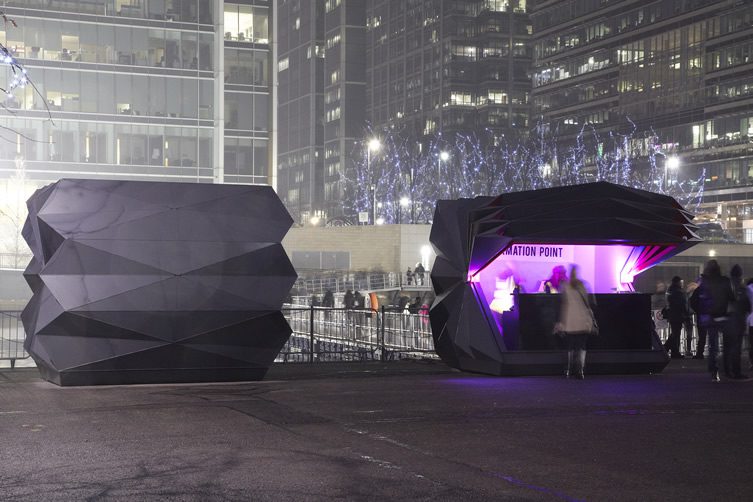 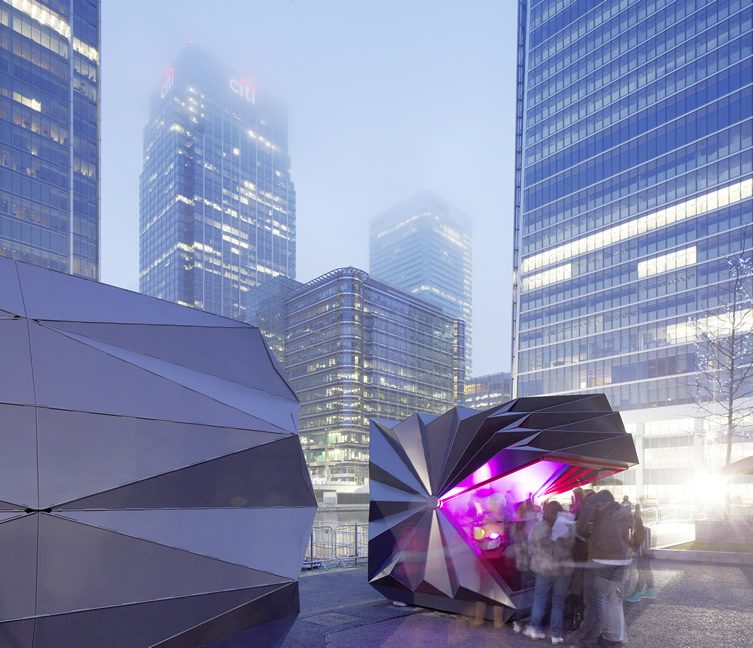 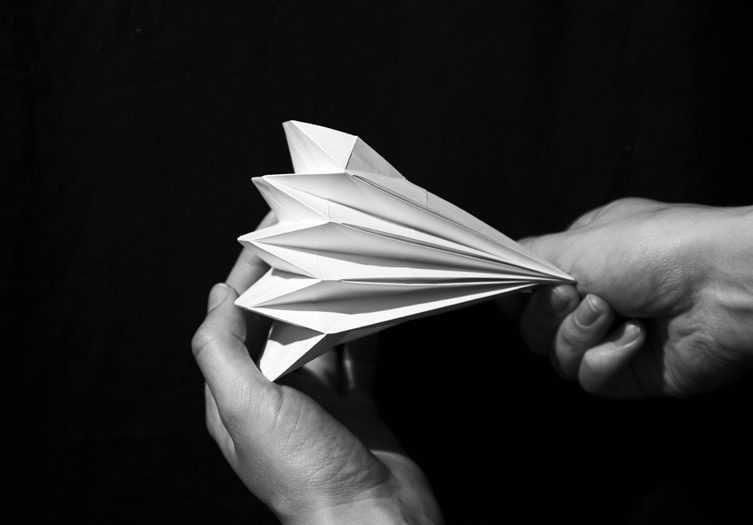 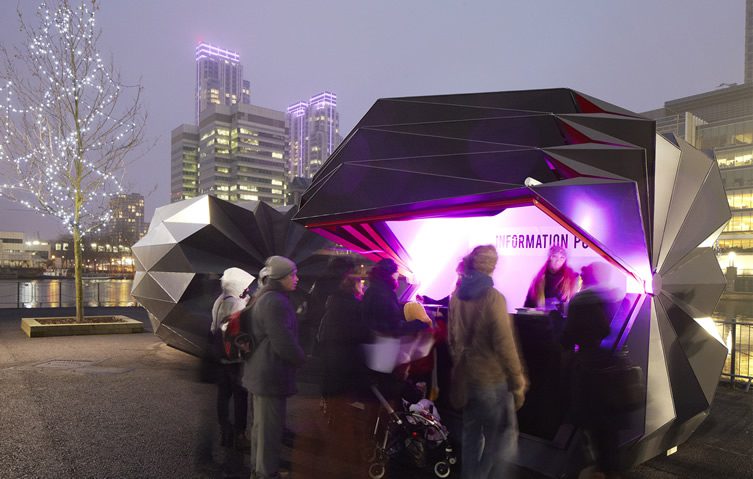 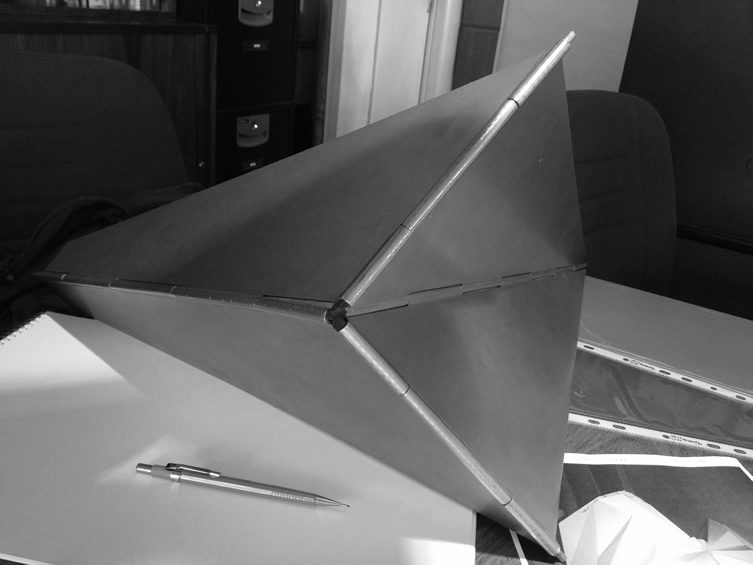