Amid the orderly trees of Brooklyn’s MetroTech Common, a strange sight now greets morning commuters as they pass by. What are these strange technicolour shapes piled on the plaza? A crash site of a UFO perhaps. The debris of a meteorite impact. The wreckage of a mythical ship. The refracting shards of an ice crystal seen under powerful magnification. It’s really up to you.

If you want to get all real-life about it, the 18 structures arranged in two irregular formations are fibreglass coated plastic, put there by artist Katherina Grosse at the invitation of the Public Art Fund and Forest City Ratner Companies. Just Two of Us is Grosse’s first project in New York, and is the latest project to come out of a 20-year partnership between the two organisations for the purpose of promoting arts and culture in downtown Brooklyn. You could be there all day puzzling over the meaning of the objects, but don’t be too late for work. They will be there until next September. 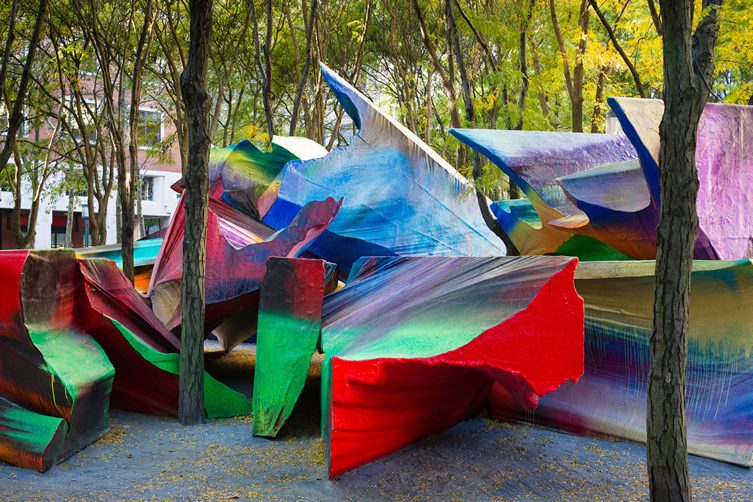 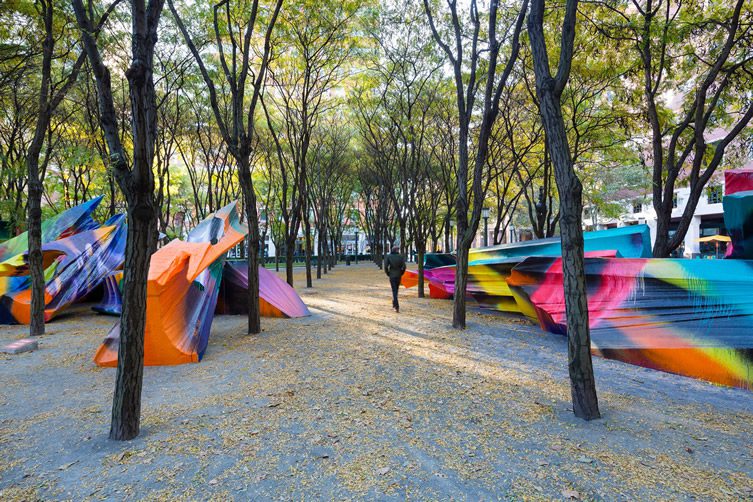 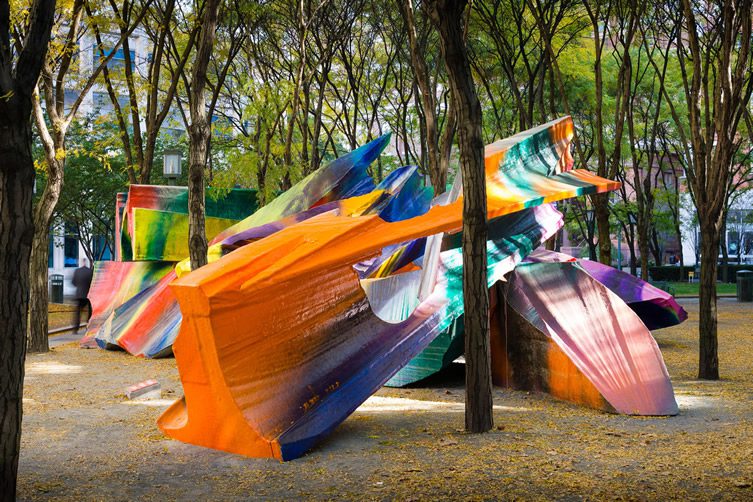 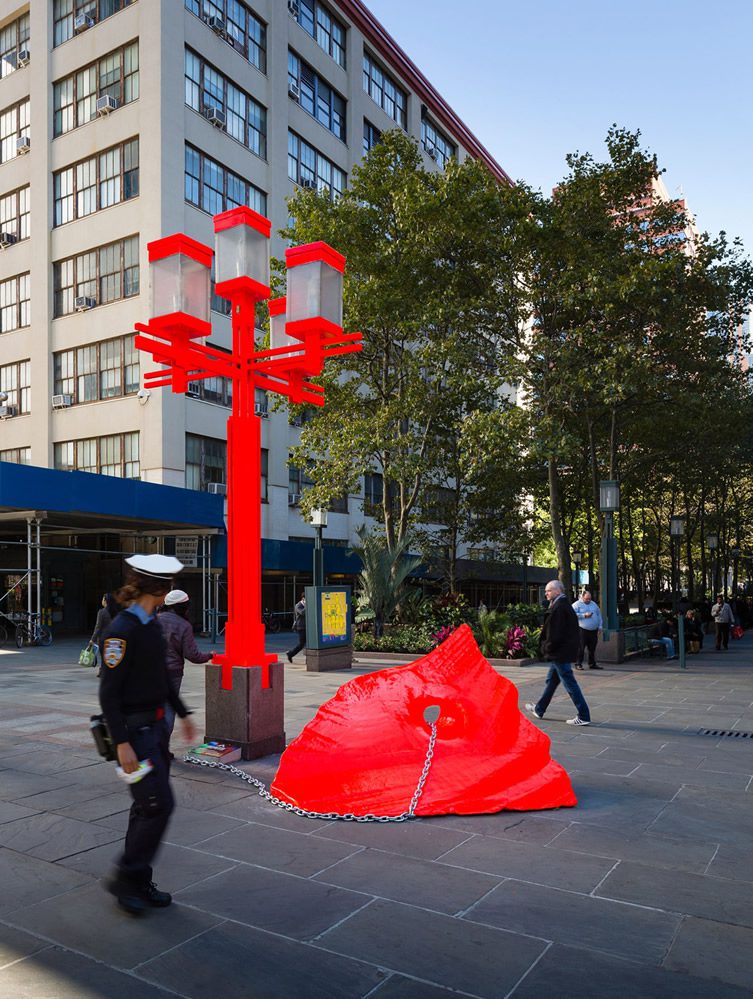 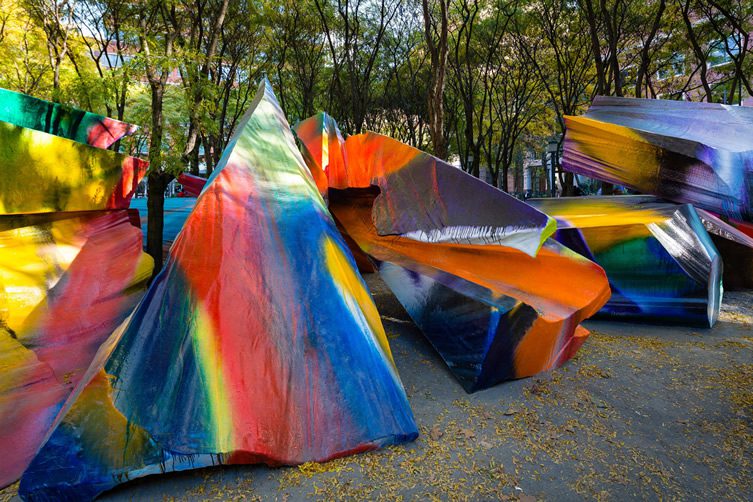 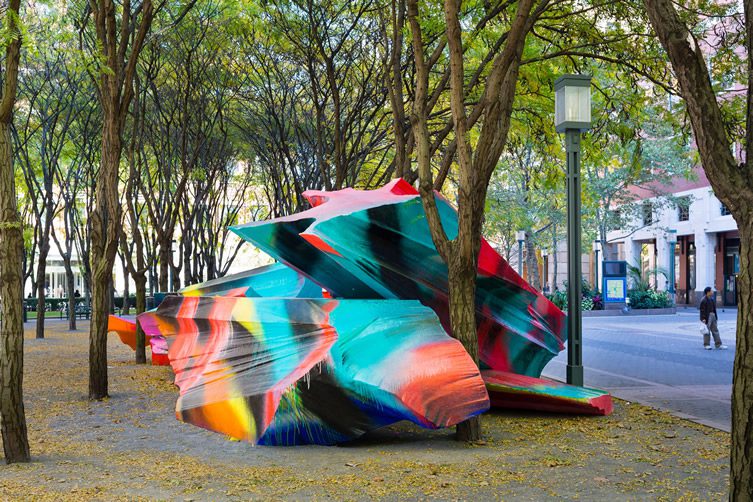