What a spiffing place The Royal Arsenal in London is. Formerly the place where munitions were made for the armed forces, it’s now the site of a riverside housing and retail development, but you can still get plenty of bang for your buck at places like Cornerstone Café, which has got us feeling all patriotic thanks to some sterling design work from Paul Crofts Studio.

The former warehouse has been taken back to basics, leaving the shell exposed. Deferential nods to the building’s past are all around. The booths have been upholstered in uniform green, but perhaps the most recognisable military motif is the chevron design that crops up on the counter and around the shelving unit, and again on the long mess hall table tops, echoing the stripes of rank on an officer’s sleeve. The smooth wooden installations soften the industrial raw brick and rolled steel encasing the kitchen, and other modern elements that have been introduced include the Crofts-designed Nonla pendant lights – non la is the name for the traditional Vietnamese conical hat from which the lights take their inspiration, fact fans. Jolly good show, what? 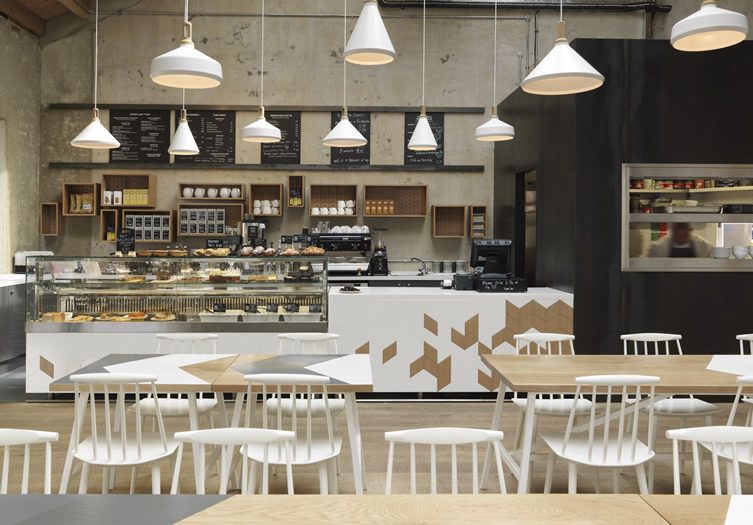 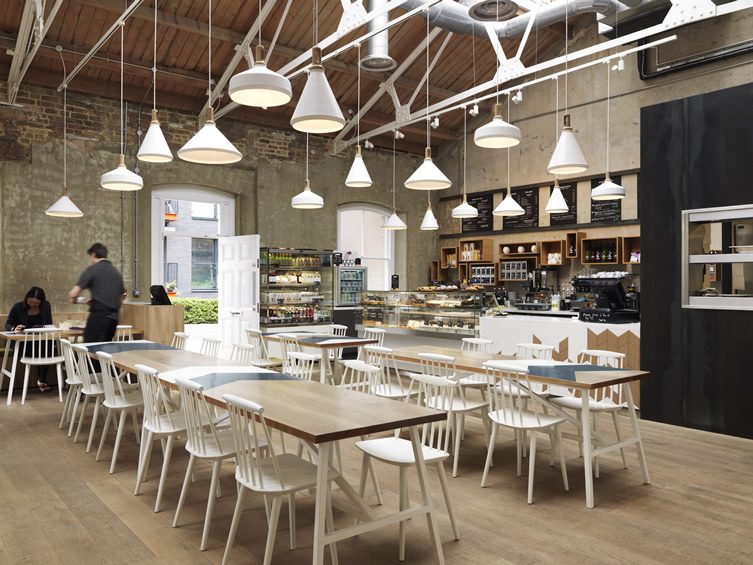 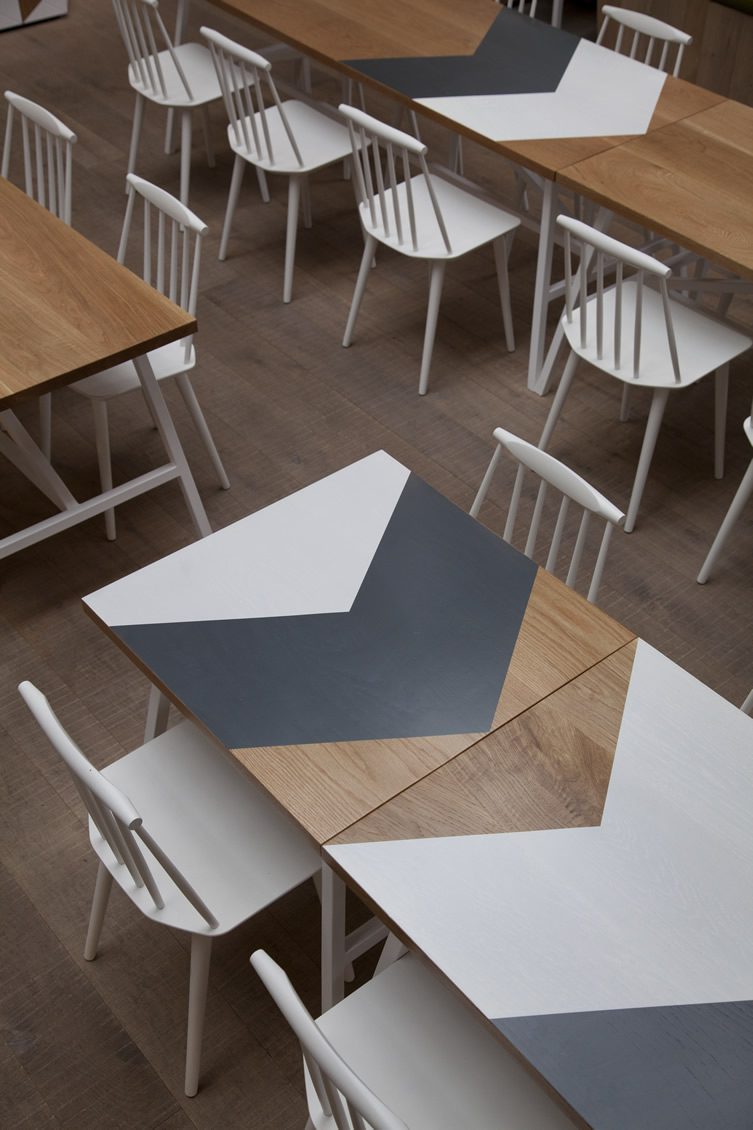 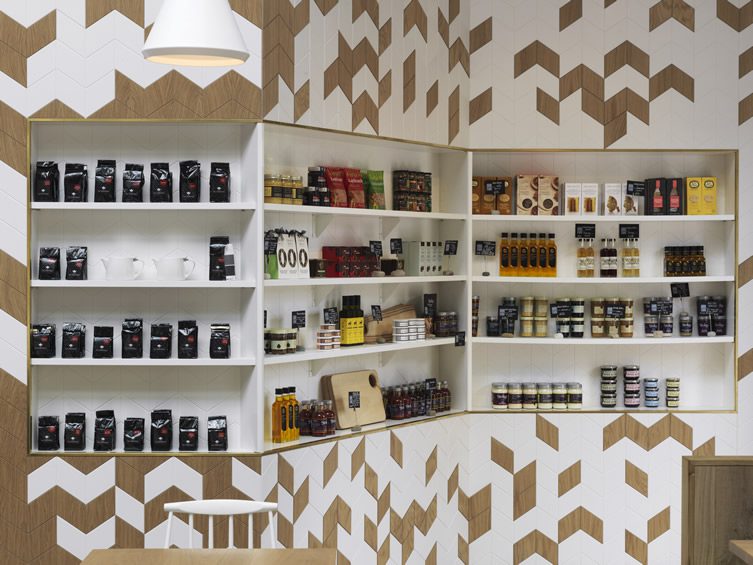 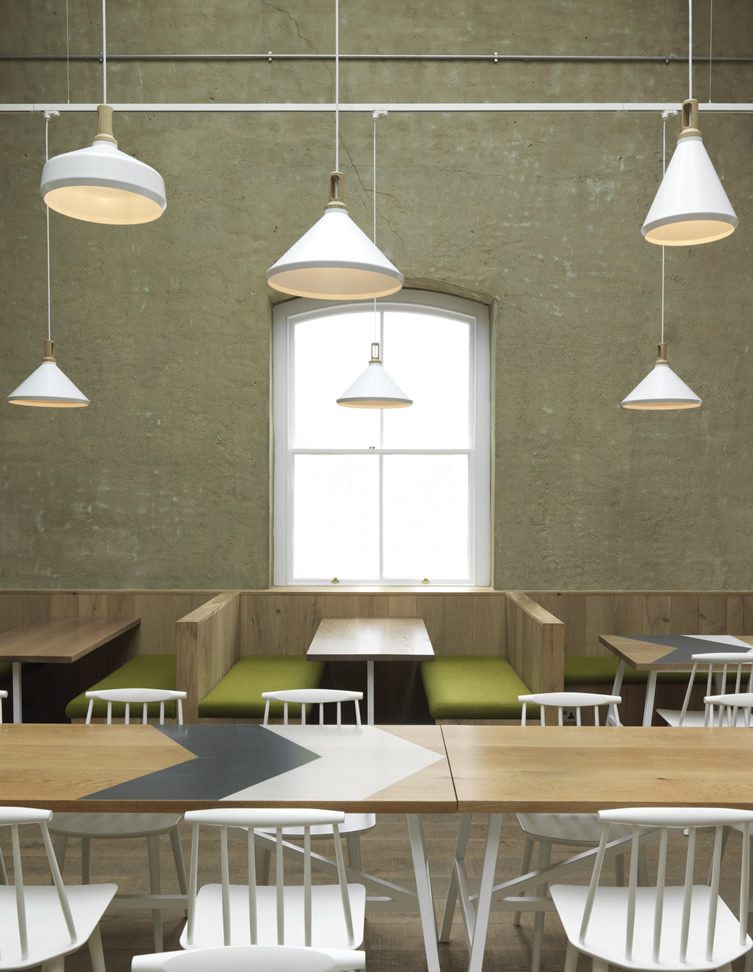