Artists Christine Istad and Elizabeth Pacini will bring the SUN to this year’s 100% Norway at Tent London. The public piece of art that represents their country at this year’s 10th anniversary exhibition will be a first for London. An imposing three metres in diameter, SUN evokes our dependence on the centre of our Solar System both visually, and physically. A monolithic metaphor, the installation reflects the star’s changing luminosity as we constantly travel around it. As the light sculpture changes its hues from white to warm orange through burning red, the aim is to ignite the viewer’s senses – particularly as it navigates the dark north of Europe, its trip a significant component of the overall work.

Having travelled some mega miles from Tromsø in northern Norway, where for three months a year there is no sunlight, the piece is set to astound 100% Norway’s many visitors. Here we speak to Christine Istad and Elizabeth Pacini about the SUN, its significance and where on earth (or otherwise) could it travel to next… 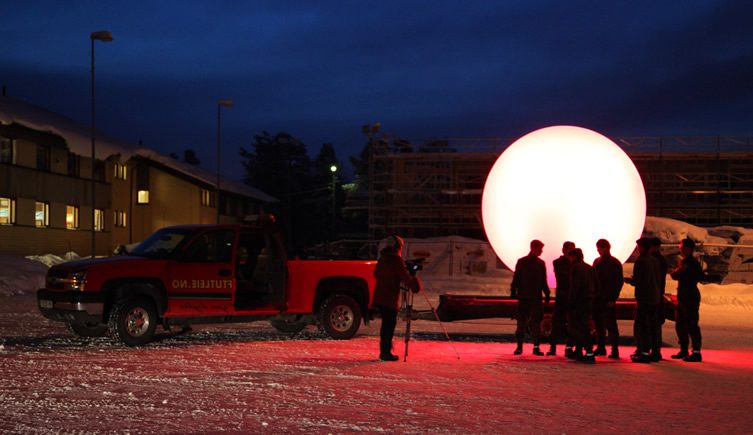 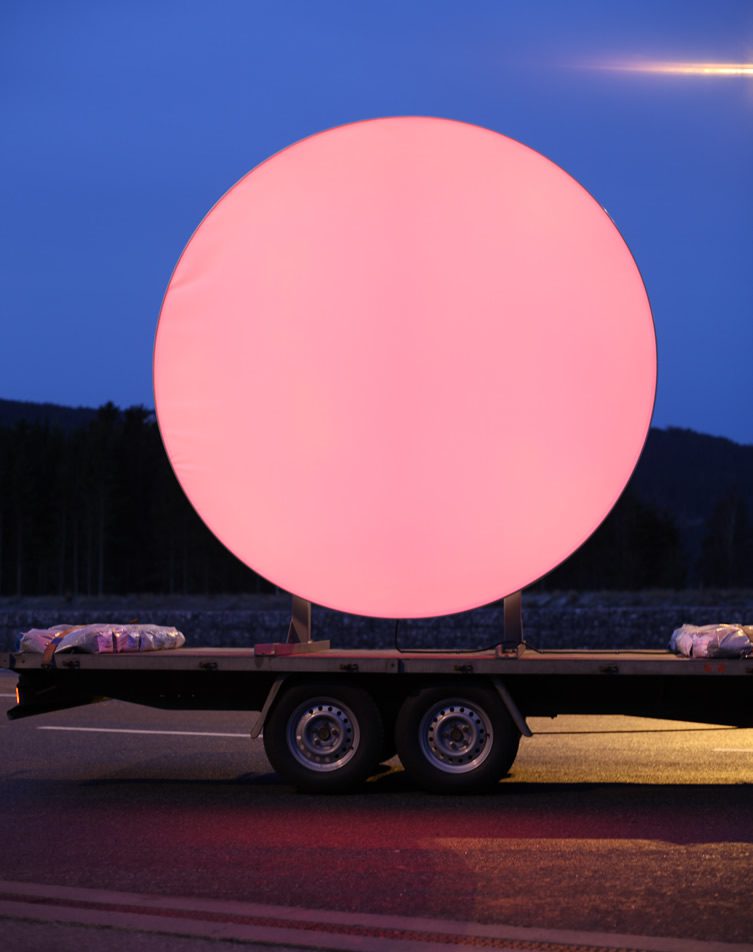 How did your SUN collaboration come about?

Lisa and I have been working together with various art installations for five years. We are two of four members of the art group Open Space. In the winter of 2012 the group had an exhibition at Tromsø Centre for Contemporary Art, which is in the north of Norway. While planning for the show, we got the idea to take the ‘SUN’ to Tromsø – which has no direct sunlight for approximately three months. The SUN was mounted on an open flatbed trailer and it was lit the whole 1,009 miles from Oslo to Tromsø. The SUN travelled through the Norwegian landscape on roads that would challenge any veteran snow and ice driver, and finally installed outside on the second floor façade of the art centre, from November to February.

Can you tell us the significance of SUN and why you decided to create it?

For those of us living in the north, the sun or lack of it has an immense impact on our lives. We wanted to bring the SUN from Oslo to Tromsø as a gesture. To take our installation on the road trip was an essential part of the work. By documenting the trip on our blog www.artubeart.blogspot.no, we allow viewers to share the trip with us. 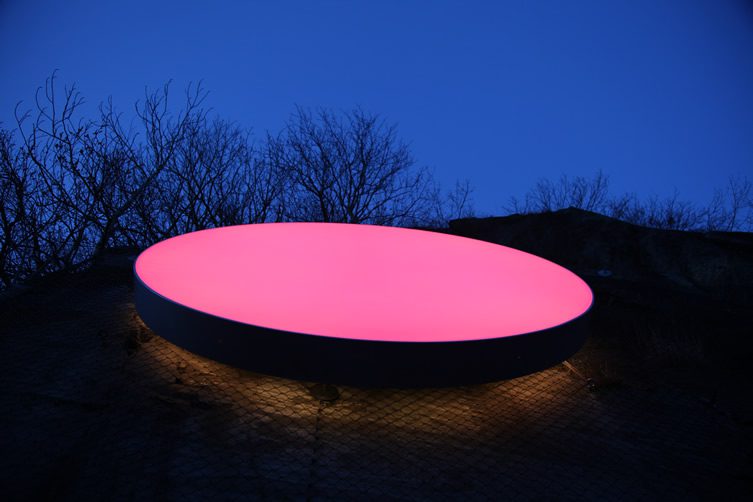 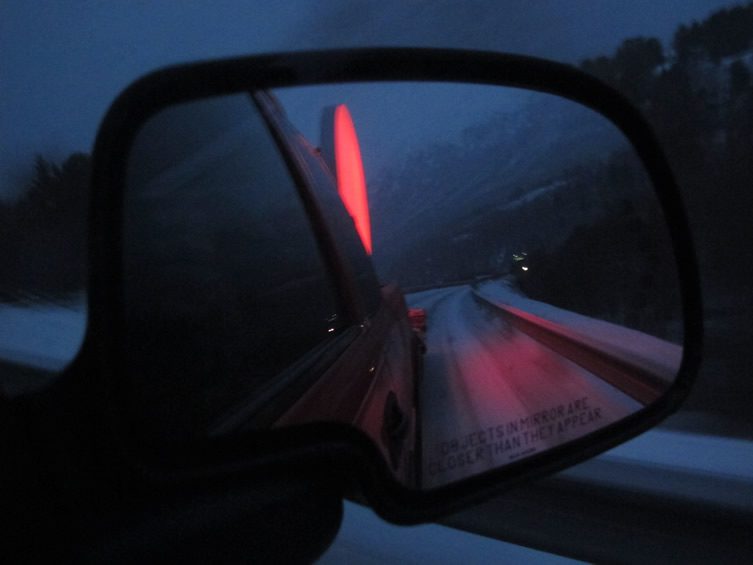 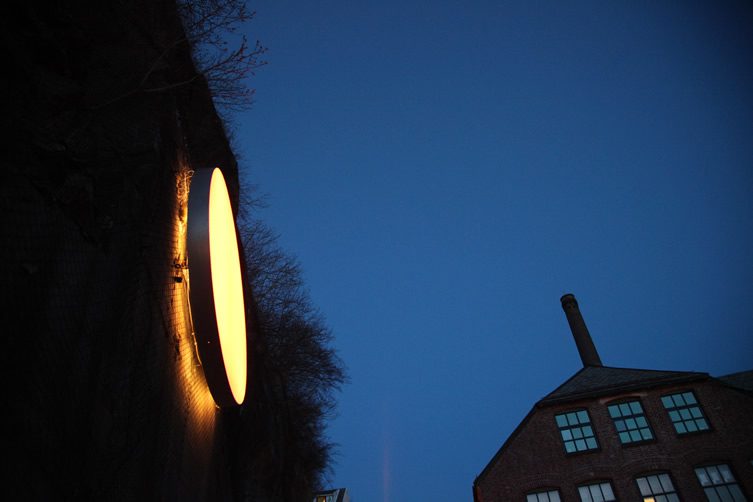 We’d like to see the SUN in some of the remotest areas of the world… where, if anywhere, would you take it? Is the moon a completely unrealistic idea?

We plan to bring the ‘SUN’ to Rjukan; a small valley in Norway that has no sun for six months. With proper financing we can take it anywhere. We would love to be the first artists to have an artwork on the moon, and what could be more fitting than the SUN? Northern countries like Russia, Finland, Canada or even Japan would be great.

Although completely different, what were your thoughts on Olafur Eliasson’s Weather installation at Tate Modern some years ago? It seems Scandinavia has a healthy obsession with the elements in nature…

Unfortunately we were never able to see or experience the installation at Tate Modern. We are aware of the similarity, but our intention was not the same. The traveling SUN sculpture is a performance artwork and a site-specific installation. The documentation of the travel by land and sea, gave us direct contact with people in villages and cities that we passed through was a very important part of the work.

It is great to be invited to represent Norway and show the SUN sculpture in the centre of London. It is not just the SUN we’ll be sharing with the viewer’s in London; it’s the Norwegian landscape, sharing culture and thoughts about nature and the environment. 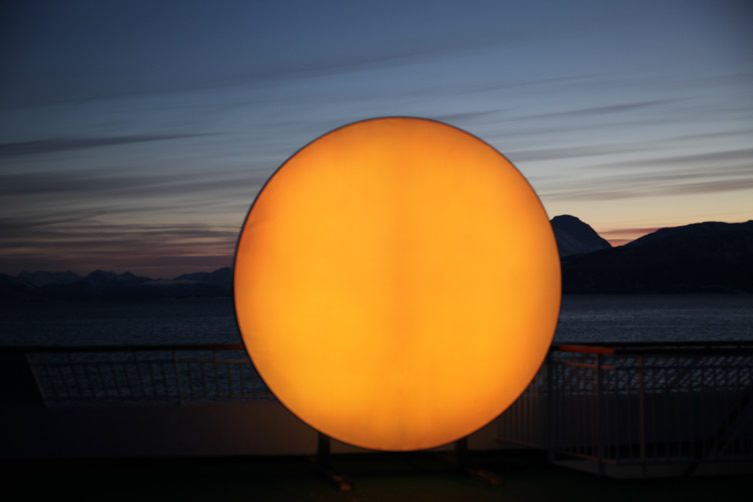 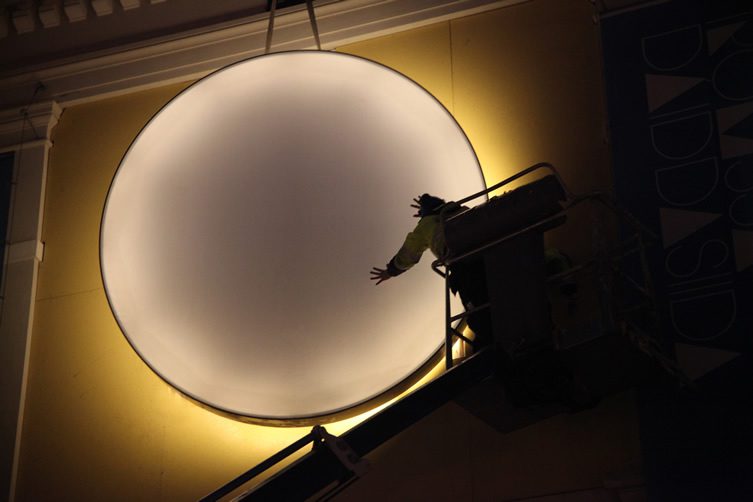 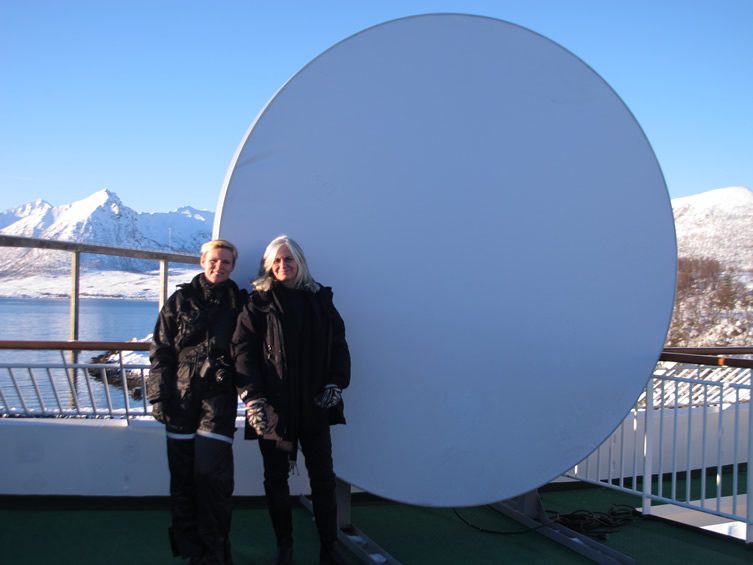