RCA graduate Hilda Hellström is a living embodiment of the blurred line that exists between design and art, her work is deeply meaningful, complex, beautiful. There’s a weight and gravitas to her pieces that evoke the Rococo movement, Ancient Greece and futurist fantasy in equal measures – an otherworldliness and unsettling mystique run through Hellström’s ongoing Sedimentation series and Swarovski-commissioned sculpture, The Monument. Focussed on both craft and meaning, the daughter of a psychoanalyst and carpenter is fascinated with shock and surprise, emotions that are conveyed in her Jesmonite sculptures.

For Hellström’s graduation piece, The Materiality of a Natural Disaster, the Swedish-born designer crafted a collection made from soil collected inside the Fukushima-Daiichi exclusion zone. Recounting the story of the last man living behind the border, the work is the epitome of process-led object making – a heartfelt backdrop relayed through emotional pieces. Designer. Artist. Storyteller. Hilda Hellström is a striking talent shining amongst a world conditioned by aesthetic-first design. We caught up with Hilda for a quick chat… 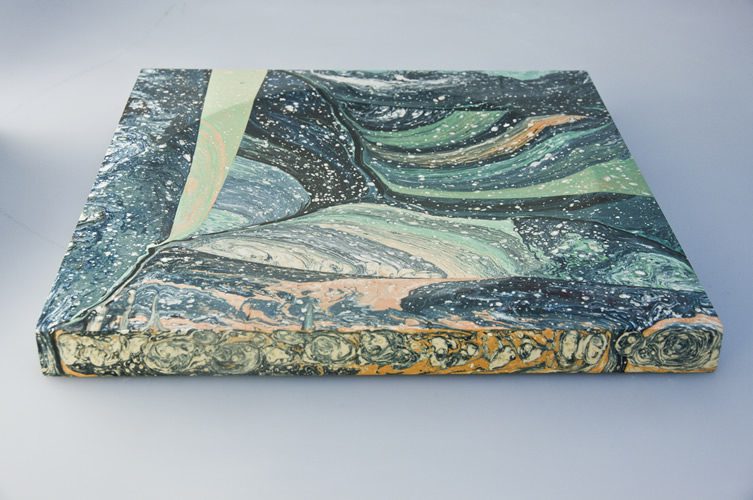 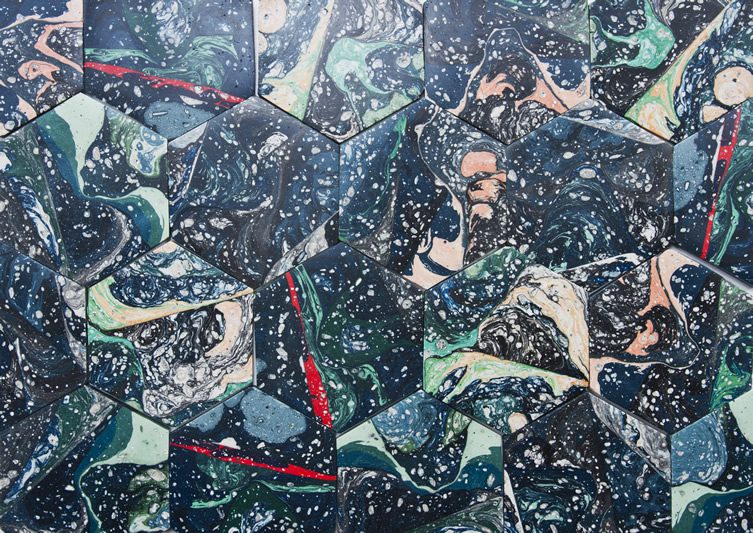 Hi Hilda, can you tell us a little bit about yourself?

I’m a 28 year-ld London-based, Swedish-born RCA graduate. My practice is often craft-based and independent, with a focus on process and a philosophical examination of the themes behind the work. I’m preoccupied with things that shock and surprise, and in situations that elevate the soul. Sometimes I call myself an analytic craftswoman, a combination that comes from having a psychoanalyst mother and carpenter father. I like to see my work as manifestations that makes fiction, truth, and different realities come together.

Your work straddles that fine line between art and design – where do you see yourself?

Previously I haven’t been too preoccupied with defining my practice because to me it doesn’t really matter what I call myself. But I’ve come to realise it’s a matter of communicating with other people and sometimes it’s been confusing with both the titles designer and artist. I think I’m most comfortable with calling myself a sculptor, but I always and only have been working within a design context. 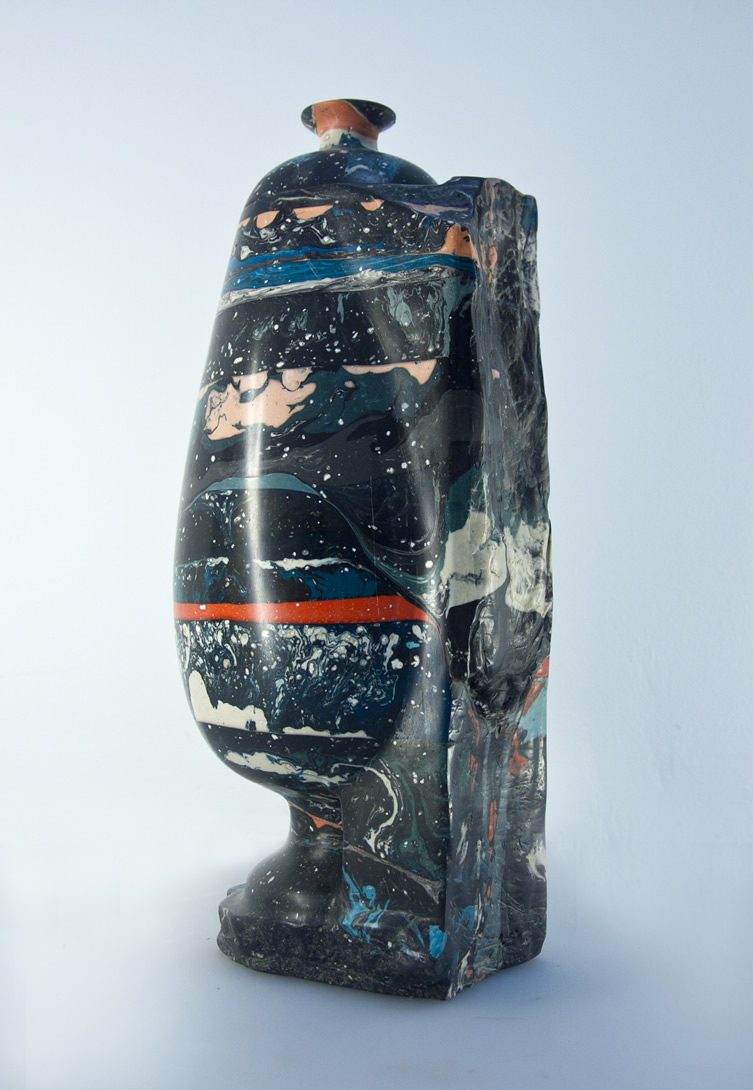 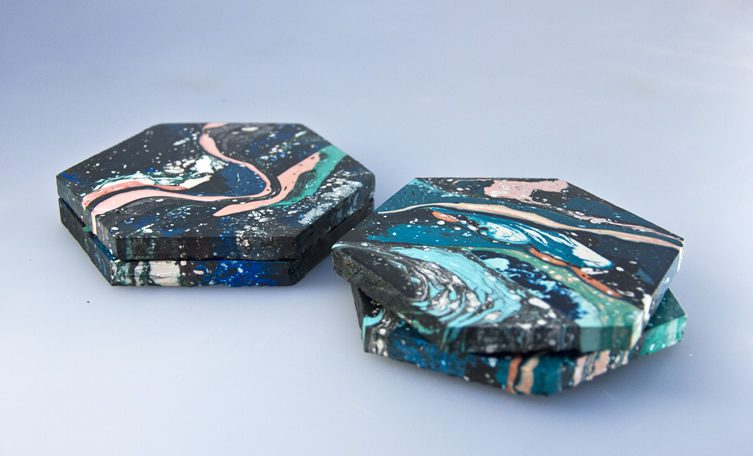 How do you find working in London different to Sweden, your work still seems very mystical, very Scandinavian fantasy – are there British cultural idiosyncrasies that inform your work?

Ha ha, that’s a misconception. I would rather say the oposite, that the British culture is much more about fairytales and storytelling than the Scandinavian one. Of course there are a few Scandinavian traditions deriving from pagan rituals but the original meaning is unfortunately (or luckily?) long lost. To generalise what my Swedish peers are doing, they work with either socio-political questions or super-function. I would say that my interests are utterly shaped by growing up in the countryside, regardless of country, but most importantly being based in London where my type of work has a place and a function.

Oh no, I can’t decide! Either Paris by the end of the 18th century during the Romantic Era or in the 1890s and take part of Salon de la Rose + Croix together with the Symbolists. Or perhaps to go to Cabaret Voltaire in Zurich with Tristan Tzara and other Dadaists in the 1910s. 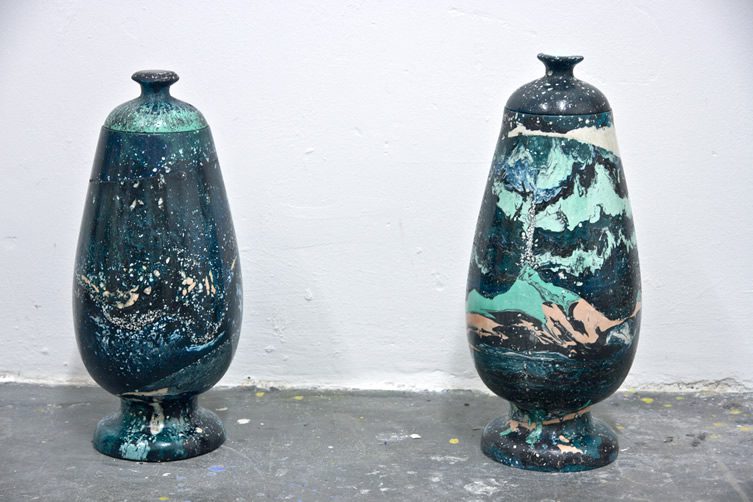 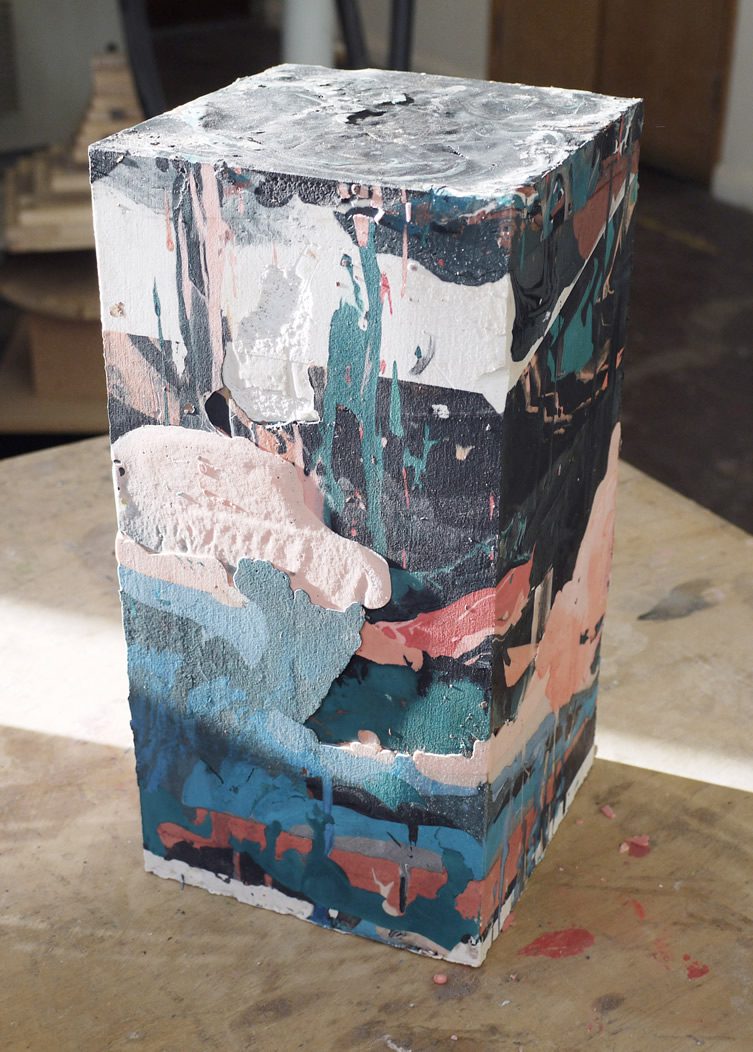 Who, or what, inspires you?

First on the list must be Phenomenology and the way it examines how we experience reality, subjectivity and consciousness. Then the rationale behind the irrational, the sublime, the uncanny, extreme vastness, conspiracy theories and anthropology.

What’s next for Hilda Hellström?

Lots! I just got back from a 2 months artist residency in Scotland where I’ve developed a new, still secret, not completed, project. I also just finished a commission for a collector in London where I created 200 tiles for a wall in his garden. For September I was commissioned by Vienna Design Week to create an installation in a backyard that includes liquid pewter and heat. In September I’m also taking part of an exhibition at Gallery S Bensimon in Paris with a few pieces from my Sedimentation series. For October I’m showing the project I created in Fukushima at MUDAC in Lausanne. Swarovski will also be showing my piece The Monument alongside Maarten Baas’ creation for them during Shanghai Design Festival and will also be part of an exhibition at Tramway in Glasgow.

I’m one of five members of the artist feminist group DNK in Sweden and in the beginning of October we will have a 5 days seminar with happenings and discussions around the topic ‘feminism and art’ at MiniBar ArtSpace in Stockholm. I’m also taking part of the week long seminar INresidence in Turin in mid-october, where I partly will hold workshops for students and be part of panel discussions about design. In November I’m off for a month long residency at Fondazione MACC Museo d’Arte Conteporanea, Calasetta with three friends to create a collaborative project. After that I will hopefully be albe to be a bit more in London to focus on new things. 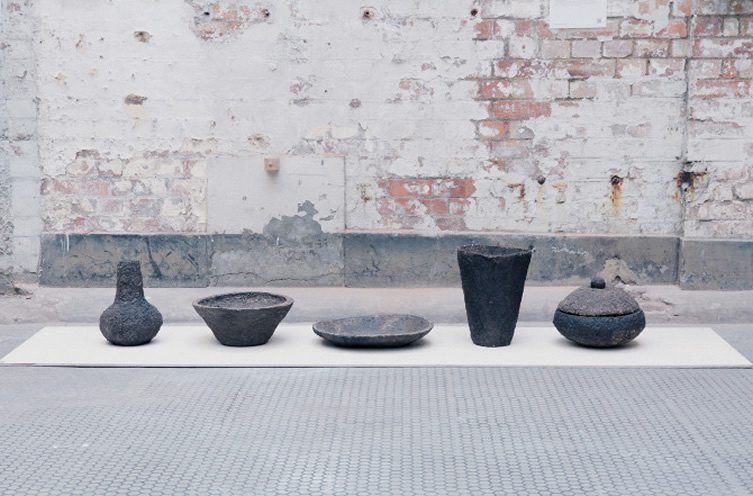 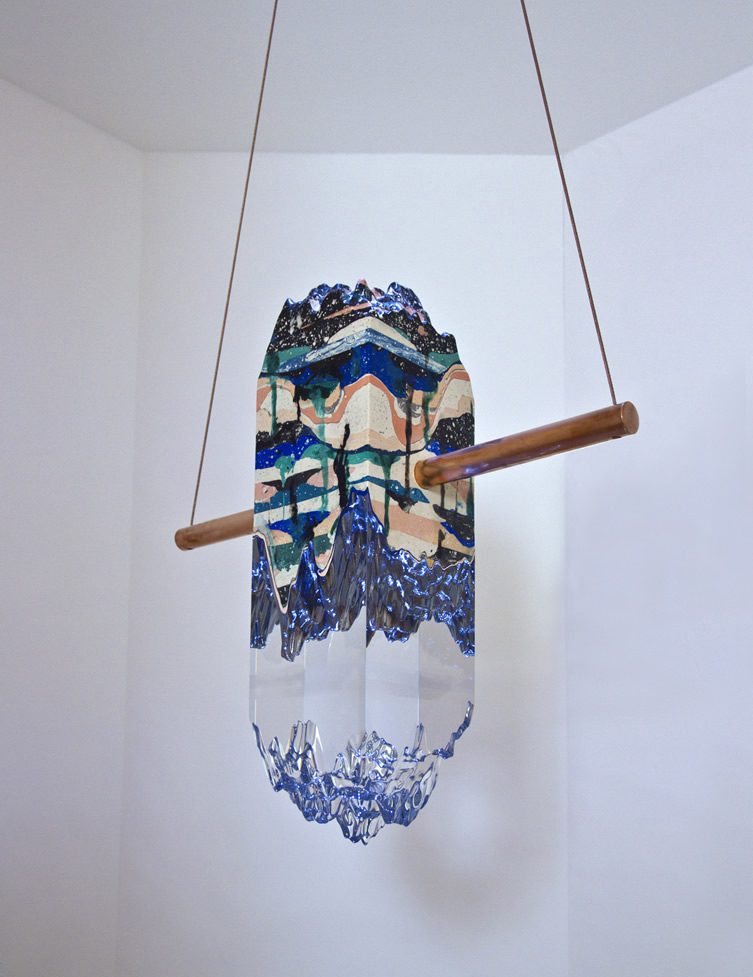 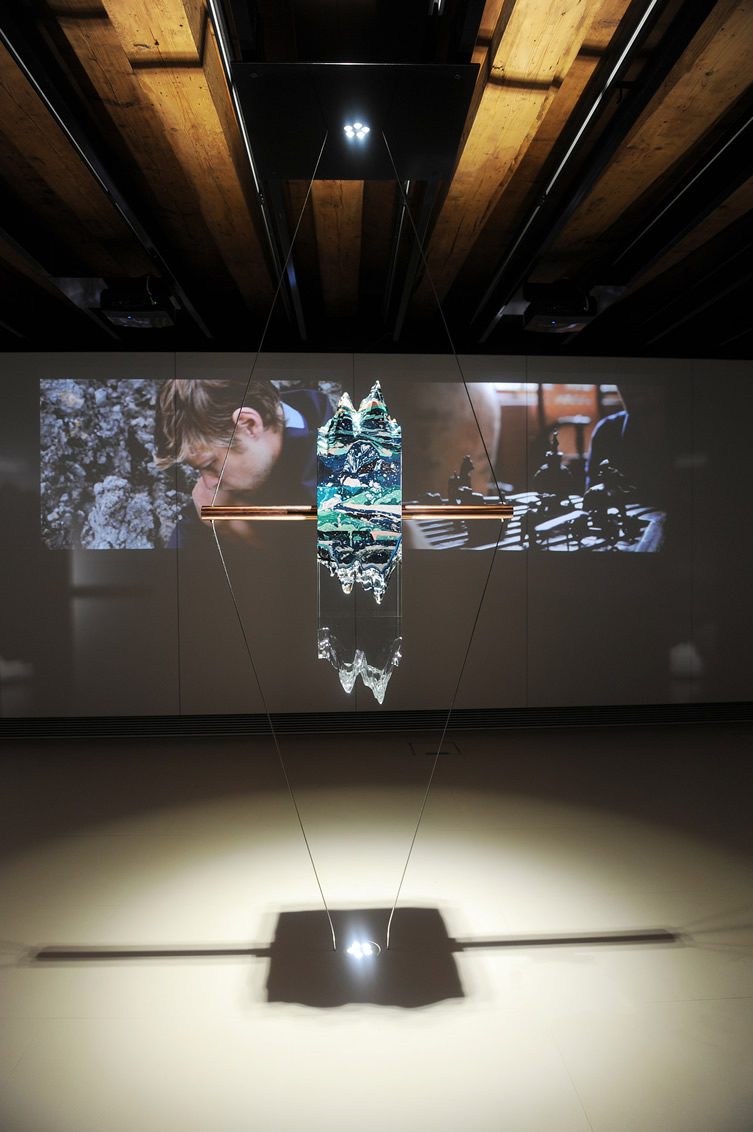 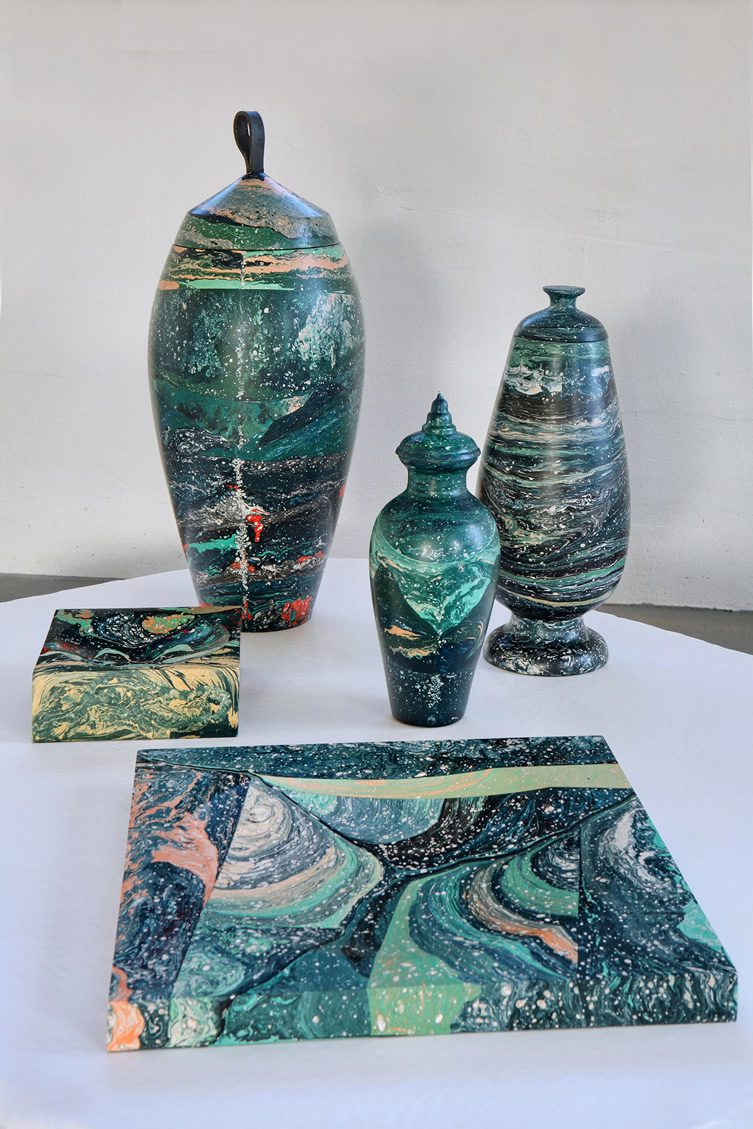