Rules, protocols, accepted conventions, norms… BORING! Whatever your opinion of The xx, they’re a 21st century band doing it entirely their own way. Free from the shackles of guitar band ritual, the Wandsworth trio have dared to craft their own style in a world saturated with imitation. The fact that their music remains largely divisive is a tribute to their unflinching drive for originality, a drive that’s ensured their position as one of the most in-demand bands of today. Headlining the Other Stage at this year’s Glastonbury, their poignant minimalism interspersed with periods of silence was a barren, beautiful antidote to the ‘more is more’ battering ram of sound, light and spectacle employed by so many who occupy similarly prominent spots.

This is a band who are architects of their own destiny; image, sound, emotion, moments – The xx want you in their world, and across eight days and 18 performances at this year’s Manchester International Festival, that’s exactly where they transported 1,080 fans. That’s 1,080 fans across 18 performances, 420 less than the capacity of a single relatively intimate show at Manchester’s The Ritz, which they also play during the festival. Many, many thousands less than watched on during their Glastonbury headline slot. For those weak in the mathematical department, that’s 60 per show. That’s intimate. Very, intimate. 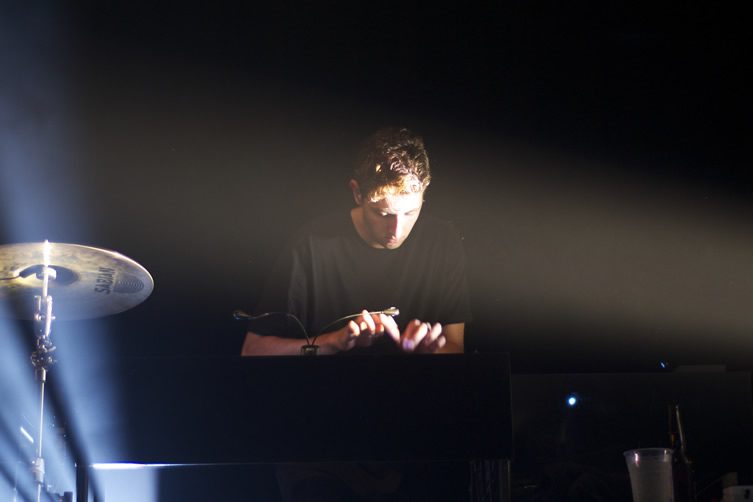 The xx In Residence was just one of the countless original events taking place during a spectacular 18 days and nights in Manchester. It’s testament to the Manchester International Festival’s growing reputation that a band as in demand as The xx were prepared to commit themselves so wholeheartedly to such an intense schedule, sometimes playing three shows in a day. But then, architects of their own destiny, this is the trio’s commitment to cocooning you in their delicate world of minimalism and raw emotion.

And what of their world? Secret, and subterranean. Clandestine fantasy. Dark and light collide. We meet at Manchester’s Victoria train station and are led, through a holding room, into a network of tunnels. We’re instructed to turn off our phones. Strictly no photography. Enjoy the moment. Their moment. Then, a room, perfectly square, a sunken transparent stage, underlit. Romy Madley Croft is centimetres away from me, Oliver Sim to her right, Jamie Smith – surrounded by a profusion of electronic and percussive devices – to their rear. 60 people surround the band, only one or two deep. No eye contact is made, no smiles, acknowledgement of the audience. This is theatre. The sound is spectacularly clear, but the intimacy is such that I can hear the strings of Romy’s electric guitar clearly. It’s voyeuristic, deeply personal, the moment personifies the intimacy of their sound perfectly. This is their world, we’ve merely caught them in the act.

The white walls of this underground cube act as a backdrop for increasingly erratic lighting, Romy and Oliver’s famous chemistry heightens the tension in the room, the volume steadily increases. The band plough through remixed versions of fragile modern classics from Coexist and their 2009 debut. “Can I make it better, with the lights turned on” croaks Romy on Shelter. It’s touching, dramatic, anthemic. Bang. The white walls crash around us. The ceiling flies high above us. The space is no longer a claustrophobic white cube, but barren, industrial, cavernous. It feels like the footings of a skyscraper, breeze-blocks towering around us.

This is their world. Close, intimate, claustrophobic, but at once capable of raising roofs, of scaling untold heights. Searing. Delicate. Romy’s echo-drenched guitar transcends the space, the ceiling comes hurtling back towards us, it’s closer than ever, it’s touching my head. Then it’s over, Oliver thanks us, their first and only interaction, and we’re led away. A moment in time. This is their world. 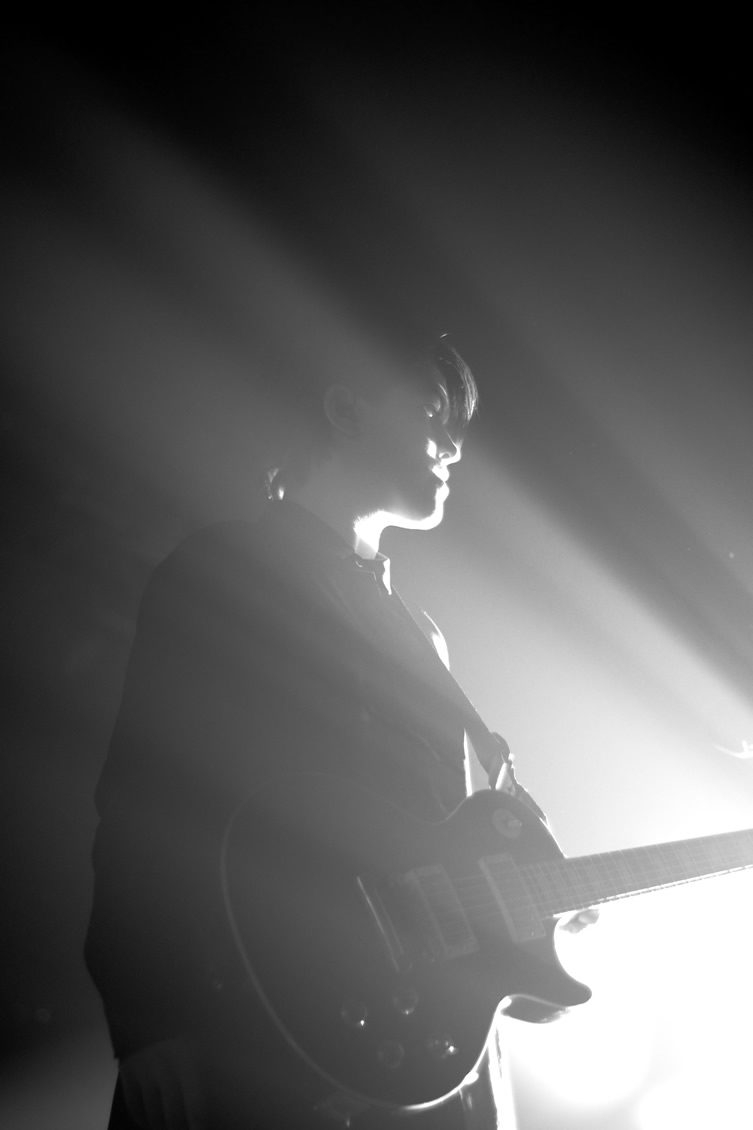