Contemporary artist Grayson Perry’s alternative take on the British class system, In the Best Possible Taste, was one of the TV hits of last year, and coincided with a series of epic scale woven tapestries on the topic, inspired by Hogarth ‘s The Rake’s Progress. This collection of six tableaux, The Vanity of Small Differences, is in the process of touring the country to great acclaim, and now there’s a book out as well.

So what’s new? We’re particularly interested in the sketchbook material that has been included (much of which we’re exclusively presenting right here), which ranges from simple doodles to fully inked scenes, complete with handwritten notes from Perry reminding himself how he intended to develop characters, add in details later or just bounce ideas off himself. As well as that, the book brings the huge Flanders-woven tapestries off the gallery wall and down to a size that sits stylishly cloth-bound on a coffee table (or in the downstairs loo, depending on which social class you reside in), and there are essays by Adam Lowe, Suzanne Moore and Perry to accompany the works. Hayward Publishing have produced the book, and you can get a copy for a very reasonable 15 quid from The Southbank Centre’s online shop. 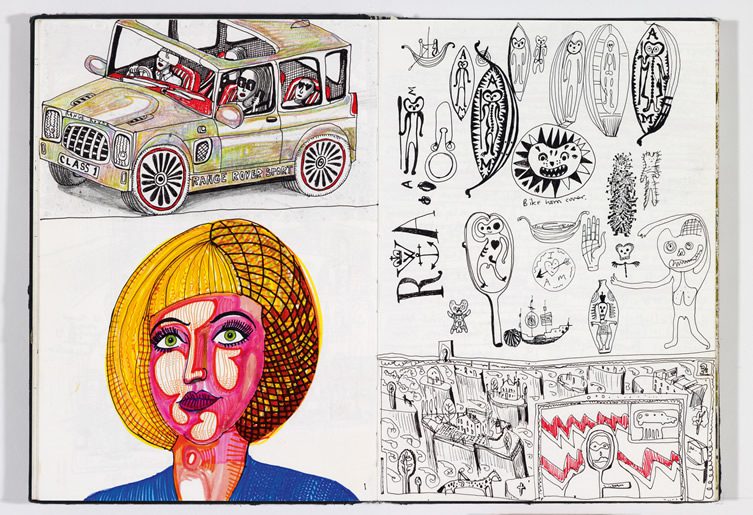 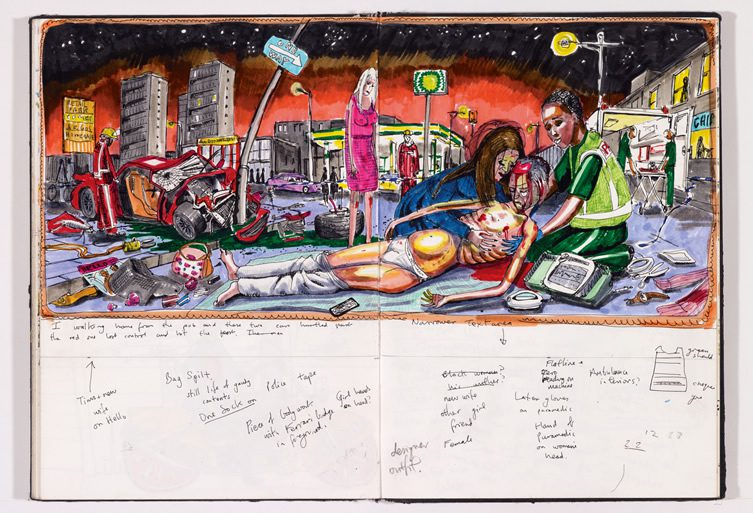 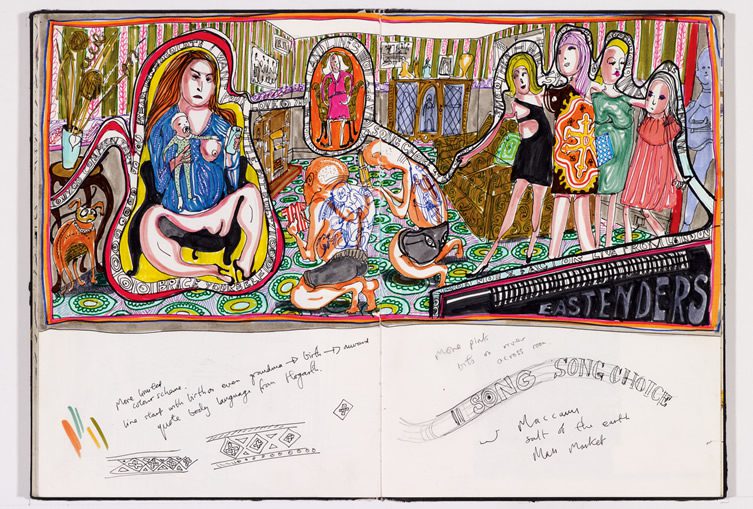 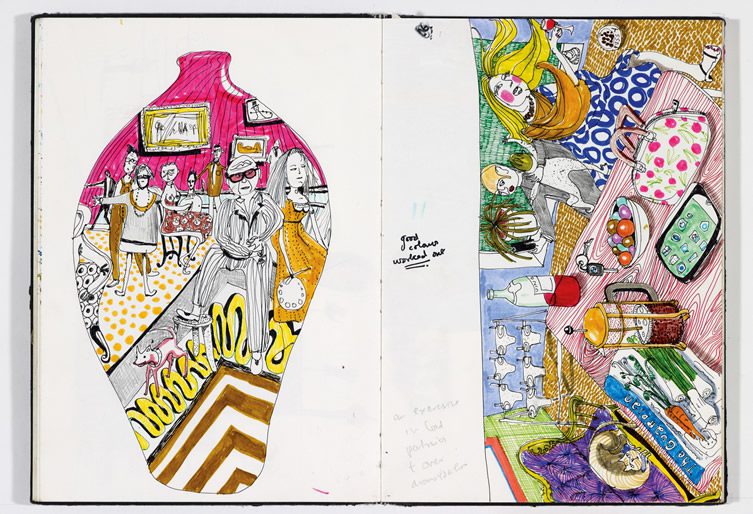 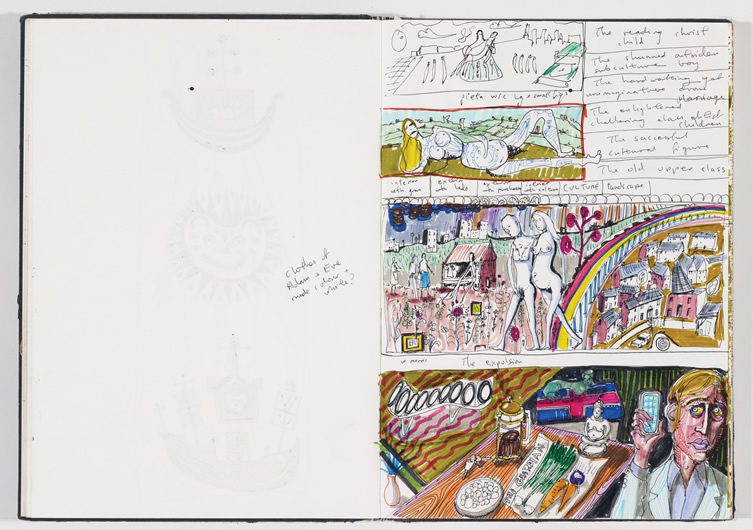 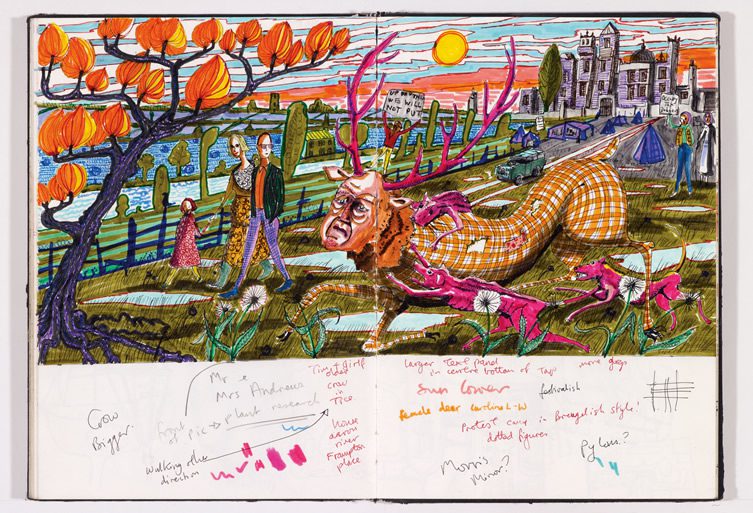 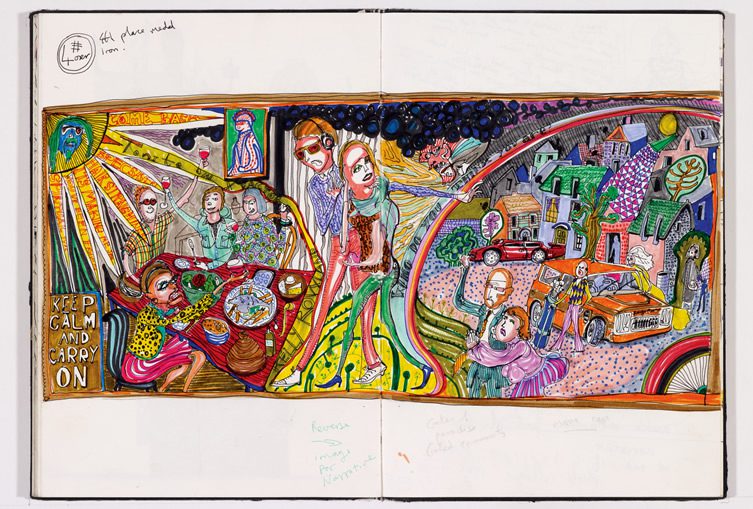 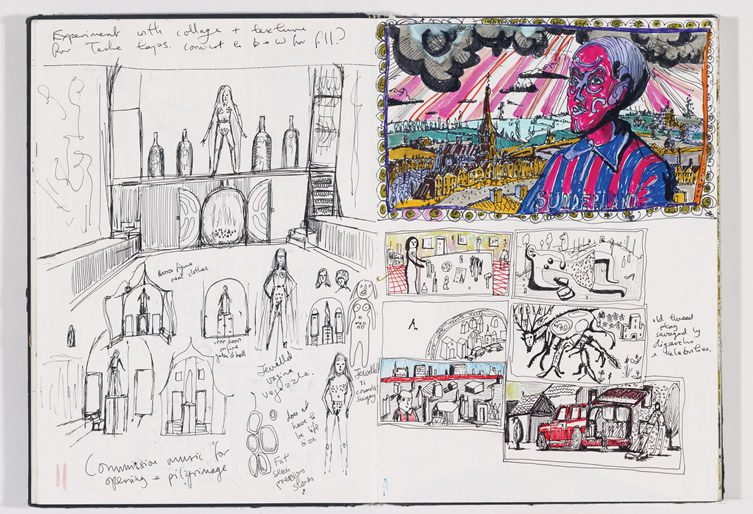 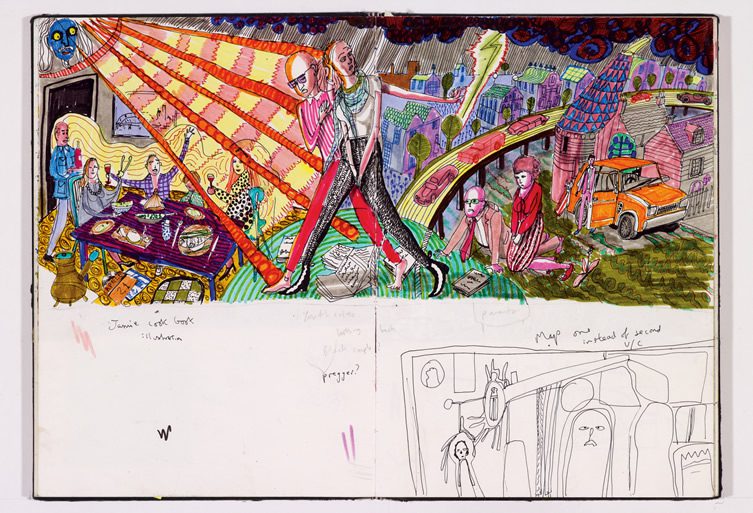 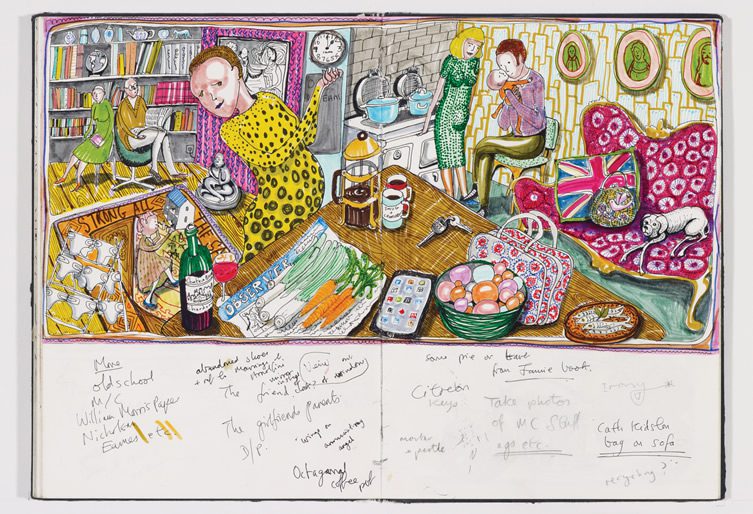