There’s a school of thought that a lot of contemporary art is “a load of hot air”, at least that’s what the oxygen-wasting Mail readers will tell you about the latest Turner Prize nominees, but there appears to be somewhat of a trend for art that really is a load of hot air. Winner of aforementioned award and all-round fine mind of conceptual art, Jeremy Deller, brought inflatable art to the public consciousness last year – his bouncy-castle Stonehenge lookalike, Sacrilege, perhaps the most significant of the various cultural shenanigans that surrounded London 2012.

That work, amongst other pumped-up installations, is on display in Hong Kong as part of Mobile M+: Inflation! – a collection of six gigantic inflatable sculptures that include unconventional American artist Paul McCarthy’s Complex Pile, a 51 foot-high, 110 foot-long turd that previously went under the more literal title of Complex Shit. Puns for the state of modern art can be left in the comments section below, we’ll forward them onto the Daily Mail on your behalf.

From the repugnant to the resplendent, Tomás Saraceno’s Poetic Cosmos of the Breath is easily the most fantastical of all works on display, but don’t bank on seeing it in all its glory on any given day. The Argentinian artist’s diaphanous solar dome depends on certain climatic conditions, the thin foil membrane only rising when heated by a greenhouse-like effect and aided by a handful of participants – it brings a whole new meaning to temporary artworks and makes it all the more magical when in full flow. Talking of temporary works, Mobile M+: Inflation! is only around until 9th June but is part of Mobile M+, a wider programme of ‘nomadic’ exhibitions and events curated by the city’s major new arts venue M+, which is scheduled to open late-2017. Catch them while you can. 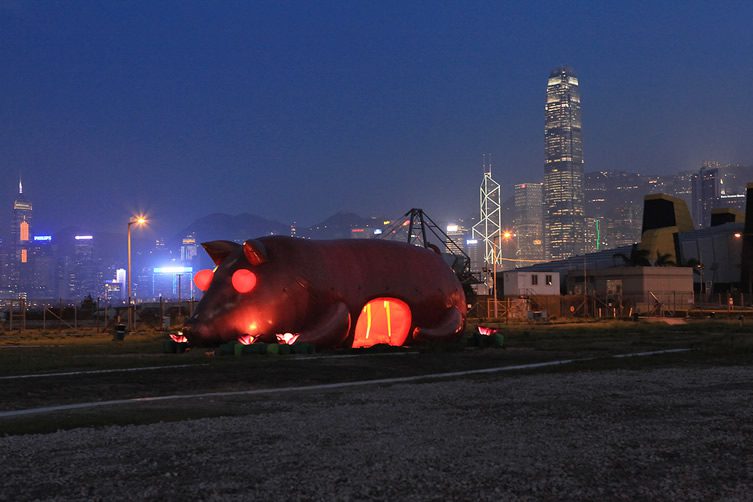 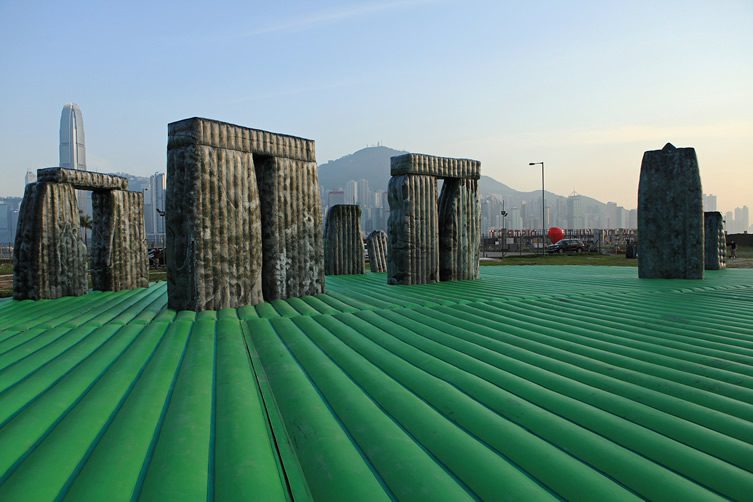 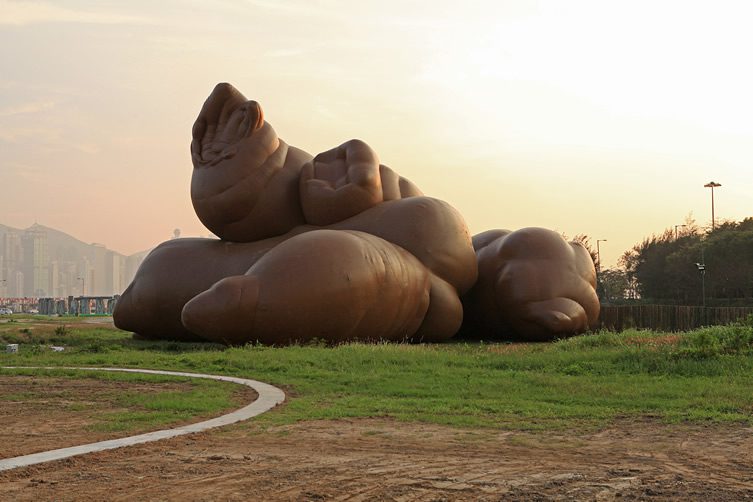 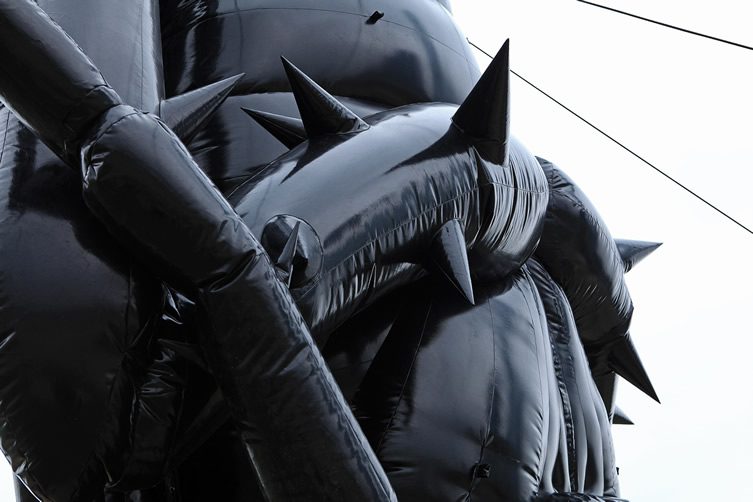 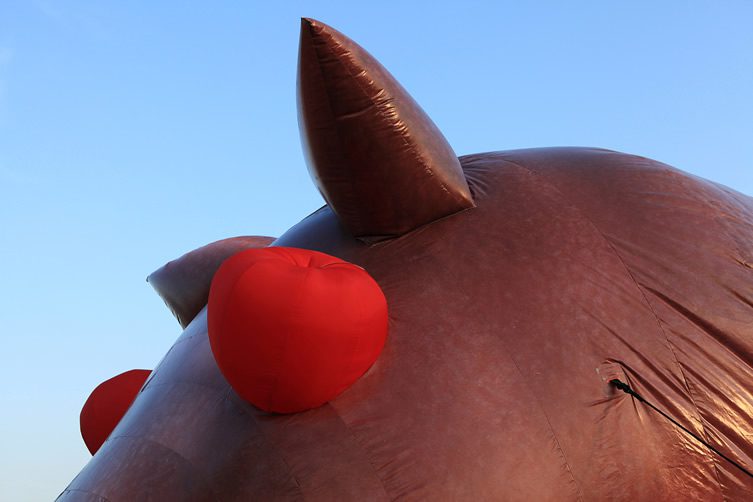 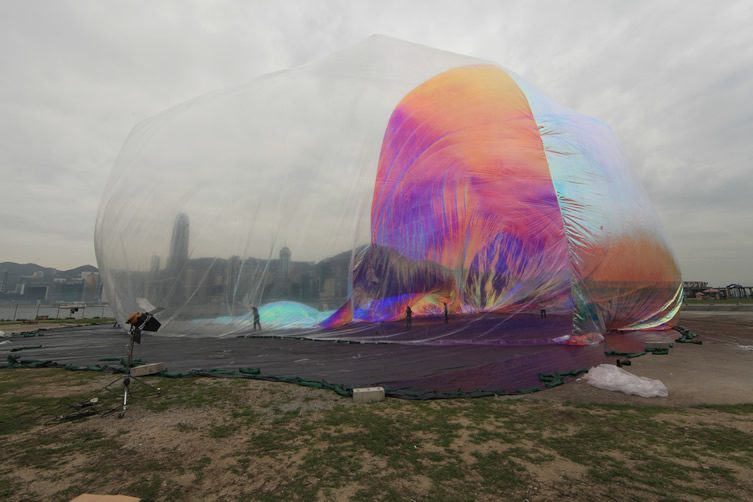 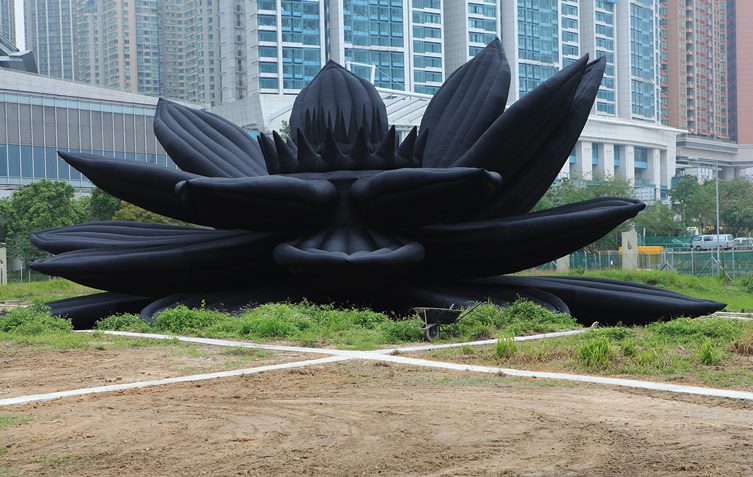 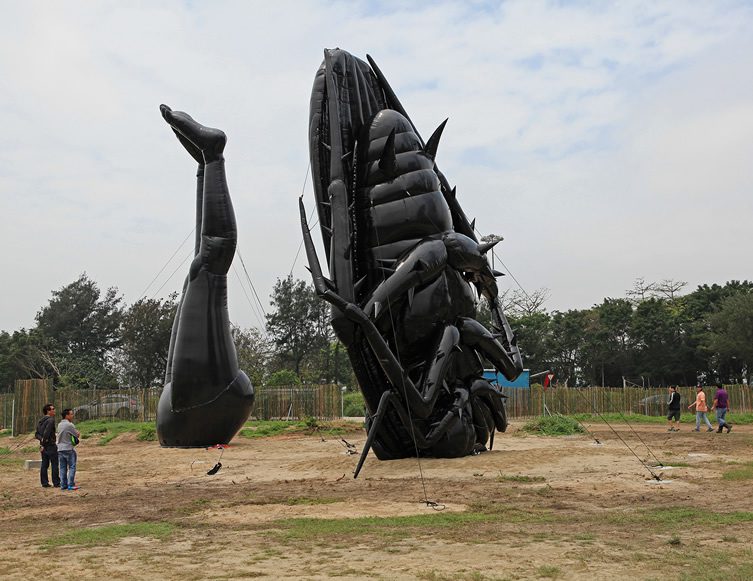 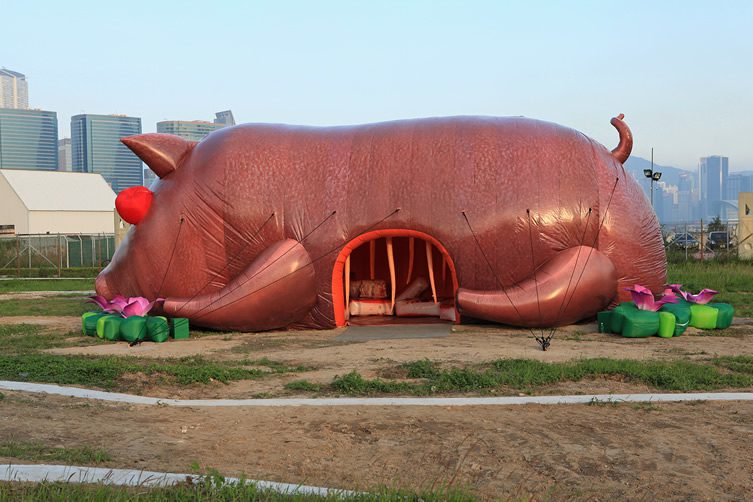 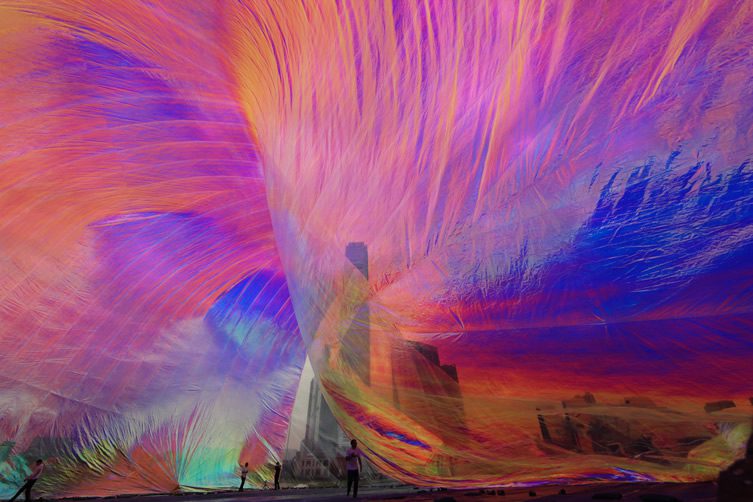 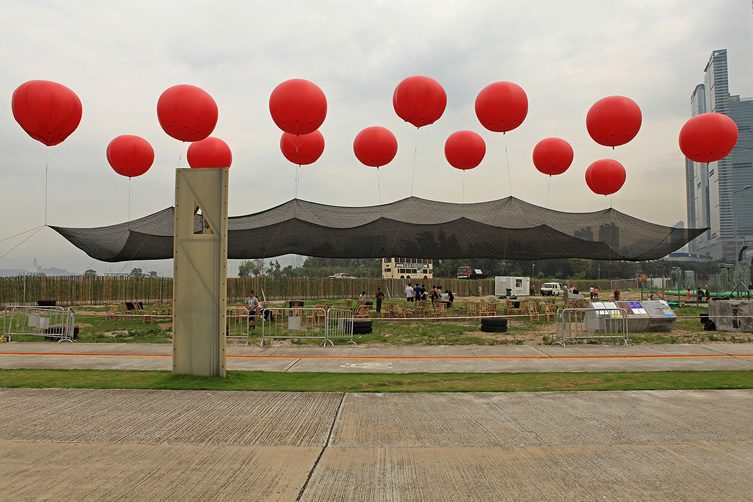 Jiakun Architects,
With the Wind