What first sucked us into Welsh artist Osian Efnisien’s world was his ability to create ridiculously cute characters, from just the simplest of swipes of his felt-tip pens. Somewhat new to the character, illustration and art scene, Efnisien was one of the twenty-seven speakers at this year’s Pictoplasma festival. They have a knack for spotting great talent those boys!

On the surface, the tiny little space kittens appear as eye-candy for girly girls and Japanese pop-culture fanatics – a fan actually had one of his bunnies tattooed on her wrist that very weekend – yet underneath there lives a world influenced by scientific curiosity and meta-physical thinking. Deep talk of telescopes, the cosmos and humanities open up a whole new virtual world from which he creates. We were lucky enough to grab Osian inbetween the talks, exhibitions (and of course parties) for one of those deep talks, getting to know a bit more about his life, work and where it’s all going… 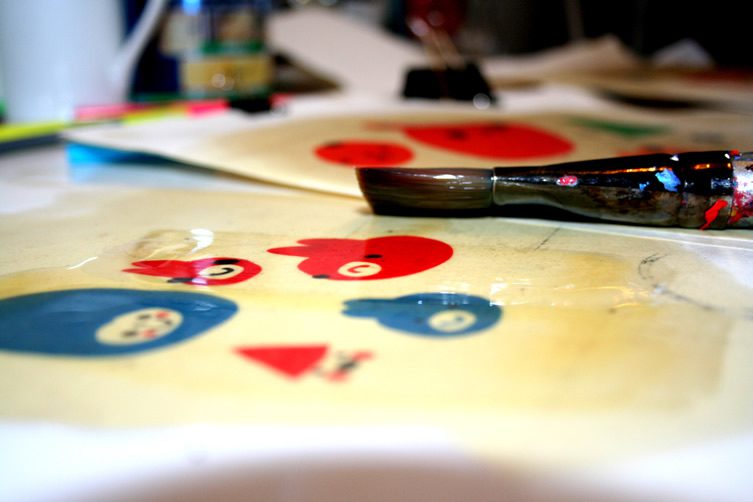 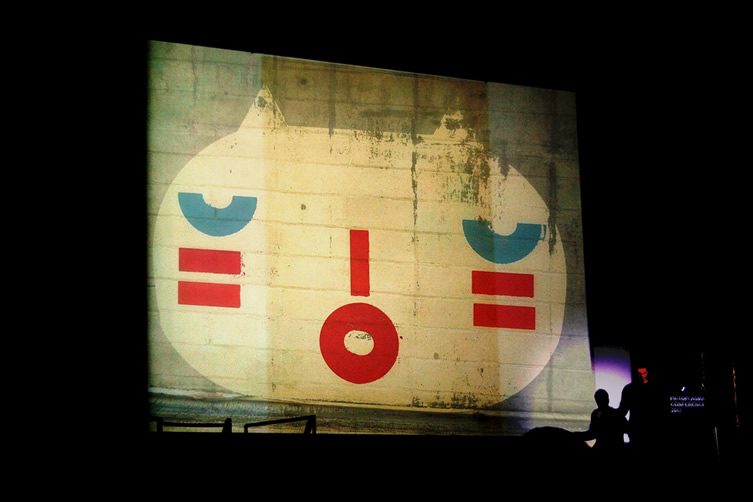 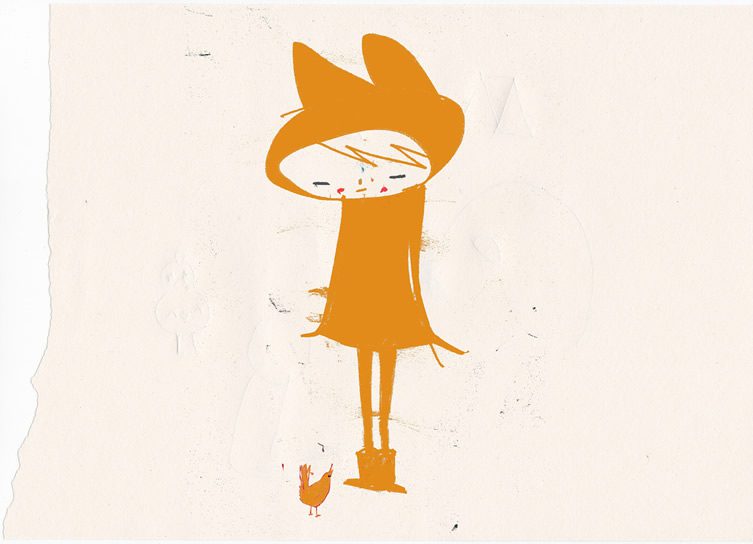 Tell us about yourself: where do live, what you like, where you want to go and maybe where you might be in 40 years time?

Well, I’m from the mountains, a poor simple country boy who recently moved to the north of England, not far from Manchester. I like coffee, mini Mars bars, chips, cous-cous and wasabi-flavoured crisps (but not all at the same time). I used to have really cool hair but recently, with the advent of the “natural” look, and the humble hair gel’s fall from grace, it has evolved into a mass of cows-licks and back-swooshes. I spend quite a lot of time trying to tame it and flatten it down as best as I can.

I would love, love, love to visit Japan. To immerse myself in its culture, to collaborate with artists, to produce tons of work… it would be interesting to see what’d happen by me feeding on whatever influences I’ve gathered either directly or indirectly.

In 40 years time I’ll be standing on a distant planet, far from earth, staring at three blue suns blazing in a scarlet sky, drinking pan-galactic gargle blasters with a few friends. But I’d settle for a ramshackle little farmhouse in the country, with lots of books and a tree to read them beneath. 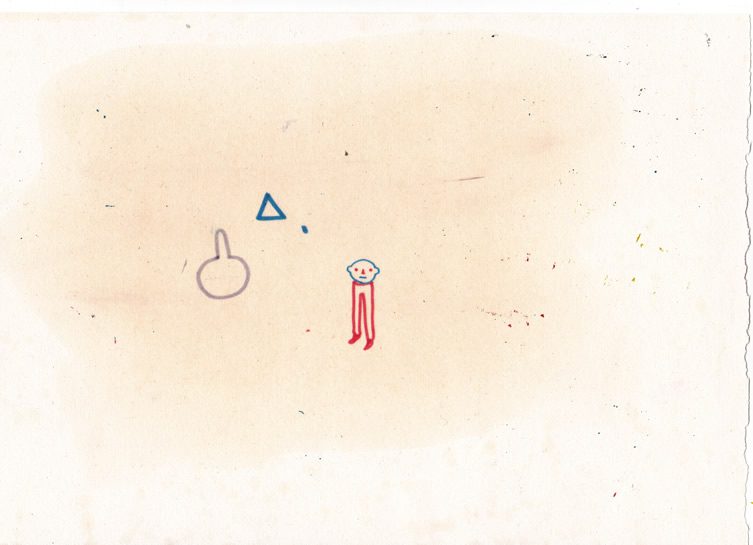 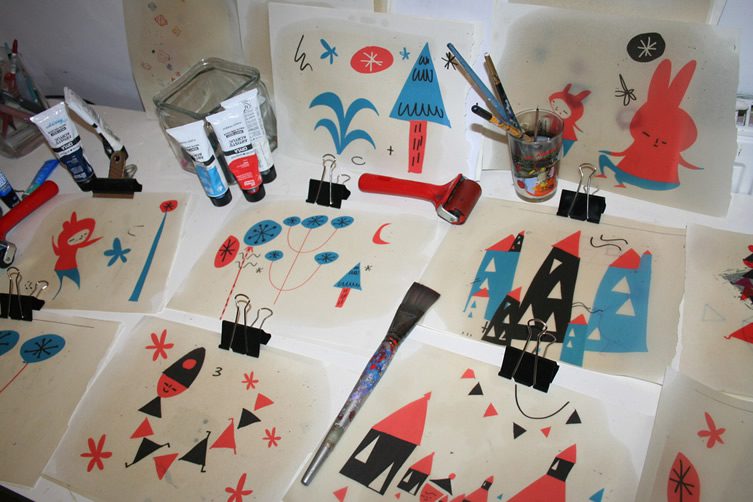 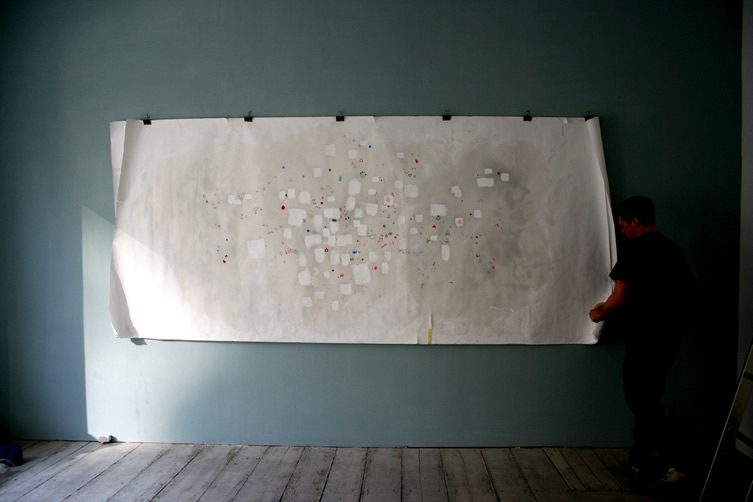 Where do you get your inspiration from?

Space has always fascinated me. The sheer inconceivable scale of things, and that those things can be infinitely tiny as well as infinitely large. The fact that we are made up of elements forged in the hearts of the stars and that one day those same atoms, the atoms we are made of, once they leave us, will make their way back into the wider cosmos and eventually form new stars – is all very cosmic!

What makes me put pen to paper and draw is a kind of compulsion. I’m just wired to draw. I can’t stop. Its like a kind of a tic! I can’t tell you how many pairs of trousers I’ve ruined by drawing all over them without noticing. My work is all very much to do with the human subconscious so it is made up of consciously random elements. I tend to draw whatever is fleeting through my mind at that moment, so I guess the things I watch, read and encounter in my day-to-day life. I watch a lot of popular science stuff on YouTube, anything with Richard Fineman in it, cosmos by Carl Sagan is a big fave of mine as is anything to do with nature. I like dinosaurs a lot and peanut butter. If you look closely at my drawings, you might occasionally spot little doodles of bits of toast.

The very old Disney cartoons are awesome (and kind of creepy) and there seems to be lots of cats on the internet these days, which I like. The deeper reasoning behind everything is more esoteric and derived ultimately form a need to understand the true nature of consciousness and the universe, which gave rise to it. As I’m an artist, not a philosopher or scientist, the only way I can express all this outwardly is by staring at the stars and scribbling on the cave wall (so to speak).

Japanese popular culture has been noted as a big influence of yours. How accurate is that statement?

Very, the Japanese aesthetic has been a huge influence. Artists such as Hayao Miyazaki and Takashi Murakami in addition to the whole “Kawaii” or “cute” culture were (and are) massive inspirations. I can spend hours watching and re-watching the Studio Ghibli films and I’m completely in love with Mameshiba (little animated shorts starring various super-cute talking beans). 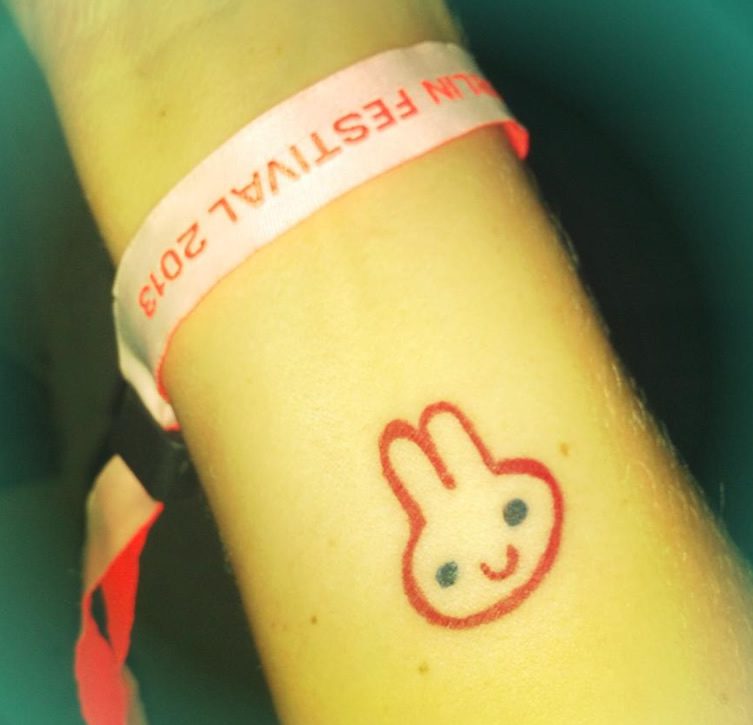 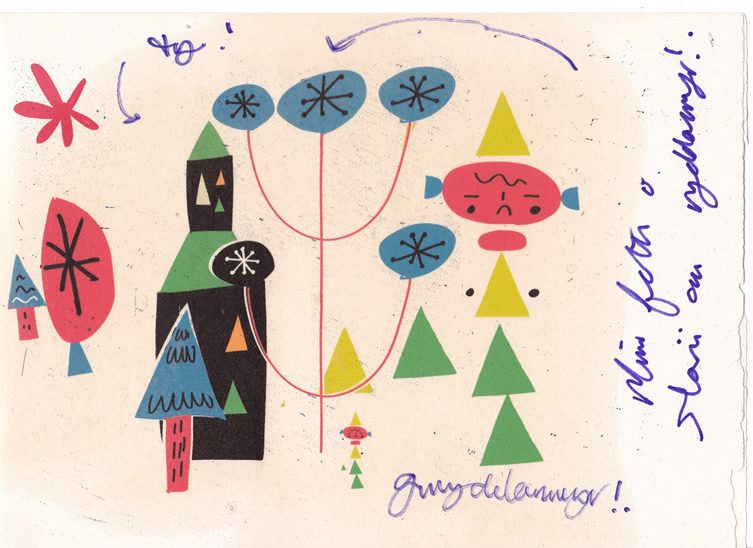 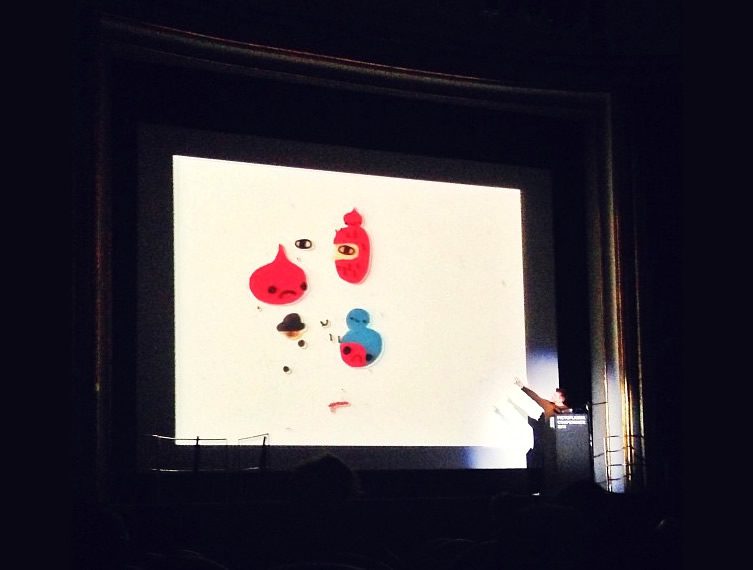 The paper stock you use has a retro-filter quality to it, looks right nice, what is it?

It’s the same paper as the huge rolls they’d let you tear from at primary school so it really is kind of retro! I’ve only managed to track down one tiny little shop in North Wales that still sells it, they wont tell me where they get it in case I go straight to the supplier! I like it because it’s a yellow-white as opposed to the blue-white which seems to make up the majority of kids paper pads these days. It has a really warm feel to it with a slightly rough texture, perfect for felt-tips.

We like your tiny culture of art, any plans to make it move?

Yes, I think including motion of some sort would be a natural progression for my work. Although animation is a totally different discipline to that which I’m not used to. It would have to be a collaboration of some sort. The scope and potential for different sorts of humour, interactions and visual impact within animation is endless. And experimenting with different media invariably leads in exiting and unforeseen directions, so it’s definitely something I’ll be pursuing… watch this space! 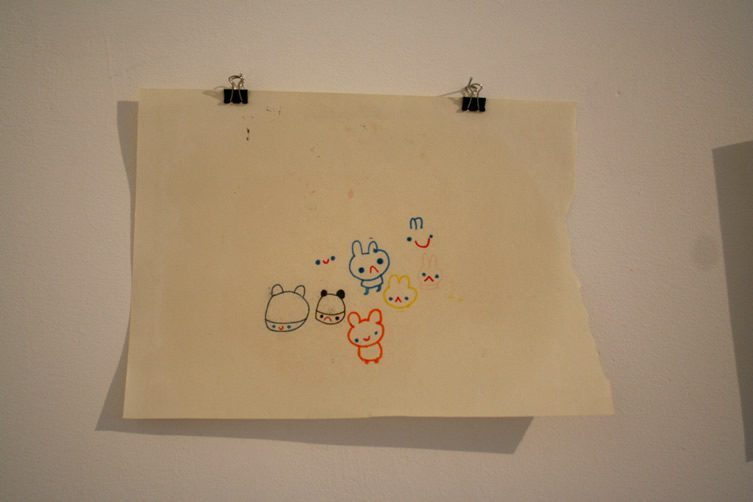 All images courtesy and © Osian Efnisien,
unless otherwise stated.