If the unveiling last month of the Wraith, Rolls Royce’s latest contribution to the art of the perfectly made, proves as momentous an occasion as was the launch of both Phantom (I and II) and Ghost, another 21st century landmark, then, in the idea of automated luxury, it will not be just because we were simply introduced to a car, however fine and beautiful, whatever the extent of its envelope busting technologies, its power, its championing of the handcrafted, the one-off. At least not for me.

See, a Rolls Royce is more than just a car. In fact, as a rare thing in the world, and notwithstanding the fact that its popularity in Asia and the Middle East sees sales once again matching heights last hit back in the days when rock was roll, a Rolls Royce made car is the antithesis of Henry Ford’s dictum that the cars a car manufacturer makes ought to be affordable to the people who make them. In 2011, Rolls Royce sold 3,538 cars. Costing from anything between a super-yacht and a country house, I’d wager that none went to the people – the designers, technicians, engineers and craftspeople at Goodwood, Rolls Royce’s motor factory – who made them. I’d even bet my own car (not much of a bet) on the fact that not a single one of last month’s visiting journalist’s will be among the select few to have already placed an order for the newly born Wraith. It is not ours to own. 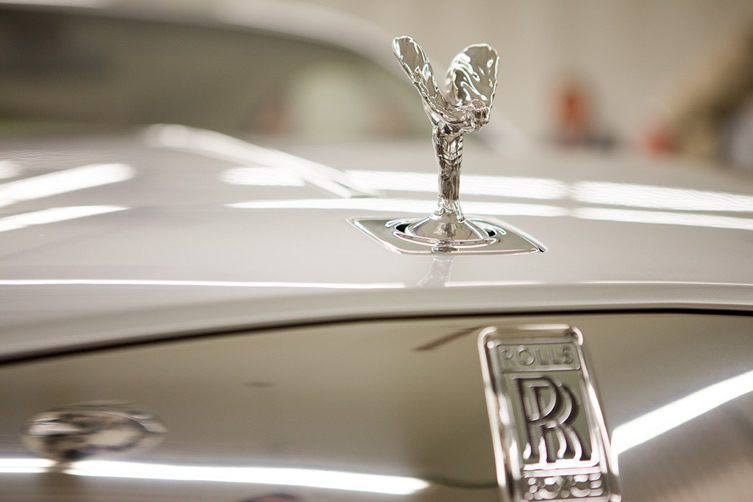 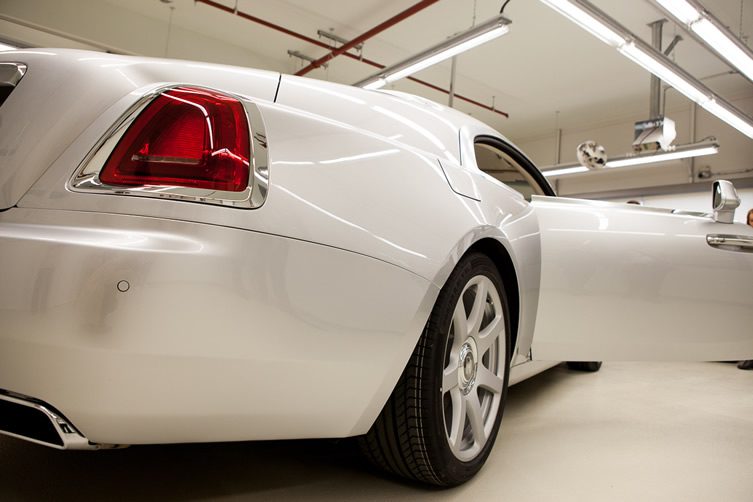 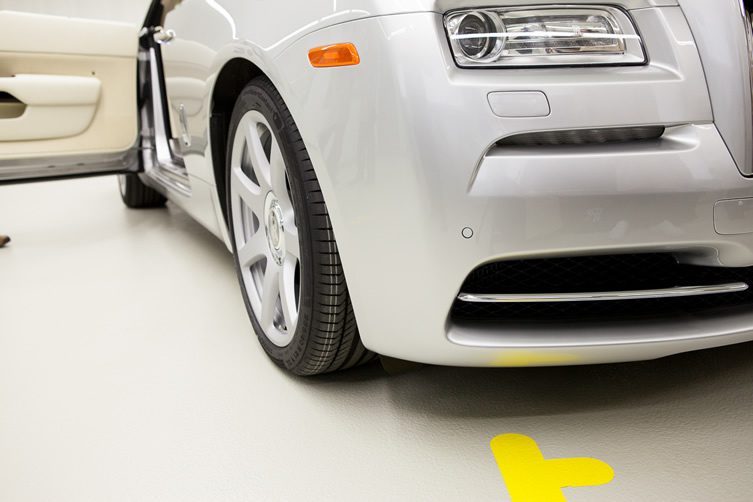 Which, like it or not, is exactly the point: literally unaffordable, made-to-order, each customised to the prospective owners specifications, un-fashionable, a car for life, a Rolls Royce is not, for the sane majority, a thing to be coveted. Desire and let me say now: you will be disappointed – bitterly. Better, then, that, much as you might appreciate a jet aeroplane, or a beautiful public museum, or the fact that we have made it to the moon and back, so perhaps, instead of recompensing your lack of Rolls with yet another (insert favourite financially manageable consumable), you ought simply to enjoy the fact that it should exist at all? If there is indeed something beyond desire, then why not a car you can’t have but will love all the same? Shucks, it’s a religion made of steel, engine, the digital and a selection of top grade natural materials.

So, my mantra: enjoy, admire, bask vicariously in the fact of its existence – and don’t pass up an invitation to witness something like the Wraith come to life. Goodwood is a special place, a home to the work of rare individuals, and it’s decent. If you’re lucky, and you arrive by train, there’ll be a chauffeur driven Ghost to pick you up, the drive from station to factory not unlike the experience of sharing a glass of champagne with George Clooney, smoking a long cigarette and laughing about something you both did in a hot tub in Istanbul. You’ll have breakfast (or lunch) – locally sourced produce, anyone sitting anywhere. Somebody’ll say a few words; make it sound like the Wraith just happened out of thin air. You’ll don a beige coat. You’ll be shown around. You’ll meet the car, touch it, sit in it, and marvel at the fact that Rolls Royce has finally added the phrase ‘super-sexy sports’ to its roster of carefully selected car descriptives. You’ll stay as long as you like.

Afterwards, the Wraith safely back behind closed doors, and before another dream back to Chichester station, you may, if you stand around in the right place, and look like you could do with a bloody good drive, get to take a Phantom Series II out for a spin – just you, a couple of mates, down English roads made of hedgerows, corners and lines from a poem by Siegfried Sassoon. You’ll smile. And you’ll laugh. And you won’t once dream of owning one. Promise. 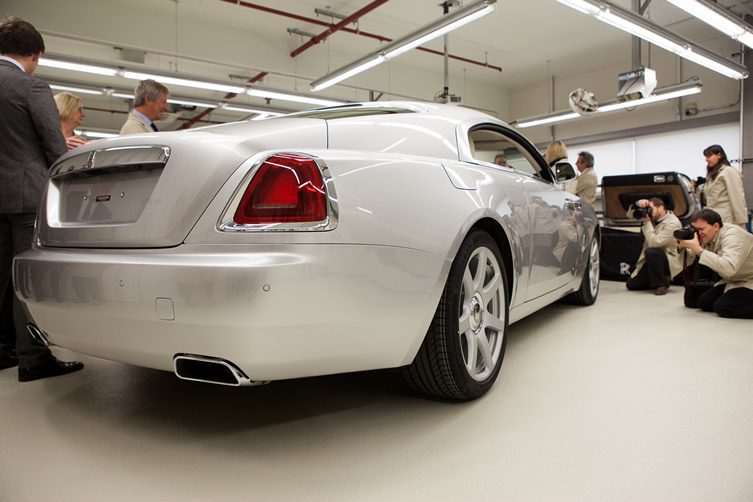 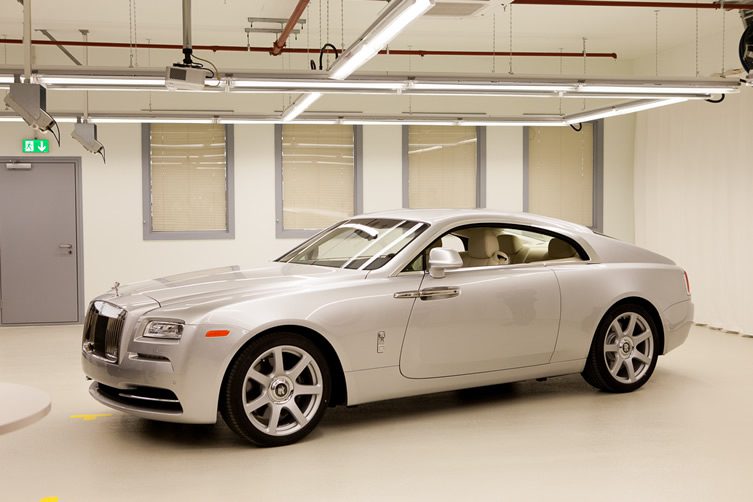 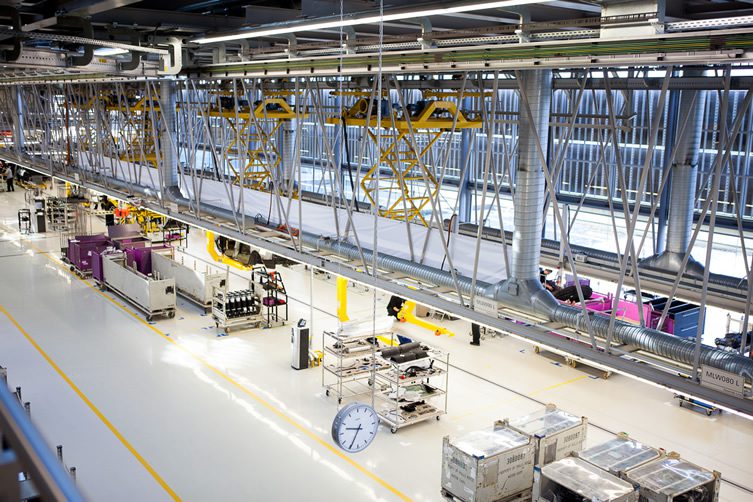 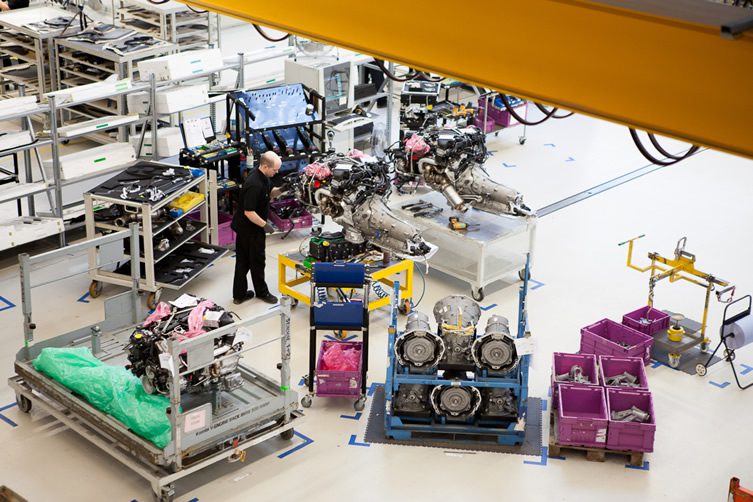 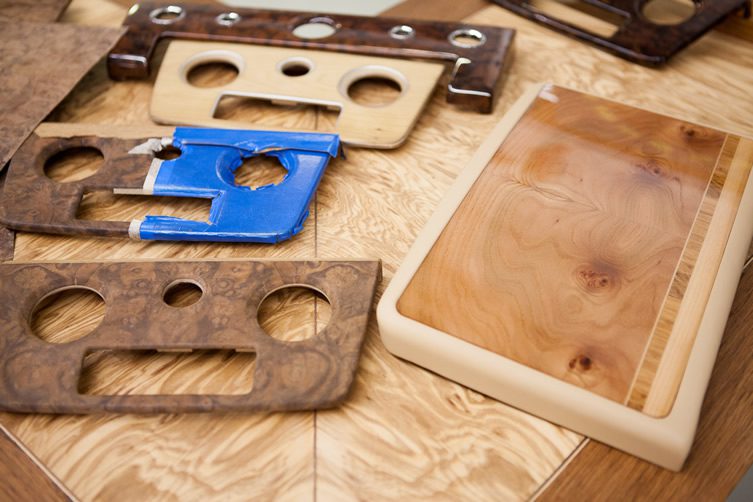 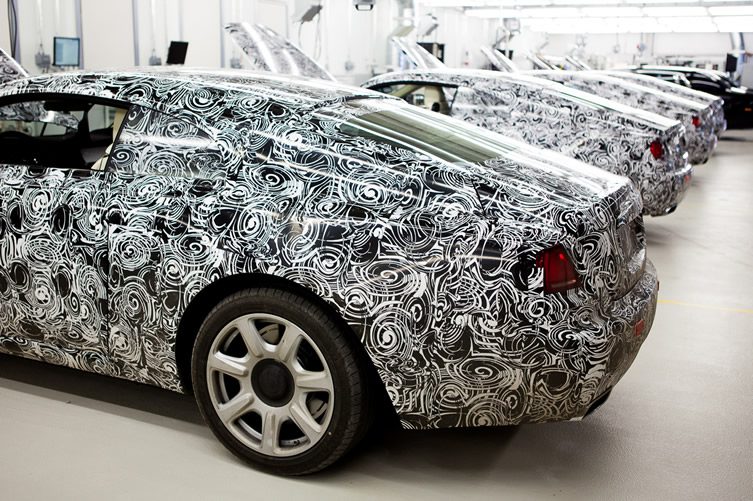 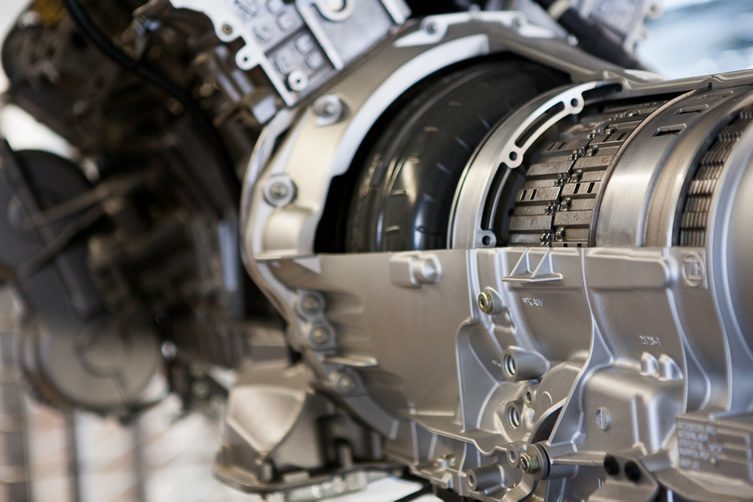 All images © Natasha Bidgood,
for We Heart