London-based Toronto kid Anthony Gerace may well be able to keep a small South American country’s economy alive single-handedly through coffee consumption alone, such is the magnitude of this inspiring creative’s work addiction. Seemingly of the same belief as a certain Nasir bin Olu Dara Jones, that sleep is indeed the cousin of death – Gerace combines graphic design with prolific collage-making and stunning, plaintive photography to form a creative arsenal that fire’s on many fronts.

Gerace’s work is powerful stuff, his collages thought-provoking and meticulously sourced from kitsch vintage print, the series Fig. 1-99 particularly intriguing as the designer-cum-artist explores colour variations from classic magazines; breaking the style down to a beautifully minimal new form. On the other side of the coin, Gerace crafts alluring portraits of deep melancholy, whether the subject be people or places.

Preparing to show off his new series of collages, People Living, at Beach London; Gerace found time (Christ knows how) to talk to us about himself, his work addiction, inspirations, collaborations and pet hates. 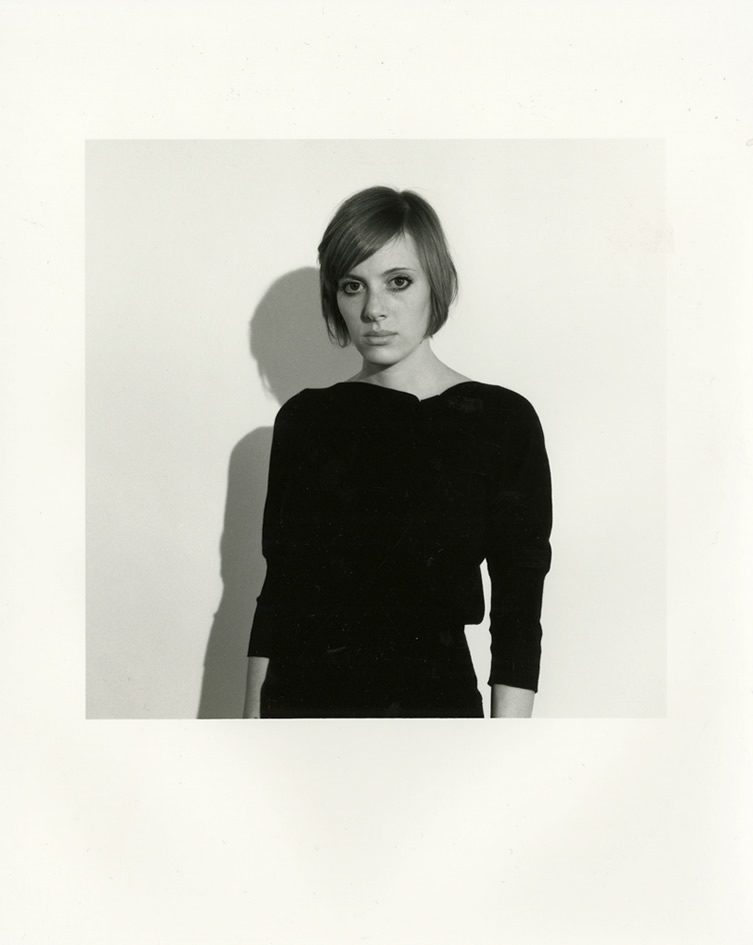 Hello Anthony, can you tell us a little about yourself?

Hello! I’m a collage artist, photographer and graphic designer based out of London. I began making things when I was in high school but stopped for a number of years due in part to going to a school I hated for a degree I couldn’t use (English literature) and generally being lazy. I began again when I started making posters to promote events around the city of Toronto. This led me back to collage, which led me back to zine making, which led me to a second degree in graphic design, which led me to photography and eventually portraiture.

I was always into those things, but returning to them, I took them more seriously. Making things brings me a sense of peace and happiness. 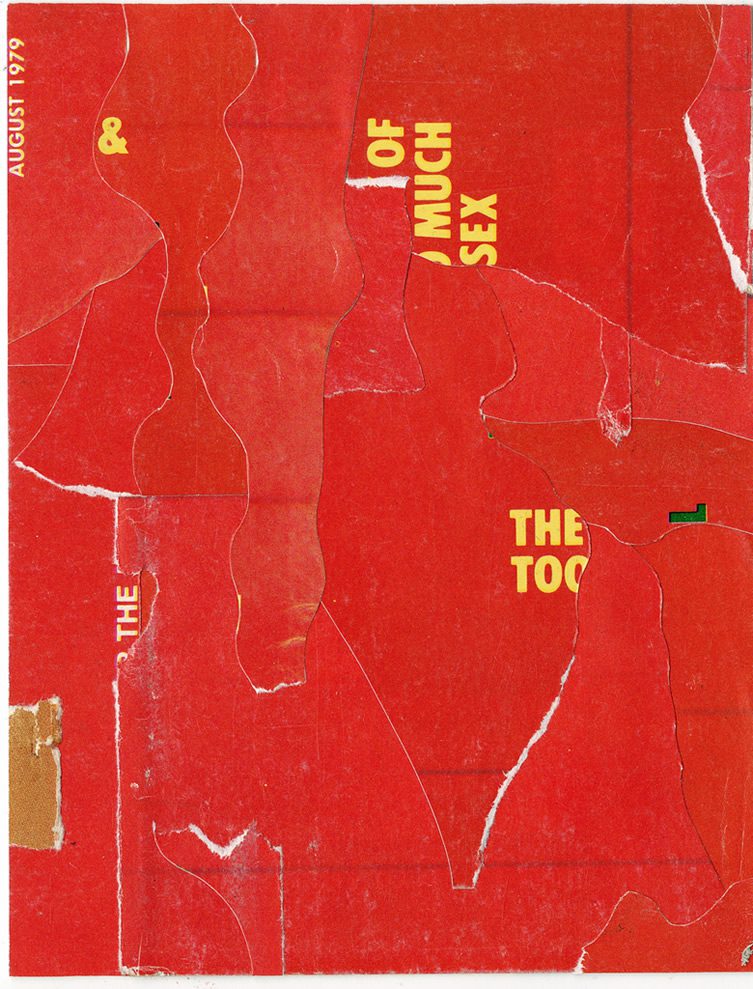 You’re from Toronto, and recently completed a thesis in graphic design at the city’s OCADU – what brings you to London?

I came to London because my girlfriend lives here, we’ve been apart for a few years as I’ve gotten my degree and our plan was always to live together in London. She’s a furniture and interior designer and there’s a lot more opportunity for her (and myself) to find interesting work here than there is in Canada. I love the people in Toronto but in terms of design it’s, with some exceptions, really stale and corporate.

That’s the other part of the reason I came here; because of all of the small studios and people making things that are challenging and visually satisfying, along with the large studios that aren’t hemmed in by an aesthetic defined by their biggest client. The most radical studios in Toronto are still very predictable; I like that in London you get places doing things that are unconventional and strange no matter their size. 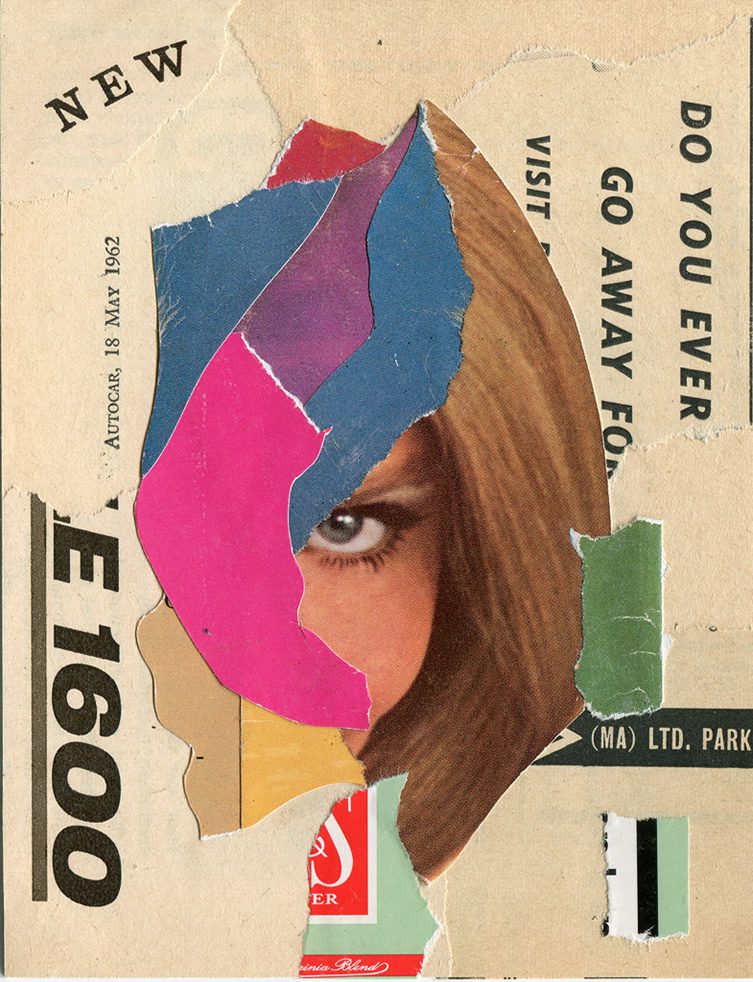 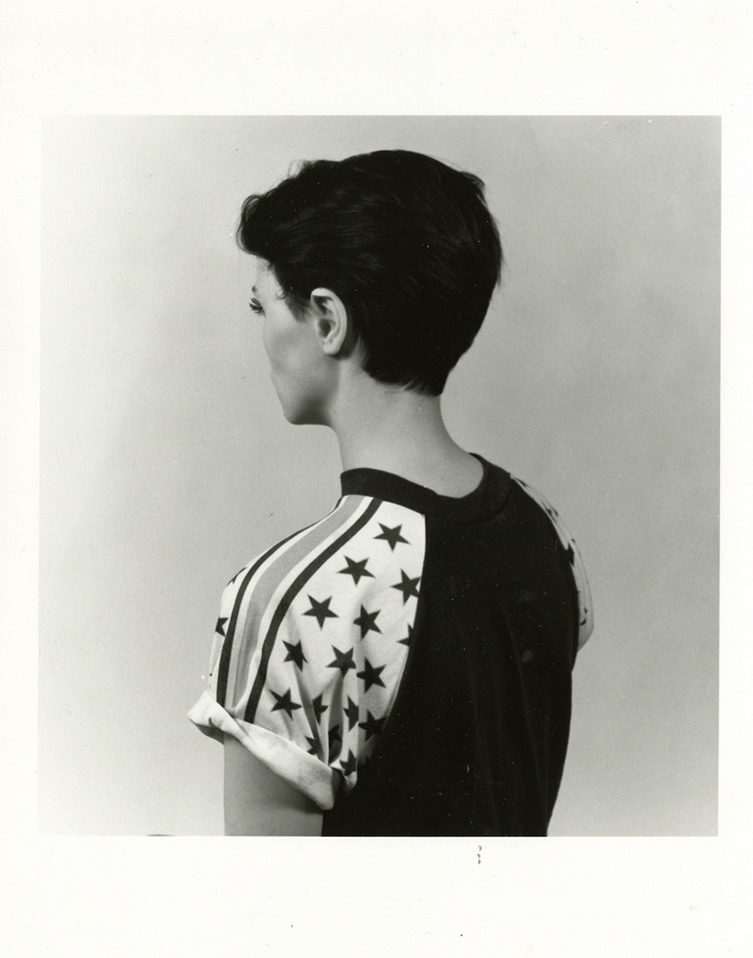 You state on your website that you split your time between an art practice and a commercial practice, photography and graphic design. Is there one area or discipline you are happier pursuing?

Well, I think that all of the disciplines I’m engaged in relate to one another and that at the best of times I can integrate one into the other, in lots of different ways. But yes, if I could pursue collage and photography full time I would. But even saying that, being able to apply those skills graphically is just as satisfying. So I’m pretty happy being able to do all of them and seeing where they intersect.

Hard work. Overwork… I don’t think ideas come from anywhere, or if they come from somewhere it’s a place that’s found through repetition and diligence. I think inspiration is a myth that lazy people cling to when they’re unwilling to put in the time it takes to get something right.

If I had a time machine: Stephen Shore or Wim Wenders in the early ’80s. I’d just love to go travelling with one of them. I look at their work from that time and it just makes me really happy, and I think we share a certain solitariness and a way of looking at the world. 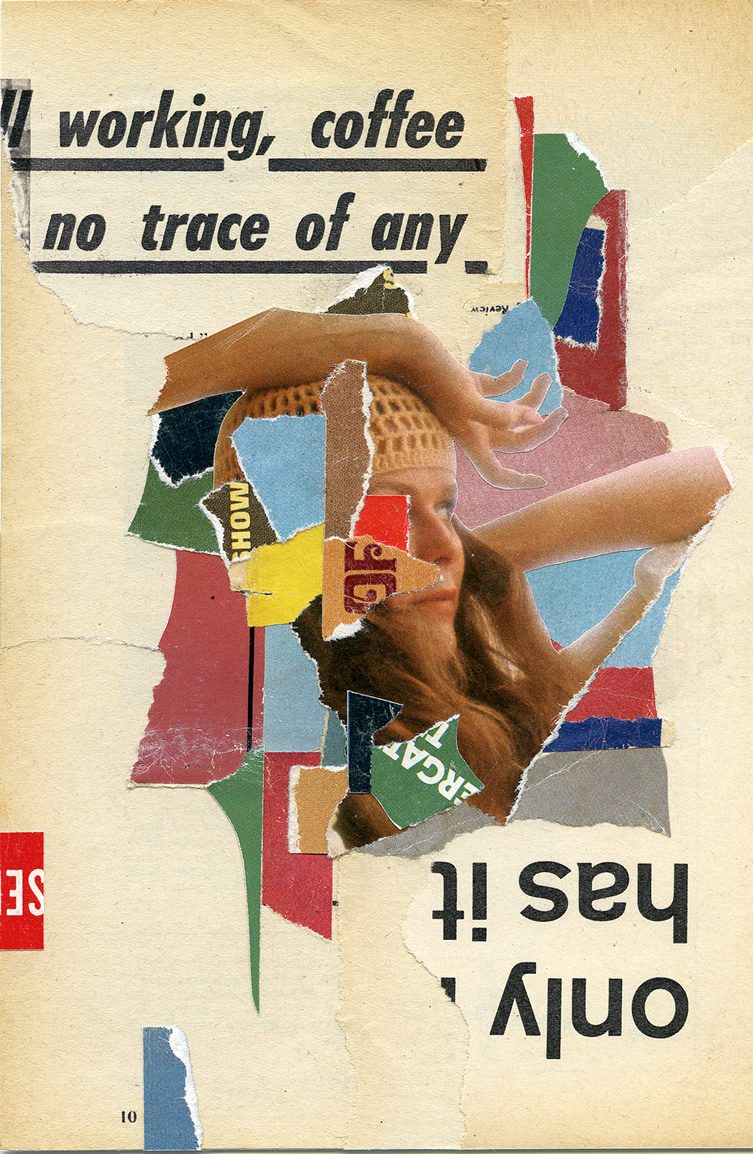 Can you define good design?

Critical design, not for what it’s been but what it’s become: posters with Zizek (or, you know, insert a popular aesthetic critic) quotes set on them in purposely bad typography. “Critical Design” has become as much an aesthetic as it has a genuinely critical approach. Also it’s so overwrought and navel-gazing. 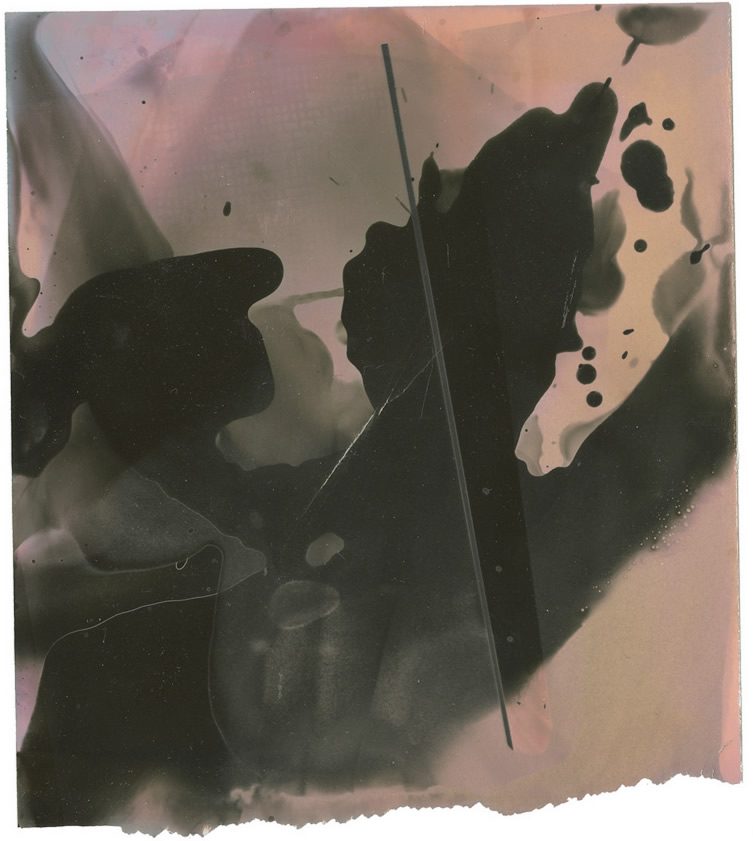 When you’re not in the studio, where could we expect to find you?

Asleep? Or out for a meal. I start feeling guilty immediately when I’m not working so I work constantly. I’m trying to do a collage a day in 2013 and trying to keep up with all of my other practices, get back into drawing, become a successful freelancer. I’ve recently accepted a full-time position at a studio in East London, so I think my workload/insanity is going to spike. 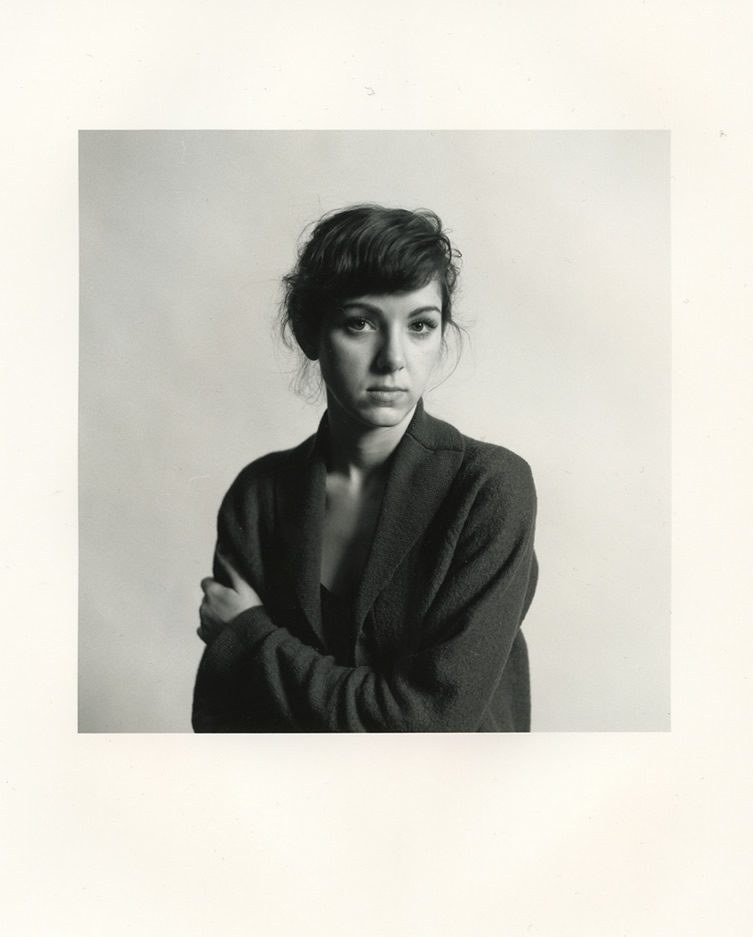 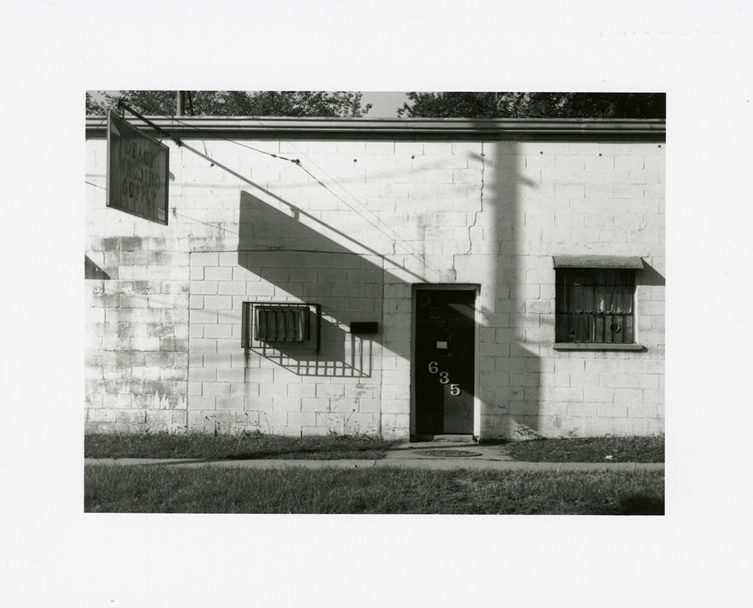 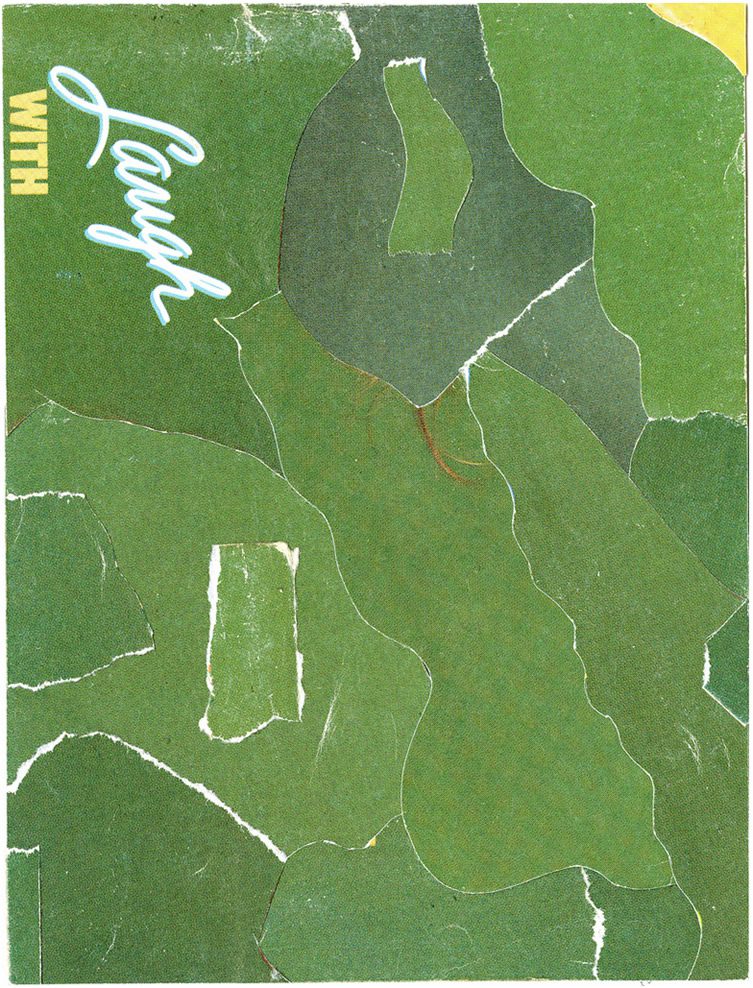 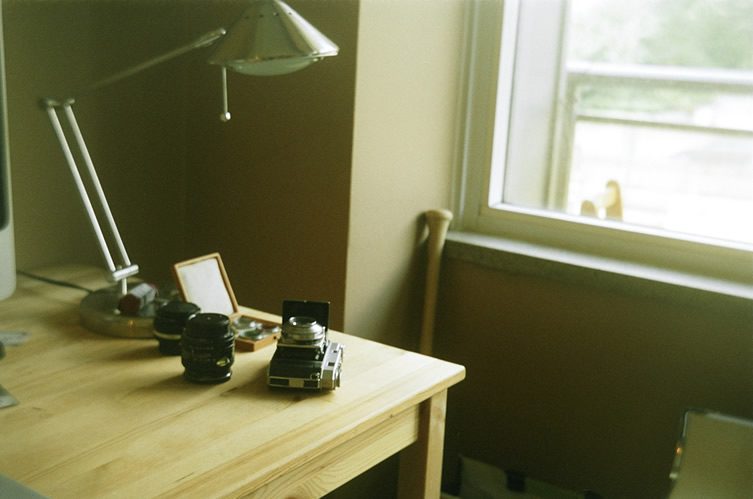 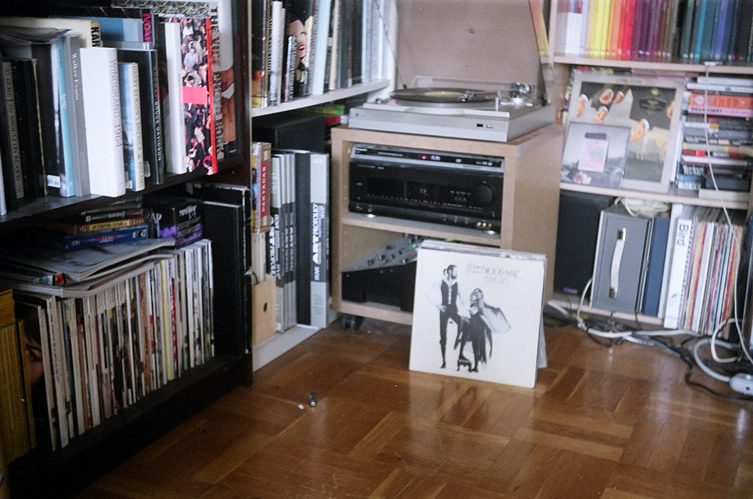