As you can imagine, we receive lots of press releases. Lots. Therefore it’s rare when one makes you really sit up and take note. A little while back we experienced one such show-stopper: celebrating the launch of their new Upper Class Cabin, Virgin Atlantic sent over details of their Little Richard – a chance for all their first class guests to have a drink with Mr Branson himself. In the shape of an ice cube, in the shape of the aforementioned billionaire’s head. Astounding.

Needless to say, we didn’t feature it – however, something odd happened; over the next few days, the daily trawl through fellow ‘design-conscious’ websites and blogs became littered with little Richard’s mug, in all its frozen glory. And no snarky comments. The copy? Largely copied and pasted from the same release we received – nothing new there, but it got me thinking; were people even too lazy to curate the content that drops into their inbox? Did they like it? Were the posts sarcastic? Was it April Fool’s Day (it wasn’t)? Or was something else afoot? 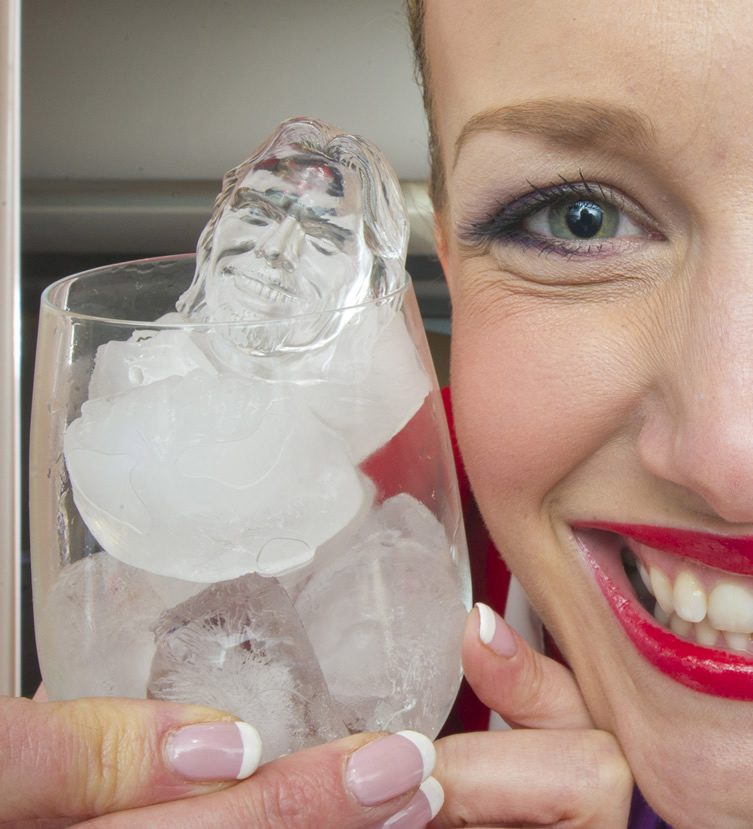 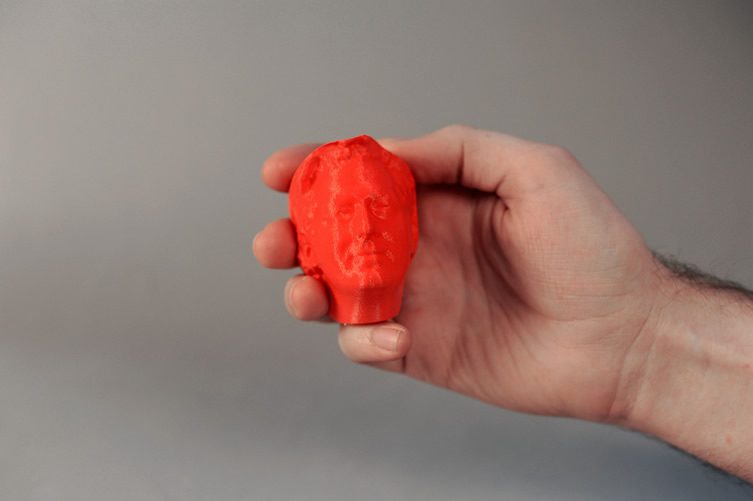 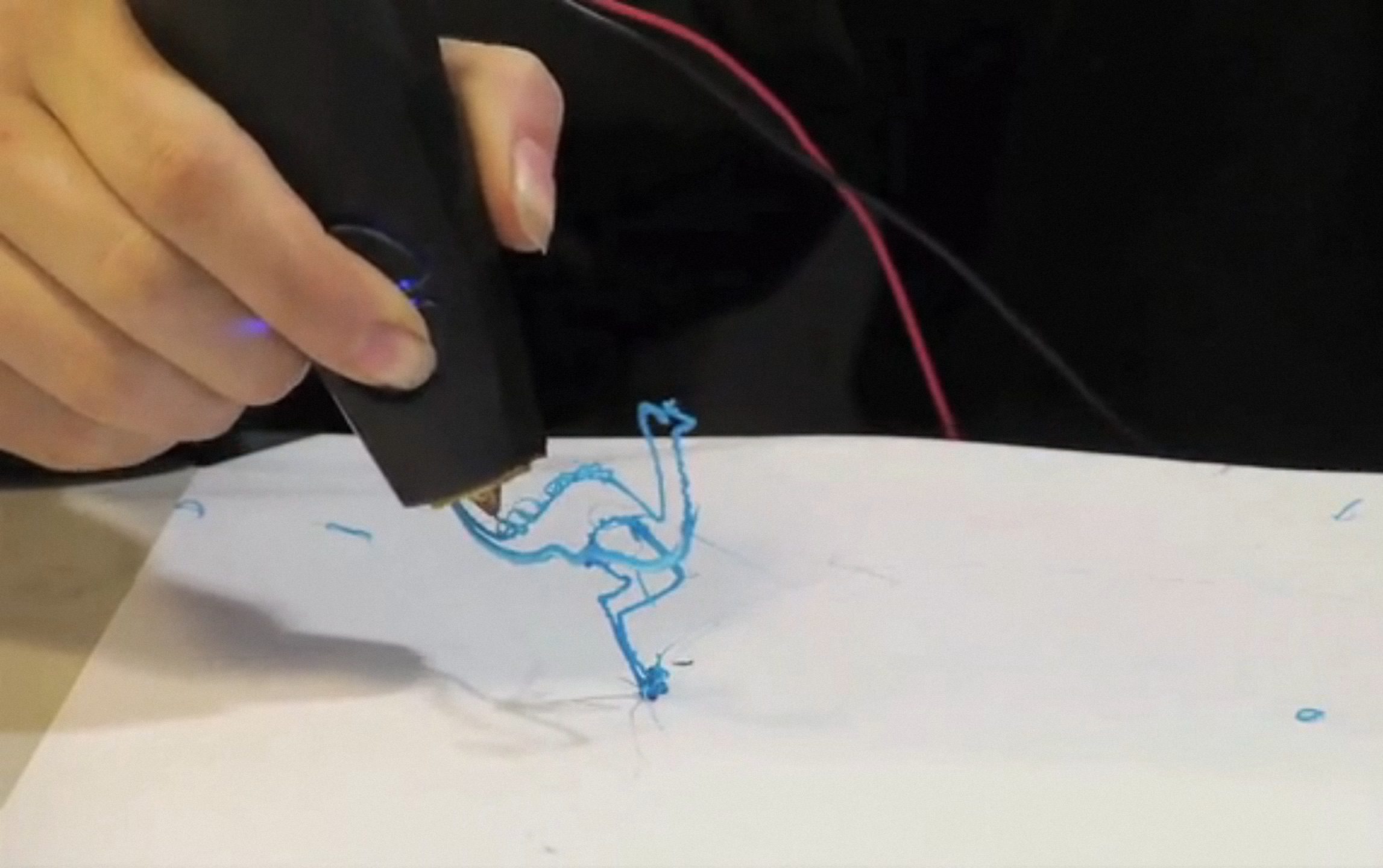 Fast forward a few months, and you literally cannot move for stories that extol the virtues of 3D printing. 3D printed cutlery, 3D printed food, 3D printed shoes, 3D printed houses… when I was a kid dreaming of 2013, I wanted flying fucking cars, not for the MakerBot® 3D Photo Booth to automagically print a sorry little replica of my head that I could have found inside a Kinder egg. The biggest story of this kind over the last week or so has been the 3Doodler, a ‘3D printing pen’ that has secured $1,944,260 worth of funding through Kickstarter – some 1.91 MILLION DOLLARS over its goal of just $30,000, and there’s still 26 days to run. You’ll soon be able to draw yourself crap you’d never buy instead of spending thousands of pounds on a printer that prints crap you’d never buy.

Earlier on this year, Dyson unveiled their new Airblade™ Tap, to rapturous internet applause. A tap. With a built in hand dryer. Elsewhere, brands continue to push the boundaries of taste and dignity with gimmicks and collaborations that astound and amaze – although not often how their marketing departments had hoped. Below you will see American fashion designer Jeremy Scott looking a little sad with himself, as he lurks beside his preposterously modified Smart car; Louis Vuitton’s artistic director and fashion royalty, Marc Jacobs, has been flexing his muscles (quite literally) as new ‘creative director’ at Diet Coke – a role that sees him sporadically positioning clip art on soft drinks cans – and how about a Nutella iPhone speaker guys? Oh, and while we’re at it, if I see another Man Creates Photorealistic Portrait of Michael Jackson’s Chimp Bubbles Using 365,000 Melted Coke Bottle Tops type post, I’ll scream. Sorry. 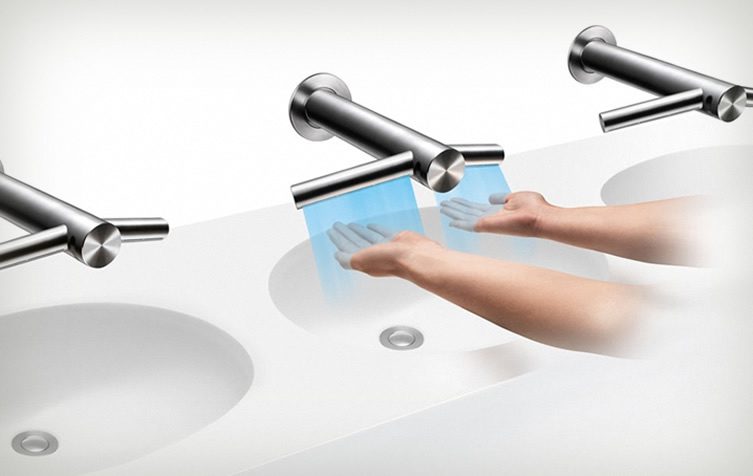 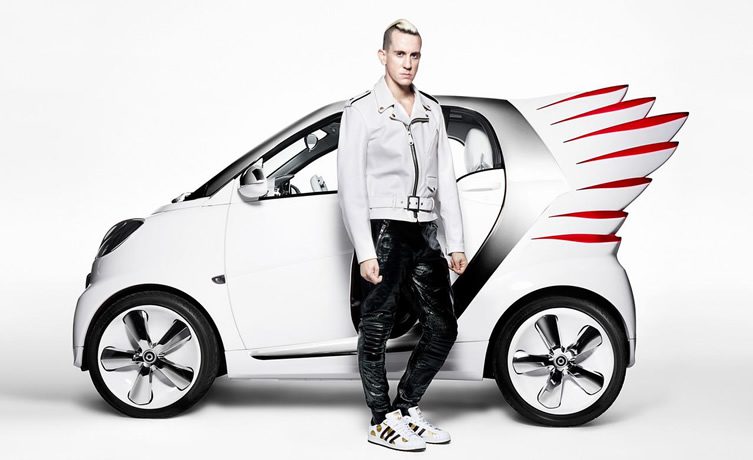 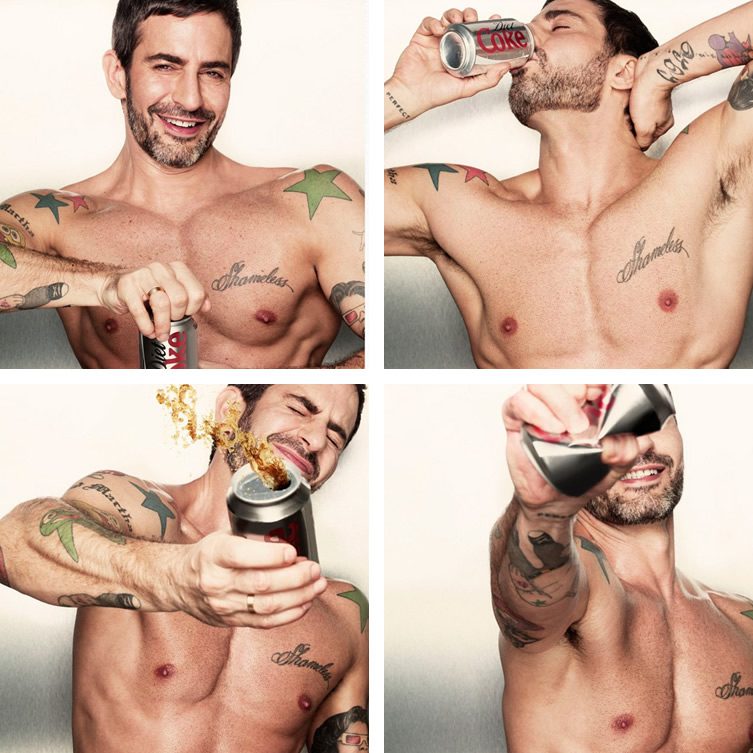 But that’s far from the worst of it; following Little Richard-gate I kept a keener eye on the daily delights of internationally-renowned design sites, the sort whose ‘about us’ pages talk of trendsetting, aesthetics, design and ideas. There was a toothbrush with built-in toothpaste, floss and mirror (didn’t the dad off Gremlins invent this?), cooling rocks for beer, whisk(e)y and coffee(?) and an “egg yolk separator” for when two halves of the egg’s shell simply aren’t good enough. Most disconcerting of all was the appearance of ToastaBags. Yes, the very sort of bobbins that sent Woolworths down the swanny had appeared on a design-led website that boasts some five million monthly pageviews. Somewhere, somebody’s filter was broken, and in need of serious repair.

So what’s it all about? Some of it could be cleared up by declaring your content as ‘news’, or as a ‘daily feed’ of sorts – the edge would be taken off the relentless regurgitation of copy, ideas and content that begins its life in the offices of PR agents if it wasn’t passed off as ‘curated content’. As for the brand gimmicks, is money changing hands? If so, it’d be nice if that could be declared. But that’s not really getting to the root of the problem; it seems as if much of the online publishing world is afraid to say boo to a goose. Perhaps it’s the ‘like culture’ propagated by social media’s omnipresent thumbs up. Perhaps it’s a wider culture of agreeableness; “this post modern everything’s ok attitude is killing interesting dance music” Tweeted Chemical Brother Ed Simons recently, in an argument about deplorable dance act Swedish House Mafia, and a quick glance (if you dared) at the acts populating the stage at this year’s BRIT Awards would have told you that easy listening was back with a murmur. 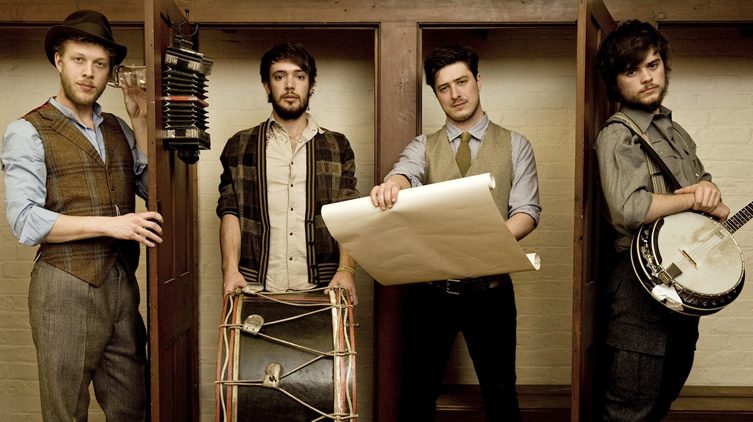 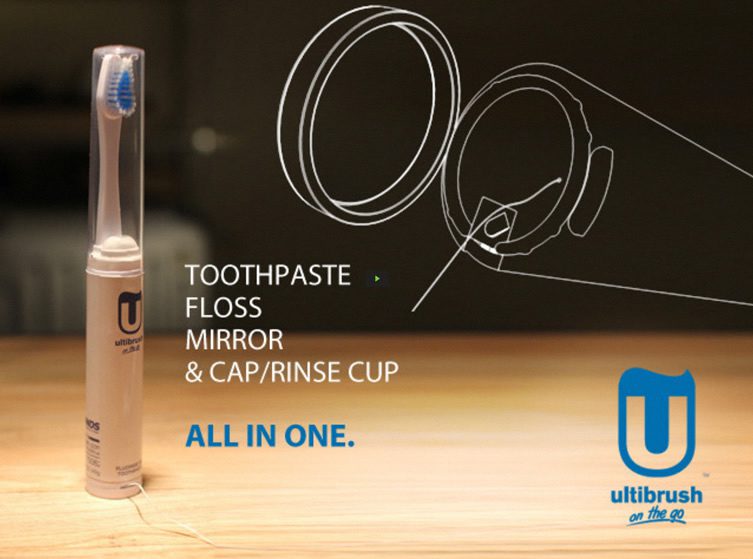 UltiBrish All in One Toothbrush 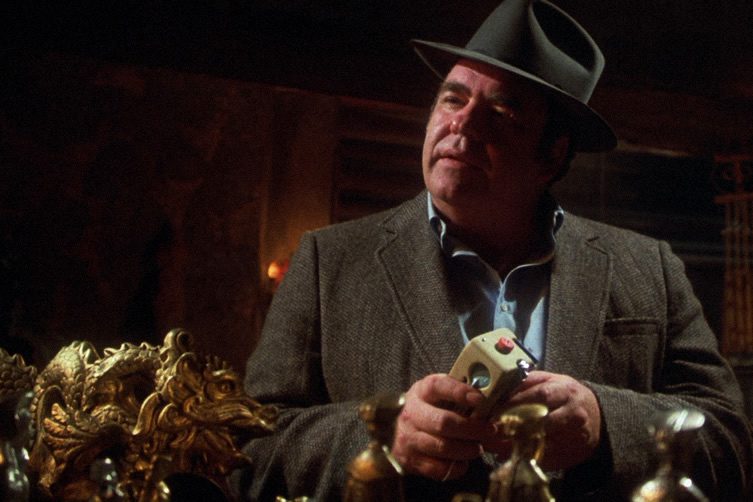 Critique, confrontation, difference of opinion, personality, controversy… they’re all things that make life interesting. Now I never liked Oasis, but who would you rather see collecting an award: Noel and Liam, or Mumford and his feeble, wheelbarrow-wielding little imps in all their faux-distressed Victorian scrap metal merchant garb? Wouldn’t it be nice if every now and then, people shook things up a little? Feel free to prove to me that 3D printing is in fact the second coming of Christ that everyone’s making it out to be, print a model of my head in the form of a wine gum and give it to Mumford and his mates to chew on – after all, some websites we hugely respect have seen the good in Artisans Asylum’s 3Doodler, and who are we to say yay or nay? Life’s all about opinion.

Why do we care? I hear yee good folk ask. Because laziness affects all of us, only last week was it demanded that we change the copy in something we’d published to make it better align with their brand message. We refused. In the not too distant past, an artist requested the removal of a piece because they didn’t like what we’d said about their work – as owner of the copyright we had to comply. What if The New York Times had printed a bad review (not that we’d even given it a bad review, we are called We Heart after all)? Would they ask for a claw-back on hundreds of thousands of papers? The design community sitting in a circle and dishing out foot massages to one another isn’t conducive to delivering engaging content to our readers; and that’s the main gripe we have with the ‘everything’s cool culture’… online publishing excites us immensely, and we want the public to respect it just as much as printed journalism.

From the outset of this website, we wanted to create content that had some worth, and we wanted to cut through the – for want of a better word – bullshit that comes with a lot of art-talk, design-talk, high-concept lifestyle-talk… we wanted to deliver content full of aesthetic excellence and conceptual brilliance, but proudly devoid of pretentiousness and, most importantly, with a critical eye. As the name suggests, we only feature things that appeal to us, but that’s not to say that something brilliant can’t have its negatives – and we wouldn’t be being honest if we didn’t point them out. The greatest praise that we receive from readers, and those who we’ve featured, is that they appreciate the lengths we’ve gone to in order to deliver an originally written feature – but really, if you’re taking this seriously, that’s the very least you should be doing. 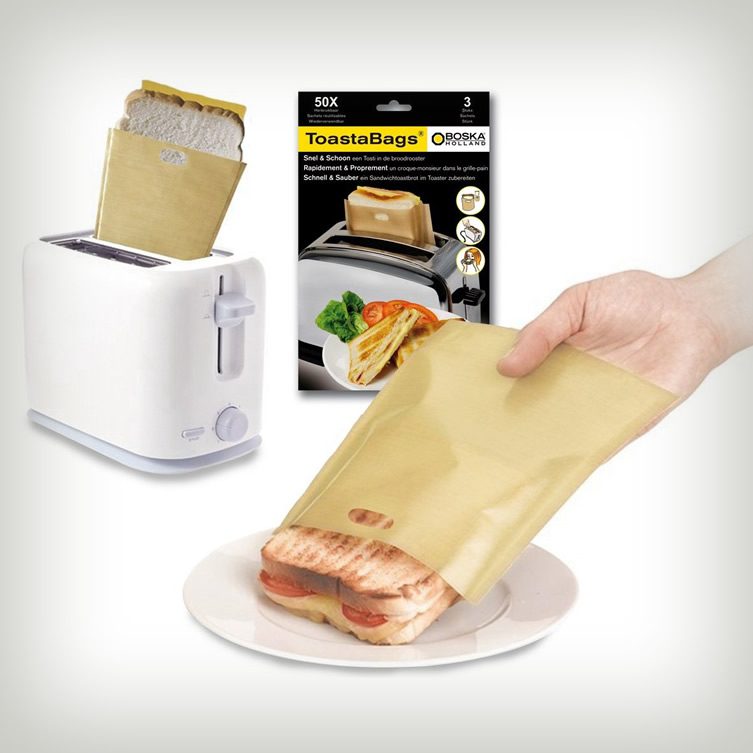 Everything is OK image, courtesy Shutterstock