The title of Jay Howell’s new solo show, Enthusiastic Person, couldn’t be more apt; as an arty type of guy he’s got it damn near perfect. Dividing his time between art directing, illustrating for major companies, designing characters for hit (dare we say cult) animation series like Bob’s Burgers, and general West Coast of America style skater dude loafing with girlfriend and dog; Howell seems to be living the dream, or at least his version of it.

The FFDG gallery on Mission Street, San Francisco, is acting as portal into part of the Howell universe, drawn with his instantly-recognisable style but skipping between scenes and themes with dizzying speed. It’s fitting that a man with so many creative hats likes to give his characters so many heads, or at least faces – Howell is a man who likes to cram in as much as possible, both in terms of expression and creative output, and he’s currently juggling three major roles for the upcoming Nickelodeon show Sanjay and Craig. Catch him while you can – the portal closes to this particular Howell dimension on 2nd March. 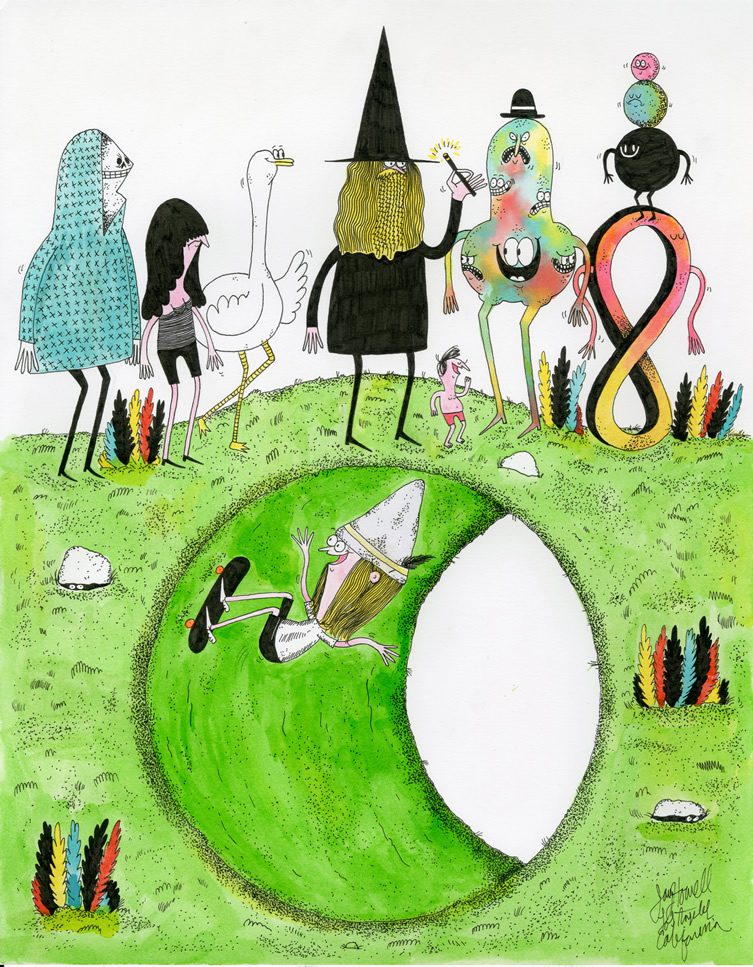 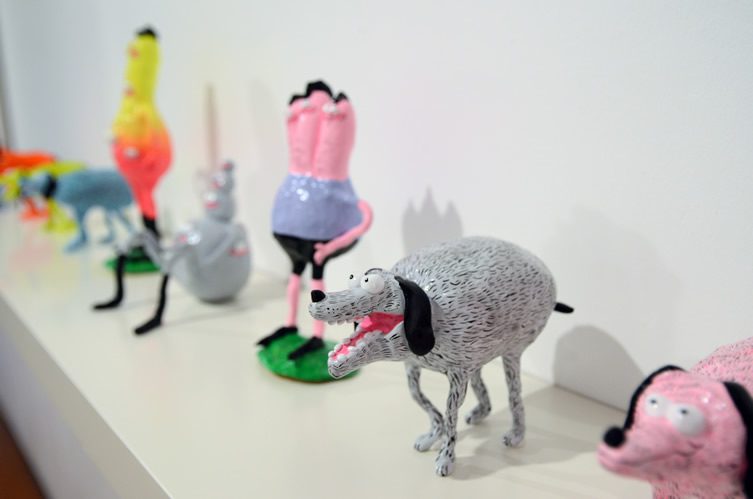 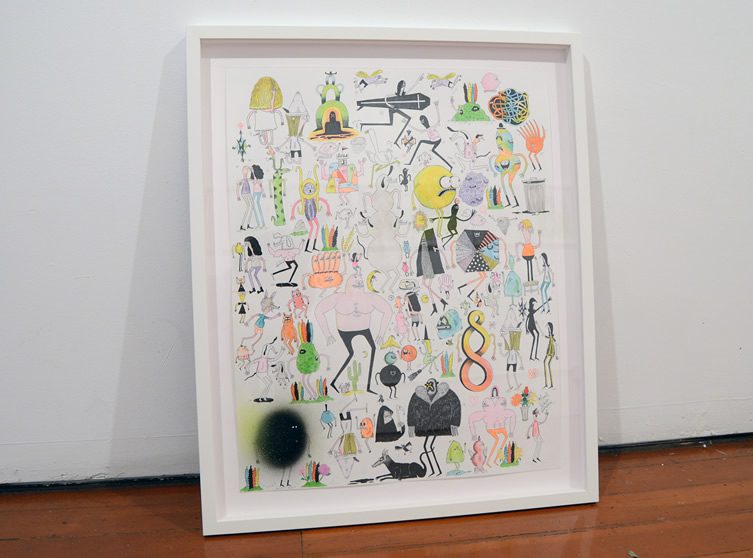 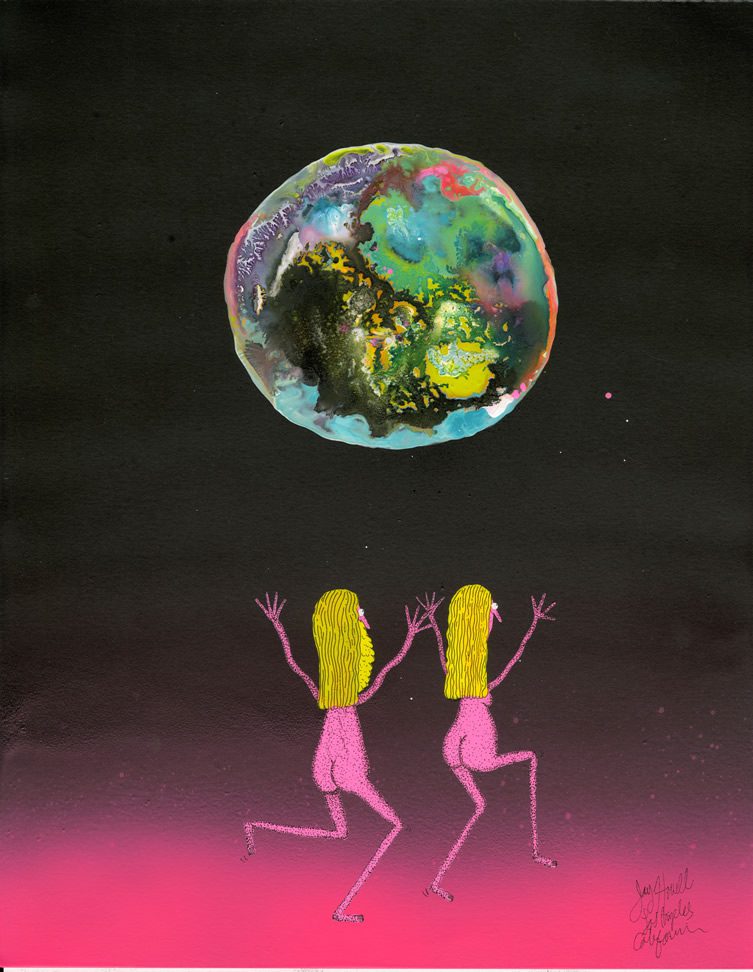 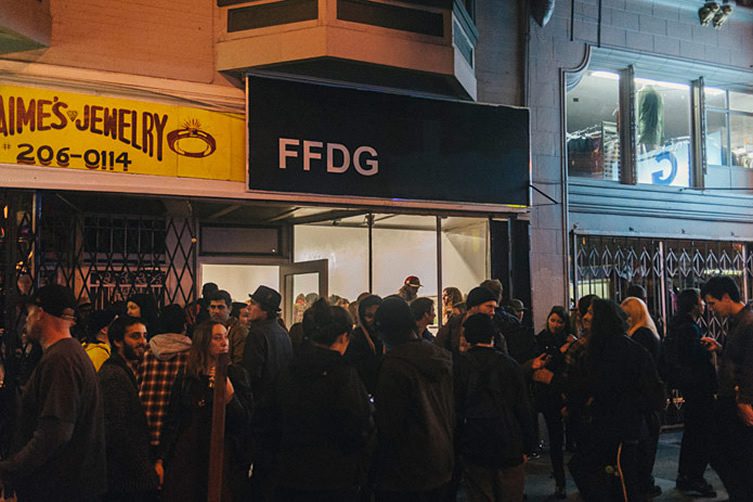 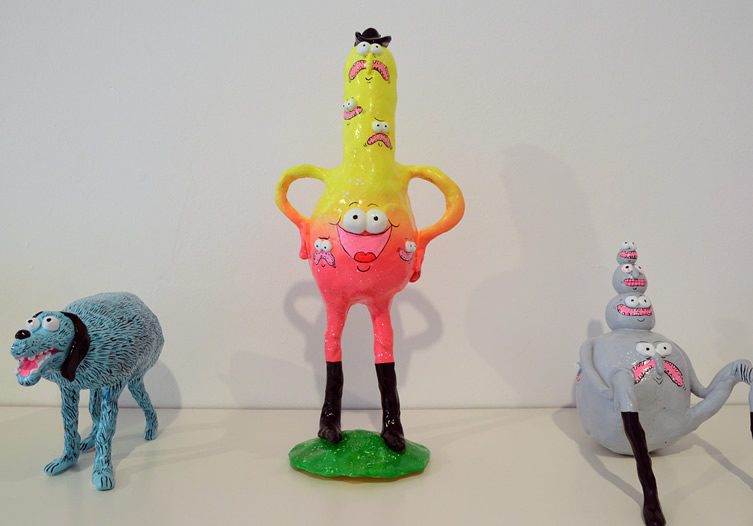 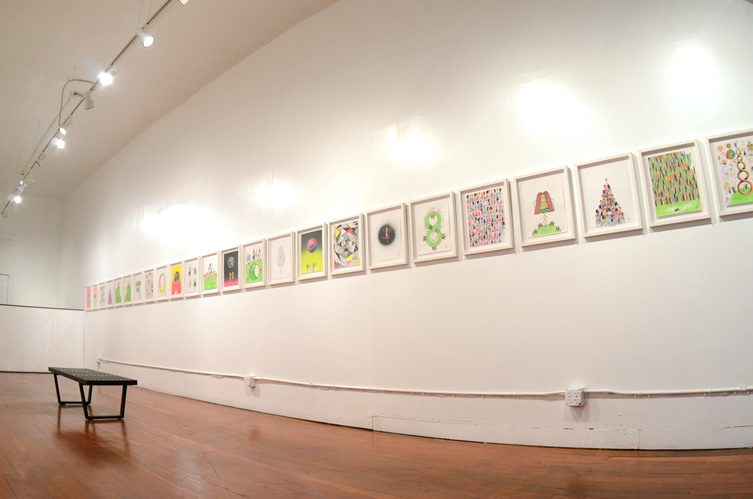 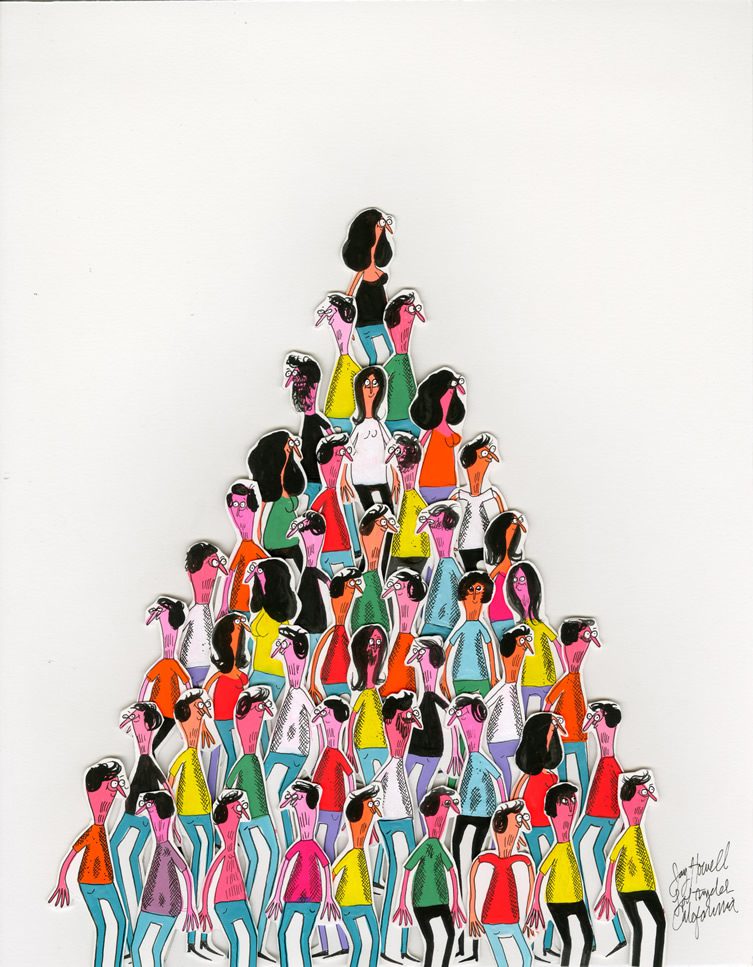 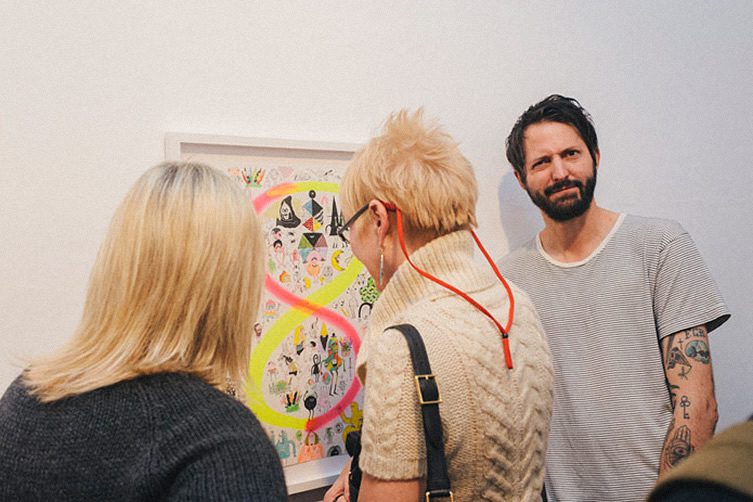 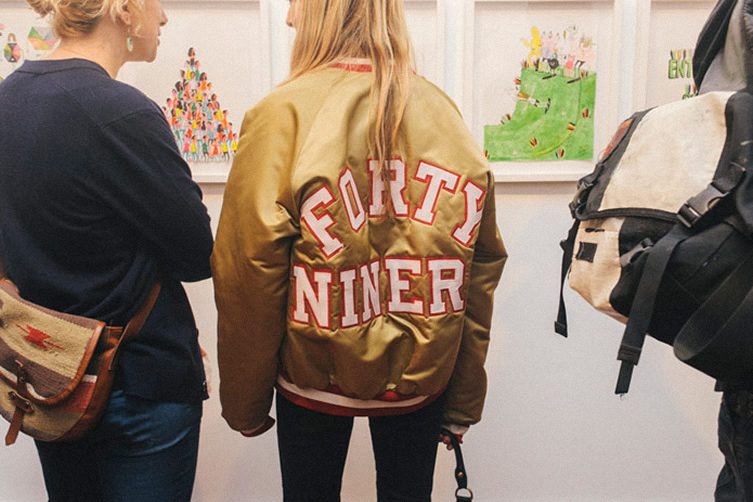