Ahh The Duke of Lancaster or, as it was known during my youth, The Fun Ship: a bizarrely marooned cruise liner on the North Wales coast. Due to its proximity to fabric and haberdashery mecca – and bane of my existence as a young child – Abakhan, I spent many an hour onboard, playing arcade games with my old man whilst my mum and her mum rustled through crates of smelly materials. Or at least that’s how I remember it anyway. Docked in 1979, The Fun Ship was set to be a floating leisure complex, complete with nightclubs, bars, restaurants, cinemas and whatnot – crappy slot machines, bingo for the blue rinse brigade and a rotten bootleggers’ market aside, it never came to much, and ran out of steam (quite literally) by the mid-1980s.

Fast forward a few decades, and failed plans for revitalisation have continued to plight The Duke, so it came as somewhat of a surprise when the national press began picking up on this age-old curiosity. But it was with good reason, the decaying goliath – completed by Harland & Wolff, Belfast, in 1956 – was under siege by spray can wielding pirates; a creative mutiny was picking up steam. Claiming that the local council are actively hampering plans for renovation, graffiti collective DuDug are pushing forward with plans to transform the ship into an outdoor gallery – and artists from around the world have already made their way to the Flintshire coast to show off their wares.

Although some of the pieces are largely derivative, equally there are some great works here too and there’s much to champion in the passion of the collective and their assembled artists to make change. A rust bucket for as long as I can remember it, The Fun Ship has been anything but for the best part of my life, and the chance for a bleak area of the north west to have its very own version of Berlin’s East Side Gallery is certainly an exciting thought. Objections may continue, but with the inside of the ship apparently still in relatively good nick, and the exterior finding a new lease of life – there may be life in the old Duke yet… 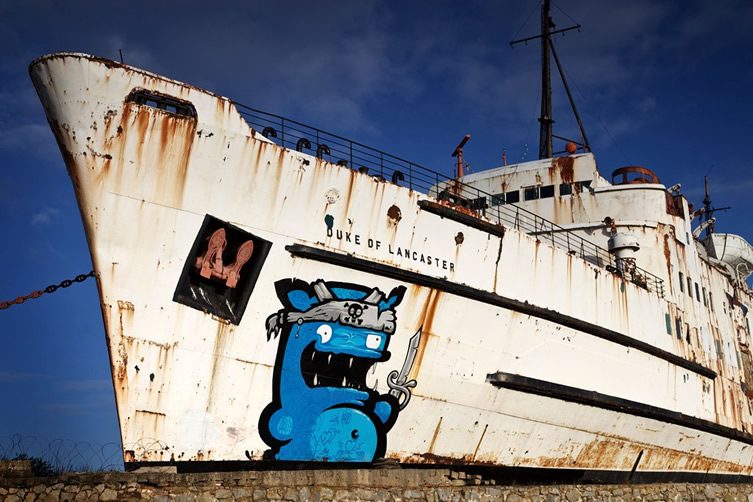 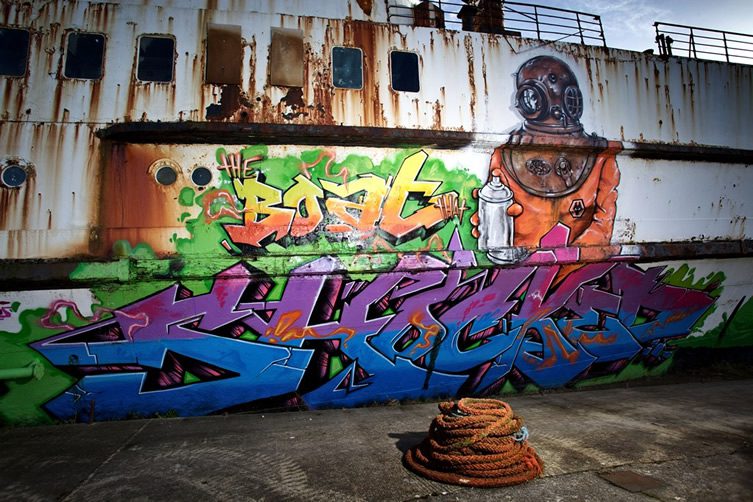 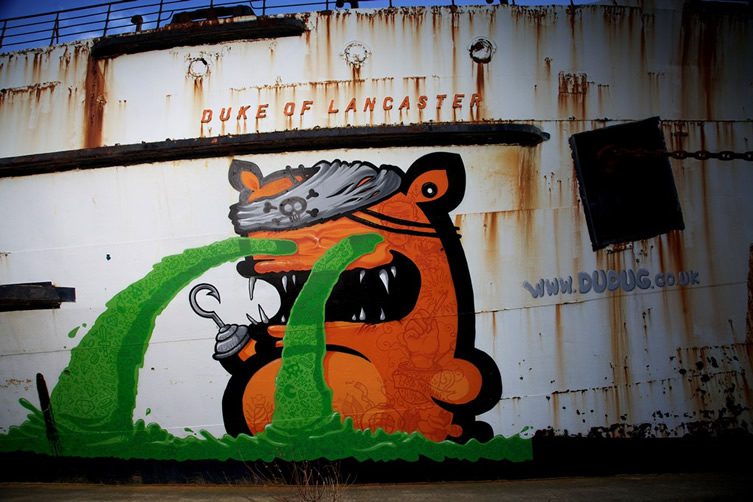 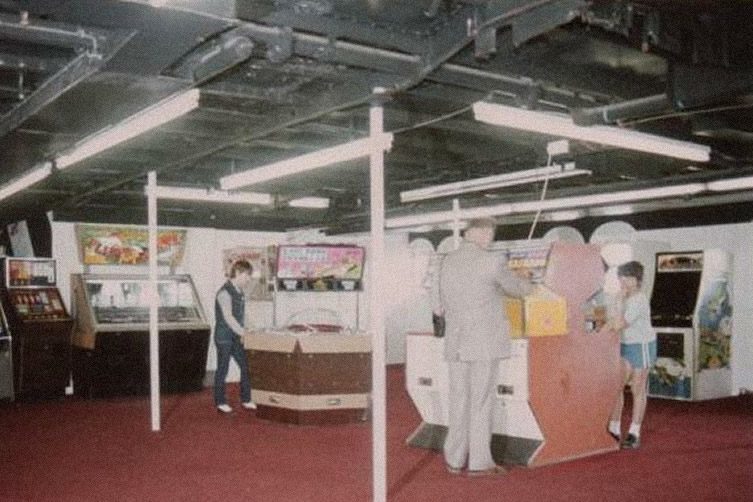 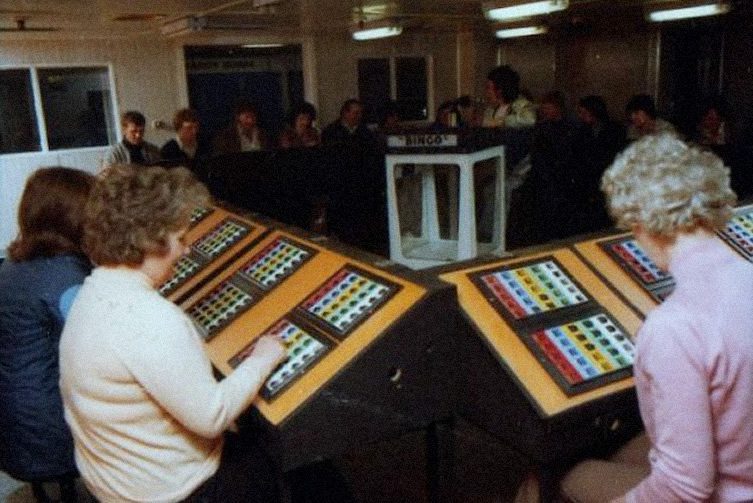 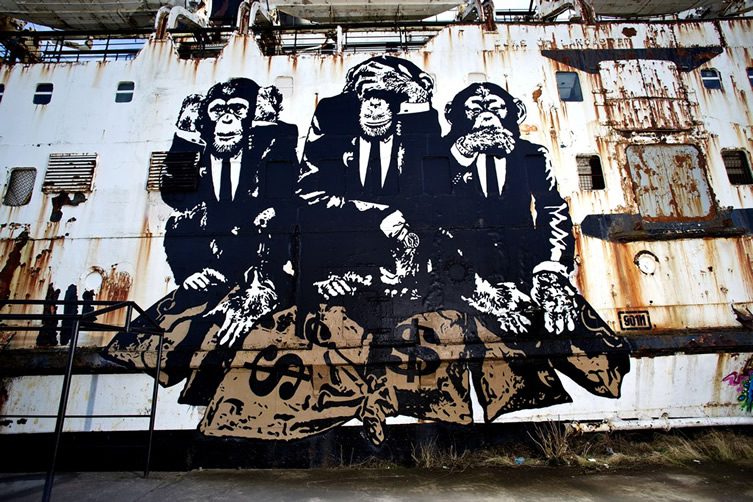 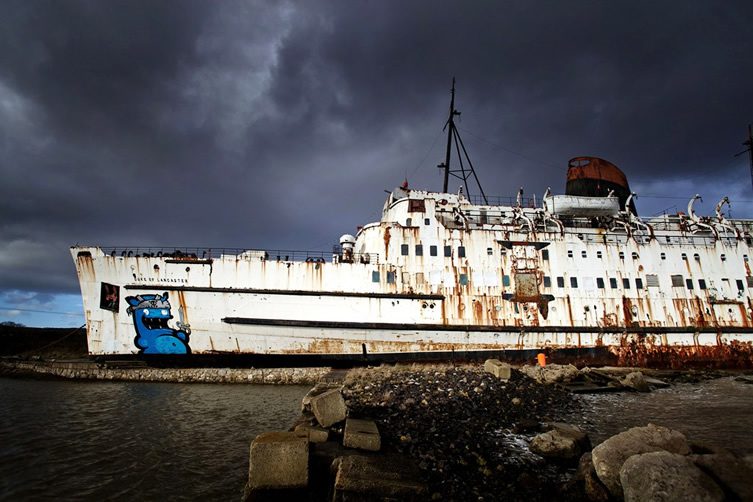 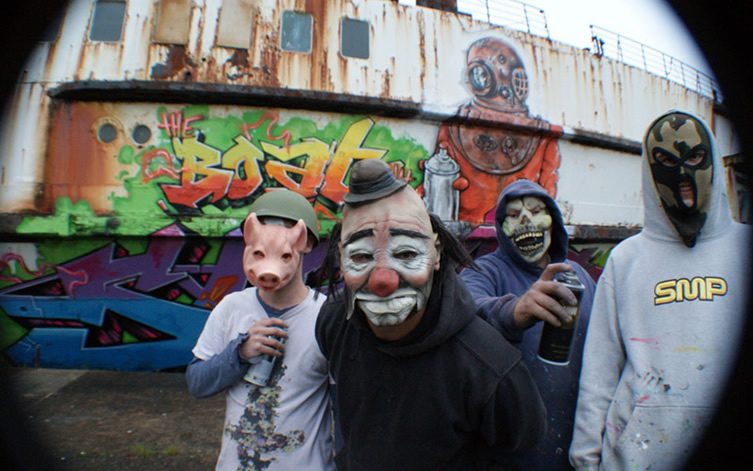 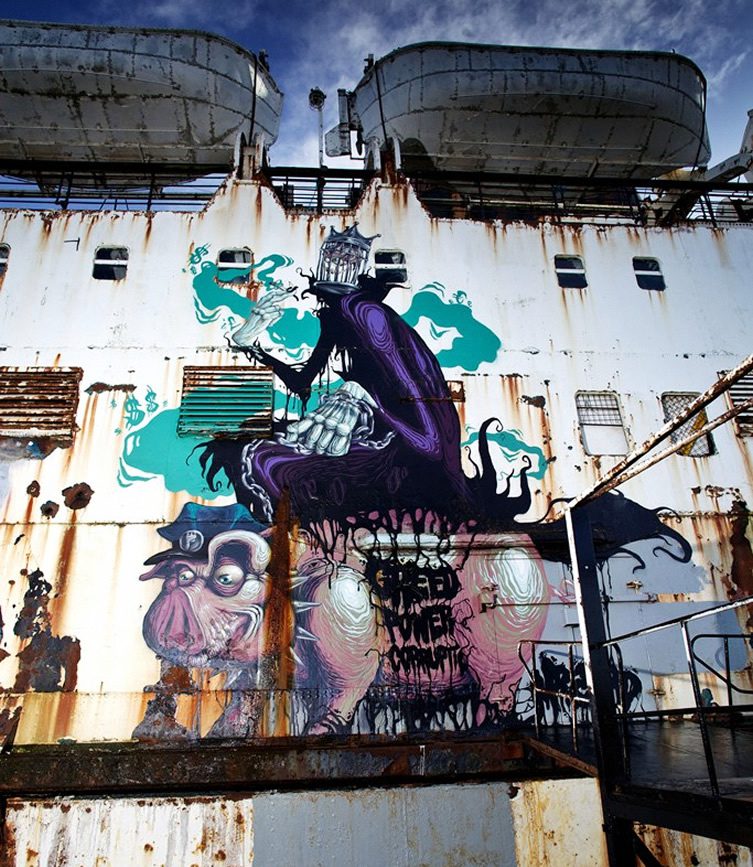 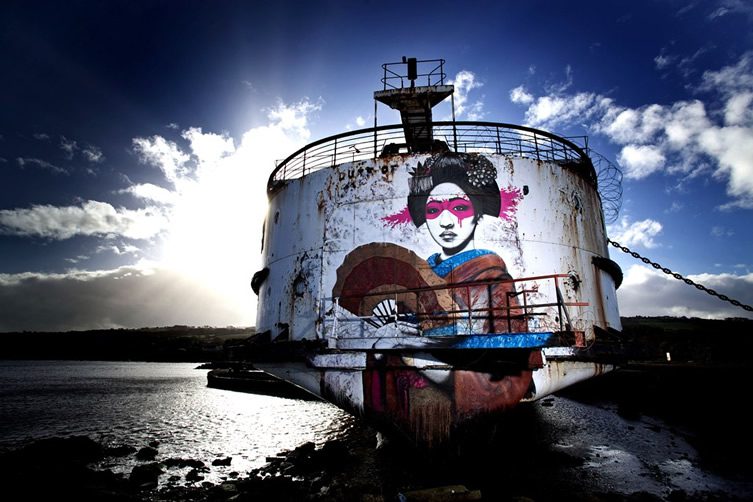 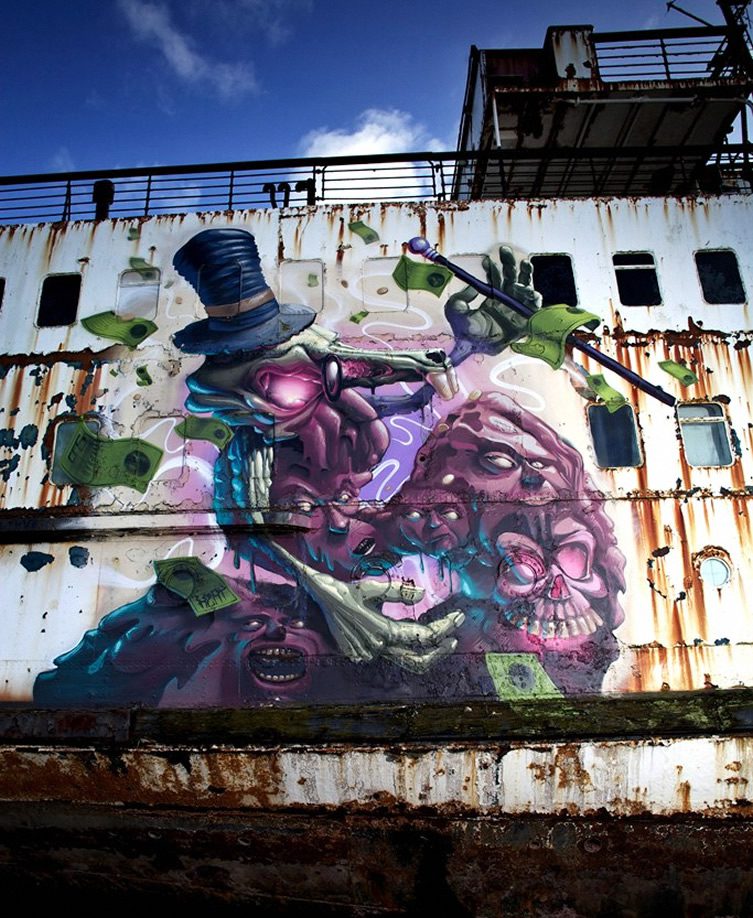