It’s hard to imagine such atmospheric images could be created with little more than polystyrene and clever lighting, but this collection by designer Rachel Thomas and photographer Dan Tobin Smith does just that – theatrical smoke and mirrors tricks can still be surprisingly effective even to the modern, more sceptical eye.

Imaginary View plays with the viewer’s perceptions through perspective; how big are the classical Roman columns, how close the Deco crests? Visitors to this Somerset House exhibition will have the chance to find out; some of the models used will be on display alongside the large-scale prints. The stage sets were shot in London studios on 5×4 black and white film, with effects such as arial perspective, in which light is bounced off smoke particles to warp the sense of space between viewer and object, employed to surprising effect. Some of the scenes really are as big as they appear – the seemingly intricate island we have featured sits mirrored in a lake of milk measuring 8sqm. The exhibition at the Strand gallery, London, will run until 10th February. 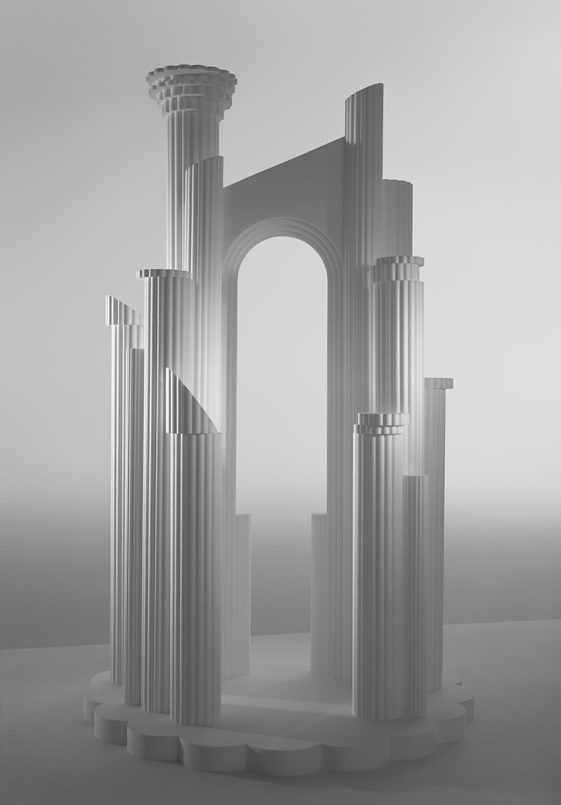 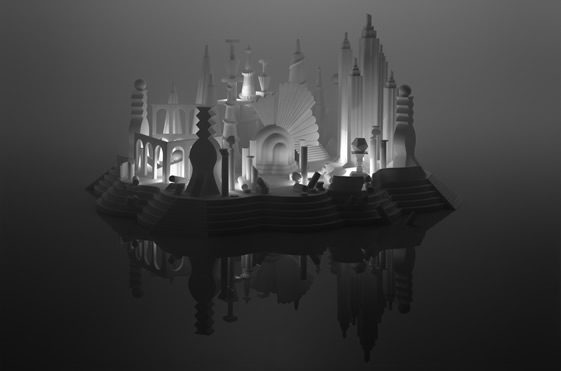 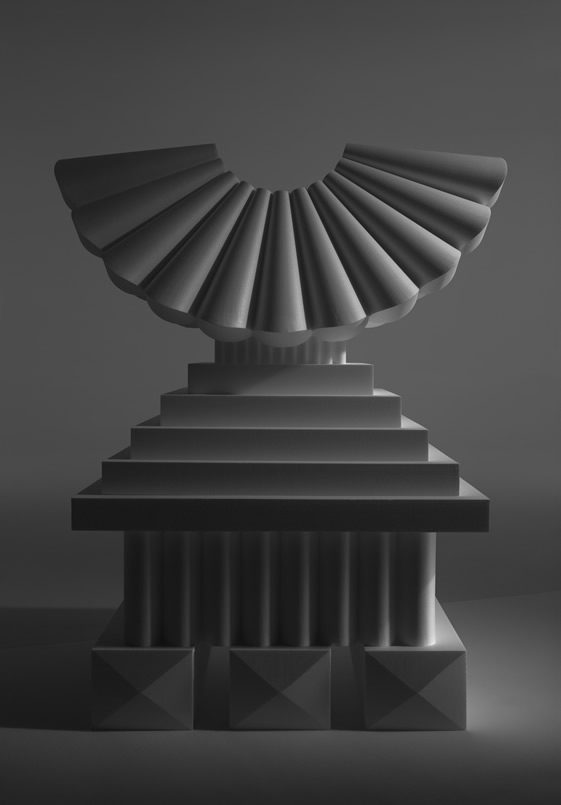 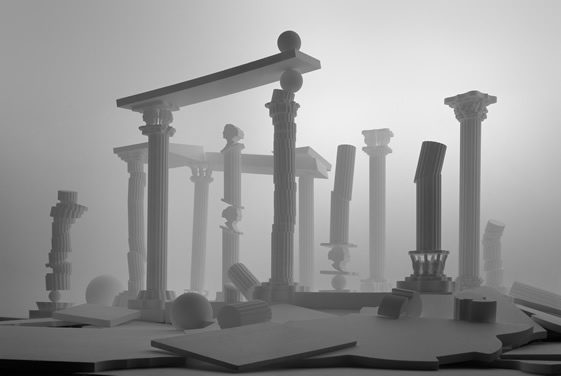