You can choose to view the work of Jean Jullien in one of two ways; either his Allo? collection is a catchily-drawn hit parade of pet peeves, or a deeper social commentary on the disintegration of personal relationships in the modern world. Either way, the Frenchman is very t-shirt friendly.

Born in France, raised at Central Saint Martins and the Royal College of Art, there is something very British about graphic designer and artist Jullien. A relative youngster with his finger firmly on the pulse, Jullien produces the same simply realised yet perceptive observations on modern life that you find in works by longer-established cartoonists such as Rupert Fawcett. Not sure what the dog sniffing his own arse is saying, but still.

Everyone in the We Heart offices has their own anti-favourite. The Ed’s eyelid started to twitch when he saw the smartphone-wielding gig-goers, I found myself shouting at the woken man to turn his bloody phone off if he didn’t want to be disturbed. They DO have off buttons, you know!? Kemistry Gallery on London’s Charlotte Road will host Allo? from 7th February to 23rd March, and there will be a range of student-friendly merchandise on sale, so expect to see Jullien’s very recognisable imagery in halls of residence around London and beyond before too long. 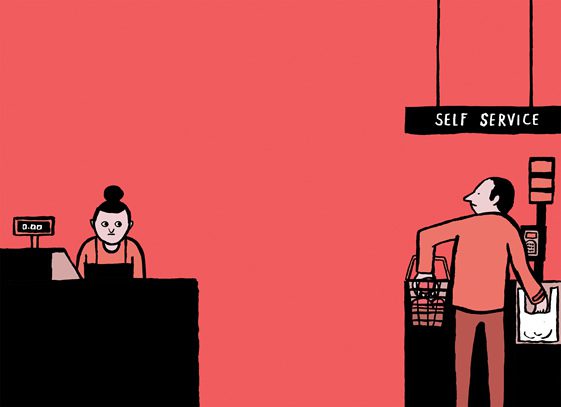 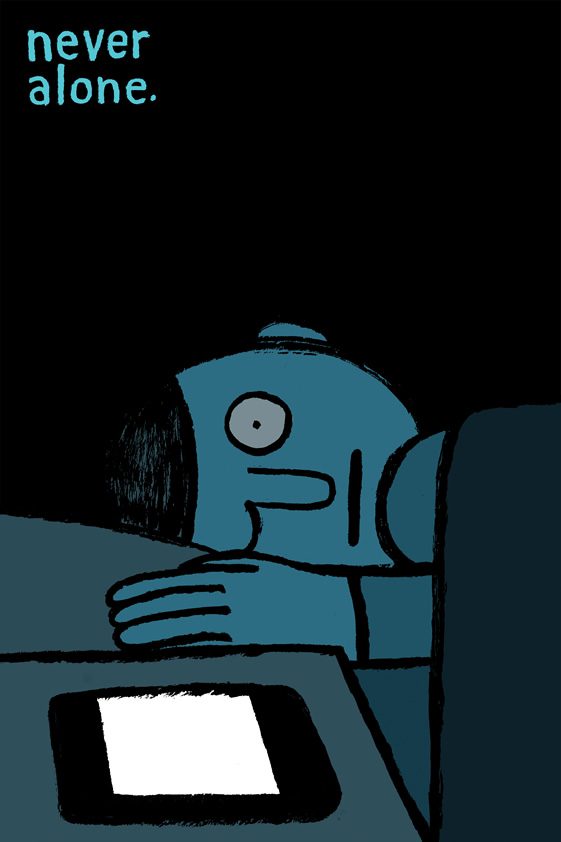 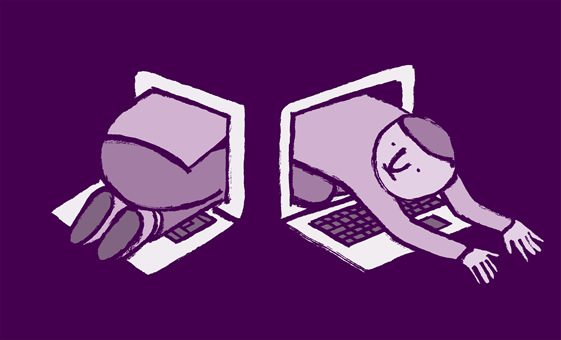 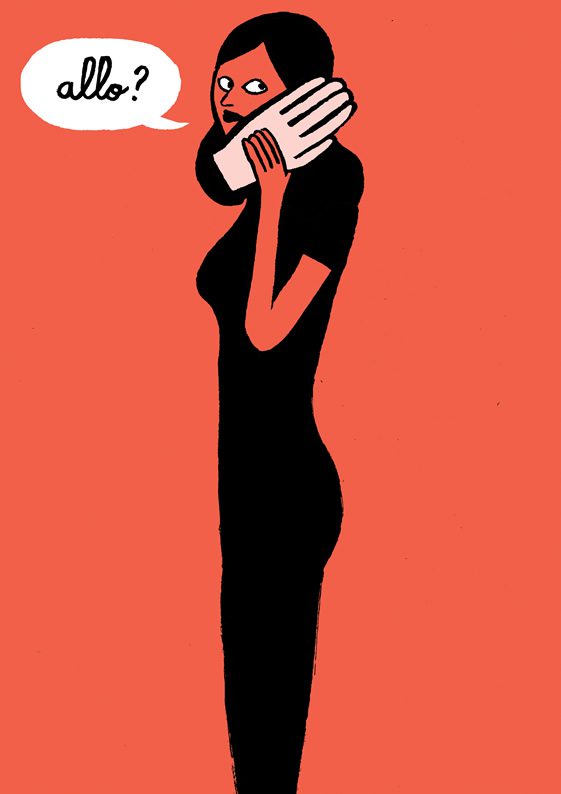 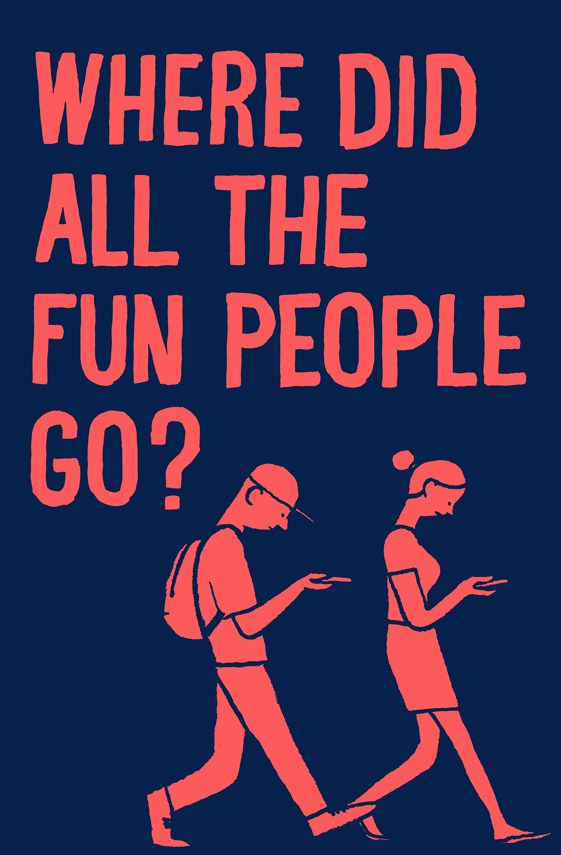 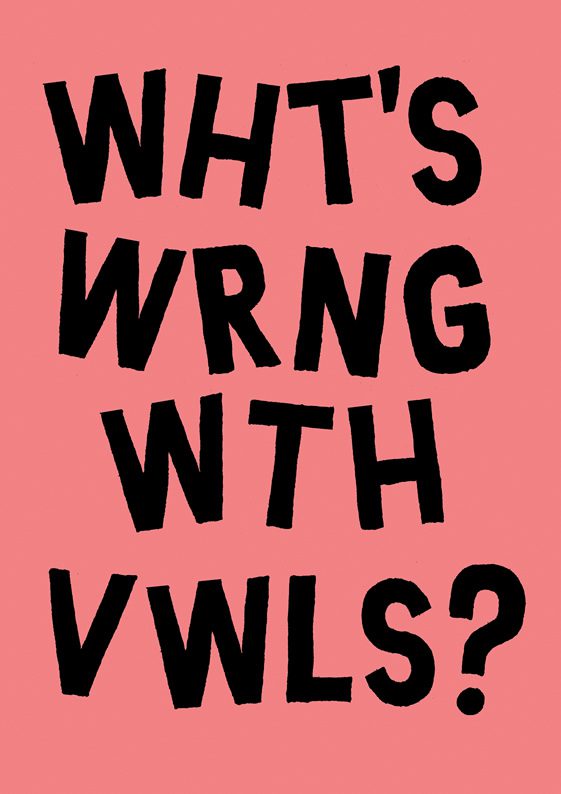 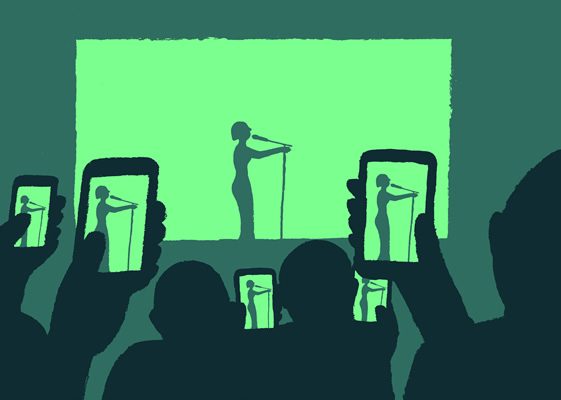 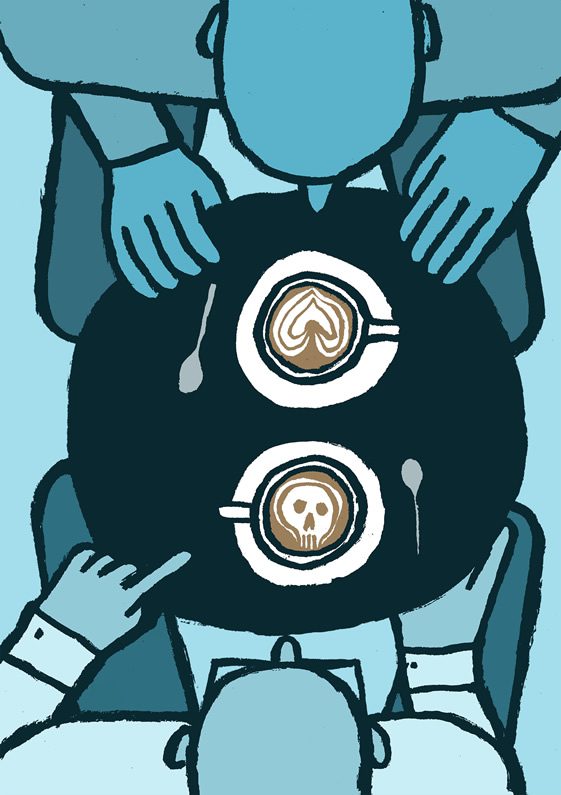