Plug into the mainframe baby, and download data pack FutureIsHere™ v3.0 – here’s a behemoth of a structure that is likely to cause irreparable heart damage to anyone who still wears denim jackets with heavy metal patches. For many years, Iraqi-British architect Zaha Hadid had been spoke of as a member of the elite ‘starchitect’ club – a kind of virtual (existing predominantly in the minds of lazy architecture journalists) member’s bar where the likes of Frank Gehry and Norman Foster trade blows by the pool table – yet, her physical portfolio had been a little on the light side.

Hadid’s vision of rule-breaking futurism is steadfastly becoming very much a part of our real world though: her Guangzhou Opera House, Riverside Museum in Glasgow and Heydar Aliyev Cultural Center in Baku, Azerbaijan have all earned the visionary designer significant stamps on her starchitect member’s card, whilst the dreamy interior of London 2012’s Aquatics Centre – watched by billions this summer – put Hadid’s fluid style in front of a global audience.

And so, over to China (where Hadid’s uncompromising, budget-busting sci-fi architecture really seems to make sense) and perhaps the London-based designer’s most jaw-dropping work to date; Galaxy Soho – a 330,000m² logic-defying business, retail and entertainment complex inspired by Beijing’s sprawling scale. With more curves than a Beyonce tribute act convention, and rhythmic flowing lines that seem to pulsate before your eyes, this expansive triumph of modern architecture is a welcome reminder that the future is only just around the corner – just leave your leather pants at home. 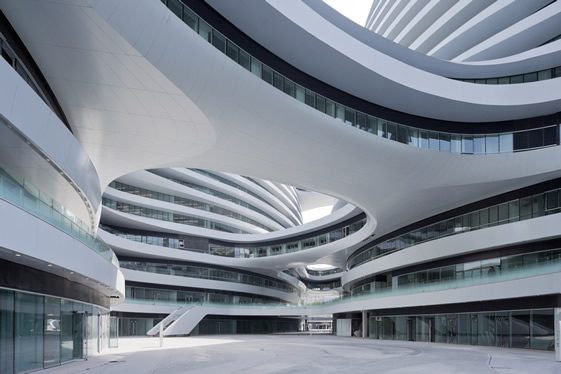 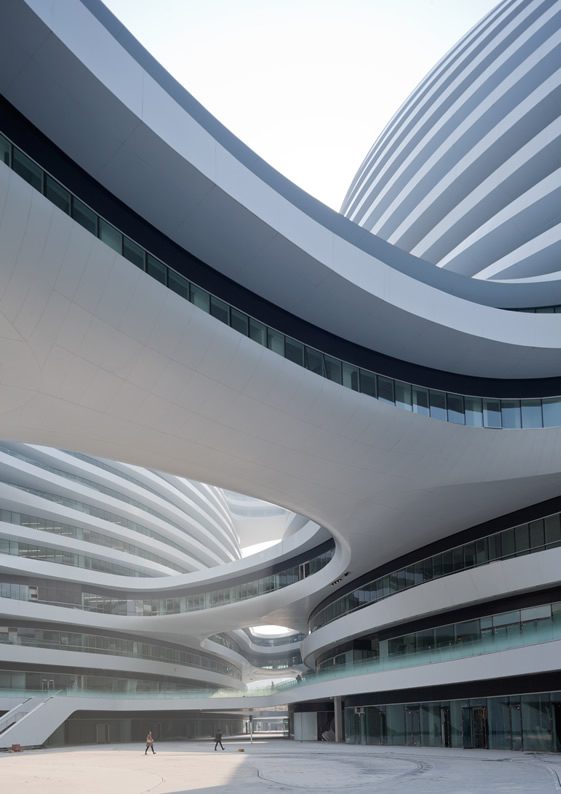 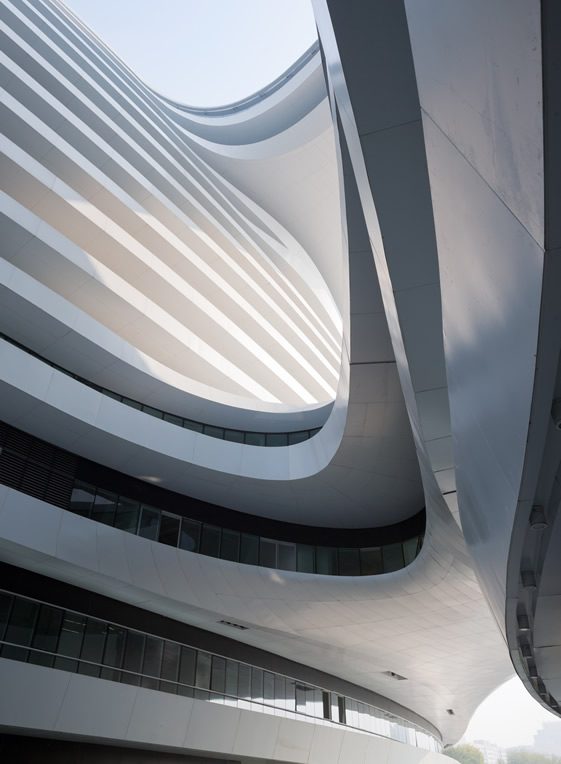 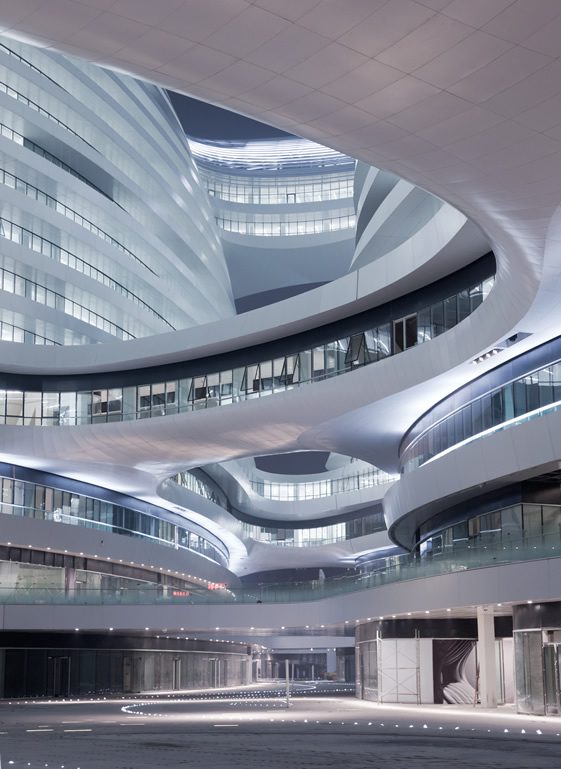 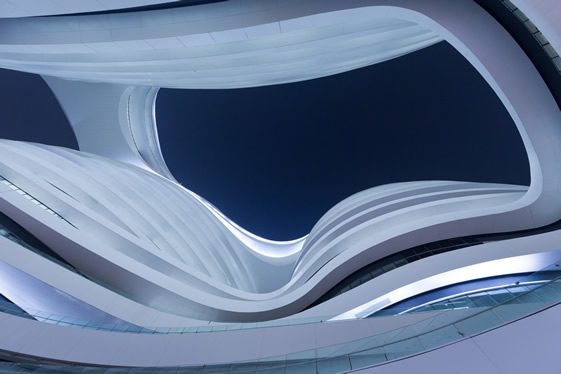 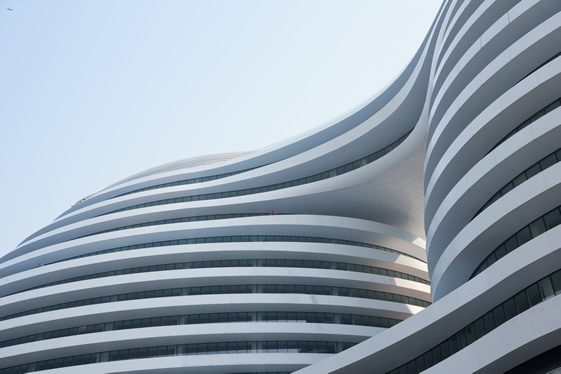 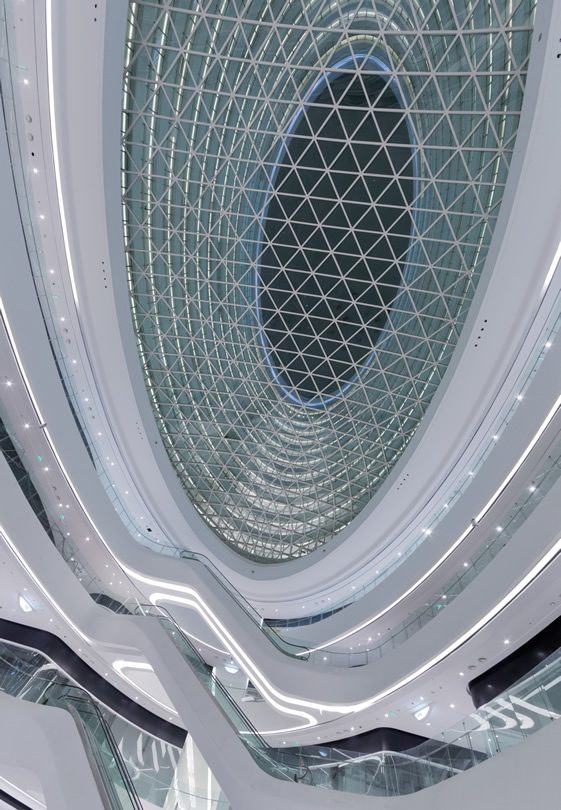 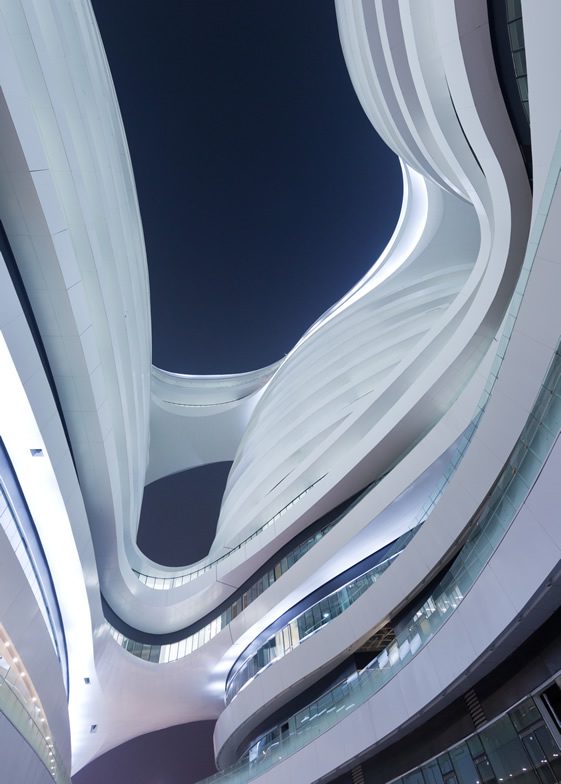