“Oh, Mr Soft, won’t you tell me why the world in which you’re living is so strange?” Soft City is Hariton Pushwagner’s first solo exhibition outside his native Norway, and that he’s chosen Milton Keynes’ MK Gallery to host it points to the unexpected directions his life has taken. Following the success of his most famous work Soft City, a dystopian graphic novel warning of the danger of conformity and capitalism, he spent a decade living on the streets before being rediscovered and enjoying a career renaissance.

In his exhibition, Pushwagner – unsurprisingly not his real name – has brought together drawings and paintings from the last 40 years of his offbeat career. Elements of pop-art, sci-fi, and hallucinatory images pepper the artist’s work, through which a trail of antipathy towards the establishment, war and materialism blazes.

Showing at MK Gallery until 2nd September, Soft City then moves on to Norway and Holland. And, as you’ll see from the trailer below, *Correction, the documentary Pushwagner was released last September. 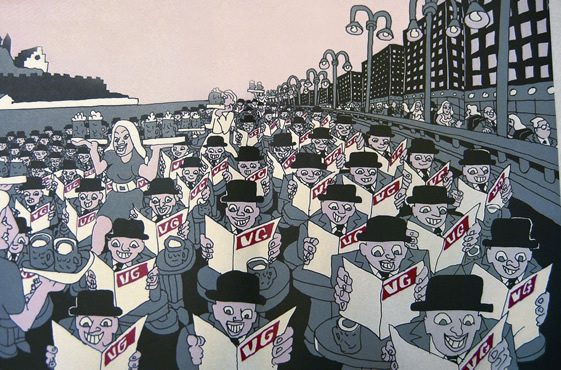 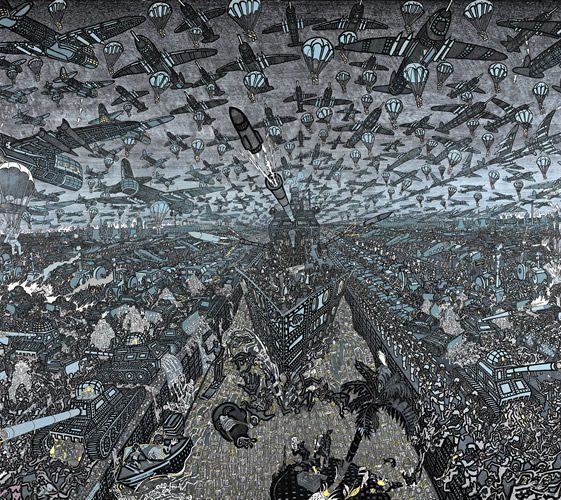 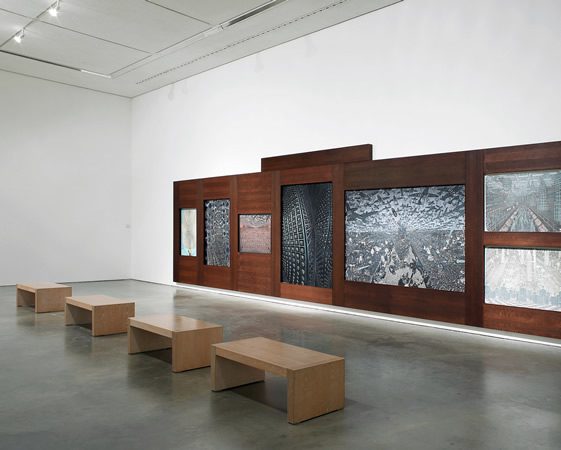 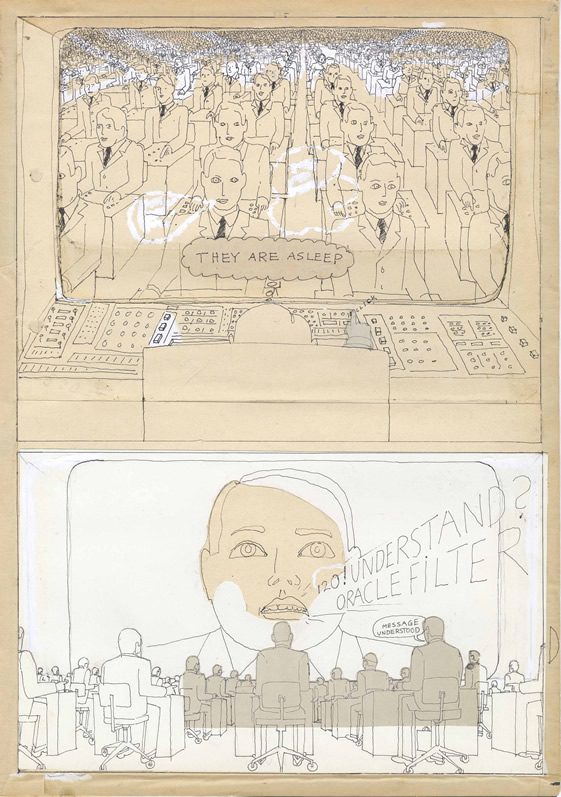 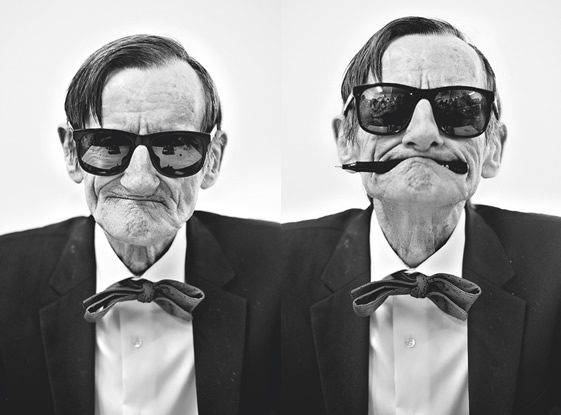 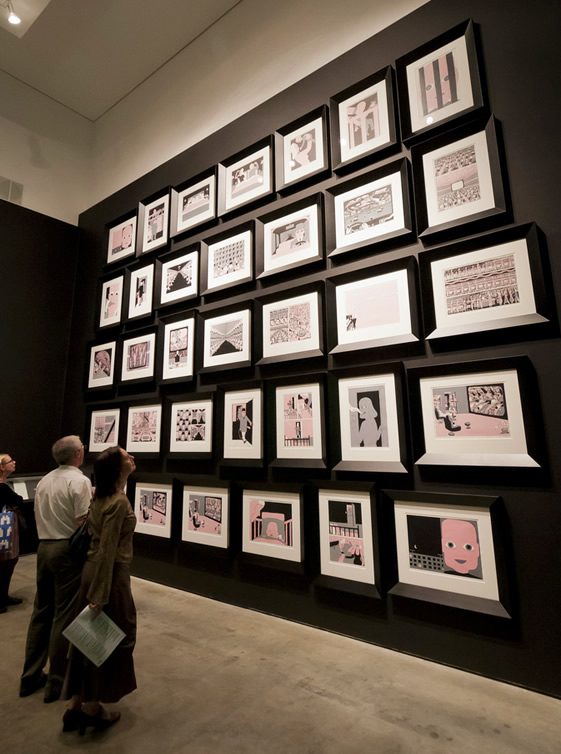 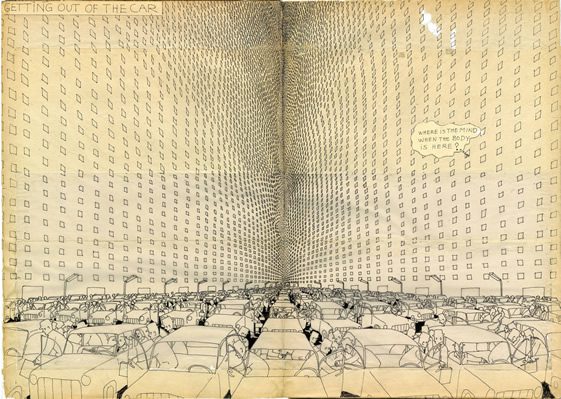 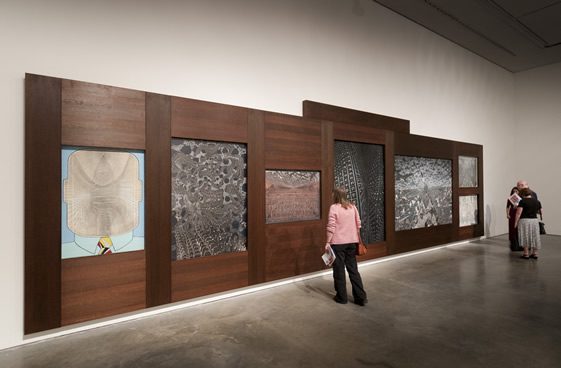 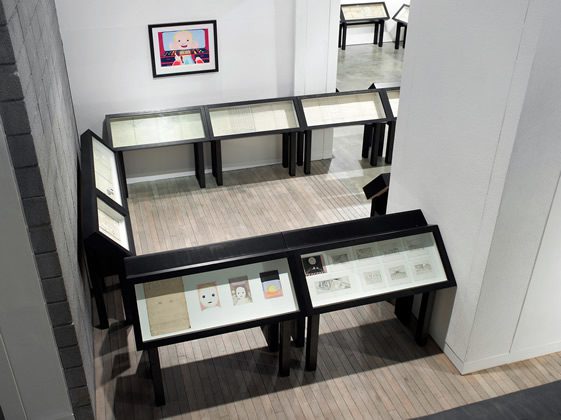 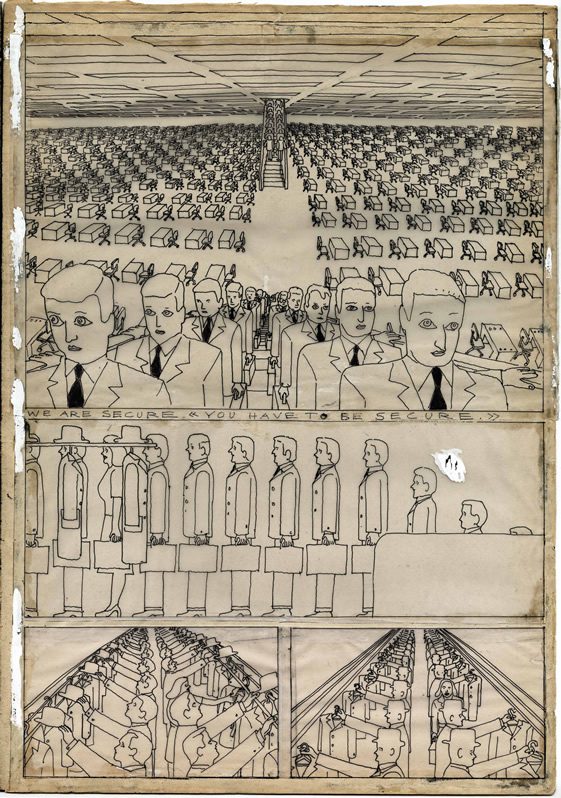 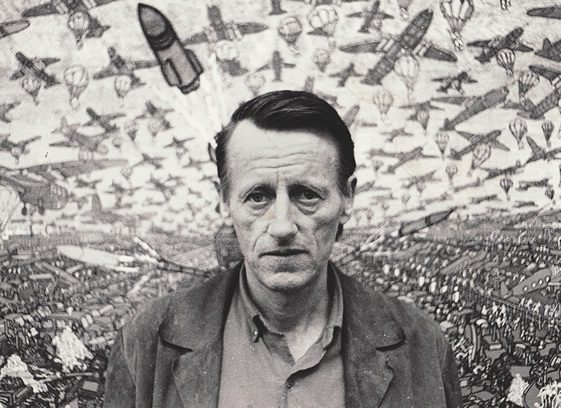