Mischievous, playful, dripping in humour – Bristol-based cartoonist/illustrator Rory Midhani is a recent graduate with much up his sleeve. His exuberant images are expertly crafted, and easy on the eye, but look closely, and they’re packed with social commentary, outsider spirit and occasionally disquieting imagery. There’s feminism, sex, vandalism, school kids hanging themselves and paedophilia… cramming dozens of narratives into single illustrations, Midhani’s images are truly gifts that keep on giving.

We caught up with this talented young designer, to uncover his thoughts on iconic British design, roast lamb, and all things Create GB… 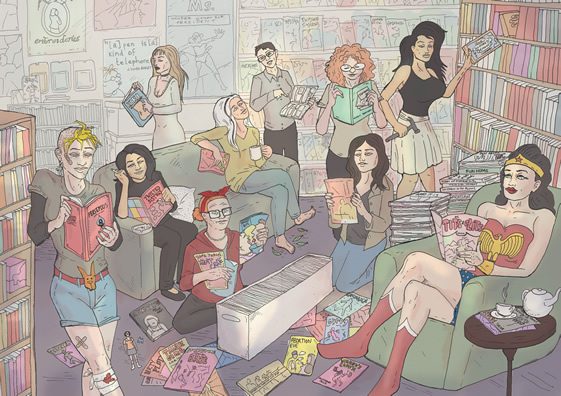 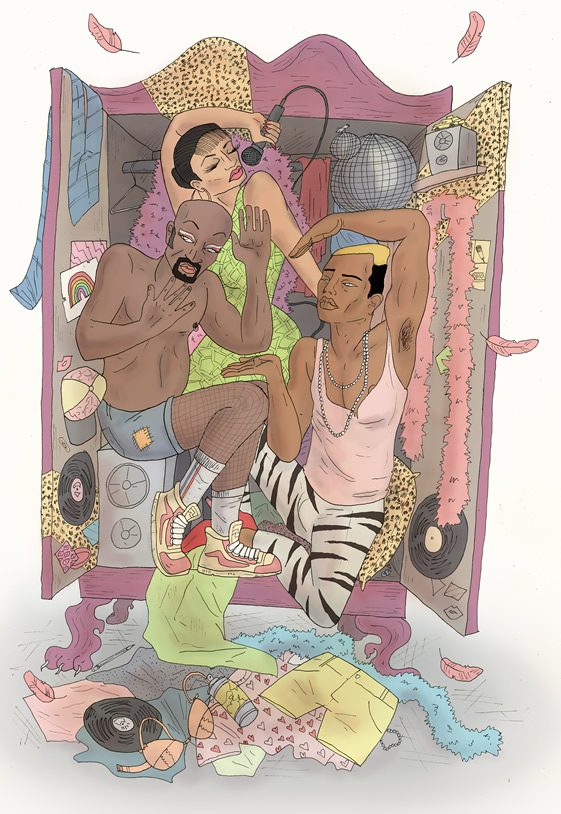 I’m from Birmingham, and now live in Bristol.

Absolutely! In Bristol over summer there’s a different festival every weekend, which makes it a very nurturing environment to be a creative person. It’s a town full of artists of all disciplines, which encourages you to be healthily competitive and means that there’s always someone ready to collaborate with you.

I don’t know that I can define British creativity altogether, but there is a key element seen in all disciplines of British creativity, and perhaps more so in film and visual art. There’s a sense of acknowledging the more mundane, or shittier elements to life – but rather than criticising, the reality is commented on with a sense of affection and humour. 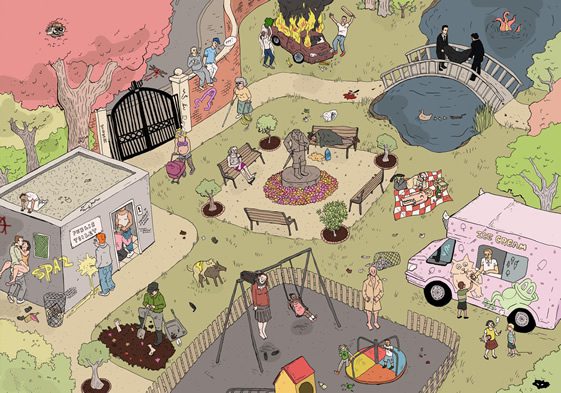 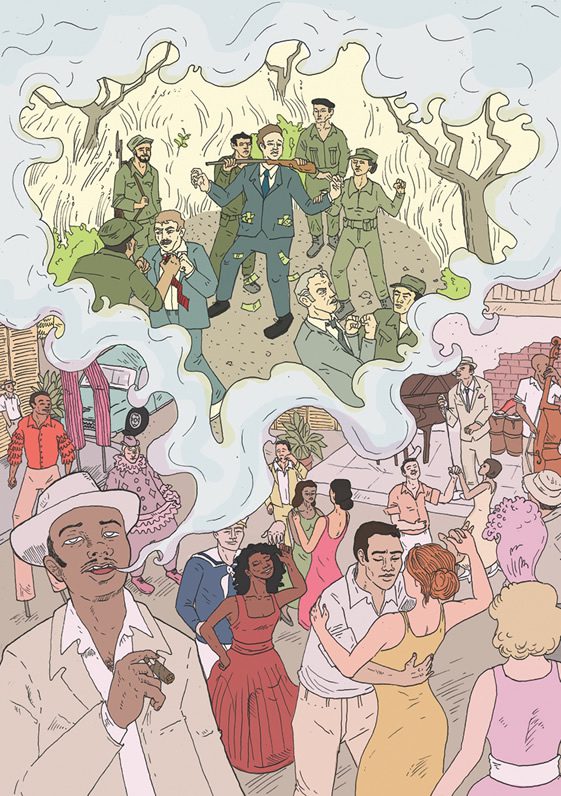 The woman sitting at the top of the steps in William Hogarth’s Gin Lane, and her baby flying over the edge.

Some satirical values, a little grotesque representation and the inclination to be naughty but not ‘bad’.

Roast lamb, or anything where butter is the main ingredient. 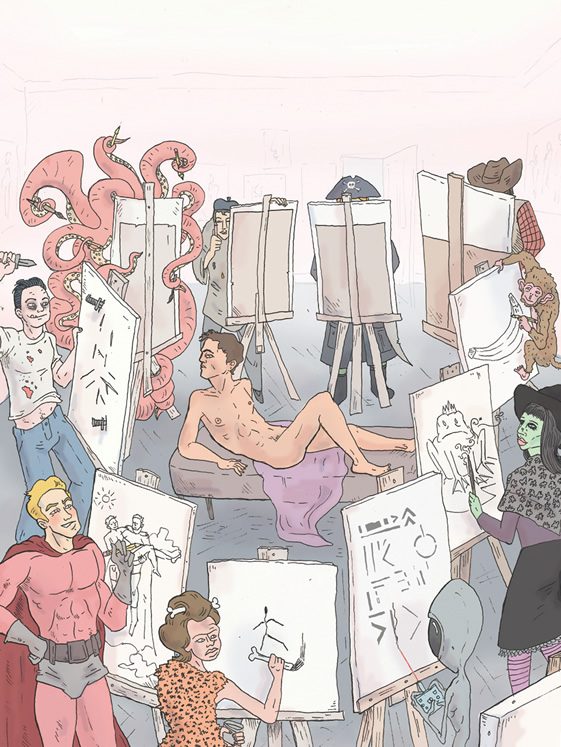 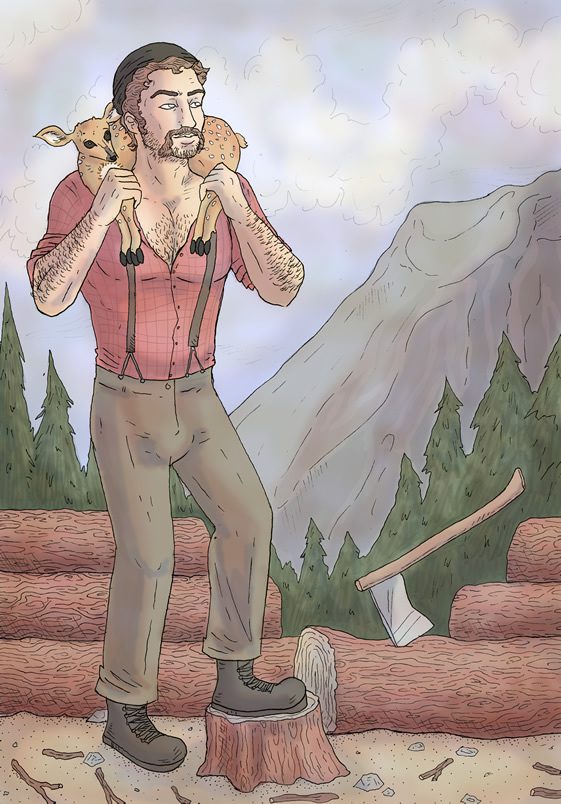