Not being a sporty type, I thought I’d look into the role the creative industries have played in the preparations for the Olympics. University College Falmouth Fine Art graduate, and medal maker, Natasha Ratcliffe has designed a commemorative 50p for London 2012. I spoke to her about how that came about and why it’s important to her to be involved in the Olympics… 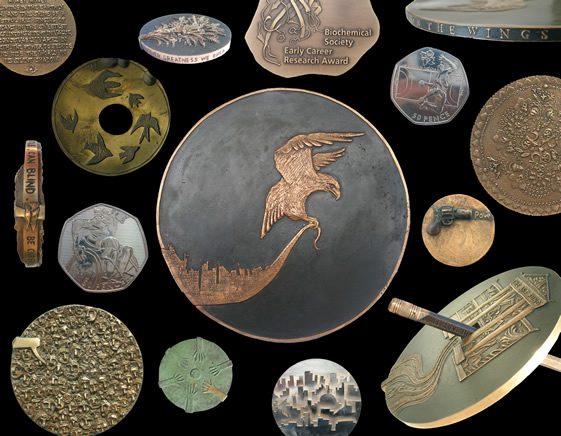 Most people are familiar with medals that people wear, but that’s not what you do, is it? Could you start by explaining a bit about what ‘art medals’ are and what you do?

These are medals not to be found on the chests of heroes or in athletes’ lockers, but the contemporary expression of a much older tradition of medals as works of art. Art medals are generally small hand held sculptures with two sides and a story to tell. Because of their size, they are very intimate pieces of art, very tactile, and because of their expected constraints, they allow you to push the boundaries and create a very animated idea in a solid object. Just like any art, there are abstract contemporary pieces, amusing pieces, abusive, political or just beautiful pieces. The limit of possibilities is only as conventional as you let it be, and contemporary art medals are far from the stereotype that flits into peoples mind when the word ‘medal’ pops up. It is an active world, albeit niche.

Among other things, I design and make medals, personal pieces of artwork that go on to national and international exhibitions. Also commissions from companies, societies or individuals who want a medal for a purpose, be it as an award, a commemorative piece or any sort of long lasting statement. I mainly work in bronze, and I have worked in medallic art for almost ten years, winning awards, scholarships, working internationally and selling pieces all over the world. I currently have a few pieces in the V&A, in a temporary exhibition, and several pieces within the British Museum collection. I was short-listed for the Olympic Victory Medals for London.

How did the commemorative 50p for London 2012 come about? How did it feel when your design was selected? How you come up with the idea for the design?

The 29 different coins for the Olympic fifty pence pieces were selected through a national competition run a few years ago. It was advertised on-line and in newspapers, calling for submissions from anyone, with or without creative background, in the hope that it would create a really diverse and interesting collection of coins in circulation. It was a great opportunity, and so I submitted designs along with many more thousands, I think I submitted six designs in the end, and two were short-listed! It was all anonymous, so I was just very lucky! I was pretty blown away when I got the ‘it’s you’ letter – it’s quite mind-boggling to think of something you make being in the pockets of millions of people simultaneously, some oblivious to its existence apart from its monetary value, others collecting them, others glancing at them.

The ideas were really just based on composition and energy; on a 50p you don’t have a lot of space to play with, so you need to get a strong image that catches the eye right off. The Olympics is a great theme; it lets you really get some dynamics into something tiny and flat, a real challenge. Because of my sculptural background, I also did the plaster models, which were used by the mint to make the actual coins. 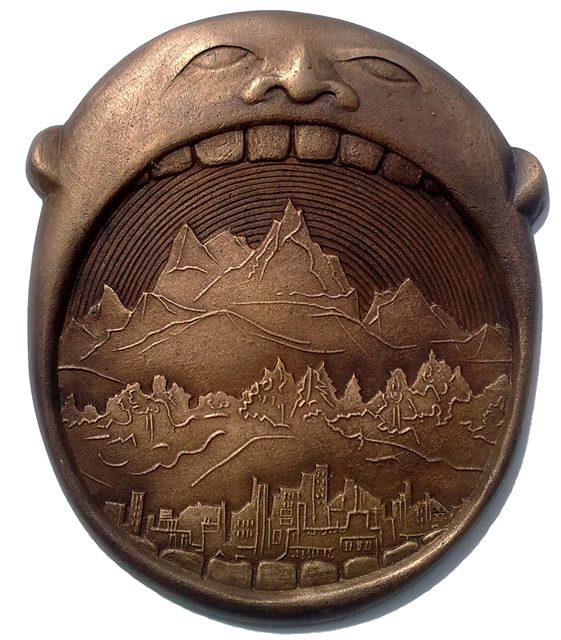 What do you enjoy most about what you do?

Treating each idea like a problem, a narrative, having to gel together so many different layers to make a successful object. I think the challenge is in the size, you have to surprise people, because maybe they aren’t expecting a lot. I suppose like any artist I love it most, when the radio is on, the sun is shining, when your ideas excite you and your hands work without trying.

What’s the importance of the Olympics – to you, to London, to the UK?

It’s the spirit, so many people with such skill, and so much determination, you can’t help but be in awe at what they all achieve. It’s competition – we humans love it. 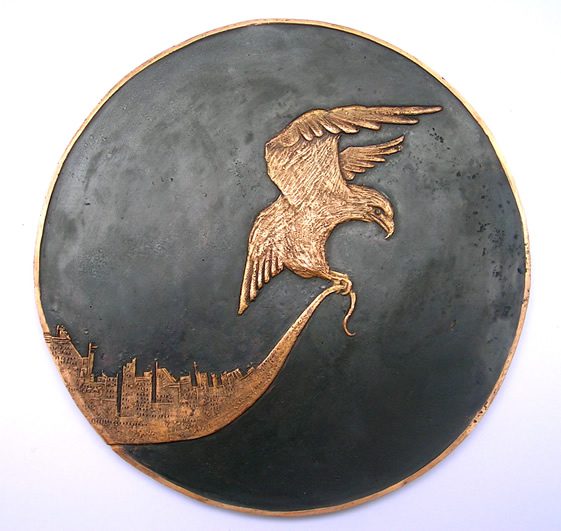 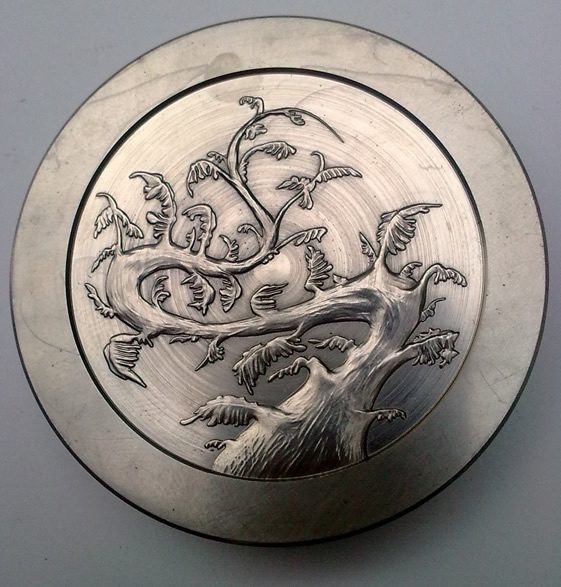 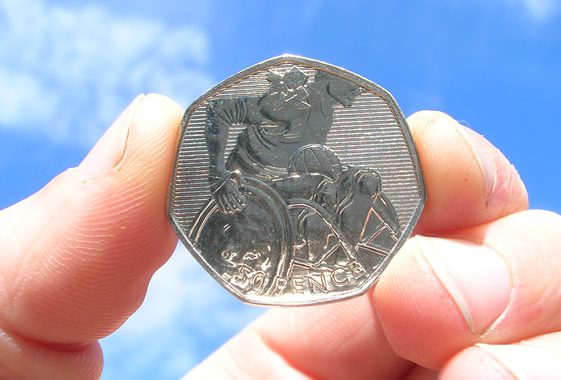 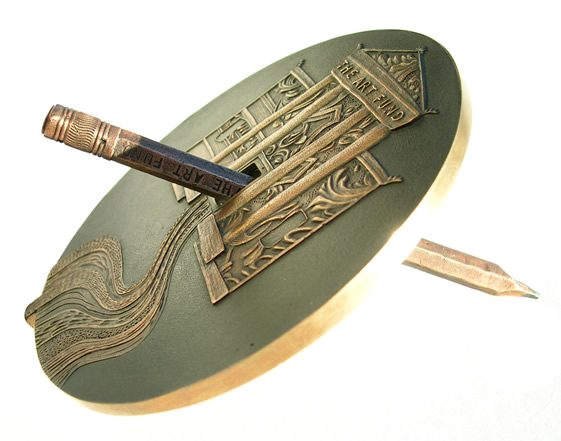