David Gwyther, aka Death Spray Custom, is a man of few words when it comes to his art – “pictures speak better than words, best check out the website” reads his Twitter bio – but, like the man says, when your visuals are this hard-hitting; who needs words? Packing the sort of below the belt punch that Mike Tyson routinely dished out to his opponents (and prostitutes), Death Spray has brought art firmly into the realms of balls-out motorsports… his customised helmets, clothing and art installations – that utilise the likes of car bonnets, petrol cans and tools – are unrelenting in provocation, wit and style.

As we close in on the second week of our Create GB project, we caught up with the man behind this bracing body of work to find out more about his views on British creativity… 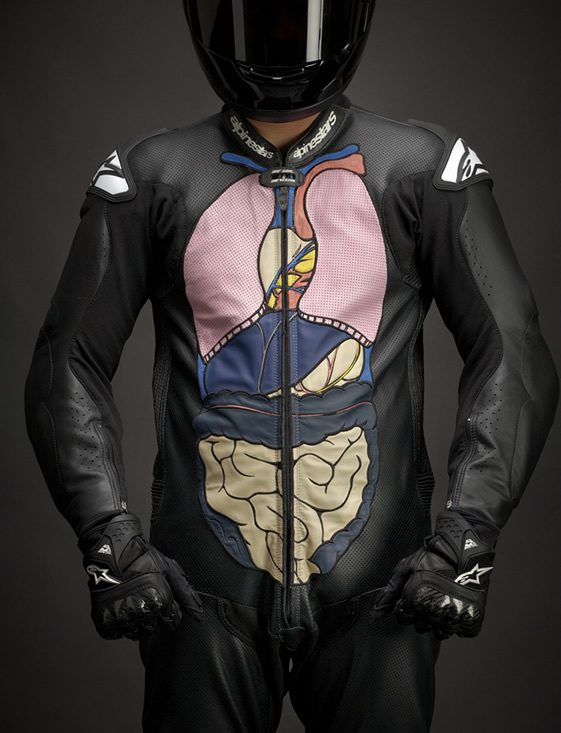 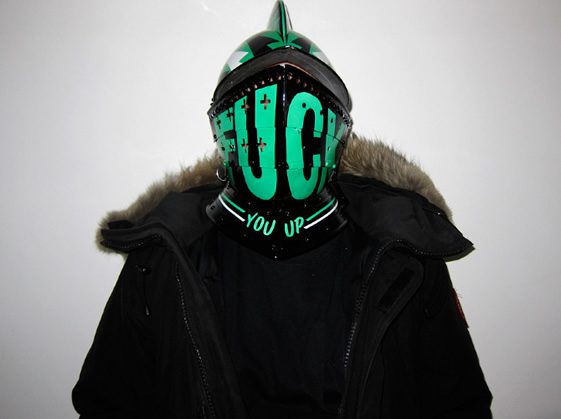 Yes, you are where you live to some extent

In the sense that Britain has it’s own direction, with less influence from the rest of the world

What do you thinking the rest of the world’s view of British creativity is? 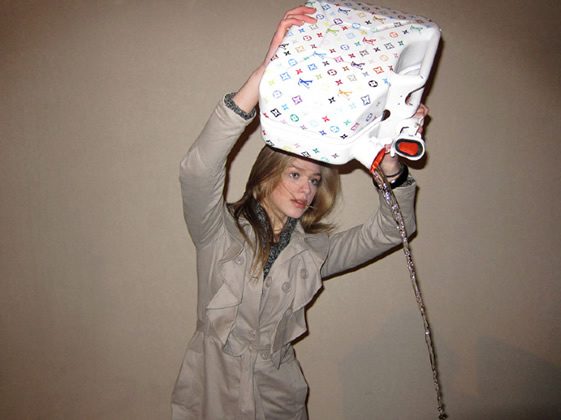 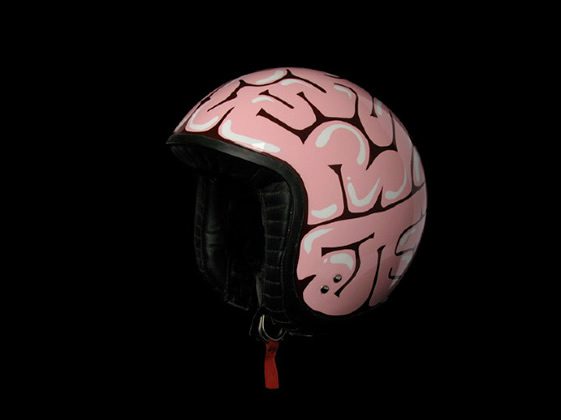 My work is hand made, 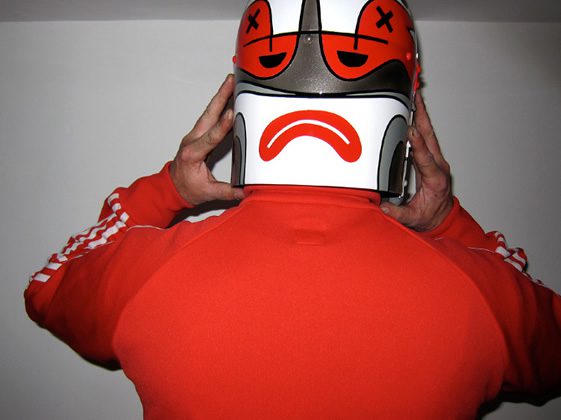 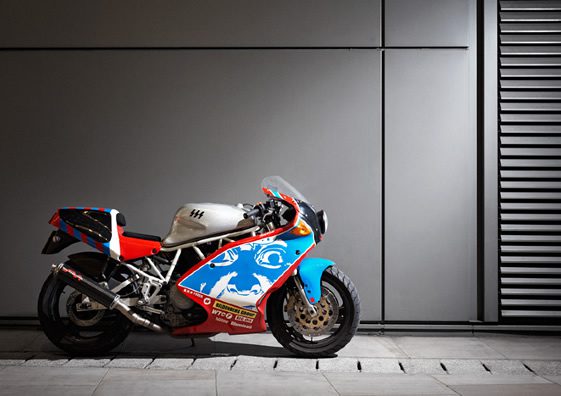 Non-alcoholic, I’m riding a bike of some sort home 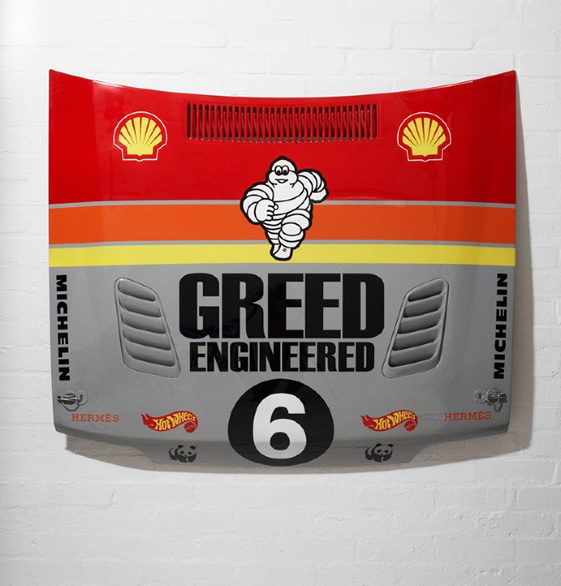 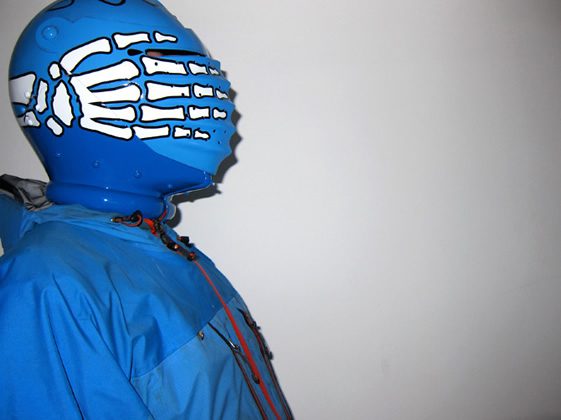 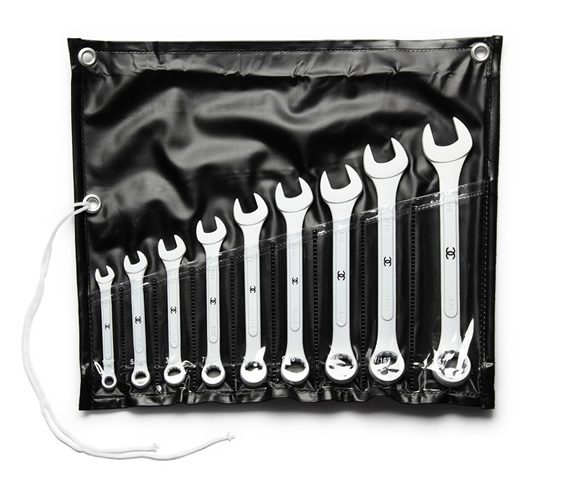