Wouldn’t it be nice, to live in a world where conformity was a prisonable offence? Where convention had been replaced by chaos with a smile, playing by the rules was treated with heavy medication, suits were substituted by Hawaiian shirts and pink skirts; and the status quo was to drink cocktails with your Corn Flakes whilst dancing to Brazilian psych-rock like Os Mutantes. Well, I think so anyway. And, if I had my way, and had fashioned my own little Shangri-La of insanity, then Slovenian design duo Kitsch Nitsch would be my personal interior stylists. They’d design my very own palatial estate.

For, in designing YMS (a new youth outlet for established hair salon Mič Styling), the duo have written the blueprint for how everything must look in my unorthodox little utopia. Like a living, breathing version of some of the best record sleeves of early ’80s disco and electro, Kitsch Nitsch’s eccentric vision sees custom furniture – including those fabulously bonkers mirrors – their own wall vinyl frescos, and two heaped-teaspoons of insane, all coming together to create what might well be the most brilliant interior of the year. 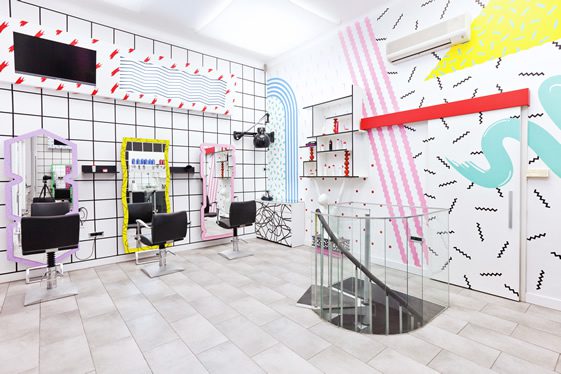 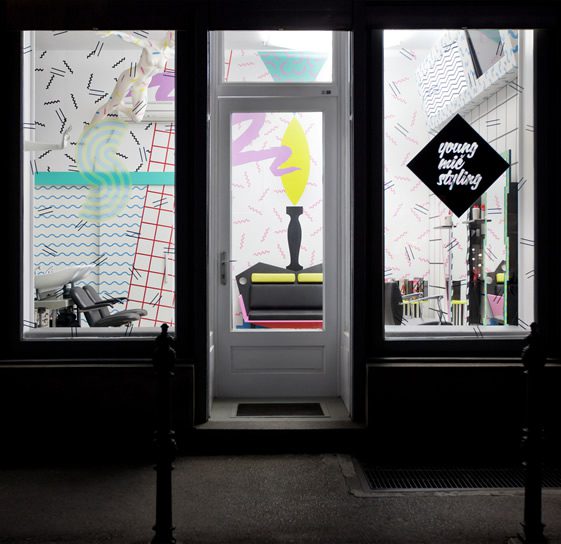 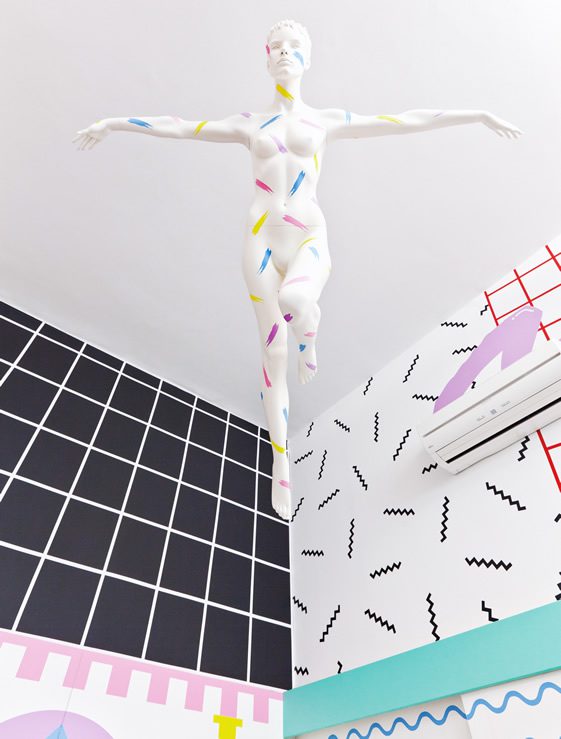 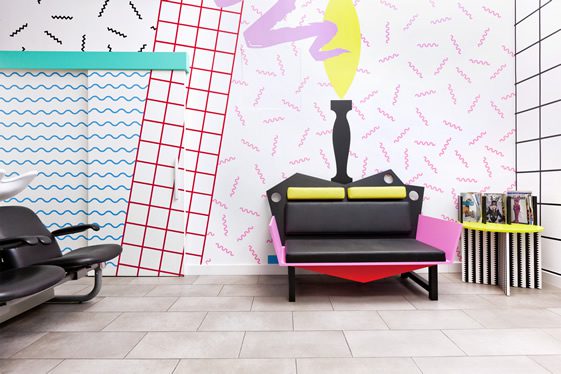 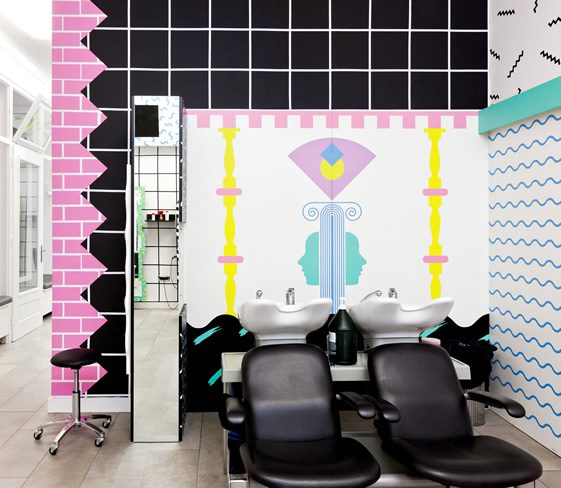 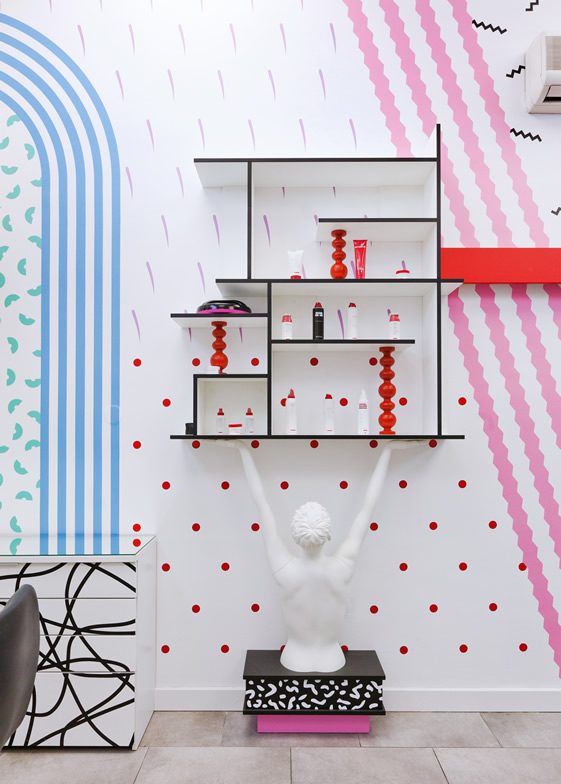 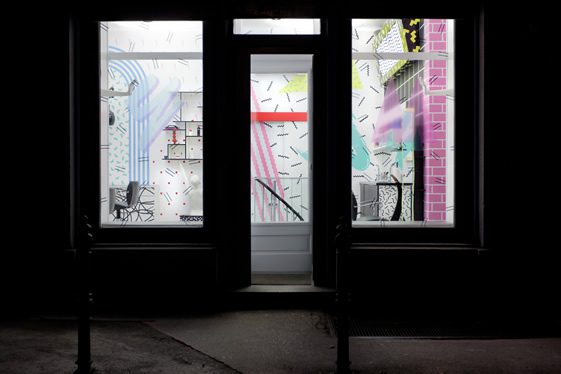 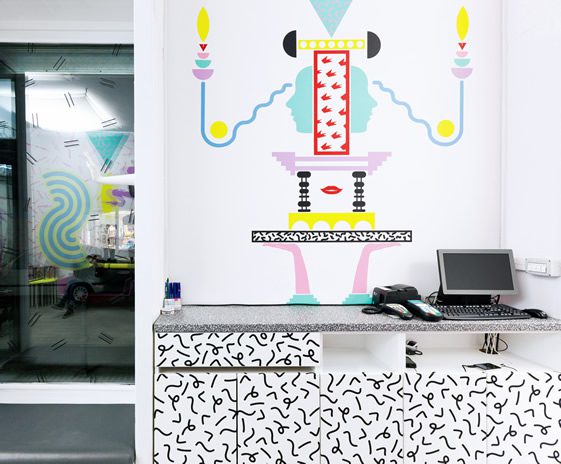 Via: It’s Nice That, via Kate Moross 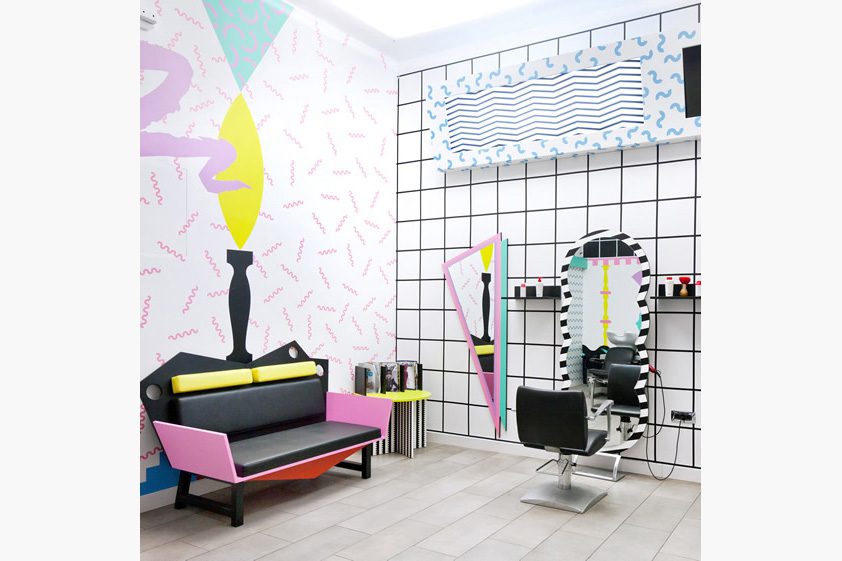 Wouldn't it be nice, to live in a world where conformity was a prisonable offence? Where convention had been replaced by chaos with a smile, playing by the rules was treated with heavy medication, suits were substituted by Hawaiian shirts and pink...