Debuting his Daydreaming with… concept back in 2010, James Lavelle has been continuing to evolve and progress his art meets music project since, and is surely pleased with himself for having pulled off its first international incarnation in the form of a mammoth 20,000 sq ft exhibition at Hong Kong’s ArtisTree venue.

Recalling many of the artists who collaborated on the initial project – Warren Du Preez and Nick Thornton-Jones, Robert Del Naja, Futura, Kai and Sunny, and Nathan Coley – whilst also delving into some of Asia’s most exciting names – Cang Xin, Li Wei, Wing Shya, Prodip Leung, Jayne Dyer and Huang Rui – Daydreaming with… The Hong Kong Edition is co-curated by Lavelle and Hong Kong installation artist and painter Simon Birch. It’s impressive, very impressive… this is urban and contemporary art on a museum scale. It’s audacious, and of course, quite brilliant. We spoke to Lavelle to find out more about Hong Kong and beyond… 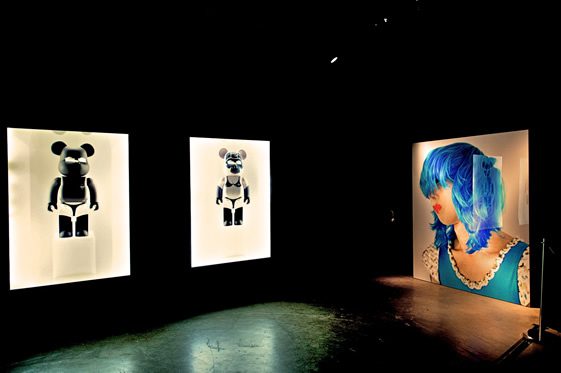 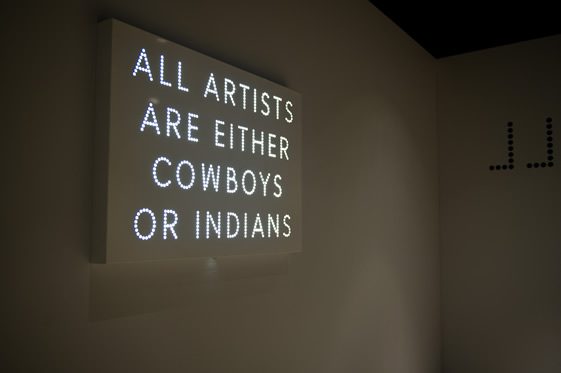 So are you still out in Hong Kong?

No I’m back. I’ve been there a lot over the last couple of months, I did the opening and I did the set-up of the show, but I’ve come back and that’s me now for Hong Kong.

How’s it going over there?

It’s brilliant. We’ve had 2,000 in the opening weekend, so on an economic level as far as attendance, it’s been outstanding really for Hong Kong.

Do you think that’s because it’s a new thing for the city?

There’s music and it’s very installation based, so it’s quite a big experience – and whilst I’m not saying it’s going to change the world, or that it’s the most important thing in the world in that way, what it does show is that you can join the dots and you can break down barriers and bring people together… and that’s the intention. As well as trying to have something that adds value to music, and just trying to be creatively spontaneous… all of those different elements.

So, I’m really pleased, and I think it’s a very un-institutional part of the world as far as the art world goes. It’s like an open canvas which is always very exciting, and it’s very different than doing something in New York or Berlin, or London – which are saturated with shows. 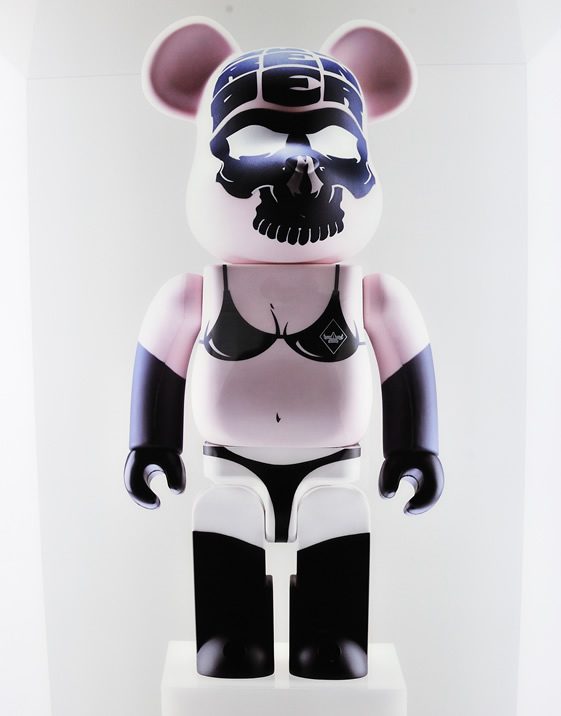 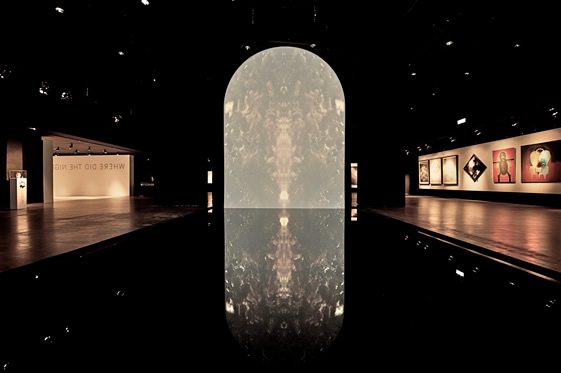 Ever since the early days of Mo’ Wax, you’ve strongly linked art and music – was this a conscious decision from the beginning?

It’s something that I’ve always done. I felt it gave me much more focus to try and do something like that, so it has felt organic in a way, and it’s allowed me as a creative person to work in a certain way. When you have a label you get to work with loads and loads of different people, whereas when you’re in a band, you’re only able to do so much because there’s only so much material.

So in that respect, it’s a lot more like going back to Mo’ Wax – but what is interesting about it is that it not just feels free like Mo’ Wax, but it feels new… the creative process, people coming together, so that’s really fulfilling.

Back in those days, it was Japan that was a big source of inspiration for you – how does it differ from Hong Kong?

Japan has much more of a tradition of art and music history, but the environment is similar, it’s an amazing mixture of old and new. It’s a fantasy world, you know – for a kid who grew up in Oxford. Those visuals and those environments will always be hugely influential to me as an artist and a musician, so to be able to come back to Asia and start our first show outside of the UK, it’s really exciting, because it just shows the 6 degrees of separation, and going full circle. And that’s really great. I just love that part of the world. 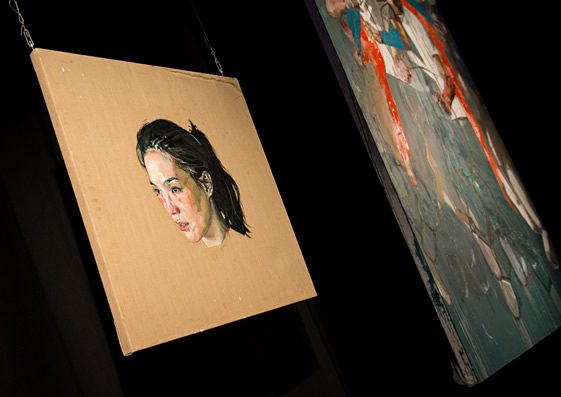 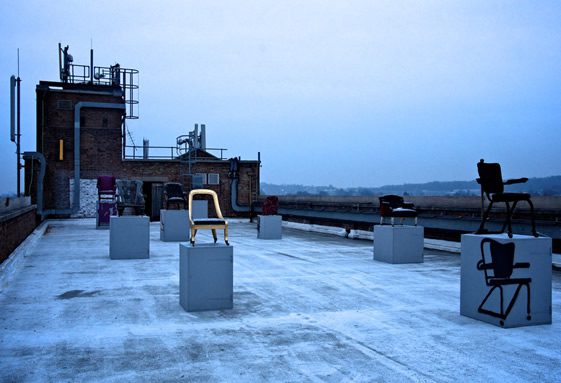 We’re speaking to Clarke & Reilly, who really blur the lines between art and product design – it lends the exhibition incredible diversity, but some may call it a scattergun approach; how far can the Daydreaming with… concept stretch, does it have its own boundaries?

I don’t think so, the idea is that it’s all about breaking down those boundaries and showing creativity with creatives for the creative for what people people produce rather than what genres or what disciplines they necessarily come from. Lots of people say Hong Kong isn’t an art scene, or it isn’t visually led, but walk down the street… I mean, fuck me, whoever built that skyscraper is visually led.

It’s just how you see art, it’s all in the eye of the beholder really. And for me, it’s all about the contemporary view of modern culture. I’m much more interested and influenced by Andy Warhol than I am by Rembrandt. He always thought that the best art was advertising and I tend to agree. I don’t mean that as in technique but I mean it as in the power of visual entity… when you see an I ♥ New York t-shirt, you can’t escape how brilliant it is.

Whether it’s a graphic design or a commercial design, it’s still an image that resonates and that’s the kind of thing I love.

The show runs through Hong Kong Art Fair, are there any special events being planned?

We’re doing the closing party in the space because there’s no other space that’s the same size we have – it’s 20,000 square feet! We’ve got the support of Art Basel and Hong Kong so we’re a part of the programme but we’re not actually paid for by them. And that’s cool that they’re supporting what we’re doing. 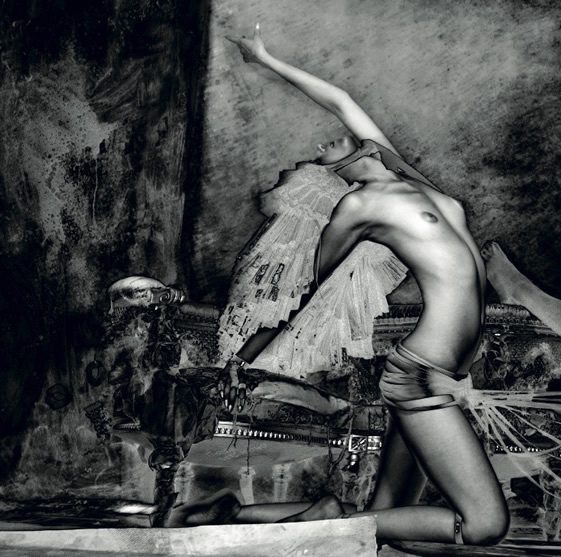 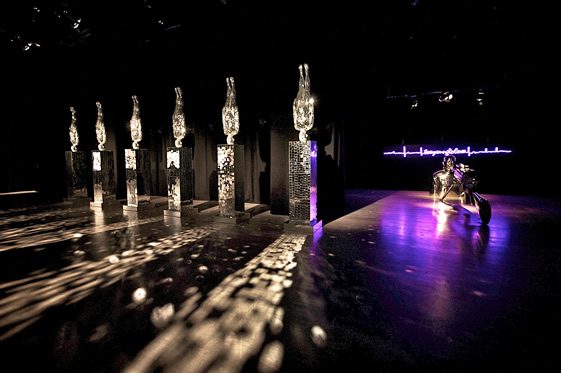 From London, to Hong Kong – I guess the idea is that Daydreaming with… is a transient platform that could pop up anywhere, and in any form. What’s next, and what’s the ultimate goal?

The goal is that I’d like to do another show in the UK and then maybe something outside of the UK again… we’re looking with the relations we have in Asia, so somewhere like Japan or Beijing – and then ideally somewhere like Berlin, New York or LA. Something like that would be really great to do and we’re already talking to people about it. My idea was always to have it as an art/music touring festival – it needs more of a live performance element to it. There’s so many things we can do… I’d like to be more involved in youth culture, university culture… we want to be more involved in workshops… but all of these things are based on budgets, and we’re a small thing just trying to grow. 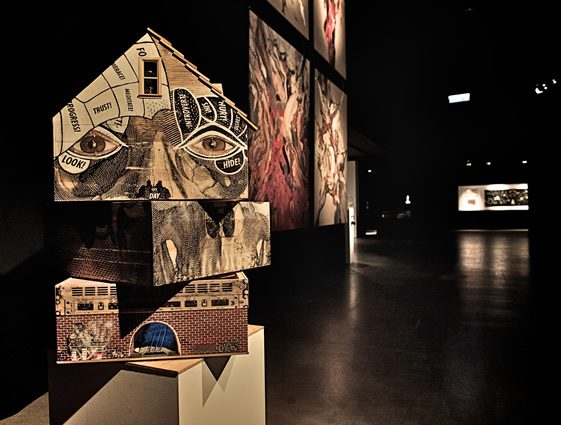 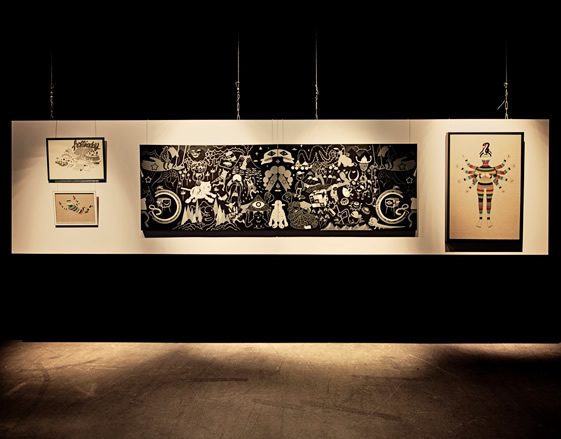 Has UNKLE just become a project that serves to soundtrack art and exhibitions, or are you going somewhere else with it?

No, no, no, I’m making another record which will probably come out at the end of next year. Daydreaming is Daydreaming. I don’t foresee that every Daydreaming with… is an UNKLE thing, the idea was that it would be great to offer it to somebody like-minded, for arguments sake Robert Del Naja, Nick Cave or Thom Yorke… somebody that has worked within the different genres of the art world to curate shows. Or bringing in people from more of an art background, but who are really into music.

Really for it to be like a Meltdown [the Southbank Centre’s annual musician’s takeover], I see myself helping to collaborate and facilitate people, but I don’t think it’s always gonna be a James Lavelle or an UNKLE thing. 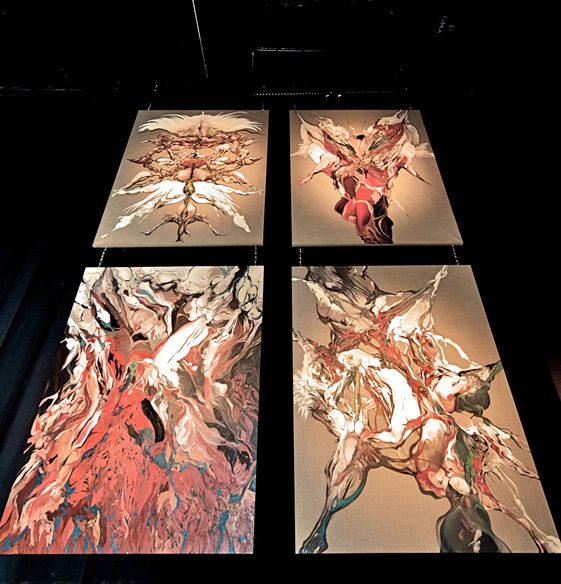 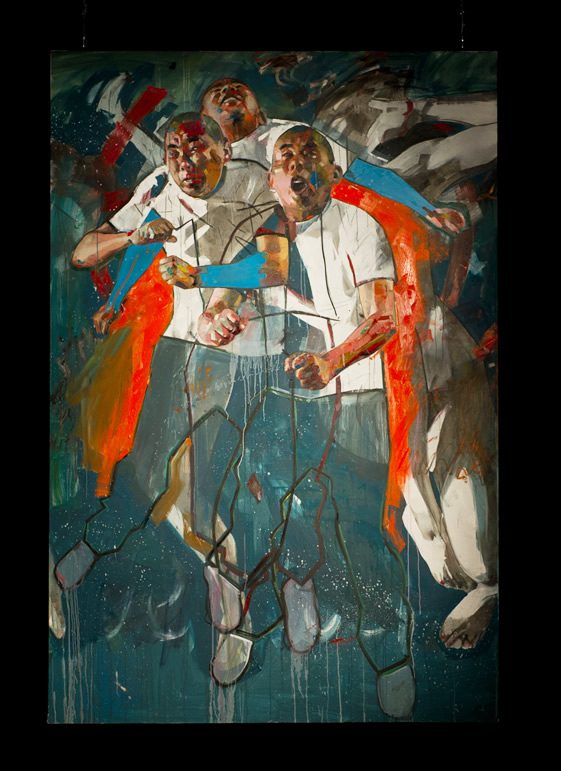