The world of social media we live in has afforded photography somewhat of a welcome renaissance – the likes of Instagram turning everybody into a photographer, and in-turn heightening the Lomography-craze even further. High quality cameras on smart phones mean we can take images anywhere, at anytime – but it’s also helped push those with compacts onto the next level, especially so with the rise of compact system cameras. Technology’s also made a lot of us believe that the world is now a smaller place, encouraged us to interact with similarly-minded strangers around the world.

It’s a good time then, for those behind Aday.org to potentially create something very special. For, on 15th May, they’re asking us, you, we, them – everyone – to photograph their daily lives, and upload it. Fundamentally, it’s a basic concept – but the results could potentially offer a life-affirming insight into 21st century culture. Sound a bit of grand proclamation? Maybe, but with the likes of Archbishop Desmond Tutu, Richard Branson (I’m going to put those horrific ice-cubes down as a blip Richard, OK? It’s your last chance), and astronaut André Kuipers (who’ll be on board the ISS) showing their support, Aday.org looks set to be a major event.

So, whether it’s a homemade camera obscura, or a swanksville Leica digital – 15th May is your day. Get out, doing what you do – take a photo, and upload it. It doesn’t get more simple, and with exhibitions, books and research all planned post-event, you’d be a fool not to be involved. 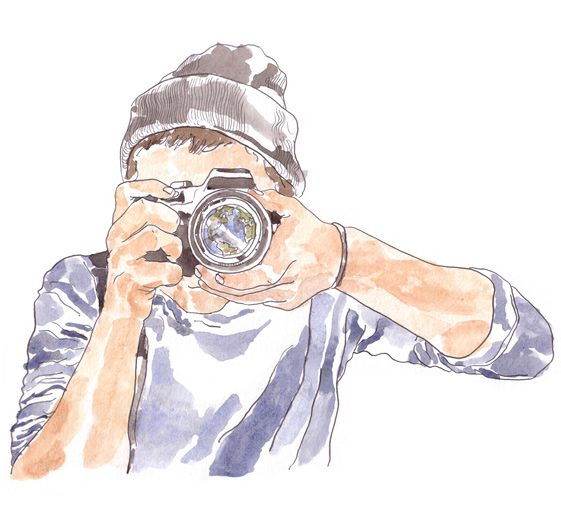