Go to New York, search Manhattan’s skips, bins and building sites for waste materials, build a boat from said materials, cart it up to the source of the Hudson, and row it 315 miles back to the Big Apple. Simple. In theory. In practice however, it’s an adventure of epic proportions – a Herzog-inspired battle with and against nature, and James Bowthorpe – the serial adventurer who’s proposing to do just this – is clearly inspirational and insane in equal measures.

Luckily for us, his Hudson River Project cohort Antony Crook –
a New York-based photographer with an eye for the inspirational – is planning to document the whole thing. And, upping the epic ante, Scot soundscapers Mogwai are onboard for the soundtrack. There’s just one thing – they need your money to make it happen. The guys have a Kickstarter underway, and this is one such project that we’d absolutely kill to see come to fruition.

Inspired, intrigued, and overwhelmed by the duo’s grand plans – we had to find out more. Read on for our fascinating chat with James and Antony and, by the end of it, you’ll be emptying your wallet to make this happen…

How did you first meet, and start working together?

James: Antony and I met through my girlfriend – we met in New York where Antony is based (he’s from Bolton)… We talked about the different projects we were working on. I mentioned the Thames River Project idea to him and he said that he’d love to photograph it. I said yes, because he makes a mean photograph. So, we did that first.

Did you think James was mad when he first started to talk about plans for his adventures?

Antony: No, I was into them – immediately into them.

How does this differ from anything else you’ve done before?

A: I see it as being consistent with and a development of my other work, I’m often looking at journeys, and a single figure in a landscape, with stillness and space. These are things that we’ll be seeing in this project. 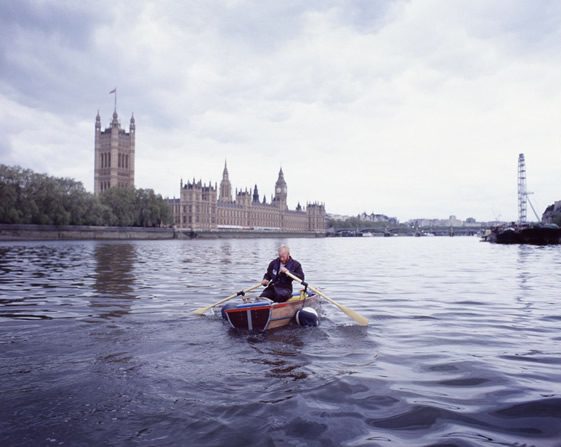 So, James – record-breaking cycling adventures, the Thames River Project and now the Hudson River Project… Do you just wake up in the morning on a whim and calmly decide you’re going to do something that would reduce us mere mortals to quivering wrecks – or do you cook up these harebrained schemes over a number of years?

J: Well, I think these things are all responses to something that I’ve been thinking about for a long time or have wanted to do for a long time. In the case of the round the world cycle I had wanted to do that since I was 18, but had written it off as I thought it would take too long. Then the perfect storm formed – Someone had just set a new world record that I thought I could beat and I was looking for something to do to raise money for a Parkinson’s research charity that I was volunteering for. Thames River Project and Hudson River Project have both come out of ideas that I’ve been thinking about for a long time, but the ideas come quickly when they come. I think its the same for most people. 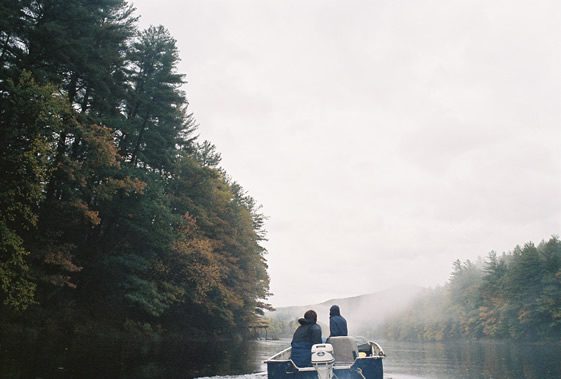 The Hudson River Project was born from you and Antony collaborating on a similar project in London, what did you achieve with the Thames River Project – and what have you learnt from it?

J: The first thing was that its a lot easier than I thought it would be to find enough materials to make a reasonably fair boat. I walk past skips in London now and think, well there’s a boat, maybe two in there. TRP was an experiment to see if its possible to make a boat out of a city’s waste, and it is… The boat still exists and floats to this day. 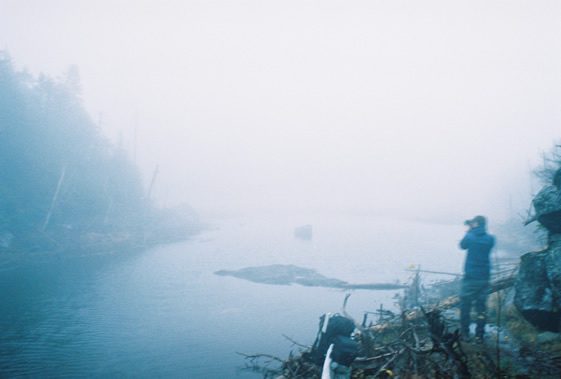 You’re aiming to collect parts for your boat from Manhattan, before building it, taking it to the Hudson’s source, and rowing 315 miles back – I’m nervous for you already. Are you designing the boat first, what level of testing will you be doing – and what happens if it falls apart after a few days?

J: Well I have a loose design in my head. The Thames boat just formed itself as I was making it and ended up being quite similar to the vernacular Thames rowing skiff, if not quite as beautiful. For the HRP boat… of course I don’t know what materials I’m going to find but I have a rough idea from my walks around the city.

It’s probably going to made of metal if I can find enough – New York is made of steel, so this boat that is the city’s offspring should be too. There won’t be a whole load of testing. I’m sure there will be a certain amount of repairs to be done along the way, but then there’s plenty of rubbish floating in the Hudson itself. That is the spirit of the story, us responding to what we find, adapting to what happens to us. 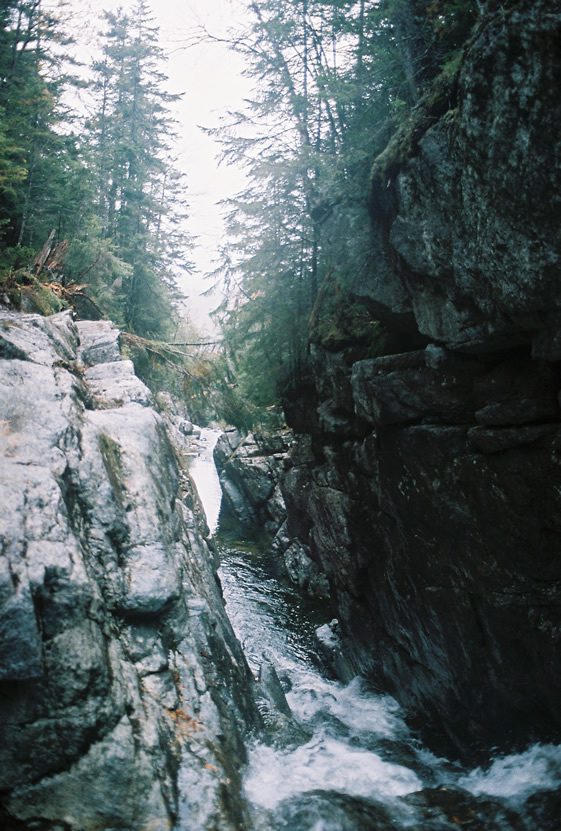 You’re planning on 5 weeks to row back, it’s no mean feat – how long are you planning in the water each day?

J: We’ll be doing very early mornings and late afternoons to get the light right – a lot of Antony’s work happens at dawn or dusk. I would estimate 7 hours a day on or in the water.

Antony, how closely will you be following?

A: I’ll be filming James every day; when we start collecting material on New York’s streets, taking the boat to the start of the river then the journey back to the city. When James is on the river I’ll be either filming from the banks, or alongside in another boat (when the river is wide enough). I’m also going to looking at some of the other stories along side the banks, and we’ll focus on those at times.

We’re going to be developing an interactive website along side the film with Ben Tricklebank (creative director of Arcade Fire’s famous dalliance with HTML5, The Wilderness Downtown) and using Mogwai’s score. here we’ll get the chance to really explore the river, hopefully in a way that has never been done before.

Sounds like you’ll be fairly exposed to the elements, are you even an outdoors type?

A: Yes I am outdoors type, but I also love the city. We’re hoping to connect to two here and remind us of how closely they are linked. 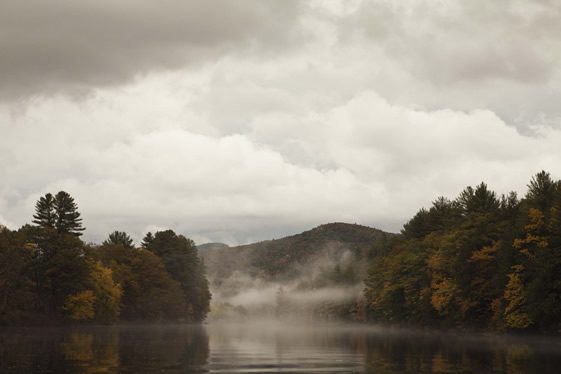 I’m fascinated by the quote from Stephen Meyer that you mention on your website James – “what separates the Brazilian rainforest from New York’s Adirondack Preserve from Manhattan’s Central Park is only a matter of degree”. Do you hope, in the transition from the wilderness of Lake Tear of the Clouds to the frantic metropolis of Manhattan, that the film will give its viewers a sense of this thin line between what we perceive as wildness and civilisation?

J: Yes, but to be honest I don’t really see it as a thin line, or a line at all. I think that we make a deliberate separation between ourselves and what is referred to as Nature and I’m not sure why, especially as we are mammals, not the descendents of aliens who have since departed this planet (or are we?). Setting up things as opposites is useful in the short term as a way of organising the world in our heads, but I don’t think it helps us see things clearly. I do this as frequently as anyone else by the way…

Also, its a circle, not a line. Its NYC, to Lake Tear back to NYC, so the transition between the two is endless, just as the rain clouds from the ocean hit the mountains and the skies open. 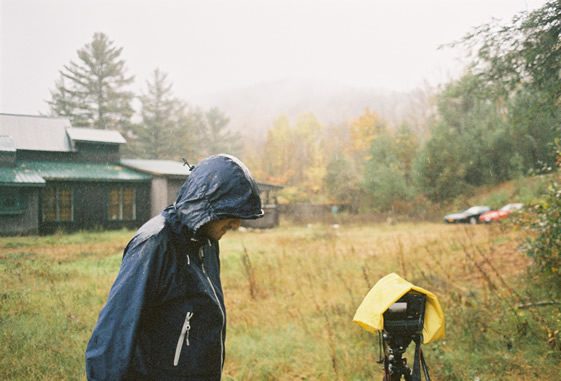 How did the collaboration with Mogwai come about?

A: I started working with them after a conversation I had with Stuart Braithwaite from the band. I mentioned how I thought that some of my photographs have a similar feel to their sound, he and the band agreed, and I shot the artwork for their last album, EP and singles. Plus, I’ve done a few music videos for them.

J: They’ve been onboard since Antony first suggested it to them.

I couldn’t think of a more perfect band to soundtrack a project like this – how involved are they personally?

J: They are very excited by the film and have started knocking ideas about – we are all fans of Herzog’s films Aguirre Wrath of God and Fitzcarraldo (a tale of another seemingly mad man dragging a boat up a mountain) and the soundtracks to those films have been talked about as jumping off points… 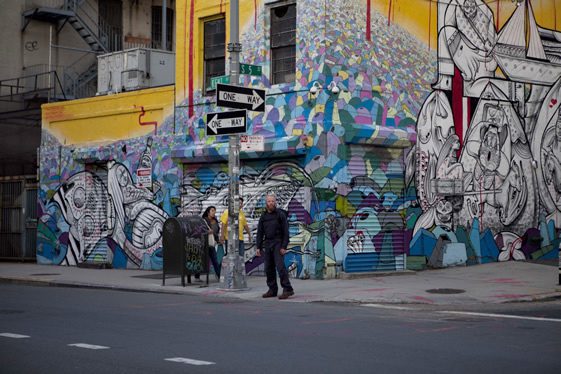 You’re about to become a dad for the first time, which do you imagine being the most challenging?

J: No contest. HRP is an imaginable, containable prospect to me, with a goal at the end of it… fatherhood on the other hand entails meeting an entirely new person, loving them, and looking after them for an indefinite amount of time.